Prominent Portuguese politician Rui Rio has criticised the decision for ‘foreigners’ to be allowed into the country for this weekend’s Champions League final.

Rio, the president of the Social Democratic Party, expressed his concerns over the effect the travelling football supporters may have on the ongoing coronavirus pandemic and accused some of causing ‘disrespect’.

Manchester City will face Chelsea tonight in the all-English showpiece, but the build-up in Porto has been marred by ugly scenes and clashes between members of both fanbases and riot police. 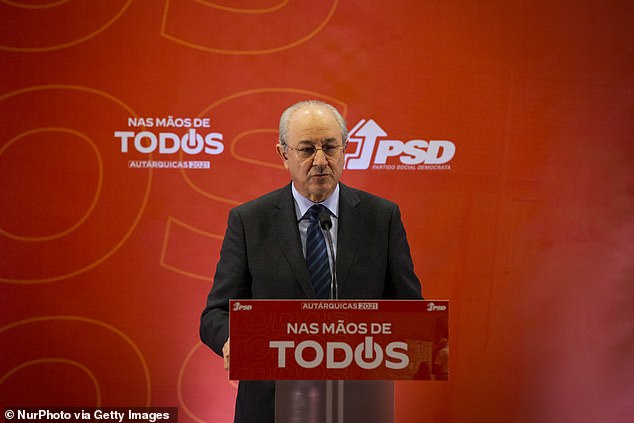 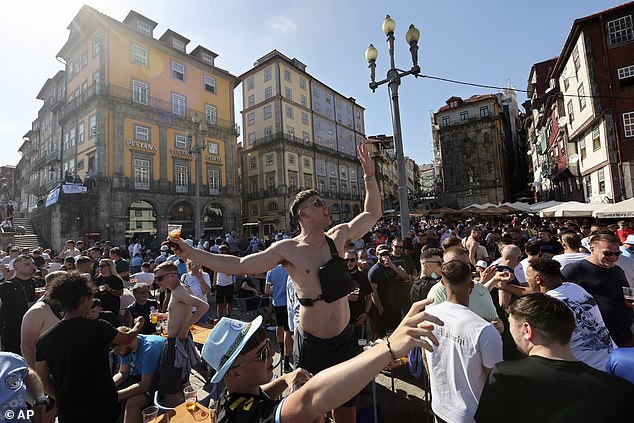 The match was moved from initial host city Istanbul to Portugal as those jetting into the latter will not have to quarantine on their arrival. This has allowed up to 16,500 spectators to attend at the Estadio do Dragao.

However, despite the strict procedures in place which will see supporters taken to the ground and then back to the airport, Rio savaged the events and questioned why Portuguese clubs were not allowed fans in during their season.

‘This has to be done realistically, which is not always the best,’ Rio said. ‘I can’t understand how we, in the football championships, didn’t let there be a public. 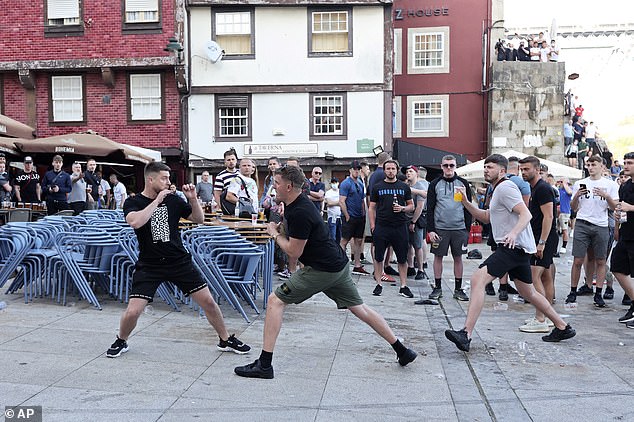 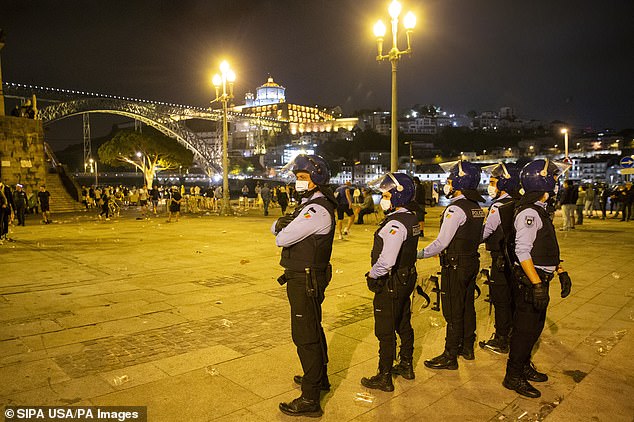 ‘I’ll even say that now we’re going to import a game in which foreigners can be and walk around here making disrespect. And then say that it won’t be like the Sporting party in Lisbon and, apparently, it will be even worse or it could almost be worse.’

Portugal was added to the UK Government’s ‘green list’ for international travel. The status means that there is no need for people to isolate when they return home, making heading to the final more feasible.

Each team has been allocated 6,000 tickets, with around 2,000 being handed to UEFA delegates and sponsors. The rest will be sold to punters in Portugal.

The limited number quickly sparked a scramble to attend the game, and a large number of supporters are believed to have flown out in the hope of securing a ticket in the hours after they touch down. 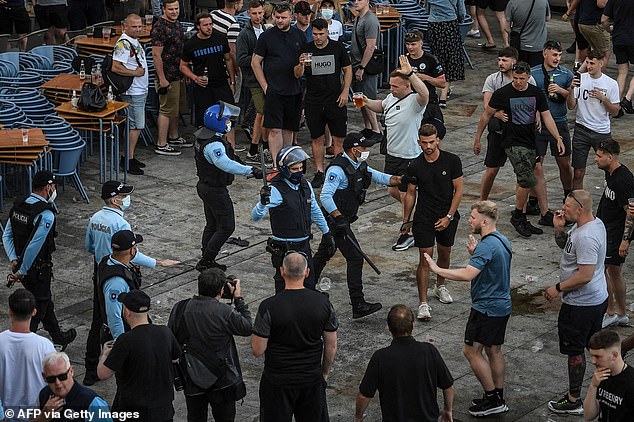 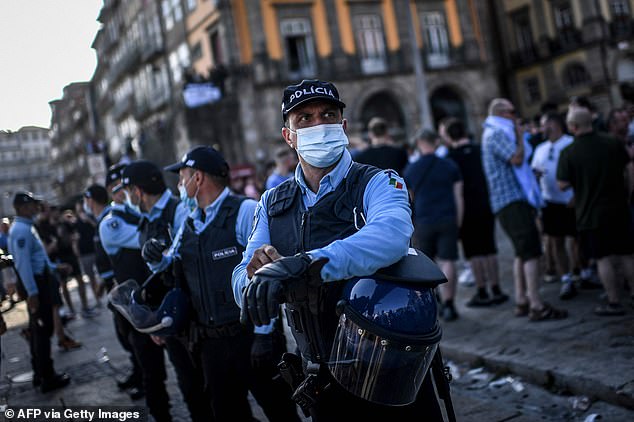 But the pre-match tension spilled over into a number of unsightly brawls around Porto, with riot police armed with batons forced to step in to maintain control.

City and Chelsea fans were seen fighting each other, and the police, along the Douro River in the city, with a bar stool having been thrown back and forth.

The strict social distancing rules in place were flagrantly ignored as supporters, some adorned with the flag of their team, threw punches and sparked up flares after a day of drinking in the sun.

Hundreds of people revelling in the chance to get away for the match packed out bars, and have been stoking up the tense atmosphere with more alcohol and by yelling out chants. 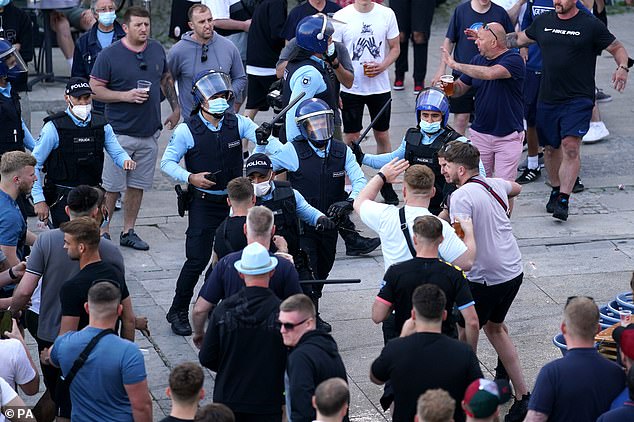 Supporters clashed with the police, who stepped in to restore order in the heated atmosphere 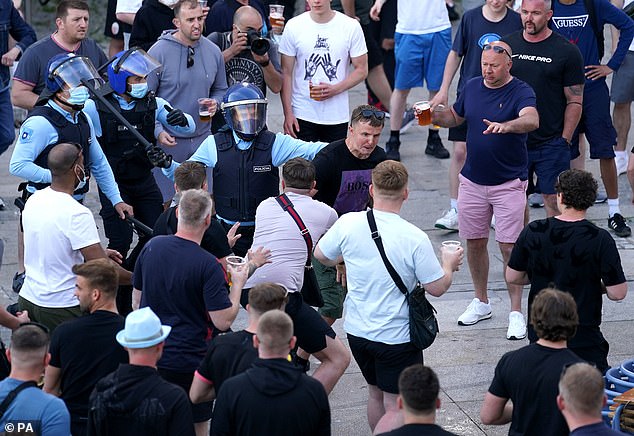 Glasses and bottles were banned to prevent any serious outbreaks of violence and, despite riot police having to charge in to break up fights, there are not believed to have been any serious injuries.

A large number of the supporters there for last-minute seats face the possibility of missing the fixture on television, though, with establishments in Porto closing at 10.30pm tonight to adhere to coronavirus restrictions.

Scraps also broke out on Wednesday night when City and Manchester United fans fought, forcing police to intervene once again with their batons.

Members of the City faithful in an Albufeira resort expressed their delight at United losing the Europa League final against Villarreal after a marathon penalty shootout – and trouble quickly flared up. 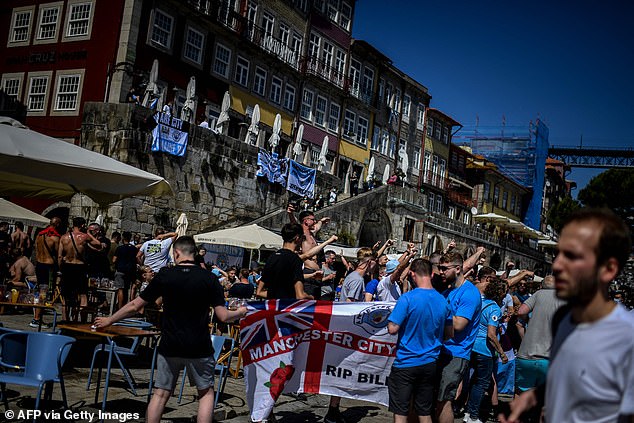 A witness told the Sun: ‘That set off pushing and shoving followed by fighting in the street. Military police had to wade in with batons to break it up.’

As of yet, there are no reports of serious injuries or anyone being arrested for the fracas.

With a strict Covid bubble in place this weekend for supporters, they will have to provide proof of a negative PCR test to enter the stadium carried out from May 26, or a lateral flow test from May 28. 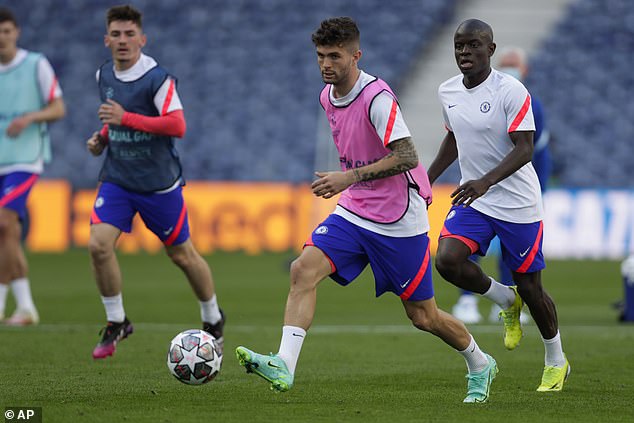 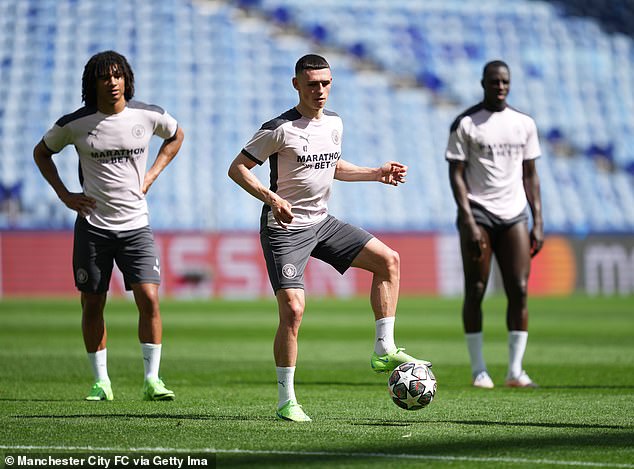 According to the latest coronavirus statistics in Portugal, just over 16 per cent of the country’s population have been fully vaccinated as of May 27.

There were 598 new cases recorded yesterday, with a rolling seven-day average of 474.

Champions League: Can you name all 42 teams to reach the final?

Resident Evil Village: The Evolution of Lady Dimitrescu and Her Daughters – IGN First