Turkey and Greece were battered by a 6.6-magnitude earthquake today that destroyed buildings on the Turkish mainland and sent people fleeing from their homes on the Greek islands.

Turkey’s Disaster and Emergency Management Presidency said Friday’s earthquake was centered in the Aegean at a depth of 10.3 miles.

Turkish media said at least six buildings were destroyed in Izmir and footage showed people climbing over the debris of wrecked buildings in the city, but there was no immediate word on casualties.

The tremor was also felt in Athens and on Greek islands including Crete, while the deputy mayor of Samos said that ‘the walls of some houses have crumbled and several buildings are damaged’. 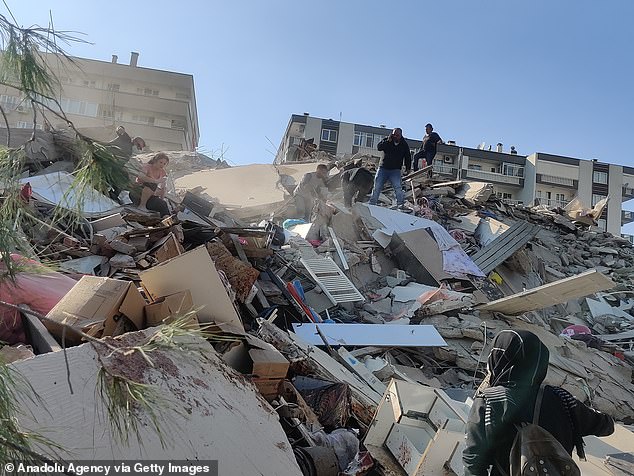 A destroyed building in Izmir, Turkey, after the 6.6-magnitude earthquake in the Aegean today 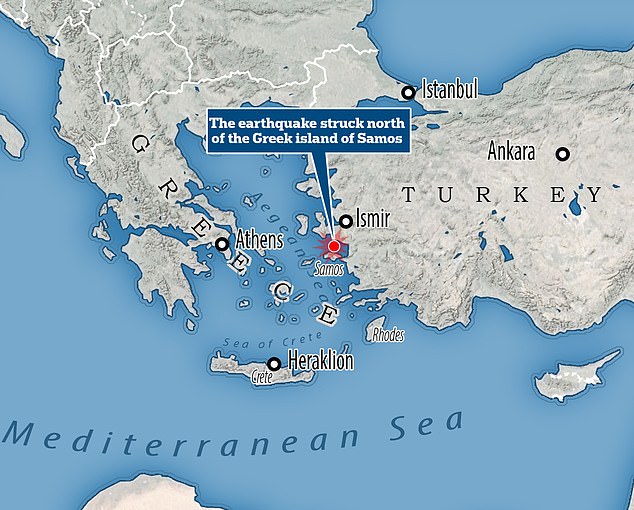 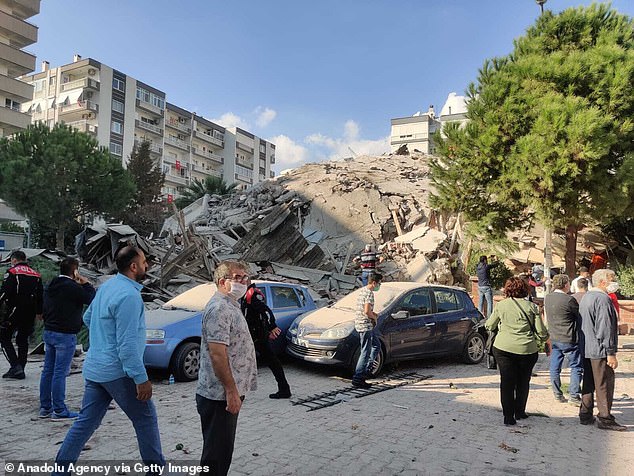 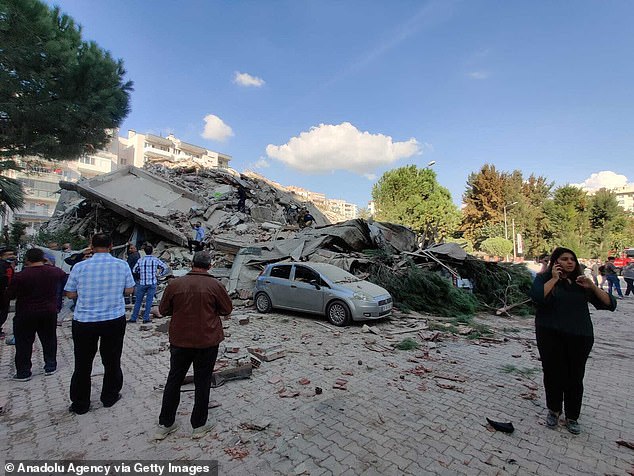 The European-Mediterranean Seismological Centre said the quake had an epicentre eight miles from Samos.

‘It was a very big earthquake, it’s difficult to have a bigger one,’ said Lekkas, adding that ‘a tsunami cannot be ruled out.

People rushed into the streets on Samos and other islands following the tremor, which Greek officials put at magnitude 6.6 and the US Geological Survey at 7.0.

In Turkey, Pictures showed the wreckage of a multiple-story building in Izmir, with people climbing it to reach rescuers. Smoke was filmed in several spots in Izmir.

Turkish media said the earthquake was felt across the regions of Aegean and Marmara, where Istanbul is located.

However, Istanbul’s governor said there were no reports of damage.

Turkish president Recep Tayyip Erdogan said that ‘with all the means of our state, we stand by our citizens affected by the earthquake’

‘We have taken action to start the necessary work in the region with all our relevant institutions and ministers,’ he said. 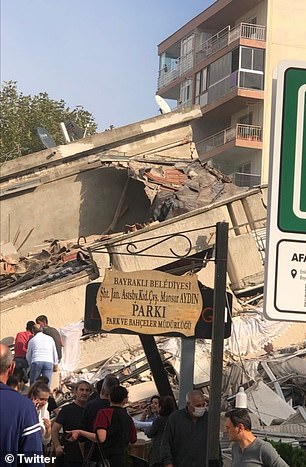 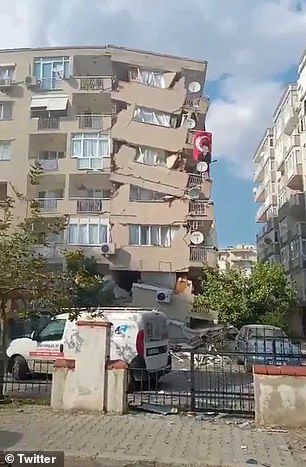 What is leading these 4 athletes to vote for first time

What is leading these 4 athletes to vote for first time