Premier League clubs will on Tuesday vote on whether to give the Board authority to curtail the season if it is deemed impossible to complete the campaign due to Covid-19.

As Sportsmail revealed last month the Board’s proposal includes a provision for ‘automatic curtailment’ if the Premier League has not finished 80 days after the last scheduled day of the season, giving the clubs until 11 August to complete the campaign in the event of mass postponements.

The Board’s proposals were discussed in detail at the last shareholders’ meeting earlier this month and are expected to be passed. 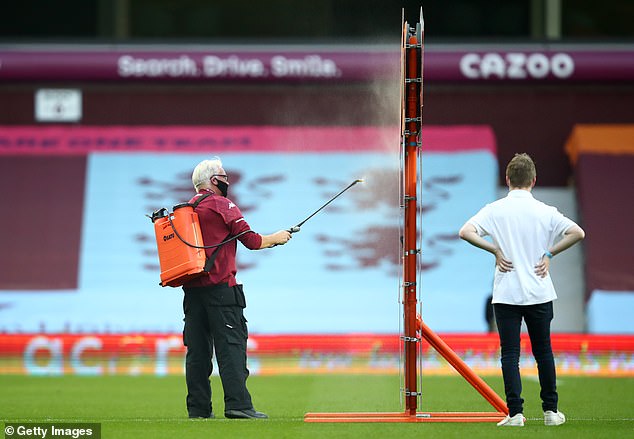 In the event of curtailment final league positions and the relegation places would be determined by average points-per-game, although there will be no vote on Tuesday on the percentage of matches that must have been played for sporting outcomes to apply.

The clubs are split on whether to set the threshold for curtailment – as opposed to abandonment – at 66 per cent or 75 per cent of completed fixtures and have deferred that decision until later in the season.

The clubs will also give the Board the power to demand that top-flight games be staged at neutral venues if necessary, and discuss negotiations with government over the return of fans to stadiums and the proposed financial settlement with the EFL.