I see it as a straight shootout between Newcastle and Fulham to decide who stays in the Premier League, and right now it’s impossible to call.

Despite West Brom’s miraculous win over Chelsea on Saturday, I think the Baggies are as good as down along with Sheffield United, so that leaves one relegation place to be filled.

And while Newcastle could move level with Brighton and to within a point of Burnley if they win at Turf Moor next week to drag other teams into it, I think their survival relies on just one thing – finishing above Fulham.

Will the Magpies do it? Well, I am always hopeful – I am just not hugely confident. This weekend went their way, and I hope the next one does too, but I can’t be sure it will.

The way Steve Bruce’s side played in their 2-2 draw with Tottenham gives me a little bit more belief but next time, when they play the Clarets and Fulham take on Wolves, it could easily be the other way around. 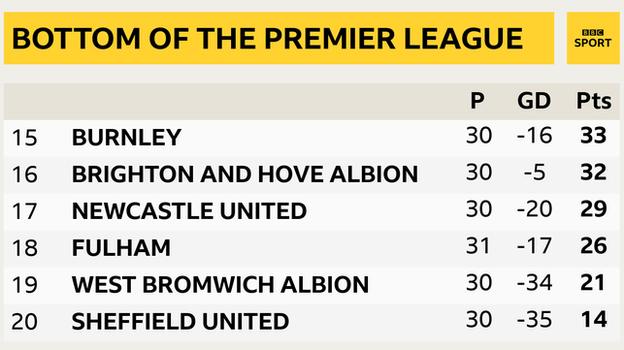 Bruce said afterwards that he was confident his side would stay up if they could maintain the performance level they produced against Spurs for the rest of the season, and I’d agree with him there – they have set the standard now.

But, as part of that, they will also need to repeat the attacking intent they showed on Sunday, because previously we have not seen anything like enough of that from them.

Right from the start against Spurs their attitude was different. Everything about them was much better than it was last time out in their 3-0 defeat at Brighton – although in fairness it could not really have been any worse. 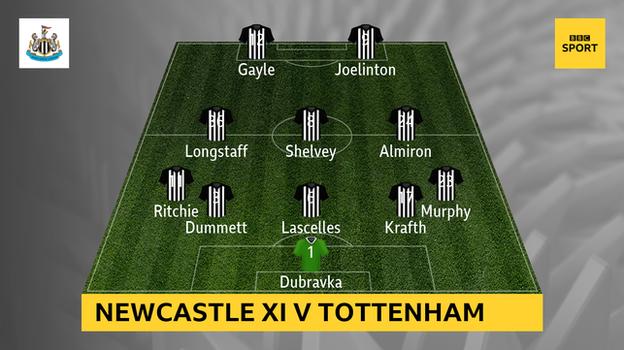 Bruce tweaked his system to play with two up front and it meant Newcastle got more men forward, which gave them more attacking options. They were on the front foot, passed the ball forward and got plenty of crosses into the box.

It was a much more ambitious approach in every way and it allowed them to create lots of chances – they had more shots, 17, from inside the opposition box than they have managed in any other Premier League game this season.

The fact Tottenham were so bad defensively obviously helped too – I said to Ian Wright before the game that I did not have great confidence in the Spurs back four and that Newcastle could cause them problems, and they did. 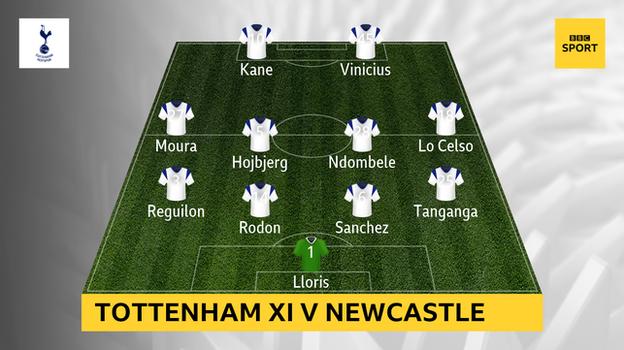 Newcastle scored two and should have got more. Yes it was disappointing to see them give away the goals they did, especially the first one so soon after taking the lead, but a point was the very least they deserved from that display.

They refused to give up and they got their reward

There were plenty of other positives for Newcastle, on top of the result.

Joelinton had his best game in a Newcastle shirt – he stuck his chance away well, and also held the ball up well and brought other people into the game.

Joe Willock said afterwards that he was unhappy to start on the bench but he reacted in the right way with what he did when he came on to rescue a point.

It wasn’t just the goalscorers who stood out, either. Jacob Murphy was excellent down the right-hand side and gave Sergio Reguilon a torrid time throughout, while Allan Saint-Maximin showed great energy on his return from injury.

Bruce himself deserves some credit too, for the calls he made before and during the game.

There have been many days this season when he and Newcastle have not got it right, when they have been slow and sluggish and lacked energy and ideas.

Everyone has to take their share of the blame when things go wrong, and Steve is no different there.

But you always get a chance to put it right, and he and his players did that on Sunday, albeit in a small way. They still didn’t win, but I was impressed with the way they refused to give up and ended up getting something out of the game.

I hope it’s just the start for them, but the reality is they are still in a relegation battle.

Despite all the encouraging things I’ve just mentioned, you have to remember Newcastle would be in the bottom three now if Fulham had not collapsed in the final 12 minutes against Aston Villa.

I’ve been there and experienced that scenario myself, where one minute you think you are getting a great result that gets you out of trouble and the next you are left wondering why things went against you.

There will be many more twists and turns like that before we find out who does escape the drop.