Preston defender Darnell Fisher has been hit with a three-match suspension by the FA after being charged with violent conduct for a bizarre altercation involving Sheffield Wednesday star Callum Paterson.

Fisher was caught on camera grabbing Paterson’s genitalia on two occasions in quick succession during Preston’s win last weekend – with the footage then quickly spreading across social media.

In a statement, the FA confirmed that the double grope was classed as violent conduct, despite Fisher’s denial, and the ban begins with immediate effect.

The FA will look into an incident which appeared to show Preston’s Darnell Fisher twice grabbing Callum Paterson’s genitals in their win over Sheffield Wednesday.

The questionable antics took place in the 62nd minute at Deepdale but were not seen by referee David Webb or the other match officials.

The club revealed that evidence had been provided in support of their player in order to fight against any repercussions – including footage of various incidents similar in nature. 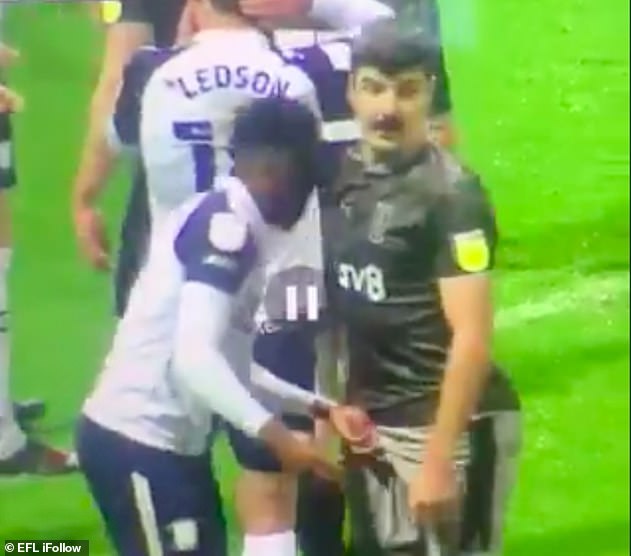 The statement added: ‘The three-man panel, however, decided the charge was proven and the player will now miss the games against Watford, AFC Bournemouth and Wycombe Wanderers.

‘As part of the club’s submission, it also explained that it had dealt with the matter internally, including making it absolutely clear to the player that he had a responsibility to the public perception of the game and to his club and that a repeat of the incident would not be tolerated.’

The independent regulatory commission which have banned Fisher held the power to increase the punishment, but the 26-year-old appears to have escaped a longer suspension. 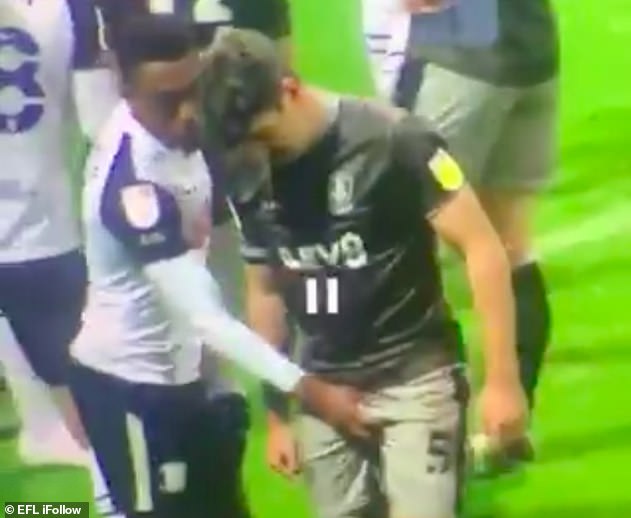 Sportsmail reported after the incident surfaced that Paterson told Sheffield Wednesday he did not want to take the matter any further.

This decision left the altercation in the hands of the FA, who have acted quickly after Fisher replied to the charge against him.

The rule Fisher has fallen foul of states: ‘A participant shall at all times act in the best interests of the game and shall not act in any manner which is improper or brings the game into disrepute or use any one, or a combination of, violent conduct, serious foul play, threatening, abusive, indecent or insulting words or behaviour.’