By Stephanie Linning and Mark Duell for MailOnline

Prince Harry has admitted he did not know unconscious bias existed until he was ‘living a day or a week in my wife’s shoes’ following his marriage to Meghan Markle.

The Duke of Sussex, 36, spoke about racism in an interview with activist Patrick Hutchinson for GQ magazine and admitted his ‘upbringing and education’ did not equip him to understand the issue.

He said: ‘Once you realise or you feel a little bit uncomfortable, then the onus is on you to go out and educate yourself, because ignorance is no longer an excuse.

‘And unconscious bias, from my understanding, having the upbringing and the education that I had, I had no idea what it was. I had no idea it existed. And then, sad as it is to say, it took me many, many years to realise it, especially then living a day or a week in my wife’s shoes.’

Prince Harry was opening the GQ Heroes conference in conversation with Patrick Hutchinson, and the full interview features in GQ magazine 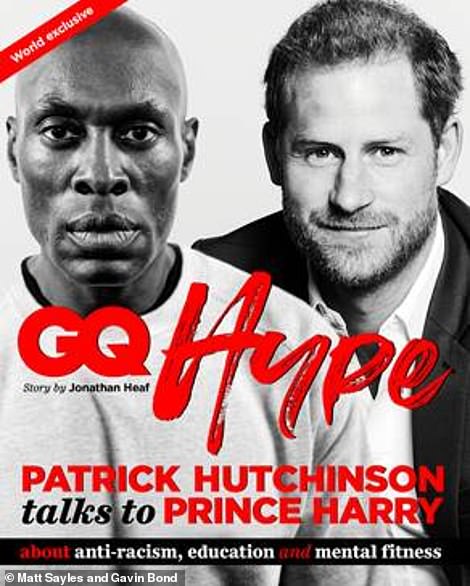