A newsreader was left close to tears announcing the death of Prince Philip this afternoon as the BBC, along with rivals ITV and Sky, interrupted their broadcast schedules to break the news.

At 12.09pm on BBC One, an episode of Paramedics on Scene was abruptly paused as the screen faded to black, before being replaced by silence and a screen reading ‘News Report’.

Presenter Martine Croxall then told viewers: ‘We are interrupting our normal programmes to bring you an important announcement.’

The special programme was broadcast across both BBC One and BBC Two, while ITV cut short This Morning and cancelled an episode of Loose Women at 12.30pm.

The BBC said that planned programming had been suspended following the death of the Duke of Edinburgh.

‘With the sad news that HRH Prince Philip, The Duke of Edinburgh, has died, there is now special coverage across all BBC networks to mark his life of extraordinary public service and planned scheduling has been suspended,’ it said in a statement. 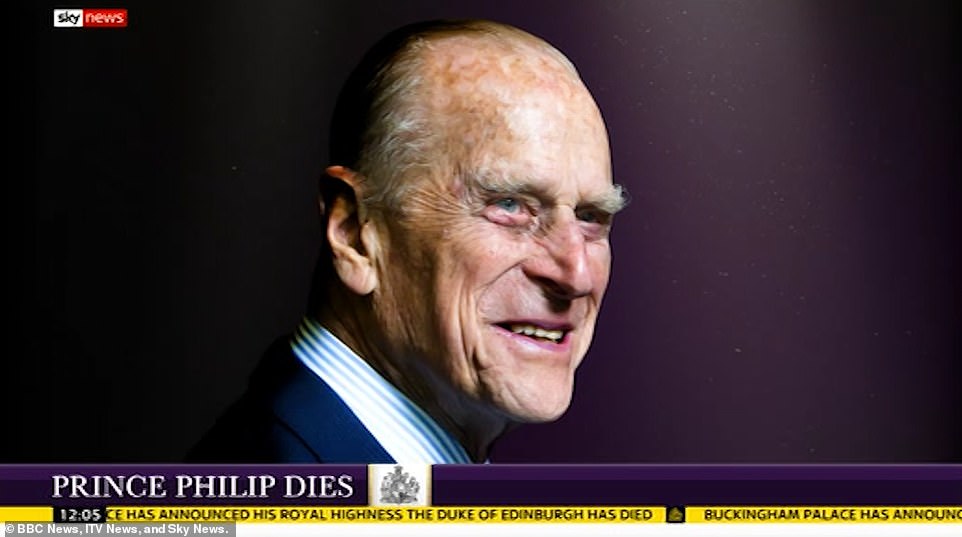 Sky News, like many others, broadcast a special programme following Prince Philip’s death 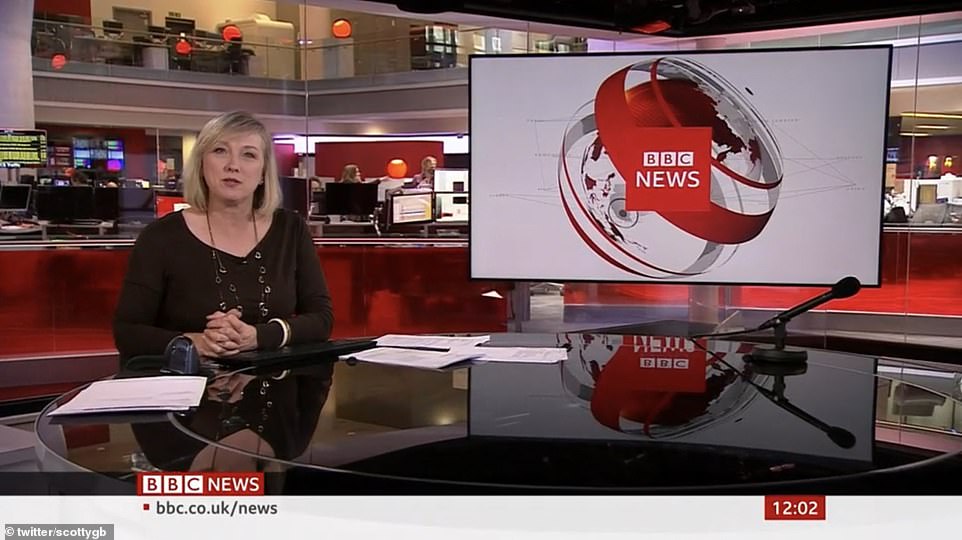 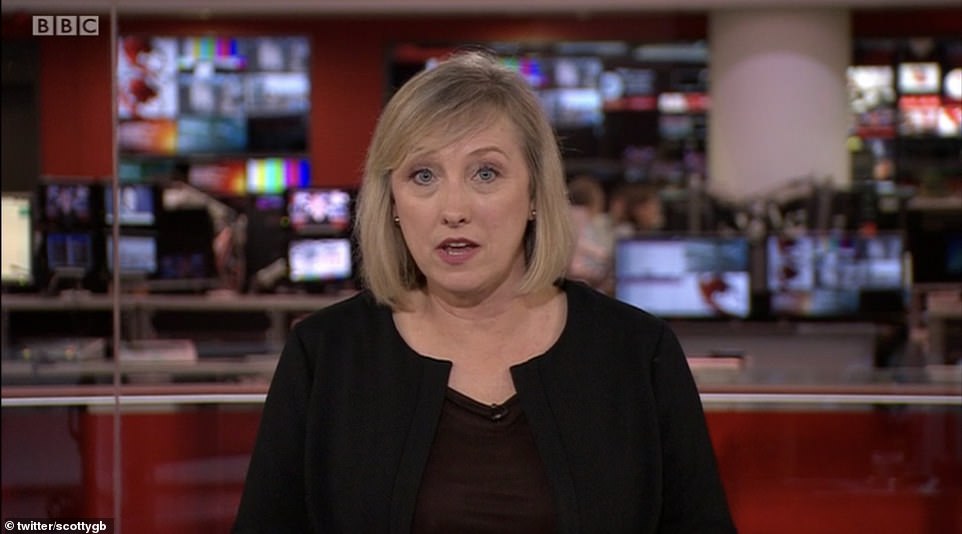 TV channels have cancelled their scheduled programming to air tributes to the Duke of Edinburgh following the news of his death.

The BBC suspended its schedule across BBC One, BBC Two and the News channel until 6pm to air special programmes about the senior royal.

The much-anticipated MasterChef final, which was due to air tonight on BBC One, will also not air at 8.30pm this evening due to programme rescheduling.

A statement from the corporation said: ‘With the sad news that HRH Prince Philip, the Duke of Edinburgh, has died, there is now special coverage across all BBC networks to mark his life of extraordinary public service and planned scheduling has been suspended.’

Entertainment show This Morning, which was being presented by Eamonn Holmes and Ruth Langsford, was interrupted and Loose Women was scrapped.

At 6pm ITV will air regional and national news, which will continue to cover reaction to the news and at 7pm Julie Etchingham and Phillip Schofield will host a live programme called Prince Philip, Fondly Remembered, when the presenters will talk to those who knew him about his personality and his passions.

Royal editor Chris Ship will present documentary special, Prince Philip: A Royal Life at 9pm, in which he visits key locations around the world to tell the story of his life, before an extended News at Ten at 10pm.

Some social media users sympathised with a Ms Croxall, who presented the special programme until Huw Edwards took over at 1pm.

One wrote: ‘The BBC announcement was done very well and I really thought it was touching the way the newsreader was clearly emotional.’

Another added: ‘The bbc news caster is barely holding it together… bless her.’

She read the start of the Palace statement, telling viewers: ‘It is with deep sorrow that the Majesty The Queen announces the death of her beloved husband….’

However, she then paused slightly and clearly became choked up before continuing: ‘His Royal Highness The Prince Philip, Duke of Edinburgh.’

Philip spent his final days at Windsor Castle with his wife after a 28-night stay in hospital having been admitted in mid-February for an infection and a pre-existing heart condition.

Her Majesty announced her husband’s death at midday as the Union Flag was lowered to half-mast outside Buckingham Palace and on public buildings across the UK and Commonwealth.

As with all royal births, marriages and deaths, a notice announcing Philip’s passing was displayed outside the palace while mourners are already laying flowers at Windsor Castle, where he is expected to be buried in Frogmore Gardens.

A frail Philip was last seen leaving hospital on March 16 and his death plunges the nation and the Royal Family into mourning, and brings to an end Philip’s lifetime of service to Britain and to Elizabeth, the Queen who adored him since her teens. The couple shared their 73rd wedding anniversary last November and he was due to turn 100 on June 10 this year. 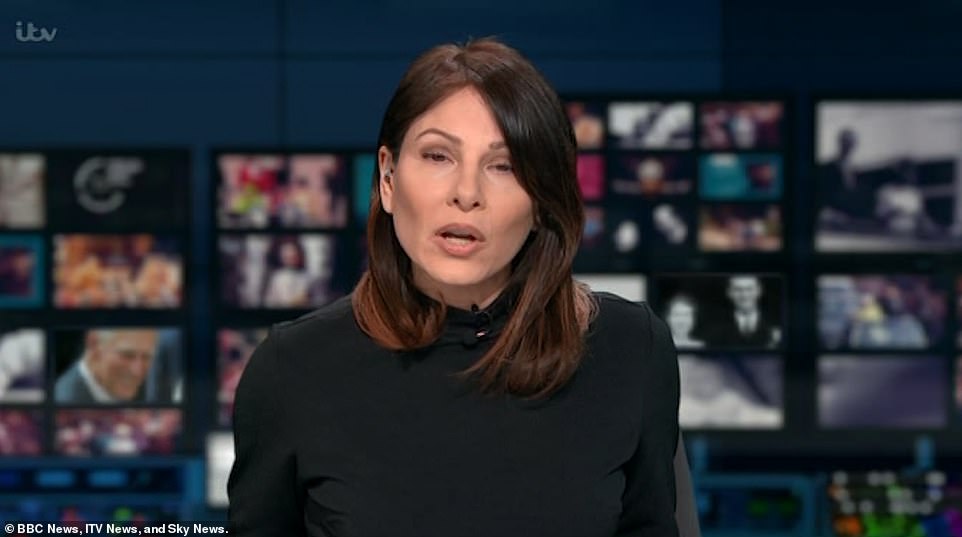 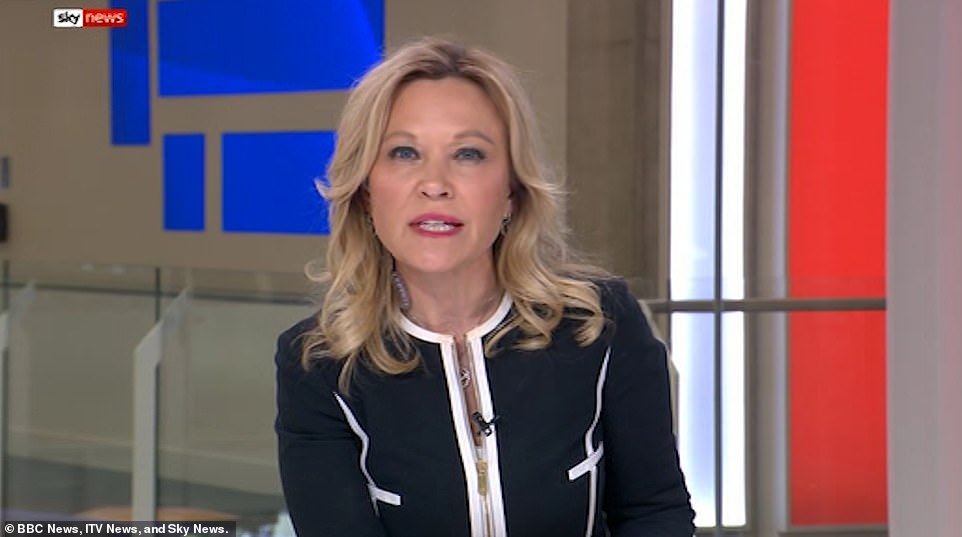 He added: ‘Speaking on their golden wedding anniversary, Her Majesty said that our country owed her husband ‘a greater debt than he would ever claim or we shall ever know’ and I am sure that estimate is correct So we mourn today with Her Majesty The Queen.

‘We remember the duke for all of this and above all for his steadfast support for Her Majesty the Queen. Not just as her consort, by her side every day of her reign, but as her husband, her ‘strength and stay’, of more than 70 years.

‘And it is to Her Majesty, and her family, that our nation’s thoughts must turn today. Because they have lost not just a much-loved and highly respected public figure, but a devoted husband and a proud and loving father, grandfather and, in recent years, great-grandfather.’ Mr Johnson also praised his Duke of Edinburgh scheme, which has ‘shaped and inspired the lives of countless young people’.

Justin Welby, the Archbishop of Canterbury, said: ‘As we recover and rebuild after the terrible trial of the coronavirus pandemic, we will need fortitude and a deep sense of commitment to serving others. Throughout his life Prince Philip displayed those qualities in abundance, and I pray that we can take inspiration from his example’.

Her Majesty is now expected to enter an eight-day period of mourning. She will not carry out any duties, even in private, while laws will not be given the Royal Assent and affairs of state will also be paused. A further period of official Royal Mourning is expected to continue for 30 days.

Officials at Buckingham Palace are now preparing for a royal ceremonial funeral at Windsor Castle in Berkshire in keeping with Philip’s wishes, with a military procession also expected in London – Covid laws permitting.