Prince Philip’s way with words could sometimes make him his own worst critic.

And after a 1969 dinner with President Nixon, a speech he would have forgotten even made him lose sleep.

Philip, who died last week at the age of 99, was the toast of Washington when he was fêted at an official White House party on November 4th in Nixon’s first term.

But when he left D.C. he woke up in a ‘cold sweat’ because he thought his toast was ‘lame’, letters recently unearthed Richard Nixon Foundation and the Richard Nixon Presidential Library and Museum reveal.

They have been released ahead of Philip’s funeral at Windsor Castle on Saturday.

Philip attended the dinner solo and mingled with a host of American dignitaries. Nixon, a known royal fan, met the Queen at Buckingham Palace earlier in the year. 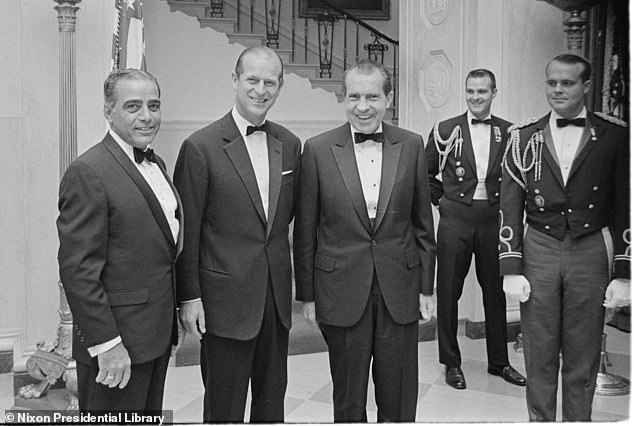 Prince Philip woke up in a ‘cold sweat’ and apologized profusely to President Nixon for his ‘lame’ toast at a White House dinner in 1969, resurfaced letters reveal 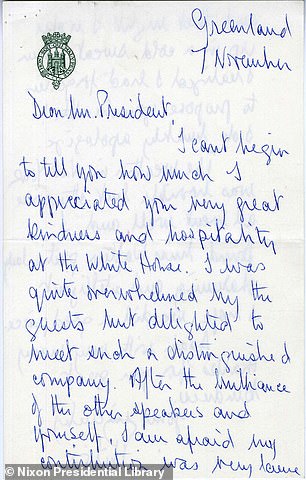 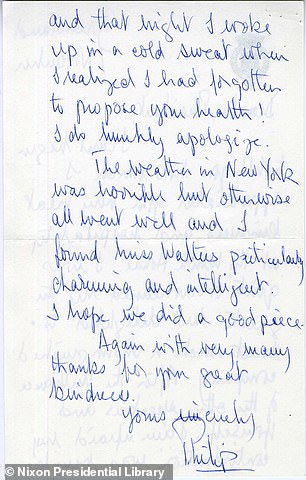 ‘Dear Mr. President,’ his hand-written letter begins. ‘I can’t begin to tell you how much I appreciated your very great kindness and hospitality at the White House. I was quite overwhelmed by the guests but delighted to meet such a distinguished company.’

Joining in the festivities that night were a long list of more than 100 notables including Bob Hope, William Randolph Hearst, Jr., Henry Kissinger, Bob Dole, and Dean Acheson.

But it was his own toast that weighed on him afterward, according to the note Philip wrote Nixon from Greenland three days later.

‘Dear Mr. President,’ his hand-written letter begins. ‘I can’t begin to tell you how much I appreciated your very great kindness and hospitality at the White House. I was quite overwhelmed by the guests but delighted to meet such a distinguished company.’

Then, Philip shared his dim view of his own performance – and gave an inkling of the self-doubt over a potential breach of etiquette.

‘After the brilliance of the other speakers and yourself, I am afraid my contribution was very lame and that night I woke up in a cold sweat when I realized I had forgotten to propose your health!’

‘I do humbly apologize,’ he said.

Philip quickly moved on to safer ground in his letter by remarking on the weather.

‘The weather in New York was horrible but otherwise all went well and I found Miss Walters particularly charming and intelligent,’ he continued. ‘I hope we did a good piece,’ he told the president – whose own loathing of the media would reach its zenith during Watergate.

The ‘Miss Walters’ he was referencing was Barbara Walters, the NBC anchor who interviewed Philip on the Today show the same year.

‘There was an awful lot of things where if I was to read them now I would say Good god I wish to god I wouldn’t have said that,’ he told her. 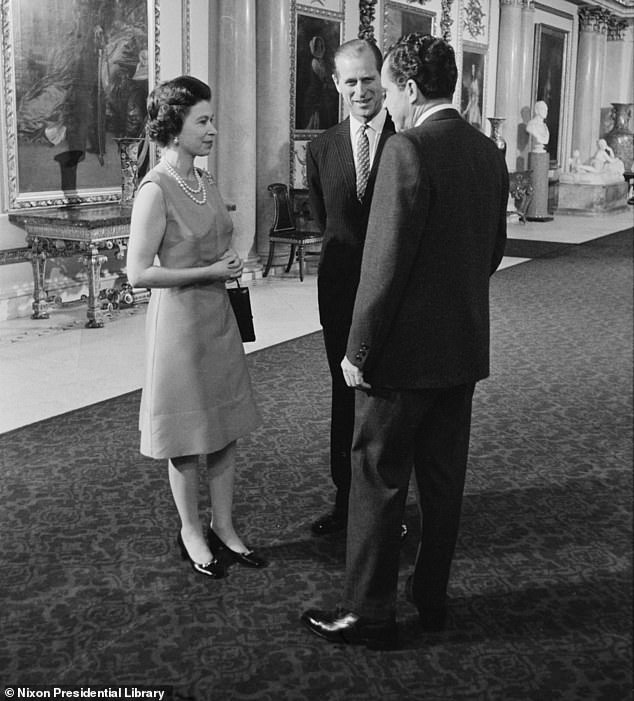 Prince Philip concluded his letter to Nixon with ‘very many thanks for your great kindness.’

If Philip had committed any kind of oversight, it did not appear to weigh on Nixon, who had a long taken an interest in the royal family and sought other opportunities to mingle with them. Nixon visited the Queen and Prince Philip in February 1969, and was invited to Buckingham Palace.

When Prince Charles made an official visit to the U.S. in 1970, Nixon appeared to try to engineer a match with his daughter, Tricia, who was 24 at the time.

The visit included a Washington Senators baseball game, a trip to Camp David, a visit to the presidential yacht, and dinner and dancing.

Wrote royal biographer Anthony Holden: ‘Seating plans constantly had Charles and Tricia side by side while the program had them spending all of each day together, even to being left alone with each other in various parts of the White House.”

It was a play Charles recalled years later on a visit to the White House where he met George W. Bush and Laura Bush.

Wrote Sally Bedell Smith, ‘When Charles and his new wife, Camilla, visited George W. and Laura Bush at the White House, he joked that the Bushes had better not try to fix up their twin daughters with his sons William and Harry the way Nixon had worked to set him up with Tricia.’ 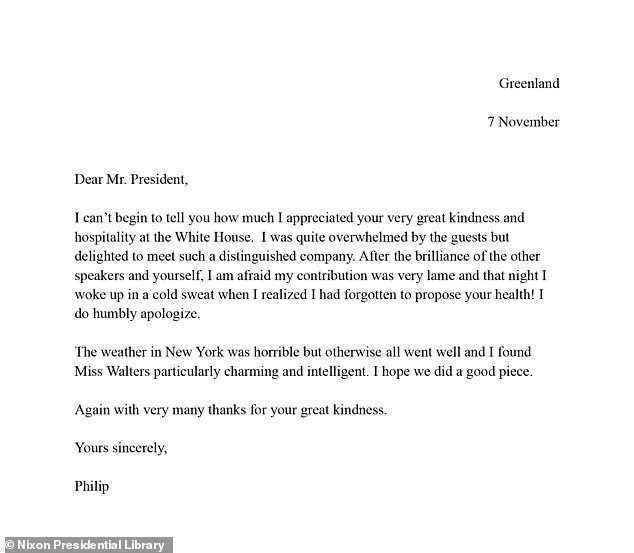 ‘The weather in New York was horrible but otherwise all went well and I found Miss Walters particularly charming and intelligent,’ he continued. ‘I hope we did a good piece,’ he told the president

US expels Russian diplomats and imposes sanctions for hacking

The TikTok food trends you need to try, from feta cheese pasta to birria tacos

A lobster diver has been accused of lying about being swallowed whole by a humpback whale...