As the Queen mourns her beloved husband, one of Prince Philip’s closest friends and confidantes, Penny Brabourne, Countess Mountbatten of Burma, is also grieving.

The Countess was a regular visitor at Wood Farm, the cottage on the edge of the Sandringham Estate in Norfolk where the Prince spent much of his time after retiring from public life in August 2017.

The pair were firm friends for decades and shared a love for the exhilarating equestrian sport of carriage-driving. 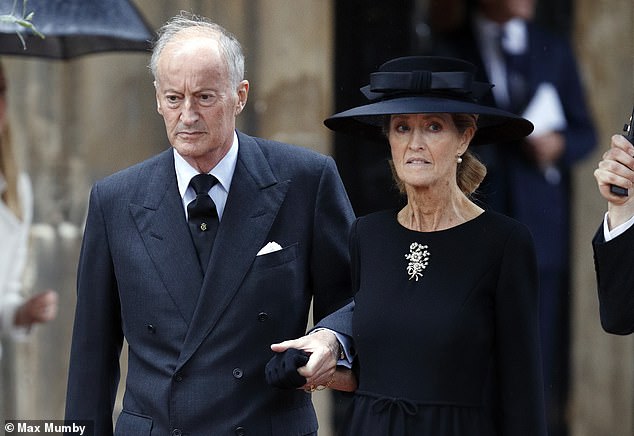 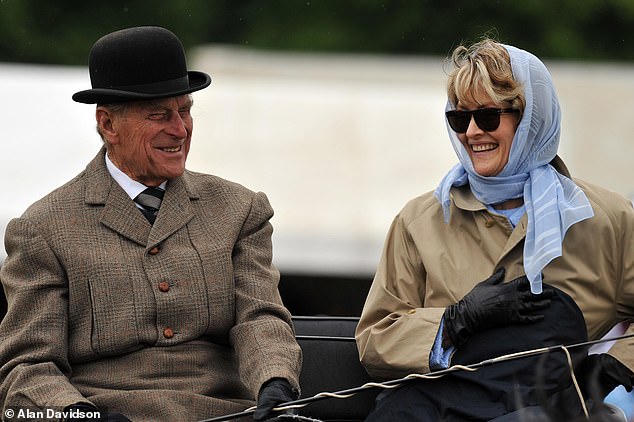 The pair, pictured,  shared a love for the exhilarating equestrian sport of carriage-driving

Indeed, the 67-year-old Countess enjoyed such a close bond with the Queen and Philip that Palace staff reportedly nicknamed her ‘and also’, because no guest list was considered complete without her.

The only daughter of butcher-turned-businessman Reginald Eastwood, she was propelled into the Royal Family through her marriage to Norton Knatchbull, 3rd Earl Mountbatten of Burma.

The Earl was a close friend of Prince Charles – the pair attended Gordonstoun together and Charles was Norton’s best man when he married Penny in 1979.

The wedding was delayed for eight weeks because five months earlier, IRA bombers blew up a small boat in the sea off Mullaghmore, County Sligo, killing Norton’s grandfather, Lord Mountbatten. Norton’s 14-year-old younger brother, Nicholas, his paternal grandmother the Dowager Lady Brabourne, and a local boy who was with the family, also died in the terror attack.

Penny is understood to have formed a close friendship with the Queen and Prince Philip after her daughter Leonora contracted liver cancer and died aged five in 1991.

The Countess’s loss of her daughter was not the only turmoil she endured. In 2010, Lord Brabourne abandoned her and started a new life with another woman in the Bahamas. The affair fizzled out, however, and he returned in 2014 to Broadlands, the home he shares with the Countess. The 60-room Palladian mansion in Hampshire is where the Queen and Philip spent part of their honeymoon.

Members of the Royal Family, the Queen in particular, were reportedly full of admiration for the way the Countess insisted that life on the historic estate must go on as normal after her husband’s affair.

PENNY JUNOR: Prince Philip adored it when you stood up to him… like Prue Leith did!