Prince William has bid farewell to his beloved former polo teacher at her funeral following her death aged 77.

The Duke of Cambridge attended the service for Claire Tomlinson, a former England national team captain and coach who taught him and his brother Prince Harry how to play polo at Beaufort Polo Club in Gloucestershire.

William joined at least 200 friends and relatives yesterday at the service of remembrance at St Mary’s Church in Tetbury, which is located in the Cotswolds a mile away from his father Prince Charles’s Highgrove estate.

The Duke attended the funeral with a royal protection officer, but there was no sign of his three children Prince George, Princess Charlotte and Prince Louis who would have likely been at home with his wife Kate or at school.

Mrs Tomlinson, who died at home on January 13 after a long battle with dementia, was so well thought of in the polo community that Charles asked her to teach William and Harry at her polo club when they were youngsters.

Her sons Luke and Mark are good friends with William and Harry and were on the guest list for the royal weddings at Westminster Abbey in April 2011 and Windsor Castle in May 2018. She also had a daughter called Emma. 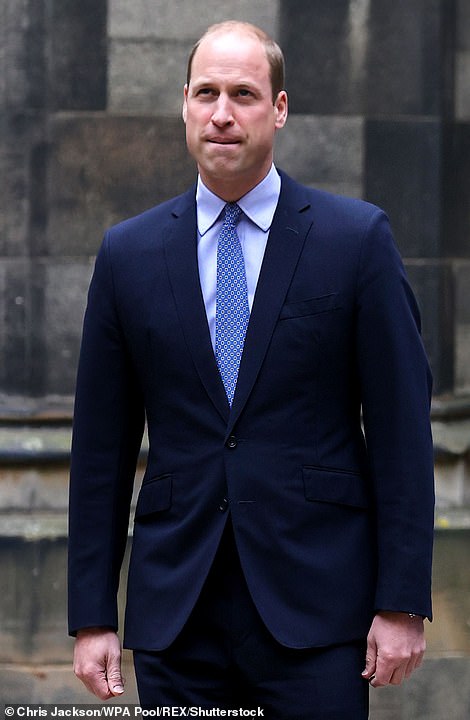 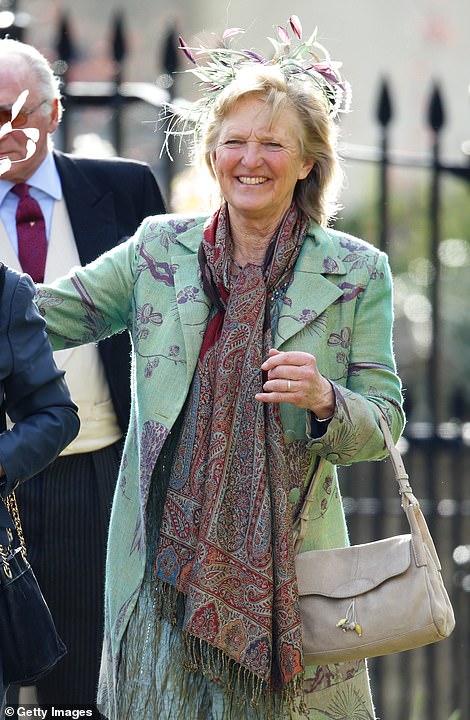 The Duke of Cambridge (left, in Edinburgh last May) attended the funeral for Claire Tomlinson (right, in Chippenham in 2014) 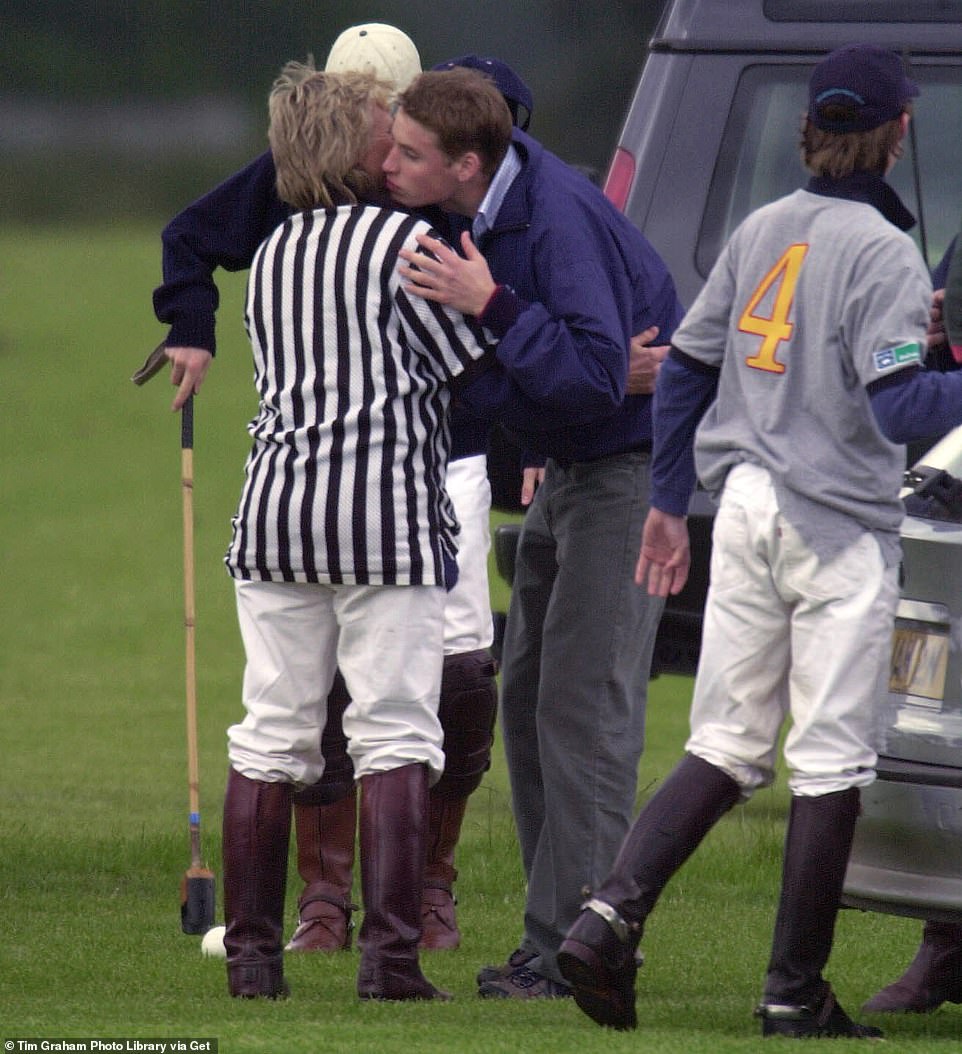 William kisses Claire Tomlinson at the Beaufort Polo Club in Gloucestershire in 2000, where she taught him as a youngster 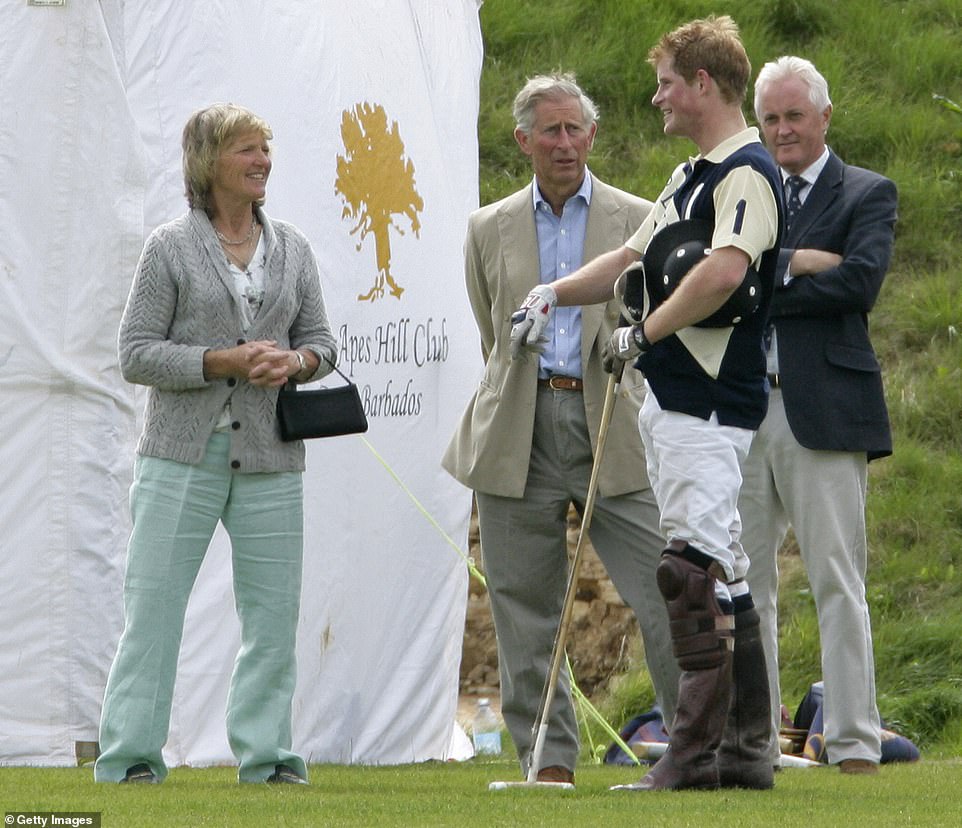 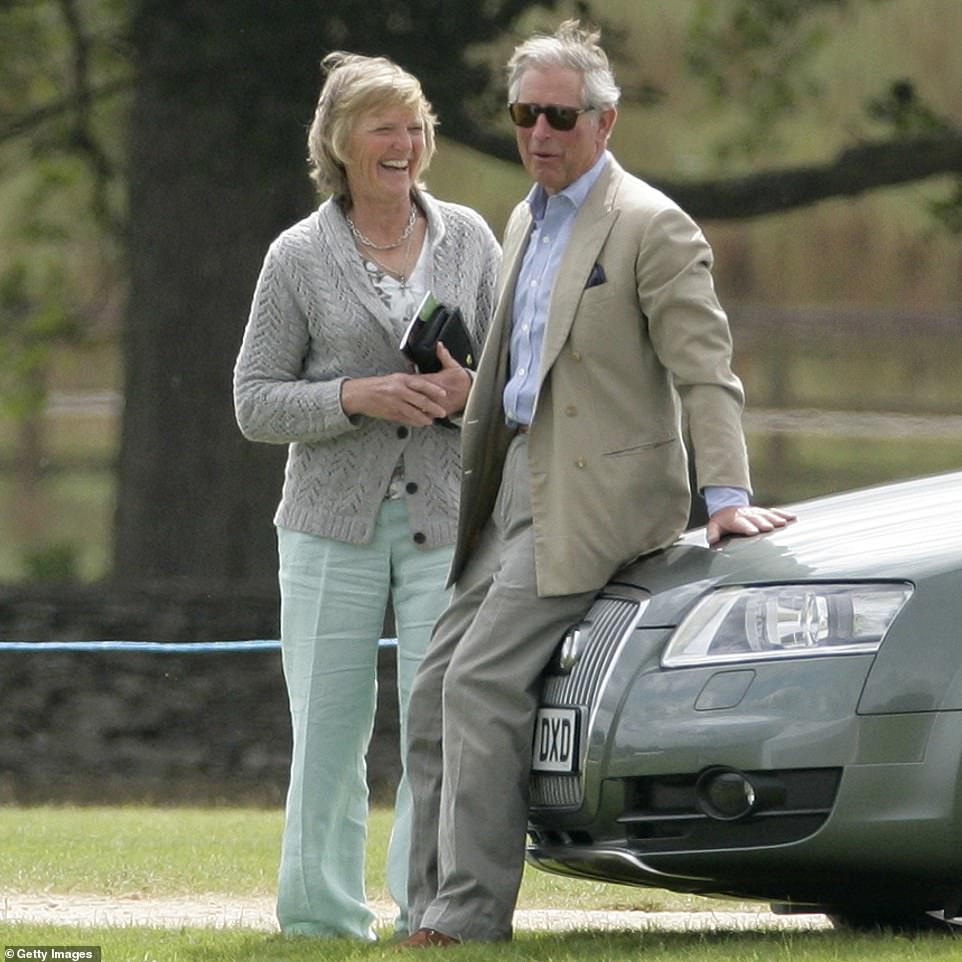 Prince Charles asked Claire Tomlinson to teach his two sons how to play polo. They are pictured together at Beaufort in 2009

Harry and William were both keen polo players, like their father Charles and late grandfather Prince Philip – and Mrs Tomlinson was credited with much of the brothers’ success in the sport, reported the Daily Express.

William is left-handed and so Mrs Tomlinson taught him how to play the sport which can only be done right-handed – and the brothers have since competed against each in other in many charity competitions.

The mourners at yesterday’s funeral at the 18th century church included many players Mrs Tomlinson had taught as children, and those leaving the ceremony described it as an ‘amazing’ and ‘beautiful’ tribute to her.

She learned how to play polo from her father aged 15 before joining the team at university – where he had to give his permission for her to do so because it was so rare, and at first she was entered under the name of ‘Mr Lucas’.

Mrs Tomlinson, whose three children are all senior polo players or coaches, was the highest-rated British female polo player on record and the first woman to compete against male opponents in top level or high-goal polo.

The trailblazer also starred in the Oxford University team and was the first woman to win the County Cup, in 1972, and the Queen’s Cup, in 1979, having overcome being repeatedly banned from entering high-goal competitions. 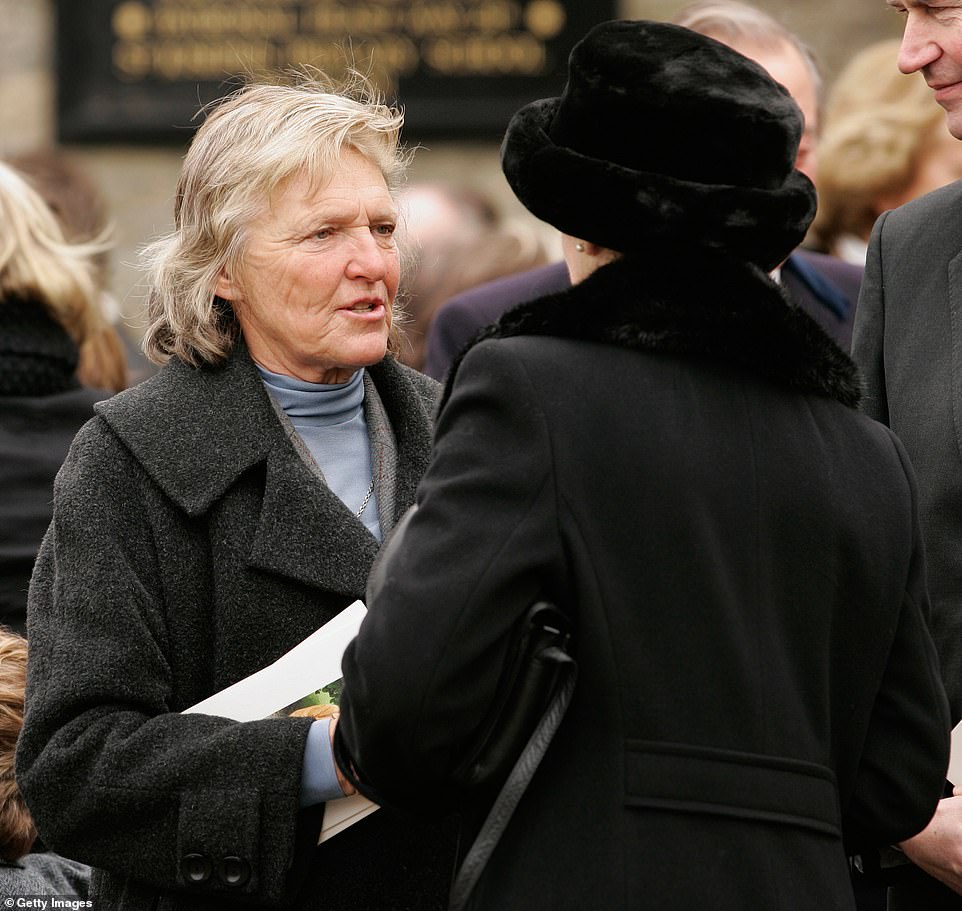 Claire Tomlinson speaks to Princess Anne at the funeral for Rosemary Parker Bowles in Malmesbury, Wiltshire, in 2010 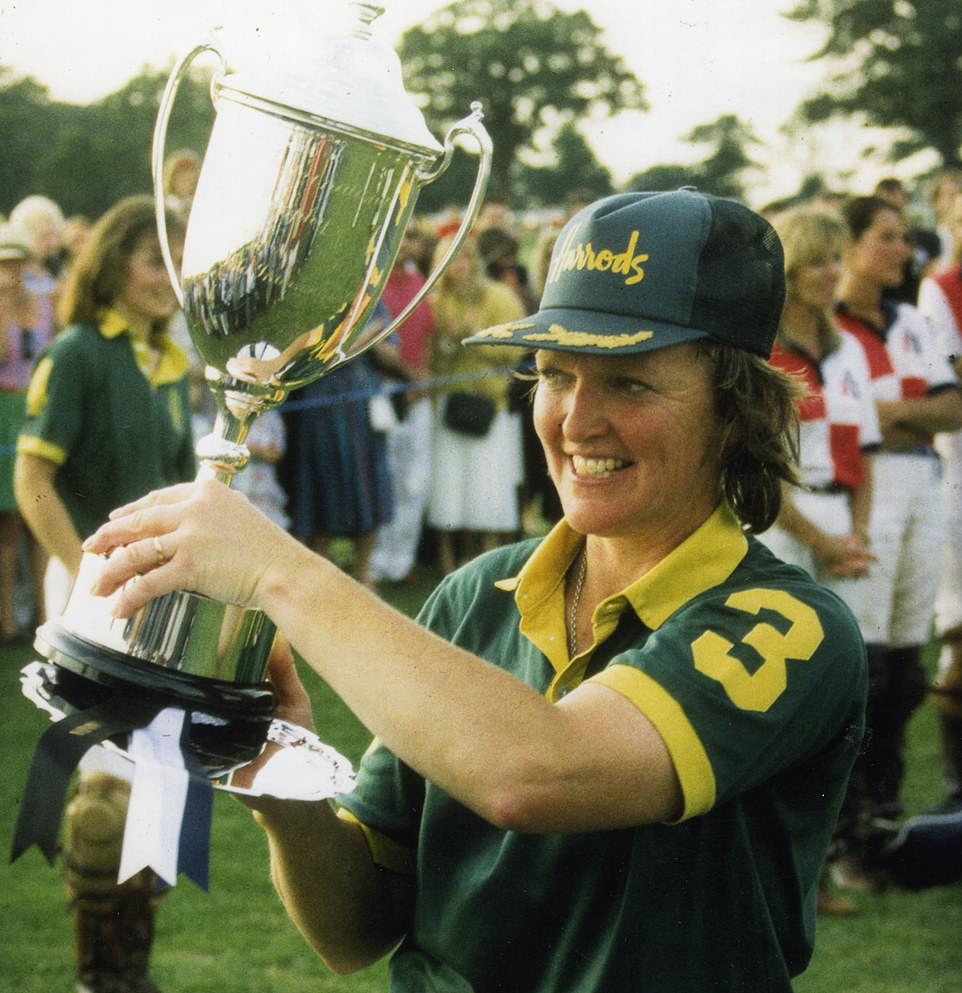 Trailblazer Mrs Tomlinson was the first woman to win the polo County Cup, in 1972, and the Queen’s Cup, in 1979 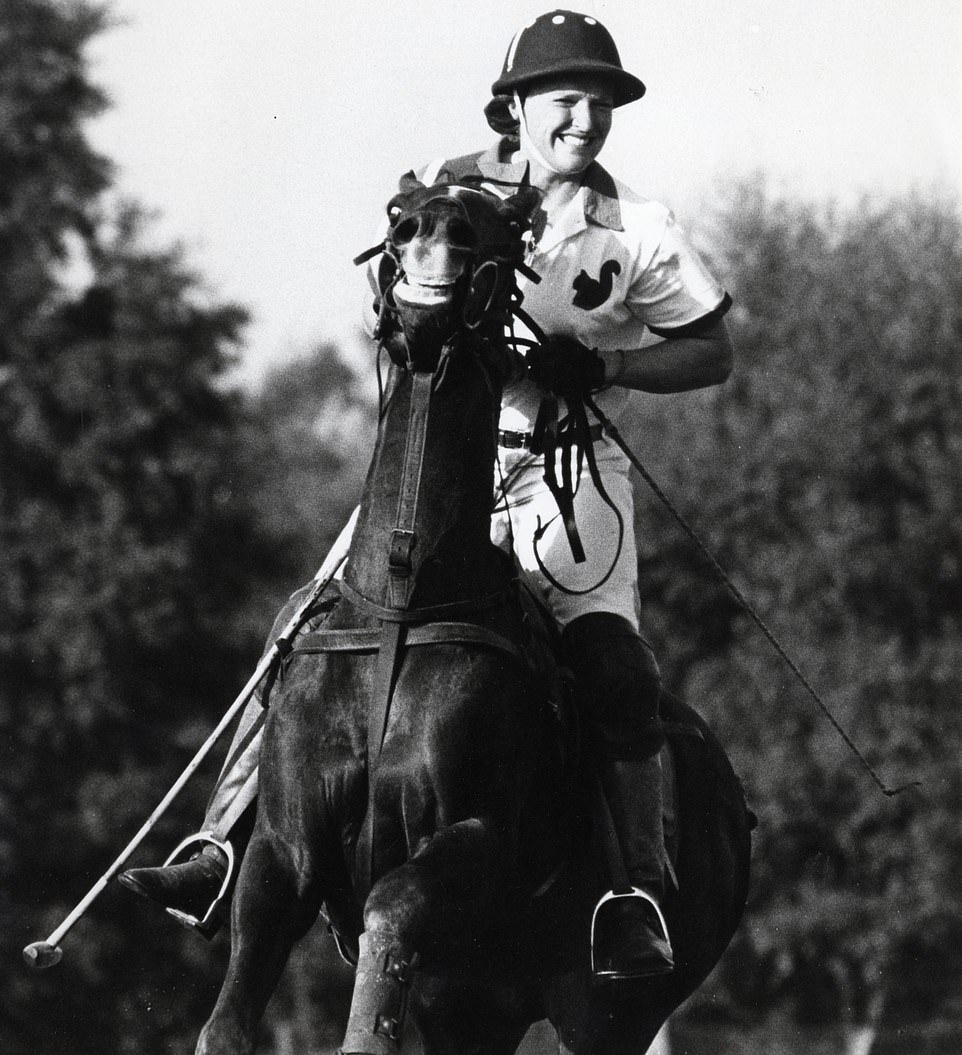 Mrs Tomlinson still holds the women’s high-goal handicap record, while she also captained the England national team before coaching them after she retired. Her final years were spent as chair of the Beaufort Polo Club.

Her son Luke, who was educated at Eton like Harry and William, previously said of his mother: ‘She was a trailblazer as a person as well as in polo. She was a phenomenal lady and had big impact on a lot of peoples’ lives.

‘A very strong character. She was tough. Tough on herself. Tough on other people and didn’t beat around the bush. She had very high standards, which is something you don’t see so much of nowadays.’

An obituary in the Daily Telegraph last week written by former National Hunt jockey Marcus Armytage gave an example of Mrs Tomlinson’s strict methods of tuition, saying: ‘She did not suffer fools. One ‘pupil’ came back one winter’s day and, having washed his horse down, did not immediately put a rug on it.

‘She told him to strip off to his waist, hosed him down and then tied him to the wall and left him there to experience what the horse had. You are probably not allowed to do that these days but, one suspects, it is not a mistake he made twice.’ 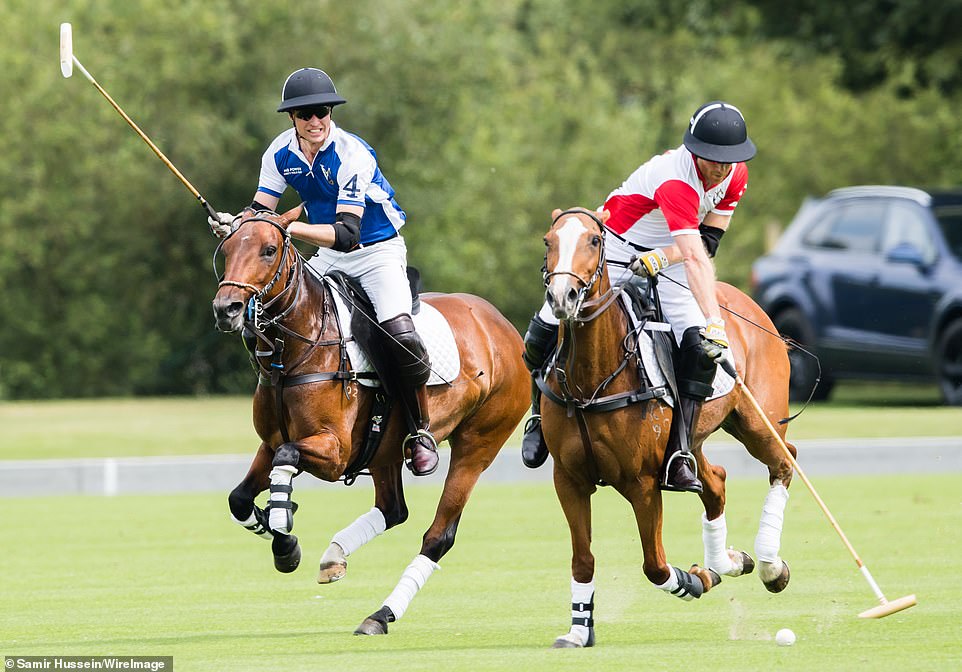 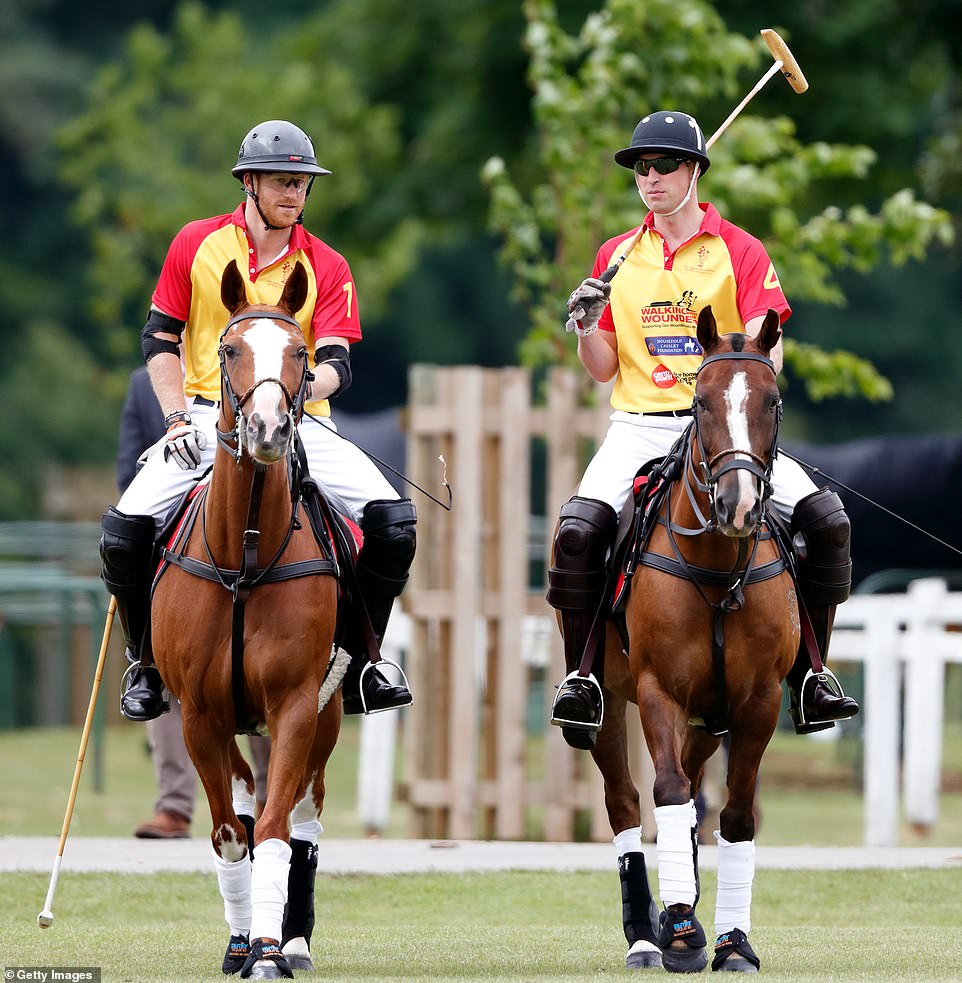 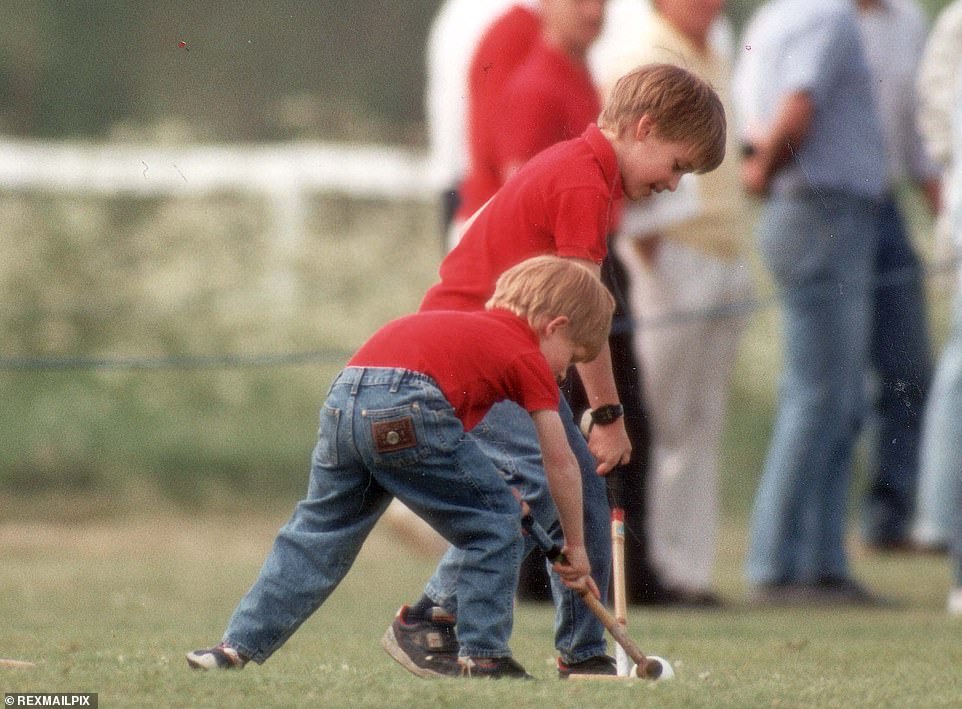 The family asked for donations in Mrs Tomlinson’s memory to be made to the Alzheimer’s Society. A spokesman for the charity said: ‘Claire’s support through charity polo days helped raise crucial funds and awareness.’

A spokesman for the Hurlingham Polo Association, Britain’s governing body for polo, said: ‘Claire was the first woman player to reach 5-goals and was a trailblazer for women players around the world.

‘She was an innovative and inspiring coach to many generations of players, including coaching England teams at every level, as well as a polo pony breeder and trainer of immense renown.

‘She will be sorely missed by all who knew her but her legacy will live on through her children and grandchildren at the Beaufort Polo Club. Our thoughts are with the family.’