James Hewitt was seen out today some 25 years after Princess Diana‘s bombshell Panorama interview in which she revealed details of their affair.

The former Army captain and Gulf War veteran, who had a five-year affair with Diana while she was married to Prince Charles, appeared to be making his way to the dry cleaners in Exeter today.

A new ITV documentary airing tonight recalls the moment Diana famously said: ‘Yes, I adored him, yes, I was in love with him’, when speaking of Hewitt.

Hewitt has kept a low profile since a near-fatal heart attack in May 2017 when doctors gave him a ‘slim chance’ of survival.

The 62-year-old’s appearance comes amid the growing storm surrounding the infamous BBC interview between the late Princess and journalist Martin Bashir. 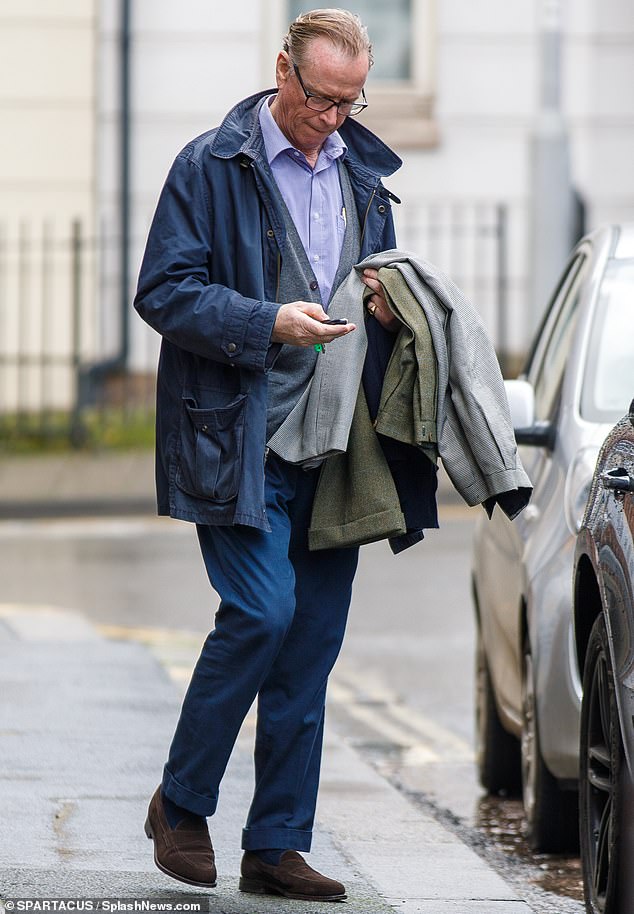 The former Army captain and Gulf War veteran, who had a five-year affair with Diana while she was married to Prince Charles, appeared to be making his way to the dry cleaners 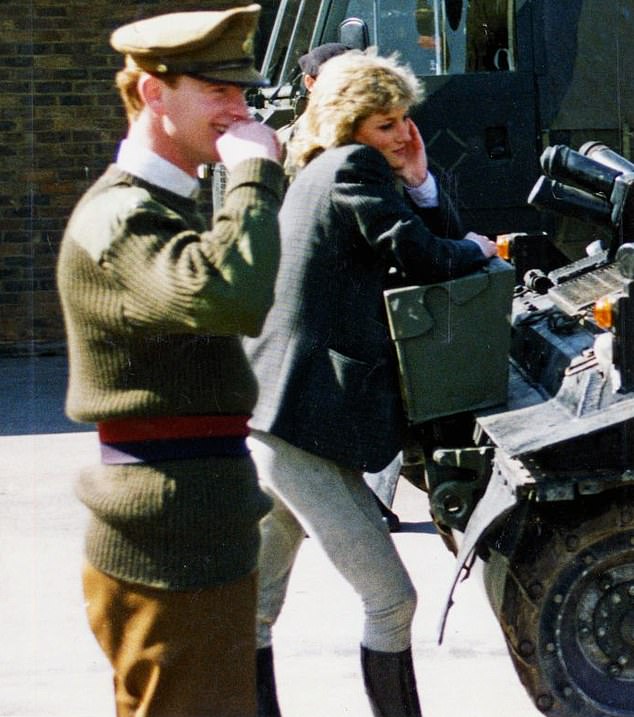 Major James Hewitt pictured with Princess Diana in 1994. The Major and the Princess met at a party in London in 1986 when she was aged 25. He was 28

Hewitt had emergency surgery following the heart attack in 2017 but defied the odds and made a good enough recovery to return home from the Royal Devon and Exeter Hospital.

The Major and the Princess met at a cocktail party party in London in 1986 when she was aged 25 and he was 28.

Three years later – in a now iconic image at the height of their affair – Diana was pictured presenting the Life Guards officer with a polo trophy.

The couple were forced apart when he was sent to Iraq in the 1991 Gulf War and split after their affair was made public in 1995.

Hewitt had spent 17 years in the Household Cavalry and was a tank commander in the first Gulf war.

But when it emerged that he had enjoyed a long correspondence with the Princess of Wales during the Gulf War, he was discharged from the Life Guards in 1994.

Hewitt, nicknamed the Cad, then revealed details of their affair in Princess In Love, a book which he co-authored in 1994.

In an interview with an Australian news network in March 2017, Hewitt recalled the moment he fell in love with the Princess.

‘She had an aurora of something special around her,’ he said. He also admitted he wanted to ‘whisk her away’ from the spotlight.

‘It’s a gradual period and then, you know, suddenly you can’t get enough of each other or see each other as much as you want,’ he said.

He revealed the pair used to spend quality time together, enjoying walks along the beach or a mall and cooking dinners.

‘Well, I’d cook and she’d wash up. Just dinner and relaxing and laughing,’ he added.

In a now iconic image at the height of their affair, Diana was pictured presenting the Life Guards officer with a polo trophy in 1989 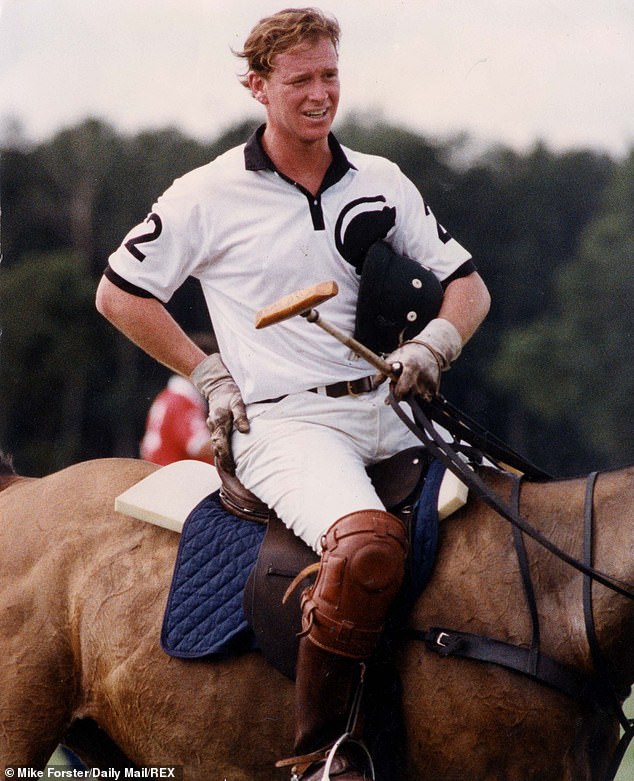 This comes as a new ITV documentary claims Bashir ‘helped’ Princess Diana phrase an ‘appropriate answer’ when discussing her infidelity.

The second-part of The Diana Interview: Revenge Of A Princess, which airs tonight at 9pm, alleges that the Princess of Wales received guidance from the interviewer in how to phrase her infidelity with James Hewitt.

ITV spoke to cameraman Tony Poole, who was in the room while the interview was conducted, reveals that filming had to be stopped to ensure Diana was happy with the answer she gave.

‘The question Diana had a problem answering was with regards to James Hewitt, when Martin asked her, ‘Was she unfaithful?’ And she didn’t quite know how to phrase her answer. We stopped recording and after some discussion, she was then happy with how she would answer…,’ says Tony.

Speaking of Bashir, he adds: ‘Yeah… The discussion between Martin and Mike the producer I think, and Diana herself, helped her phrase an appropriate answer.’ 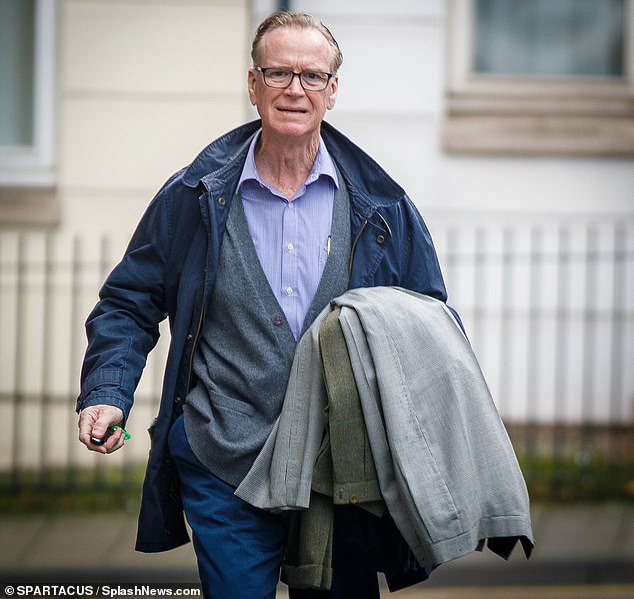 Hewitt, now 62, has kept a low profile since his near-fatal heart attack in 2017

ITV’s new documentary also claims the Princess of Wales may have deliberately suggested revealing the news that she’d given an interview to Panrorama on her then-husband’s birthday.

The two-part ITV documentary gives an inside look at Princess Diana’s 1995 interview with Martin Bashir that shocked the nation, in the process threatening the future of the monarchy and of the BBC.

Marking 25 years since Britain tuned in to watch Diana, Princess of Wales pour her heart out on national television, the two episodes hear from those who witnessed her fairytale romance with Prince Charles descend into acrimony and ultimately, divorce.

It has been alleged that the reporter who delivered the scoop of the century, Martin Bashir, won the trust of the Princess through his use of fake documents, something the BBC has denied.

Internal BBC papers reveal inconsistencies in the corporation’s account of what happened.

Last week, Diana’s brother Earl Spencer gave the Mail an extraordinary insight into Mr Bashir’s methods, using notes he kept of a meeting with him and Diana in September 1995.

The earl chose to speak out, having learned just two weeks ago that there had been a cover-up at the BBC.