Pregnant Princess Eugenie and her husband Jack Brooksbank have mysteriously quit Frogmore Cottage just six weeks after Harry and Meghan loaned it to them ‘to start their own family’.

Eugenie, 30, and her husband Jack Brooksbank, 34, moved into the five-bedroom home in Windsor in November after a direct arrangement with the Sussexes.

Now, just six weeks later, they have quit the Grade-II listed house and moved back to Kensington Palace, according to The Sun. 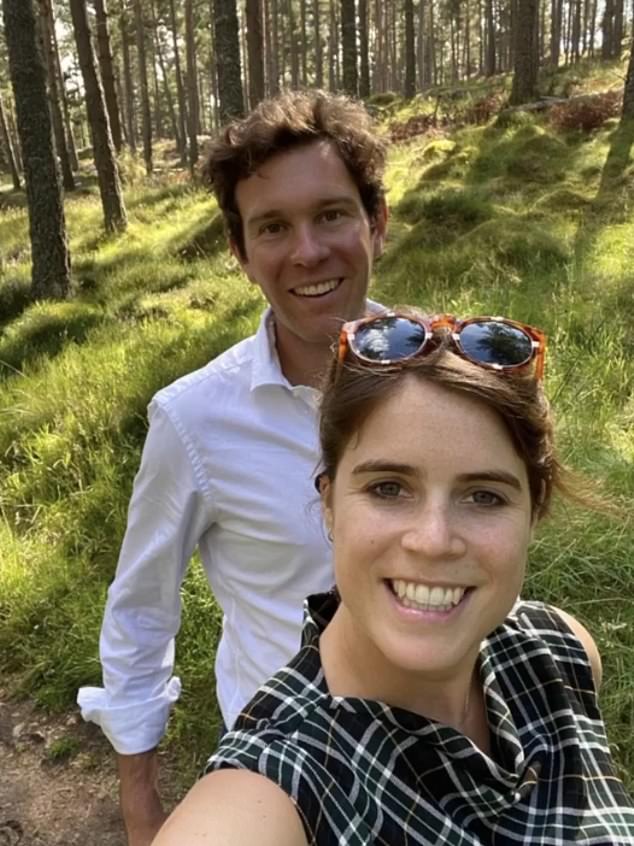 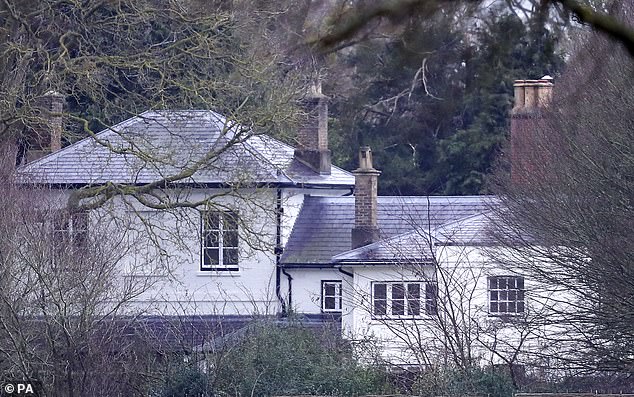 The couple had moved into the five-bedroom, Grade-II listed house in Windsor (pictured) in November after a private arrangement with the Sussexes who loaned it to them ‘to start their own family’

The couple who married at St George’s Chapel in October 2018, are expecting their first child in the new year and were said to be ‘delighted’ with Frogmore Cottage.

However, an insider told The Sun: ‘It is empty again. Why does no one want to live in Frogmore Cottage? What is wrong with the place?’

It was understood that Eugenie and her cousin Harry reached a ‘private agreement’ over Frogmore Cottage though it is not known how long it will last.

At the time of the move, Harry and Meghan, who currently reside in an £11million mansion in California, said they were ‘delighted’ to ‘open up their home’ while they were in the United States.

Frogmore Cottage was gifted to The Duke and Duchess of Sussex, by the Queen ahead of their wedding in May 2018, and remains their UK residence.

Meghan and Harry spent £2.4million from the Sovereign Grant on renovations on Frogmore Cottage – an outlay of public money which became controversial after they quit as working royals in March. 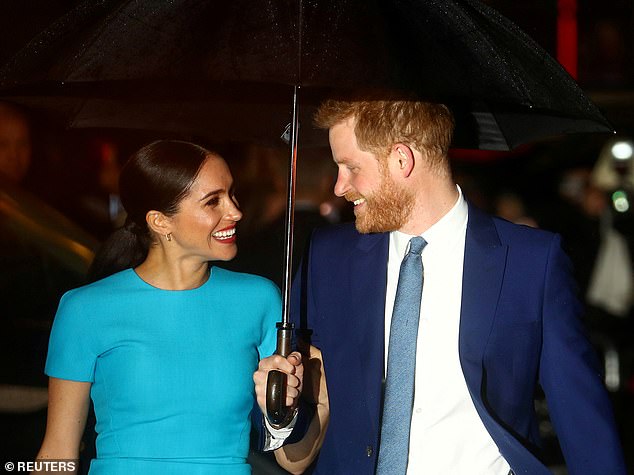 At the time of the move, Harry and Meghan, who currently reside in an £11million mansion in California, said they were ‘delighted’ to ‘open up their home’

But the Sussexes reimbursed taxpayers in full for the renovation of the Windsor home in September.

A source said Harry and Meghan will retain Frogmore Cottage as their home in Britain, and suggested when visiting the UK they will share it with Eugenie and Mr Brooksbank.

An insider said: ‘Frogmore was kitted out to Meghan and Harry’s tastes with son Archie in mind, so it is the perfect place for a couple to bring up a baby.’

However, Princess Eugenie has packed up and moved back to London after only six weeks in the cottage and was spotted shopping in Kensington, west London, ten days ago. 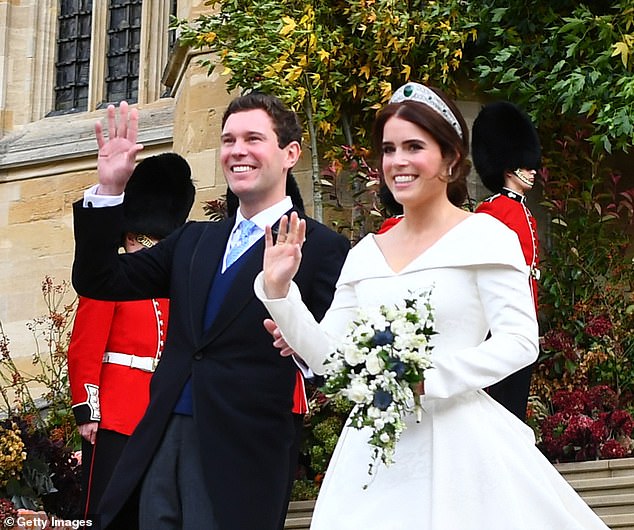 The couple who married at St George’s Chapel in October 2018, are expecting their first child in the new year and were said to be ‘delighted’ with Frogmore Cottage but have moved back to London

According to The Sun, it is understood that Princess Eugenie and Jack could still move back to Frogmore Cottage after Christmas.

The move to Frogmore Cottage brought the couple closer to the Princess’s parents, who live four miles away at Royal Lodge, Windsor Great Park, and less than a mile from Windsor Castle, where the Queen is spending lockdown with Prince Philip.

Eugenie and Jack had been living at Ivy Cottage at Kensington Palace before they relocated to Frogmore Cottage.

Buckingham Palace did not want to comment and sources said it was a private arrangement between Eugenie and Harry.