there’s hardly any upside in CureVac this year

Bank of Russia calls for an outright ban on cryptocurrencies 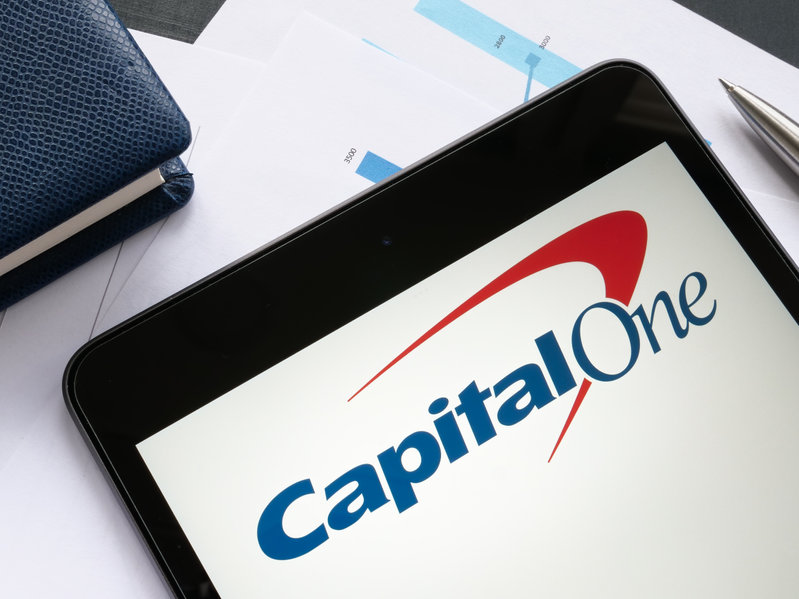 Capital One Financial Corporation (NYSE: COF) had a good run in 2021, with the stock up about 30%, but Pete Najarian is confident the stock will do even better this year.

According to Najarian, the mix of banking and credit card makes Capital One a better pick for 2022 than the Wall Street banks. Commenting further on why he likes the stock on CNBC’s “Halftime Report”, he said:

They’re doing everything right when it comes to the credit cards. The free cash flow is there. The revenue growth is incredible, and they’re doing great on the loan growth side of things as well. So, I think there is a lot more room to the upside in Capital One.

Najarian sees the stock as inexpensive as it’s trading at a price-to-book ratio of 1.2 versus 2.0 for the likes of JPMorgan and Morgan Stanley. Capital One is still down about 15% from its August high that makes up for a great opportunity to buy it at a discount, he concluded.

His view on financials in general

Amidst the ongoing sell-off in technology on the prospect of the U.S. Fed turning more hawkish than previously indicated, sentiment around financials is improving. The options market, as per Najarian, is signalling investors expect more upside in financials in the coming weeks.

I’m seeing option paper in the XLF that’s absolutely massive. And it’s not ultra-short-term. They’re buying a bit further out. They’re basically saying we don’t think it’s a one and done week. They’re looking for even more upside to the end of February.

A day earlier, RBC’s Lori Calvasina also said financials was one of the best picks for investors to play the rising rates environment.

The post Pro on Capital One: ‘there’s a lot more room to the upside here’ appeared first on Invezz.

there’s hardly any upside in CureVac this year

Shares of CureVac N.V. (NASDAQ: CVAC) closed nearly 15% down on Friday after BofA Securities said there isn’t much in the books this year for shareholders of the...

Bank of Russia calls for an outright ban on cryptocurrencies

The Bank of Russia is looking to ban the mining, creation, and use of cryptocurrencies. A report unveiled this news earlier today, noting that the central bank believes...

Invezz does not provide financial advice. Our aim is to simplify information about investing, enabling each user to make educated decisions with their money and to take control...

The S&P 500 index is down another 1.0% on Friday, but Jim Cramer plans on “putting money to work” because the ongoing sell-off, he says, has made many...