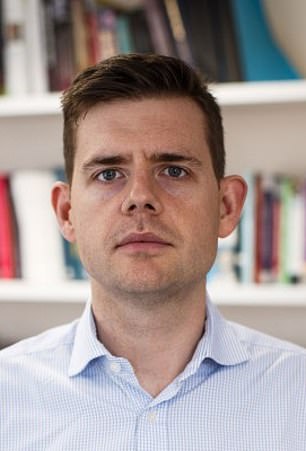 Should you want to succeed in modern Britain, don’t be a poor white boy.

That is what you might conclude after reading the controversial new report on race in Britain.

It is not a fashionable thing to say in a society that has lost interest in the white working class, but it is children — and especially boys — from these communities who are most likely to suffer a range of dreadful outcomes.

As the report by the Commission on Race and Ethnic Disparities makes clear, they perform worse than every other ethnic group at GCSE, are the least likely of all to make it into higher education, and are among the most likely to experience high rates of family breakdown. The deck is stacked against them from day one.

As somebody who was raised in a white working-class family, I know this all too well. I was brought up by my single mum on the outskirts of London and grew up in a home where stress was a part of daily life.

Even though I got the A-level grades required to attend an elite university — the first in my family to go on to higher education — I never felt good enough to apply.

I ended up at a ‘non-elite’ university on the outskirts of Manchester, filled with other working-class kids who probably felt the same as me.

But the fact that we were even there was a miracle. Just look at the figures now. By the time they turn 19, white working-class youngsters are the least likely to be in higher education — just 22 per cent, compared with 45 per cent of their peers who are black and 56 per cent of Asian kids.

Indeed, Britain currently has its most ethnically diverse Parliament and Cabinet to date — yet simultaneously, we have never had so few white working-class voices in the corridors of power.

I have recently been advising the Education Select Committee on these issues and we have sat in on one depressing evidence session after another, hearing how it is usually white working-class kids who are at the bottom of the pile.

Ordinarily, you might expect those findings from the report this week to be making headlines and being debated and discussed.

But amid the furore over the new report — which concluded that while racism exists in Britain, the country is not ‘institutionally racist’ — they were ignored.

Why? Because the fact that it is minority ethnic groups who are pulling ahead of whites and it is whites who are often at the bottom of the pile simply does not sit neatly with ‘woke’ dogma. 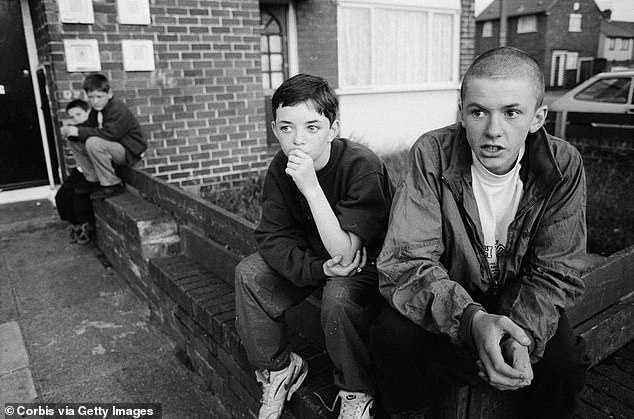 Pictured: Two boys while away their day on the Northwood Estate Kirkby, Merseyside – a notoriously run down inner city area where crime and unemployment are high in August 1996

Increasingly, our schools, universities and media are being infected with this destructive and divisive new orthodoxy imported from the United States, where the story of race is entirely different.

Many of these ideas were shaped by academic theories that first emerged in the 1960s.

This was the time of the so-called ‘cultural turn’, when many Left-wing thinkers lost interest in the white working class because it showed little interest in their Marxist ‘revolution’.

Instead, they turned to an alliance of ethnic minorities, immigrants and bohemian middle-class students, calling on them to ‘deconstruct’ the established ‘power structures’, languages, institutions and established ways of life of Western societies.

These ideas have since collided with other theories in the field of ‘social justice’ to present an utterly different and warped vision of British society from the one that used to be promoted by the sensible Left.

One recent Labour Party rulebook contained 139 mentions of women, 43 of ethnic, 41 of BAME (Black, Asian and Minority Ethnic), 26 of gender and 11 of race — but only two of class.

Meanwhile, we appear to have lost interest in the broad and unifying stories that used to hold the British people together, such as our shared citizenship, pride in our history and strong feelings of national identity. 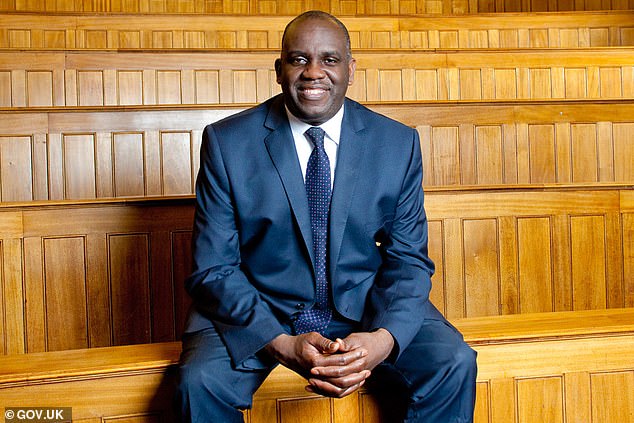 Critics of race report, headed by education expert Tony Sewell (pictured) ignored its findings on the plight of white working-class kids with one dismissing Tony Sewell, as a ‘token Black’

In the world of the woke, all of these are ‘taboo’ — to be deconstructed and dismantled.

And into this vacuum has stepped an incredibly simplistic, divisive and ‘binary’ view of the world.

There are now only two groups in society — the virtuous ‘good’ groups like women, non-whites, immigrants and people who are LGBT+, and the ‘bad’ groups, like straight men and the white working class.

Which brings me back to that race report. The majority of its many vociferous critics, who have flooded the airwaves and social media in the past few days, have completely ignored its findings on the plight of white working-class kids.

Instead, they prefer to attack the members of the commission — all but one from black and minority ethnic backgrounds — who produced it.

They are, apparently, the ‘wrong’ minority voices, as they do not peddle the woke narrative.

And it is easy to understand why. The report’s suggestion that although racism exists, Britain is not ‘institutionally racist’ dismantles the woke mob’s central claim that we are living in a fundamentally racist society that needs to be deconstructed.

Even the BBC and other mainstream media have devoted much of their reaction to scrutinising the commissioners rather than their detailed evidence.

The political and women’s rights activist and lawyer Dr Shola Mos-Shogbamimu went so far as to dismiss the Commission chair, education expert Tony Sewell, as a ‘token Black’.

This is out and out racism and an insult to Mr Sewell, who grew up in Brixton as the son of Jamaican parents of the Windrush generation, and has dedicated his life to improving opportunities for children from disadvantaged backgrounds.

Such debates reflect how Britain’s culture more broadly is rapidly moving from one that used to value attributes such as courage, service and a quiet dignity to one that is utterly obsessed with ‘victimhood’.

Increasingly, the only groups given status, esteem and recognition in society are those that can claim to have been offended along the lines of sexuality, gender or race.

What counts in the new court of public opinion is not actual evidence but people’s ‘lived experience’ or ‘their truth’.

Evidence that challenges these claims — such as the reports finding that institutional racism doesn’t exist here, that hate crimes are falling, or that ethnic minority children from deprived backgrounds are far more likely to enjoy upward social mobility than their white counterparts — is ignored. Why? Because it does not fit the new ideology.

The American writer John McWhorter calls this woke orthodoxy a ‘new religion’ that comes with its own ‘sacred values’ of sexuality, gender and racial equality that can never, ever be questioned.

If anyone dares to do so, the disciples of woke use a combination of cancel culture and reputational attacks to shut down dissenting voices which challenge the central claim that every disparity between different groups is due to ‘structural’ or ‘institutional’ racism.

And that is what we have seen again this week, with some simply refusing to even consider the possibility that Britain might not be a racist hellhole.

Highly educated whites are often the most fervent believers in this new religion.

They will seek to raise their own status among fellow believers by signalling their support through hashtags and vague promises to ‘do the work’ — such as attending to their own ‘white privilege’.

As a consequence, everybody is encouraged to view the world through the prism of race — which is ironically what an earlier generation of civil rights campaigners wanted to avoid.

Multinational firms are also jumping on board, indulging in ‘woke capitalism’ whereby they voice strong support for the new belief system while doing all they can to avoid paying a fair share of tax and doing more for their working-class employees.

The end result is a sort of informal alliance between white elites, corporations and minorities against the white working class, presented as dangerous, threatening or stupid — as we saw during Brexit, when they were derided as ‘racists’ and ‘thickos’.

In some other galaxy where we cared about all groups equally, the Government would be taking far more action to support ‘left-behind whites’; celebrities would be expressing outrage and party leaders would be rushing in front of the cameras to perform gestures of solidarity. But I, for one, won’t be holding my breath.

Professor Goodwin is an adviser to the Education Select Committee and author of National Populism: the Revolt Against Liberal Democracy.

The Countdown: A prophecy, crowds and TikTok takedown