Why Jack de Belin walking through a bathroom door naked while his alleged rape victim used a toilet is crucial to finding him guilty, prosecutors claim

Walking through a closed bathroom door naked as a woman used a toilet is indicative of Jack de Belin’s attitude the night the NRL footballer allegedly raped a teenager, a prosecutor says.

‘He just thought he could do whatever he wanted,’ David Scully said of the incident minutes before the alleged attack.

A Sydney jury on Thursday began hearing closing arguments ahead of their deliberations in the retrial of the St George Illawarra forward, 30, and his friend Callan Sinclair, 23. 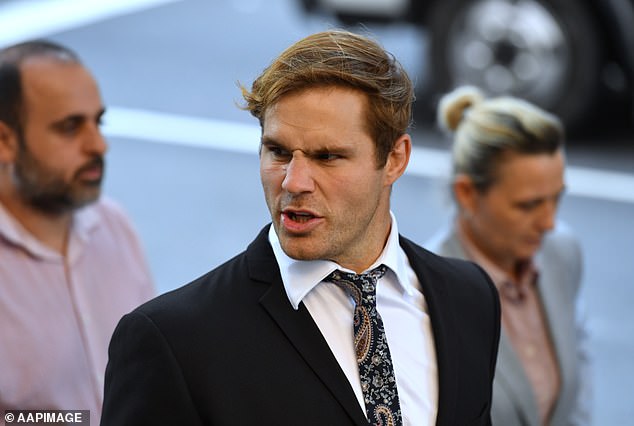 ‘He thought he could do whatever he wanted,’ David Scully said of de Belin walking naked into the bathroom 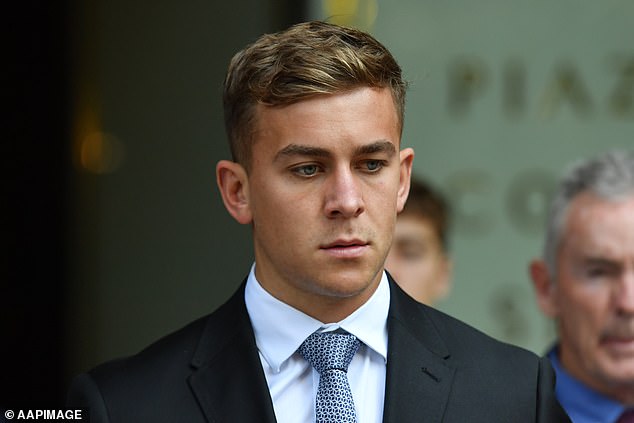 Callan Sinclair (pictured) pleaded not guilty the charges in his retrial

Both men have pleaded not guilty to multiple charges of aggravated sexual assault, saying their encounter with the then-19-year-old in December 2018 was consensual.

Mr Scully said de Belin was ‘the instigator’ of the attack, having led the way in getting the woman back to his cousin’s North Wollongong apartment after the city’s popular Santa Pub Crawl.

‘He hoped and – you might think – expected that consensual sex would occur once he’d got this young female back to the apartment,’ the crown prosecutor told the jury.

But when she didn’t want it and said stop, de Belin ‘wouldn’t take no for an answer’.

‘They were there and it was going to happen,’ Mr Scully said.

The woman says she was attacked after rushing from the bathroom, where she’d been using the toilet.

She said the completely naked de Belin had opened the closed door and stepped into the shower. 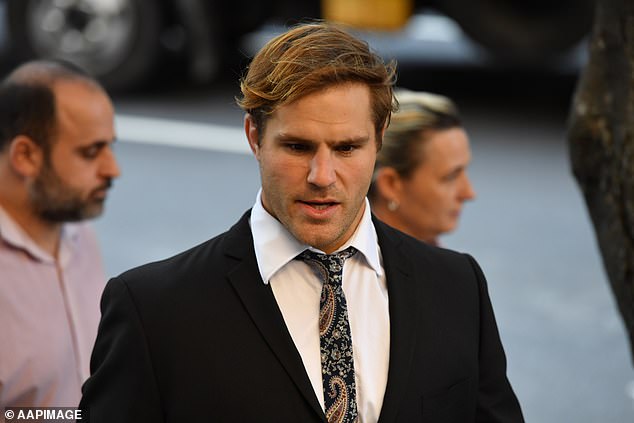 The footballer said he’d earlier flagged having a shower and only entered the bathroom after hearing the toilet flush.

Mr Scully said de Belin thought walking around naked would ‘inevitably’ lead to sex but his initial attack ‘may have come as quite a shock and a surprise’ to Sinclair.

The younger man ‘made the wrong choice and he joined in’.

Sinclair testified the woman was acting normal and ‘enjoying herself’ during the episode, and was not crying as she told the court.

The woman kissed Sinclair and made a ‘V-sign’ towards the men in a bar, the jury has heard.

According to de Belin, his dancefloor proposition ‘You, me and Cal?’ was met with a wink and a smile once he confirmed he could keep a secret from his girlfriend. 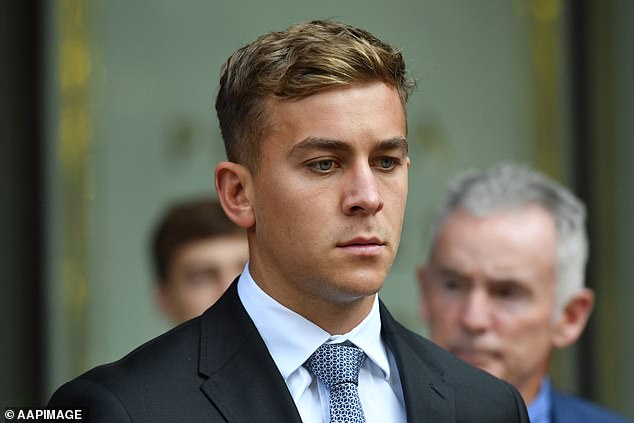 Dubbing that version of events false, Mr Scully said the men had ‘sprinkled’ words and actions into their story ‘to turn the narrative into a false picture of a consensual sexual encounter’.

‘They just went too far and it became inherently implausible,’ he said.

The woman had been upfront with the police about sharing a ‘fun’ kiss with Sinclair and her account to the court was ‘compelling’, despite understandable gaps and mistakes about what occurred outside the unit.

‘You might think that the focus of her attention on that night and what would be burnt in her memory is what happened in that room,’ Mr Scully said.

The accused men’s barristers, David Campbell and Sharyn Hall, are due to deliver their final addresses after Mr Scully.

Earlier in the trial, Mr Campbell said the complainant’s evidence has a ‘fundamental issue of credibility’ and the men had ‘forcefully, emphatically, repeatedly and consistently’ denied anything untoward. 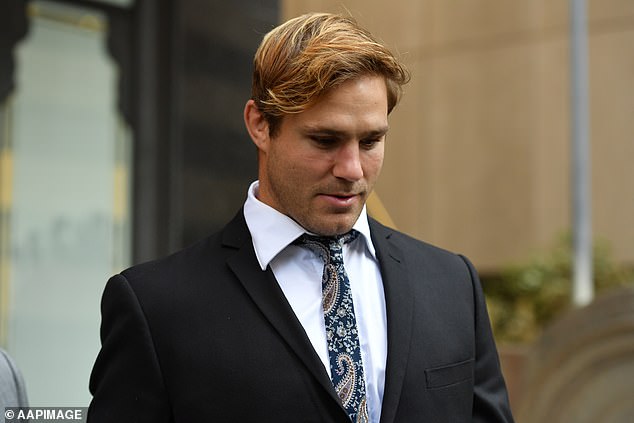 Search for a stranger over hero PCSO's murder in Kent woodland