Kylian Mbappe will have the pick of Europe’s elite clubs when the 21-year-old sensation makes his next move, but PSG claim the star is a step closer to staying-put in Paris.

The forward’s deal with the French champions is set to expire in the summer of 2022 and the former Monaco wonderkid has stalled talks over a new contract.

Mbappe has considered an exit from PSG before and links to Real Madrid will not subside. The star spoke of being open to a ‘new project’ in 2019 before finally deciding to stay – reaching the Champions League final last term. 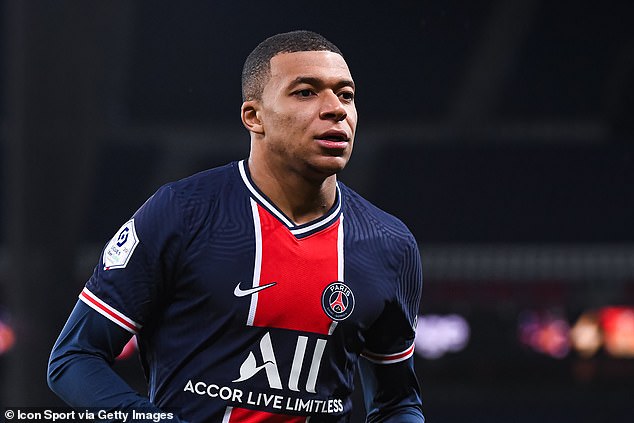 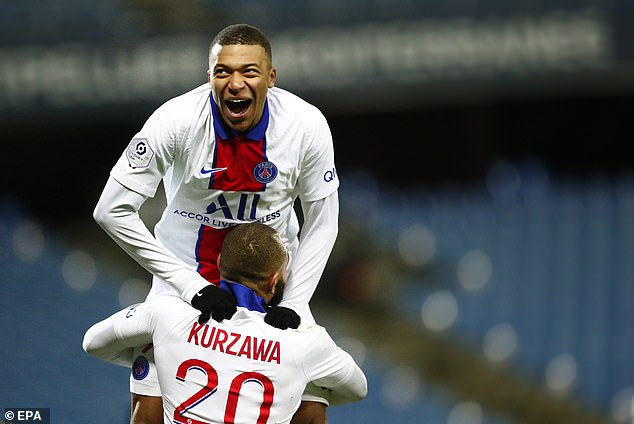 The forward, who scored in a 3-1 away victory at Montpellier, will be out of contract in 2022 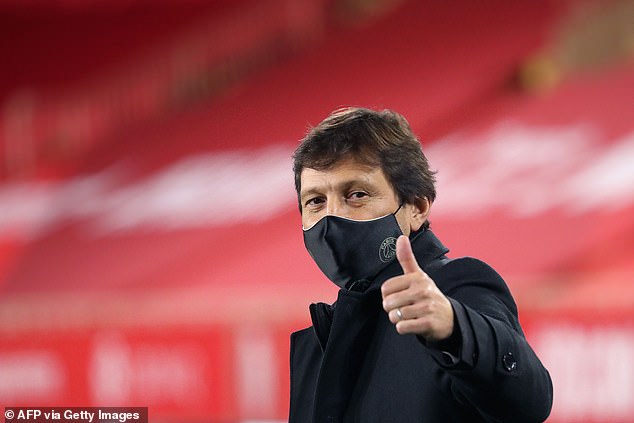 Despite speculation of a Real Madrid switch, PSG chief Leonardo insists it is all under control

While Mbappe’s admiration for Real Madrid is well known, sporting director Leonardo is convinced PSG are closing-in on an extension for the phenomenon.

‘We’re talking. We want to discuss, and he also wants to discuss. Now is also the time to come to a clearer idea of his future,’ Leonardo told Canal+ on Saturday.

‘It is going well. We have taken steps forward compared to 10, 15 days ago and we will continue.’ 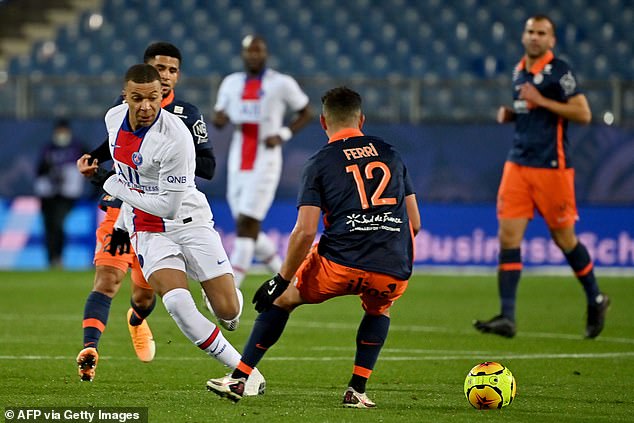 Mbappe bagged his first goal in four games on Saturday, scoring in injury-time to bury Montpellier’s hopes in a 3-1 Ligue 1 victory.

The Frenchman was enduring a brief slump in form, with the forward yet to open his account in the Champions League this season.

His prolific start to the 2020-21 season ensures the Frenchman is still among Europe’s most prolific scorers, with 10 goals in his nine French top-flight appearances so far.

Police break up huge party at Christmas market in Nottingham