The controversial psychiatrist who said that she fantasized about shooting white people during panel at Yale University in April has doubled down on her attacks saying white people are ‘psychopathic’ in a new interview.

Dr. Aruna Khilanani, who runs her own practice in Manhattan, delivered a talk titled Psychopathic Problem of the White Mind virtually to medical students and faculty back in April after being invited by Yale School of Medicine’s Child Study Center.

Khilanani made stunning statements during her talk, including admitting she has had violent fantasies about shooting white people.

‘I had fantasies of unloading a revolver into the head of any white person that got in my way, burying their body and wiping my bloody hands as I walked away relatively guiltless with a bounce in my step. Like I did the world a f**king favor,’ Khilanani said during the talk.

Khilanani appeared on Marc Lamont Hill’s Black News Tonight on Thursday and elaborated on claims she made in her Yale speech.

‘Would it be fair to say, based on your expertise, that white people are psychopathic?’ Hill asked Khilanani.

‘I think so, yeah,’ she replied. ‘The level of lying that white people do that has started since colonialism, we’re just used to it.’

In our exclusive interview, Dr. Aruna Khilanani explains why she said there were ¿no good apples¿ among White people. She also explains her claim that White people are ¿psychopathic.¿ pic.twitter.com/CMfrz5vO3K

When pressed by Hill about what specific lies she was talking about, Khilanani said white people reframed the horrors of colonialization. 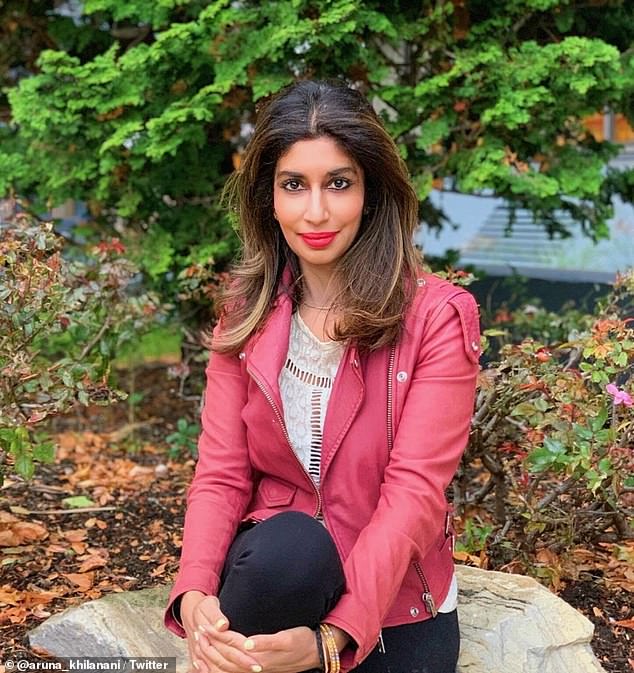 Dr. Aruna Khilanani, (pictured) who runs her own practice in Manhattan, revealed she fantasized about ‘unloading a revolver into the head of any white person’ who got in her way in her April lecture

The comments seemed to double down on her April remarks where she went as far as to say that white people feel they are being bullied when people of color bring up race and described it as a ‘psychological predicament’.

‘They feel that we should be thanking them for all that they have done for us. They are confused, and so are we. We keep forgetting that directly talking about race is a waste of our breath,’ she said.

‘We are asking a demented, violent predator who thinks that they are a saint or a superhero, to accept responsibility. It ain’t gonna happen.

‘They have five holes in their brain. It’s like banging your head against a brick wall. It’s just like sort of not a good idea.’

After audio of her 50-minute lecture was published on Substack by journalist Bari Weiss earlier this month Khilanani’s practice was bombarded with negative reviews that accused her of being anti-Semitic.

Yale professor of social and natural science Nicholas A. Christakis slammed her ‘racism’ which he said must be ‘soundly rejected’

‘The racism expressed by Dr. Aruna Khilanani … is deeply worrisome & counter-productive,’ Christakis tweeted in early June. ‘Of course, as an invitee, she is free to speak on campus. But her views must be soundly rejected.’ 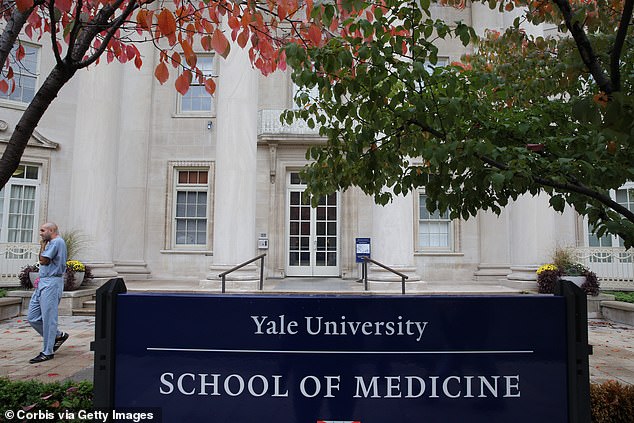 Dr. Aruna Khilanani delivered a talk titled Psychopathic Problem of the White Mind virtually to medical students and faculty back in April after being invited by Yale School of Medicine’s Child Study Center