Psychologist, 42, who specialised in helping suicidal people hanged herself

A consultant psychologist who specialised in helping people who were at risk of suicide killed herself after her husband told her he wanted to a divorce.

Dr Pamela Reeves, from Wokingham, Berkshire, had specialised in helping people who were struggling with mental health issues which made them likely to harm themselves, an inquest into her death heard today.

However, the 42-year-old doctor hanged herself after her husband Matthew Reeves, a police superintendent, told her their relationship might be over and left the marital home on July 26, the coroner was told.

The following morning, at a meeting with Dr Reeves’ colleagues from a specialist mental health team, known as the PICT, based in Reading, some of her close friends became concerned that Dr Reeves, known as ‘Pam’, was missing.

Another clinical psychologist, Dr Anna Norris told the inquest how she had volunteered to go to Dr Reeves’ home to check on her colleague.

In a statement to the hearing in Reading, which she also attended in person, Dr Norris said: ‘Pam’s mum was supposed to be moving in and the plan was to build an annexe. 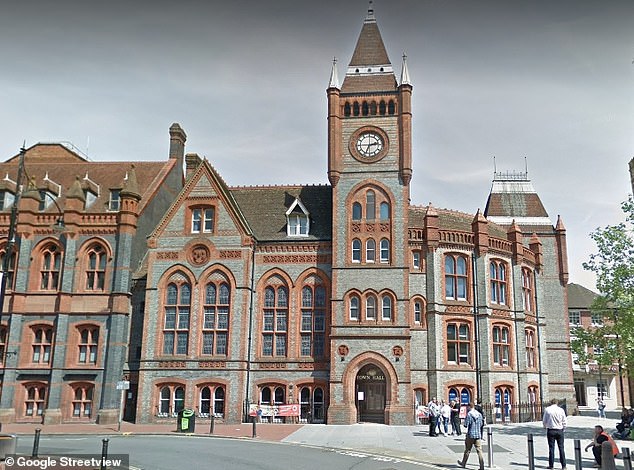 ‘Eventually Matt had told Pam that he did not want her mum moving in. Pam told her mum this and she was unhappy. Her mother had not been talking to her because of this.’

A court heard one of the other members on the team had told Dr Norris: ‘I hope she does not kill me for sharing this but Matt told her he wanted a divorce yesterday afternoon.

‘She was very calm and rational by the time I spoke to her. She said she would take a Nytol and go to sleep but I have not heard since. I am seriously worried.’

Dr Norris said she found the kitchen door to Dr Reeves’ home open and discovered piles of rope in the kitchen along with paperwork on the arm of a chair.

The inquest heard that Dr Norris managed to enter the bedroom via a bedroom window and found Dr Reeves hanged.

Ambulance crews attended and declared Dr Reeves dead at the scene as police cordoned off the area and carried out a crime scene investigation, seizing two mobile phones.

Superintendent Matthew Reeves said in a statement to the coroner how he discovered, on the day after his wife’s body was found, that she had been searching the internet for methods of suicide.

Mr Reeves’, who attended the inquest, said in his statement: ‘From our conversations in the past, Pam did not think people should be ashamed of suicide. We would often talk about it due to my work in the police.

‘She worked closely with clinicians who provided training to patients who were at a high risk of suicide.’

The police superintendent told how he and Mrs Reeves, originally from South Africa, had met during a night out when she was working for Hampshire Constabulary as an analyst.

They had married six months later in 2003 and started planning to build their ‘forever home’, until disagreements about the plans started to rear up, Mr Reeves said.

‘Pam also looked at the financial side of her mum moving over from South Africa. It soon became apparent that Pam would need to help her mum out financially.

‘Pam was not too happy about this, for the last five months there had been a rift between them.

‘We looked at trying to get a mediator in South Africa to get them talking properly again. When I spoke to her mum in the days after, she mentioned that Pam had told her that I wanted to divorce.’

The couple had put their house on the market and looked to move, with Mrs Reeves described as ‘really happy’ about a new house she had seen but Mr Reeves decided to reveal his feelings about the relationship.

He said: ‘I felt I needed to say something. I could not go on to the next chapter. On July 26 I said to Pam I thought we needed to go our separate ways.

‘We had woken up and had a lazy morning. Late in the afternoon, around 3.30pm, we were sat on the three-seater sofa. The conversation was very calm, I had always struggled to talk about my emotions but I knew I needed to now. I had said I wanted to leave and Pam said it was unfair.

‘I knew I needed to leave the house to think about everything and if I stayed, I would not be able to think properly.’

The couple had agreed to consider relationship counselling but Mr Reeves had left to stay with his mother, packing a bag of his work uniform and some other belongings, the inquest heard.

After telling each other they loved one another, Mr Reeves left and the next time he contacted his wife was through a Whatsapp message which was not read, the coroner was told.

Katy Thorne QC, the assistant coroner for Berkshire, said a toxicologyl examination showed Mrs Reeves had consumed a small amount of alcohol and some Niytol, with a post-mortem examination giving a cause of death as asphyxia due to hanging.

Concluding the inquest, Ms Thorne said: ‘Mrs Reeves lived with her husband in Wokingham. She had had some recent personal problems regarding her relationship with her mother and her husband.

‘On the evening of Sunday, July 26, Mr Reeves left the marital home for a trial separation. Mrs Reeves was last spoken to that night by a friend and the following day did not attend a work meeting.

‘I am satisfied that she took her own life. I am satisfied she intended to do so, having significant personal problems and having searched on the internet for methods of suicide and probably knowing that nobody would come to the house for some time.’

Go to work or care for your child: Pandemic has forced women to drop out of the workforce

Go to work or care for your child: Pandemic has forced women to drop out of the workforce