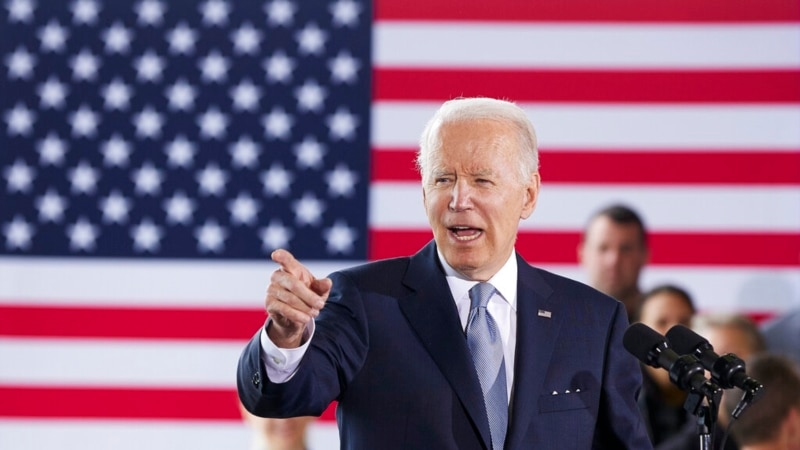 President Joe Biden kicked off a two-day visit to the Pacific Northwest by focusing on planned improvements to the runway and roof of the airport where he landed Thursday, rather than any of the region’s traditional natural attractions.

Portland International Airport sits on a tectonic plate fault line, but crews are working on a number of upgrades, including a new earthquake-resistant runway capable of accommodating planes coming and going even after a major natural disaster. . The design is modeled after the runway at Japan’s Sendai airport, which Biden said he had visited and which survived the 2011 earthquake and tsunami in that country.

The trip is Biden’s first as president to this part of the country and comes as he has increased travel across the US to promote the $1 trillion bipartisan infrastructure package his administration supported and Congress approved last fall. Since last week alone, Biden has been to Iowa, North Carolina and New Hampshire, and will travel to Seattle after the stop in Oregon.

The president has been trying to promote the idea that he has successfully advanced key policy goals, including providing much-needed funding for long-neglected public works projects across the country, despite Republicans in Congress they oppose many of the White House’s priorities at all times.

The GOP counters that Biden has done little to address many of the nation’s most pressing problems, failing to control inflation that has risen to its highest levels in more than 40 years or curb crime rates that are rising in some parts of the country.

“We have fallen behind. We have not invested in ourselves,” Biden said in a speech during which he noted that the public works package includes $25 billion to improve airports across the United States. “It bothers me a lot that there is a belief that we can’t do great things anymore. We can.”

He added: “The United States invented modern aviation, but many of our airports lag far behind our competitors.”

The Portland airport is flanked by mountains and hills, however, prior to his remarks, Biden was more attentive to workers as they explained how the improvements would increase resiliency and energy efficiency. Officials are spending $2 billion renovating the airport, including improvements to the roof of the complex, whose new sections will be mostly wood.
The White House says that about 19.8 million passengers traveled through the Portland airport in 2019 and that air freight is up more than 19% since 2019 as online commerce has grown amid the coronavirus pandemic. .

A two year-old boy found bloodied and alone during the Highland Park shooting on and lifted from underneath his father is an orphan after both his parents were killed...

If you are planning on making an investment in Sri Lanka then you have surely landed in the right place. You don’t have to worry about making an...

Robert 'Bobby' E. Crimo III, in one of the videos he uploaded to his YouTube page.Robert Crimo (Robert Crimo via REUTERS)The identity of the Highland Park shooter, who...