Thousands of Queenslanders let their hair down while celebrating a day out at the races with punters placing bets, partying hard and showing off their flashiest outfits – with one guest bizarrely dressing up as the Pope.

The Ipswich Cup was the place to be on Saturday as eager racegoers enjoyed a day that brought back memories of what life was like before the pandemic struck.

While the day out at the Ipswich Turf Club, south of Brisbane, proved too exhausting for some punters who hitched piggyback rides on their mates, others were determined to keep the party going.

Some revellers took time out on the grass beside the track while others were seen struggling to stay upright in their sky-high heels.

The cup attracted around 15,000 guests but despite the excitement the day went smoothly with the cold and gusty weather failing to dampen punters’ spirits. 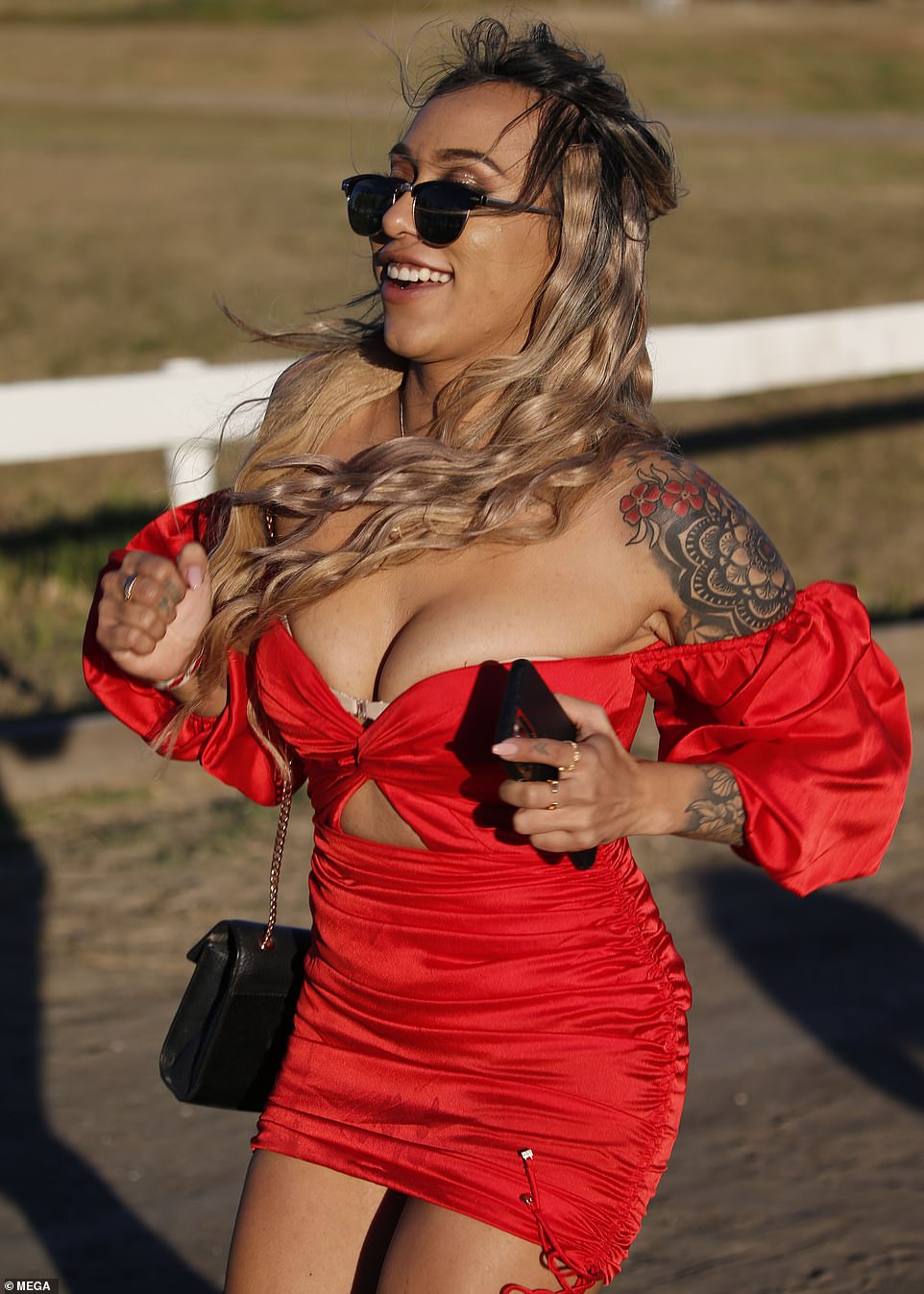 Ready to party! One woman is seen celebrating her day out at the races during the highly anticipated Ipswich Cup in Queensland on Saturday 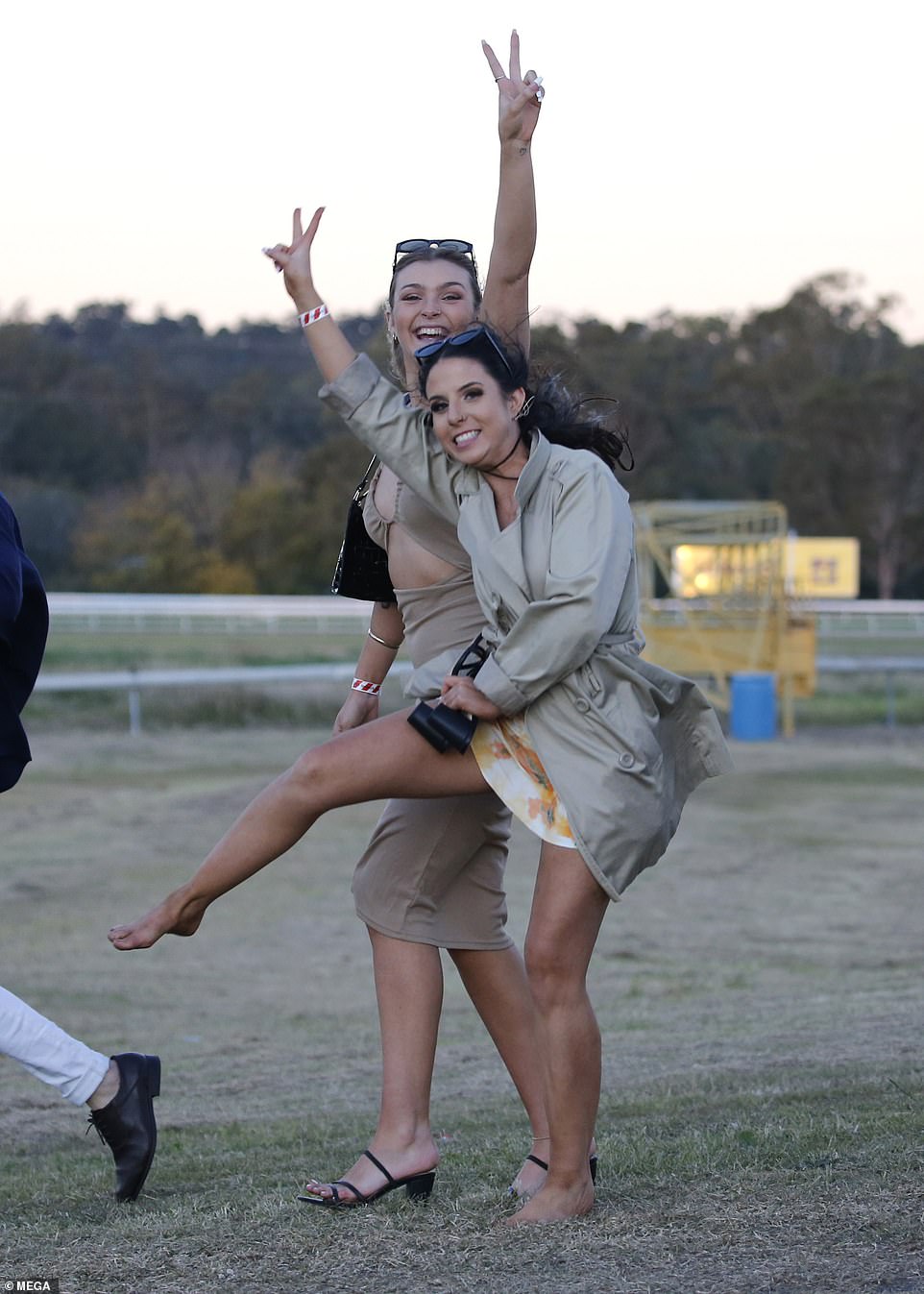 Giddy up! A long day in high heels proved too much for one young woman who kicked off her shoes as the action on the track came to an end 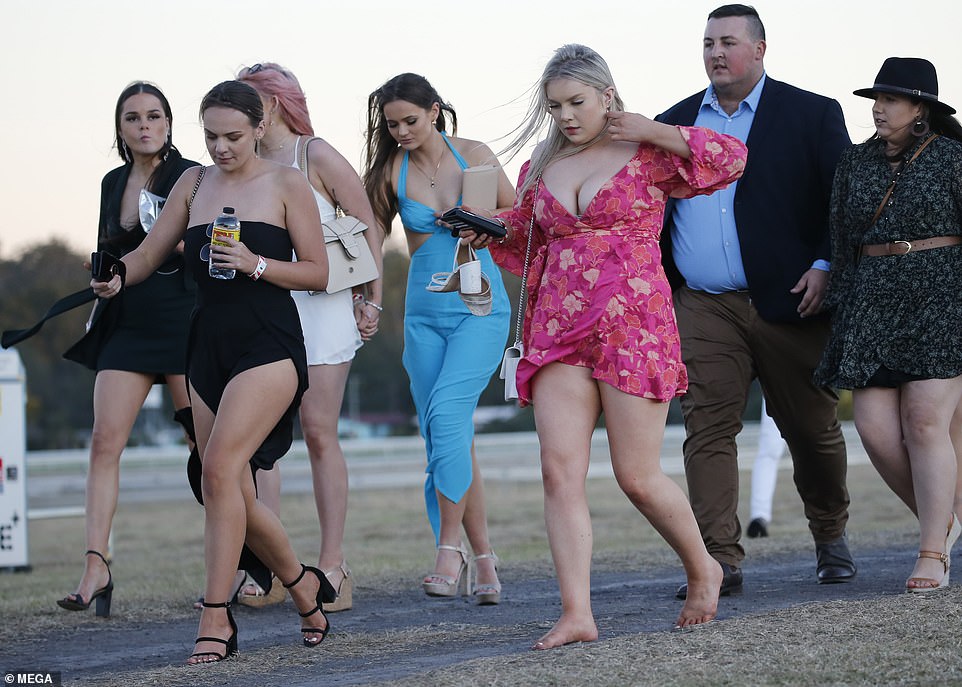 Dressed to the nines! Ladies and gents strutted their stuff in their finest gear at the cup, which attracted around 15,000 guests – many of whom were in the mood to cut loose 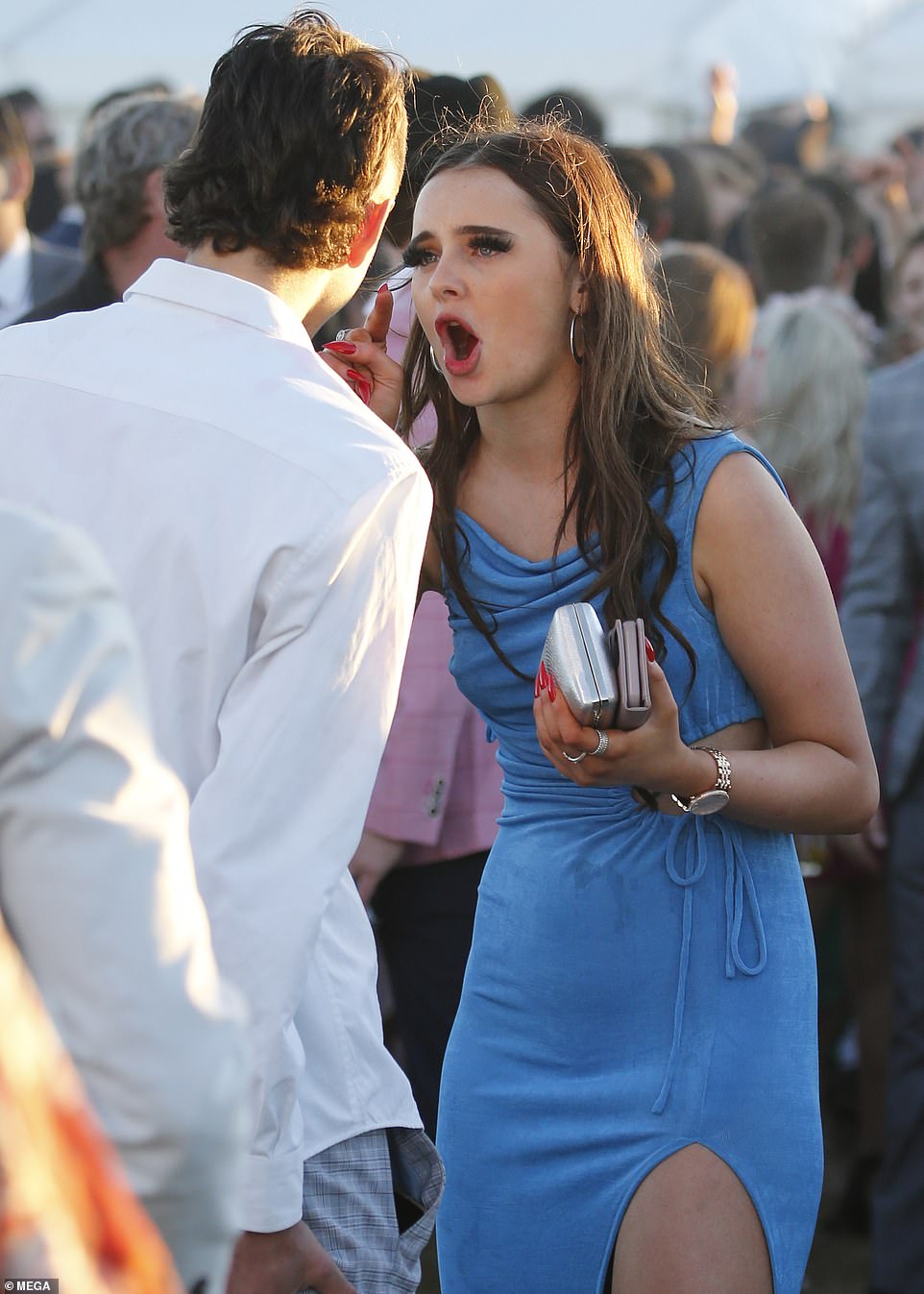 Got a good tip for race two? One punter was deep in conversation with her male friend while the Ipswich Cup kicked into gear 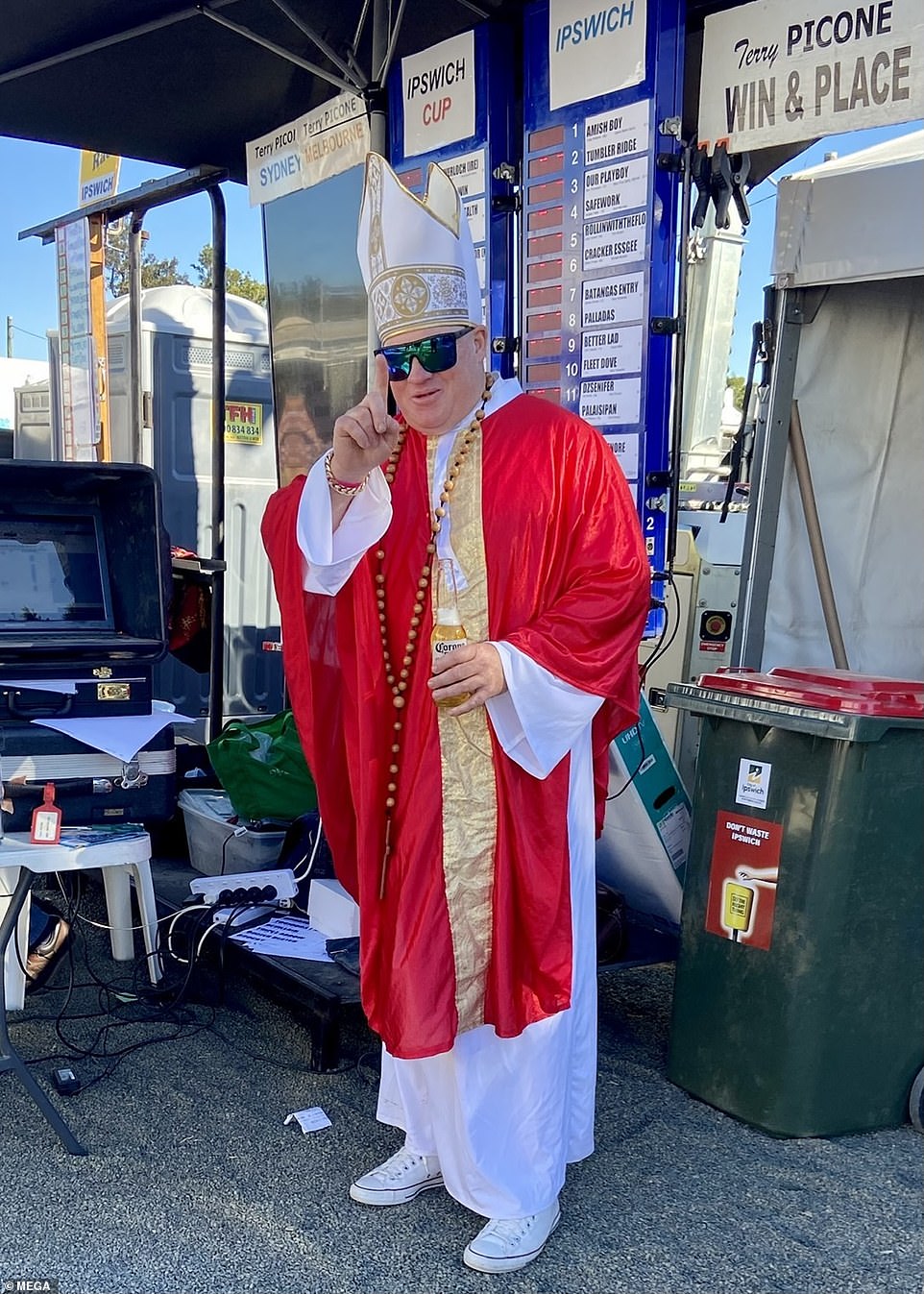 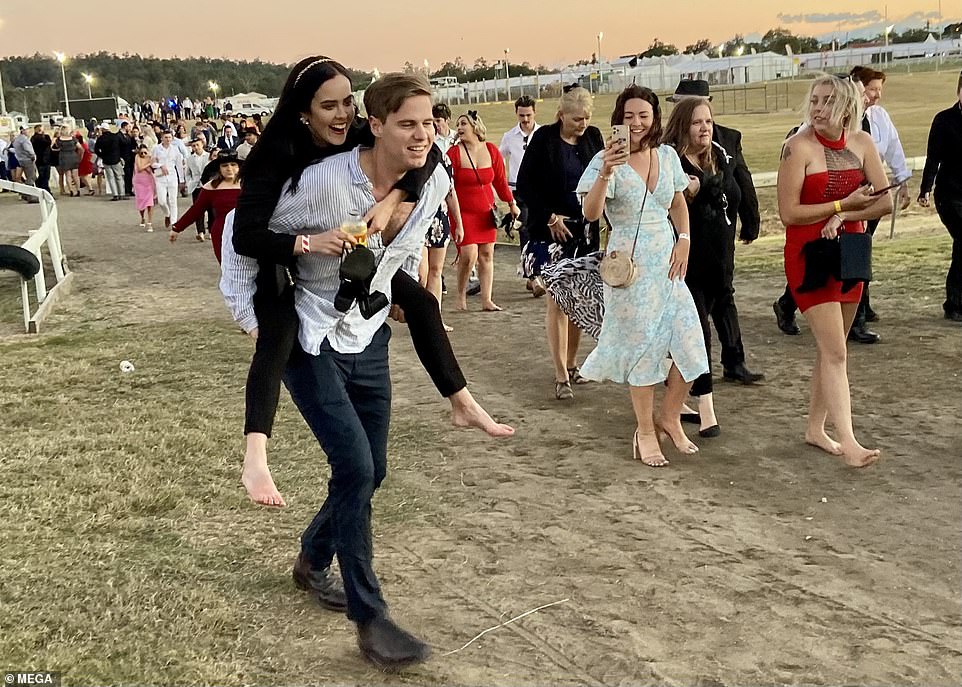 Need a ride? One man gave his friend a lift after a long day – and not even the cold and gusty weather could dampen spirits 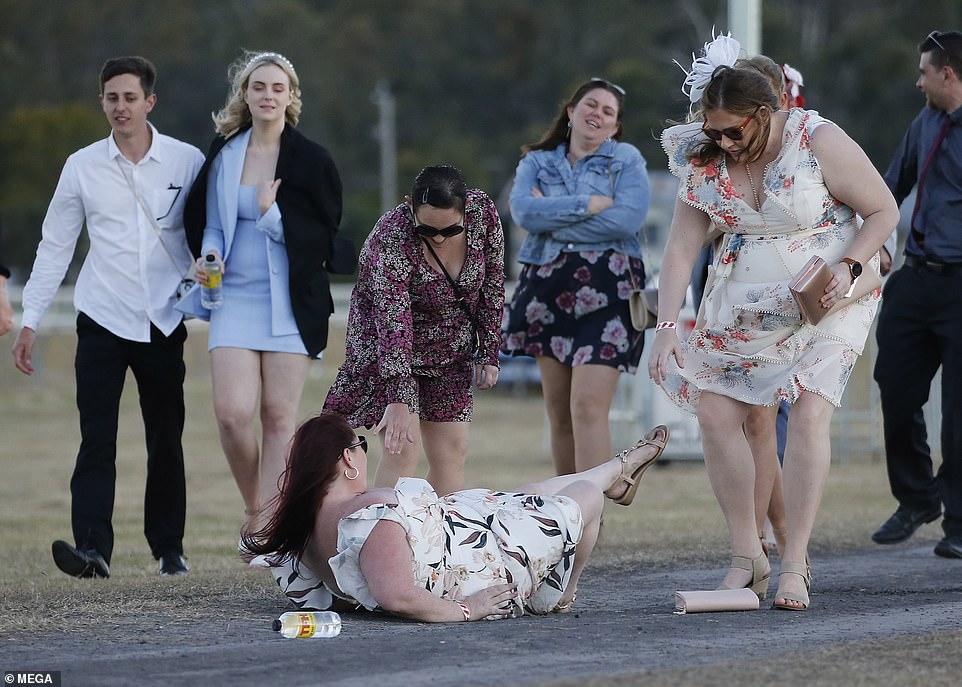 Need a hand? A group of friends help their mate up after she took a spill on their way home 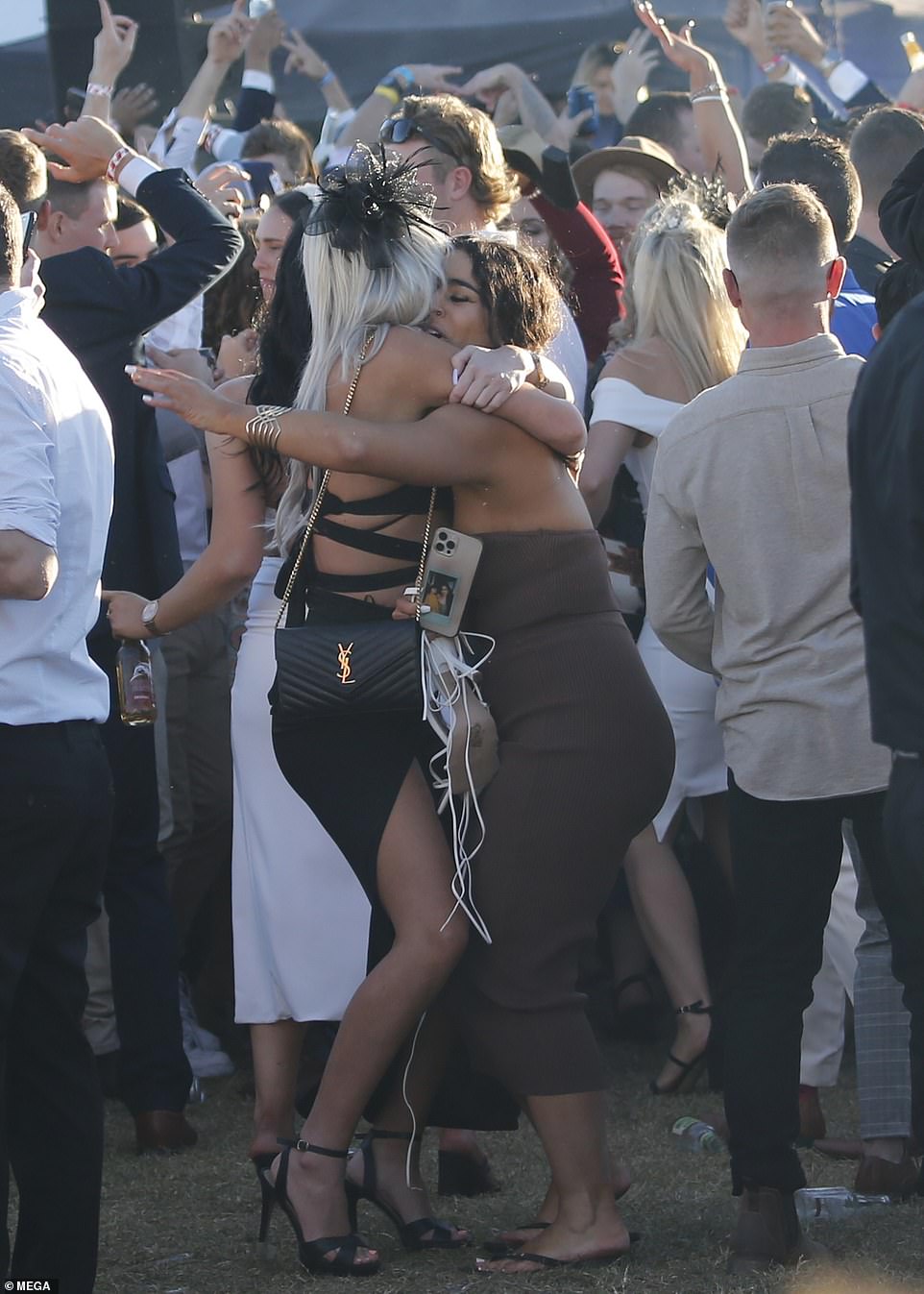 No social distancing here! Two friends share a hug in between races as a huge crowd kicks into party mode in the background

Covid-19 meant the event was canned last year so punters were doubly keen to kick up their heels this time around.

The Cup was won by Happy Go Plucky, ridden by jockey Stephanie Thornton with bets at $26. Coming in second place was So You Win, trailed by Flash Aah.

Some punters seemed unfazed by the action on the track and instead took the chance to catch up with mates over a glass of champagne.

While queues to the toilets piled up, one man was seen exiting the portaloo in a bizarre blow-up jockey outfit complete with an inflatable horse.

An emergency races day kit was even set up for guests who may have needed some assistance throughout the event. 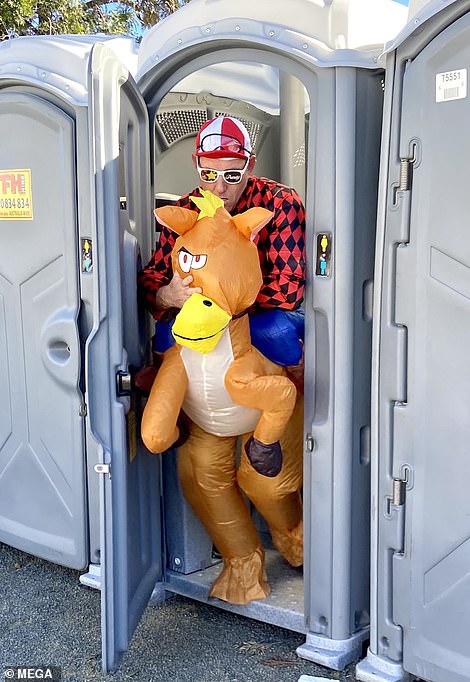 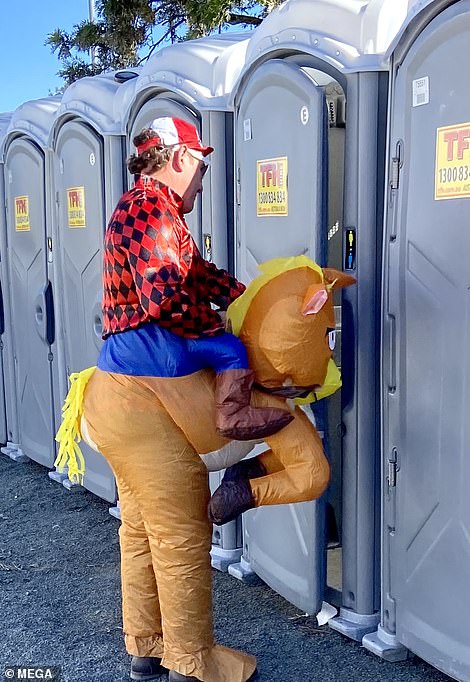 While queues to the toilets piled up, one man was seen exiting the portaloo in a bizarre blow-up jockey outfit complete with an inflatable horse 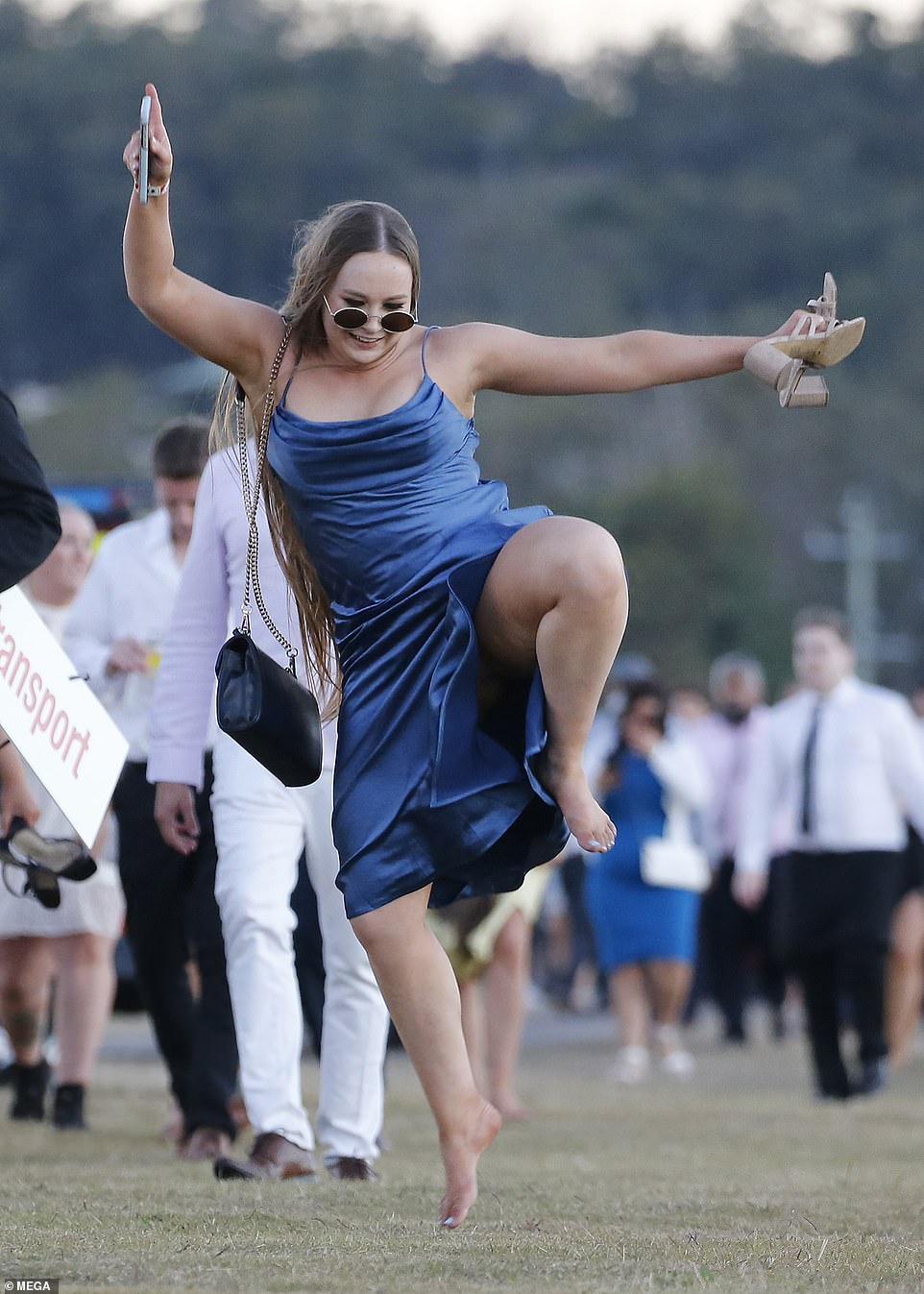 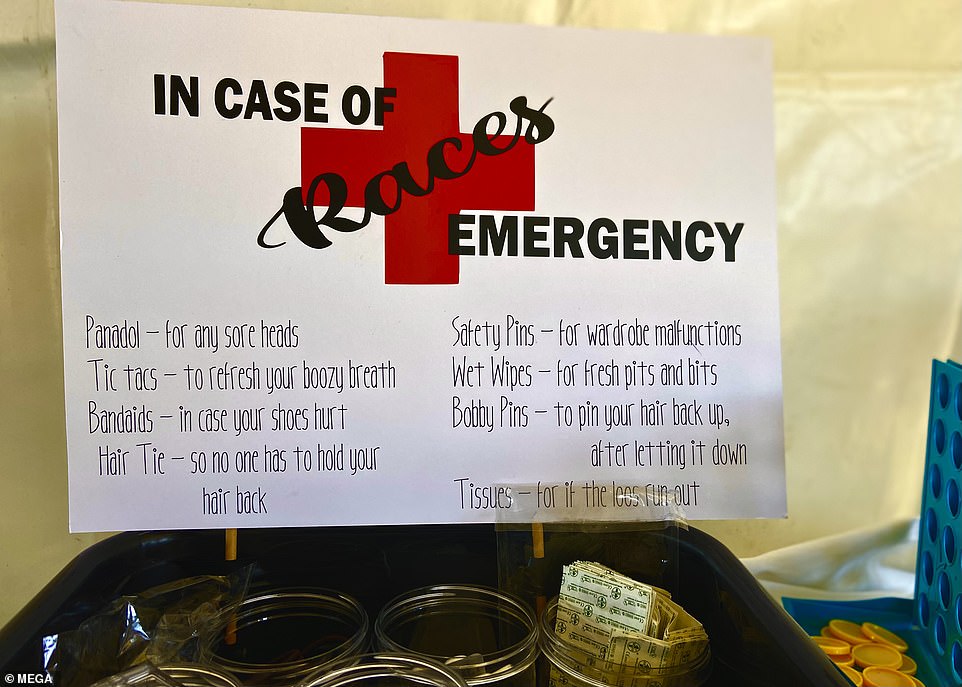 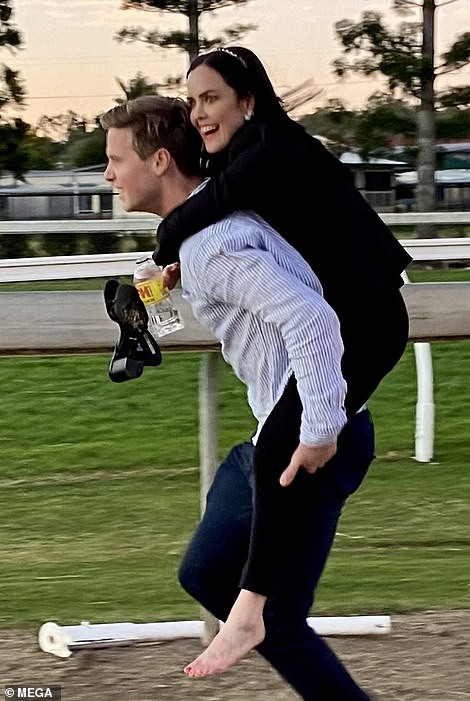 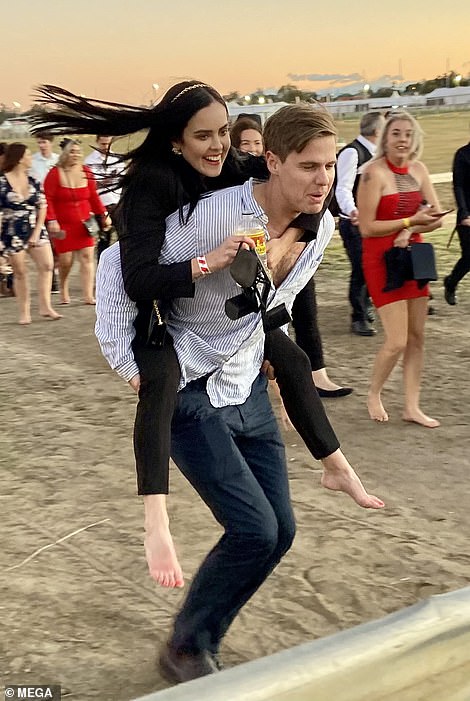 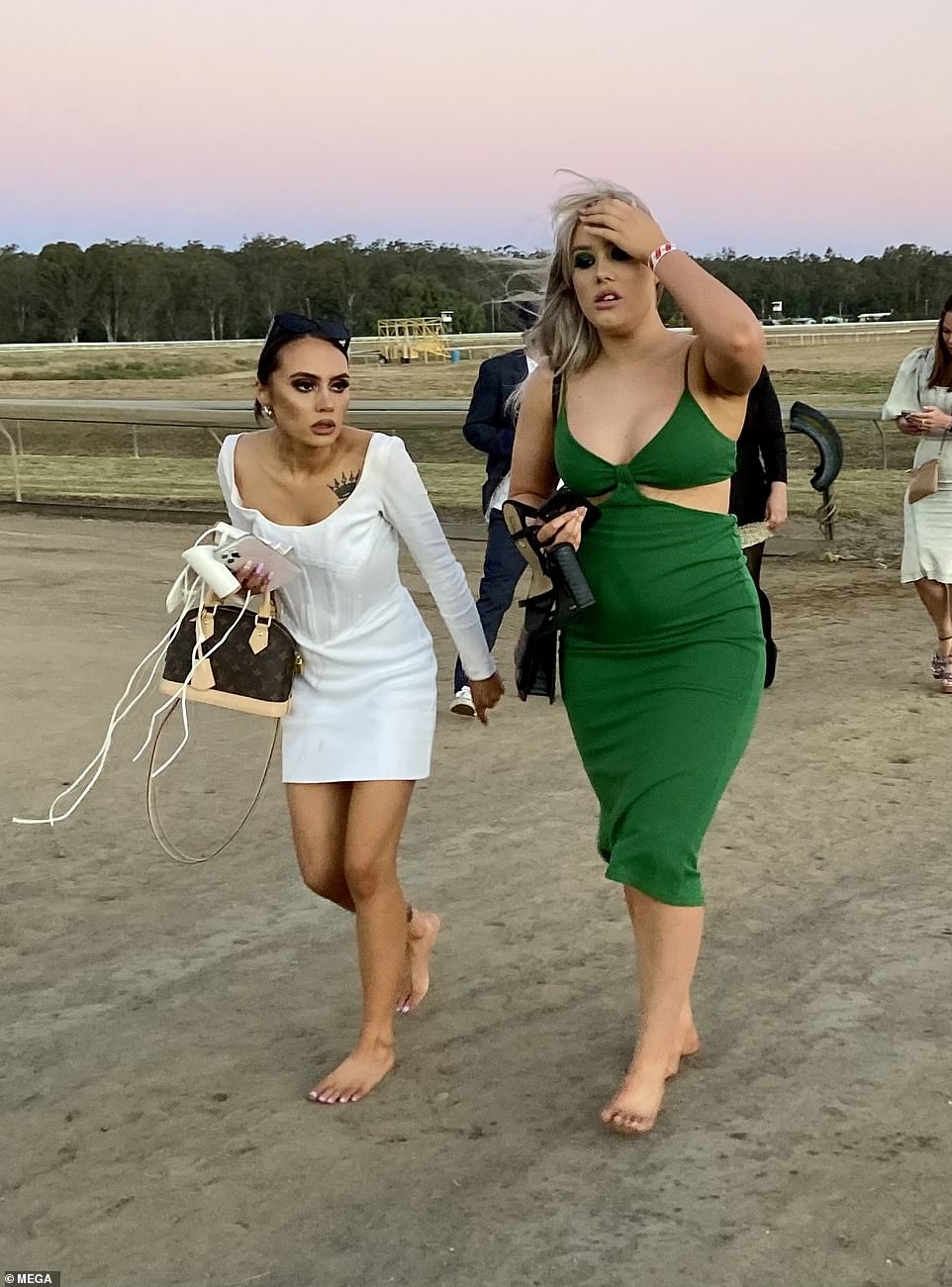 Shoes off! A couple of ladies kicked off their heels as they headed home from cheering on the horses 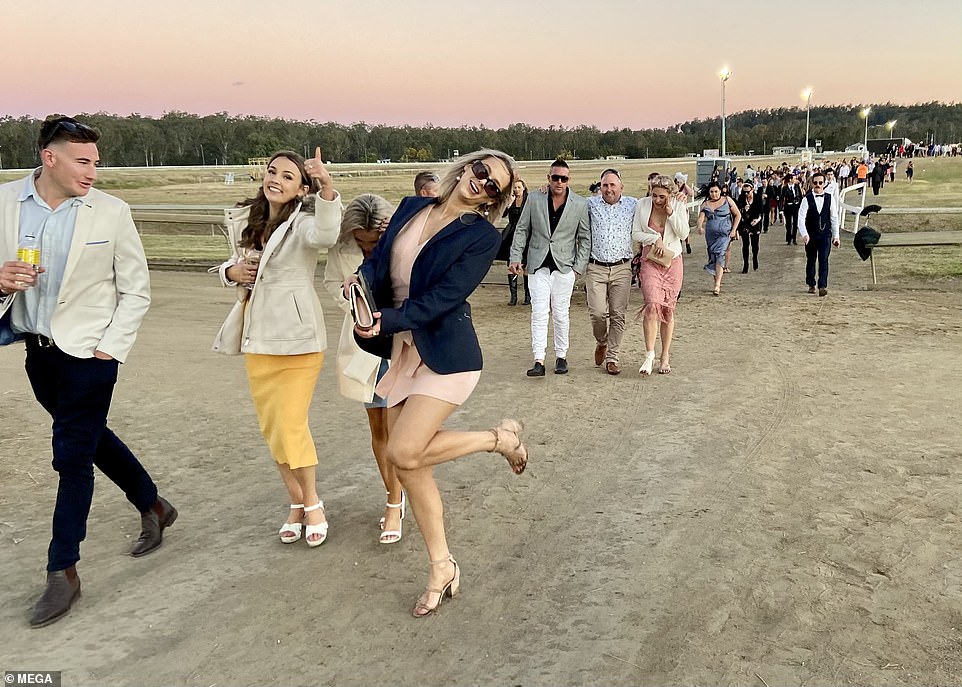 Time to go! Thousands spilled out of the turf club on Saturday afternoon as the celebrations came to an end 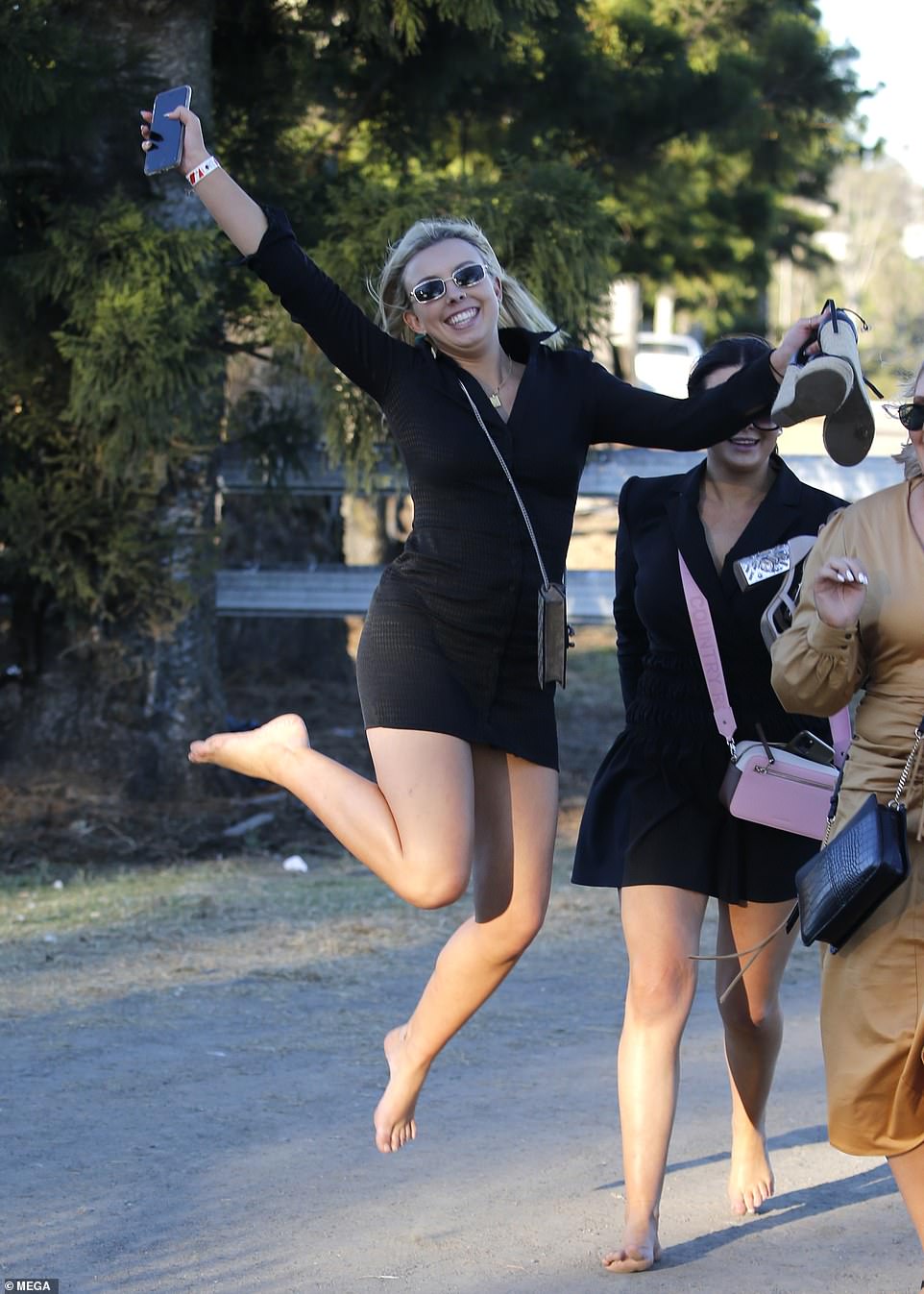 Yeehaw! One happy punter jumps for joy after

The Ipswich Cup has been running for more than 150 years and one man has been to over a third of them.

The man only identified as J attended his first ever cup in 1964 when he was just six years old.

He’s only missed the cup twice in his life including the year it was cancelled due to the pandemic.

‘If it’s in your blood, you love going to watch the horses,’ he told the Courier Mail.

‘From a little age I started being around all the horses and you don’t lose the love of horses.

‘Half the young people wouldn’t even watch the races but they’re here to have fun and enjoy the music later on but, by 4.30pm I’m out of here.’ 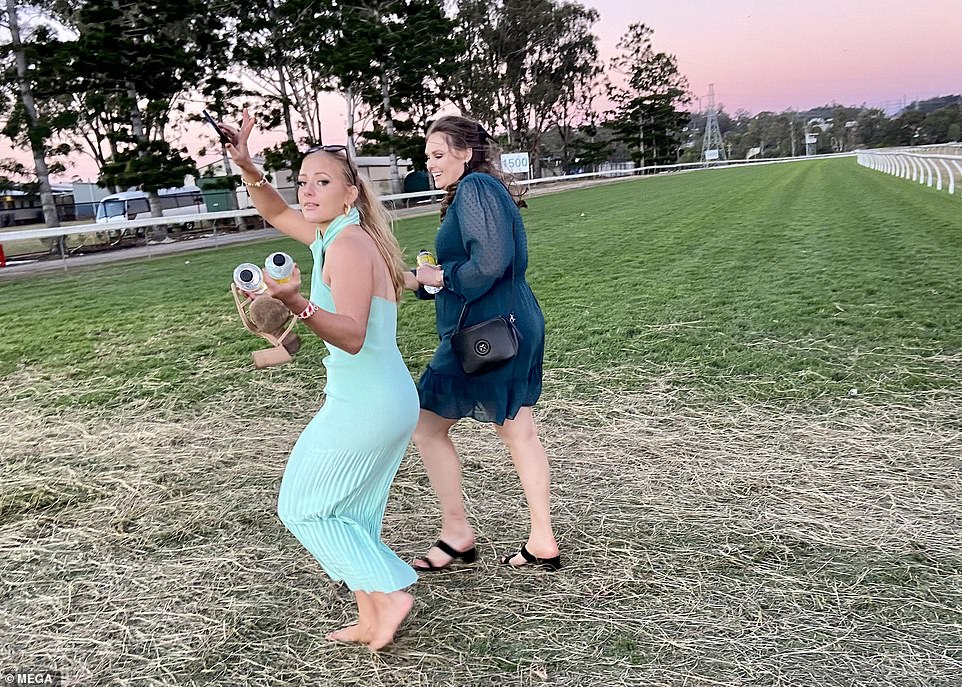 Peace out! There was a crowd of around 15,000 punters at the Cup on Saturday and the day went off without a hitch 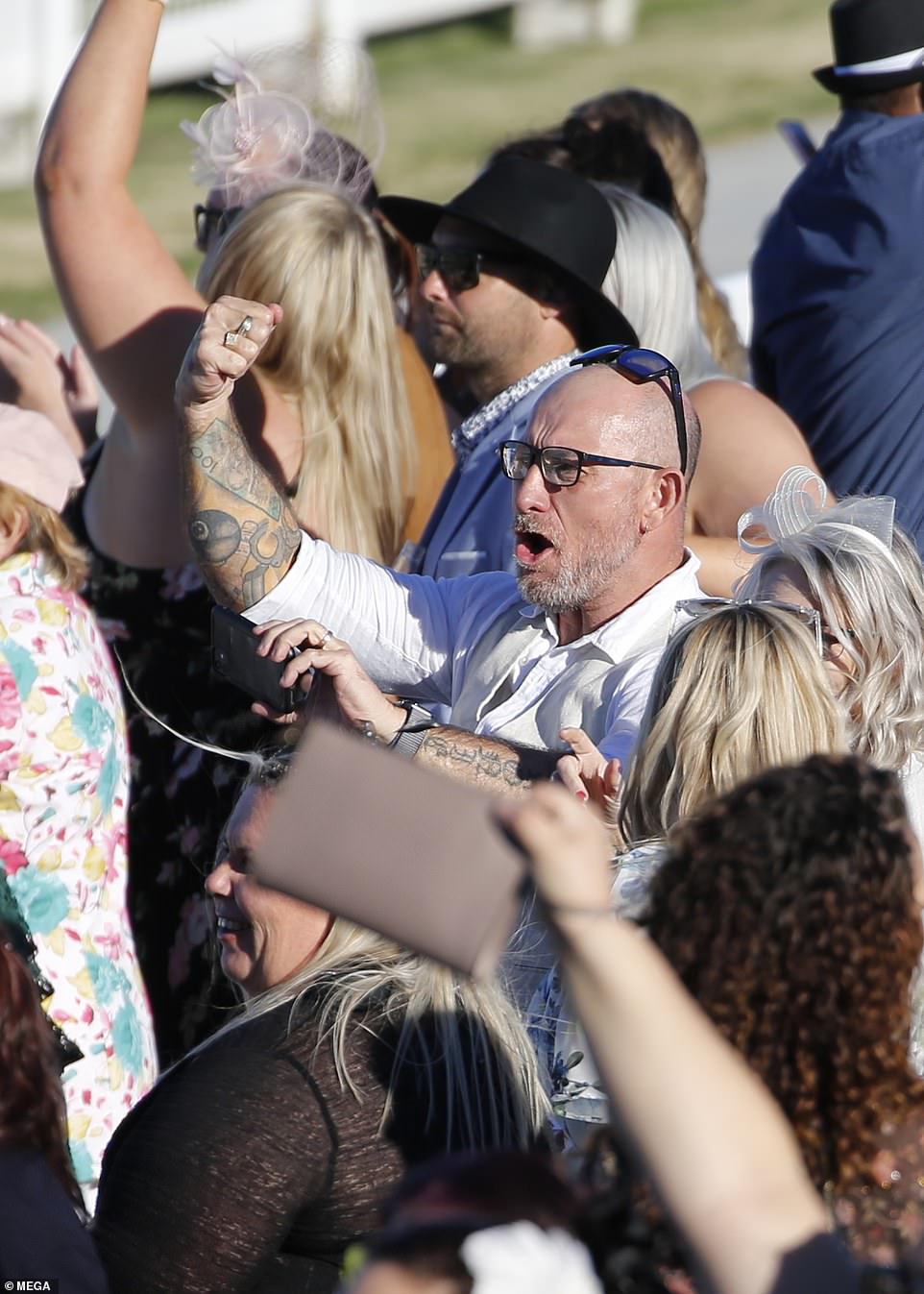 The Cup was won by Happy Go Plucky, ridden by jockey Stephanie Thornton with bets at $26. Coming in second place was So You Win, trailed by Flash Aah 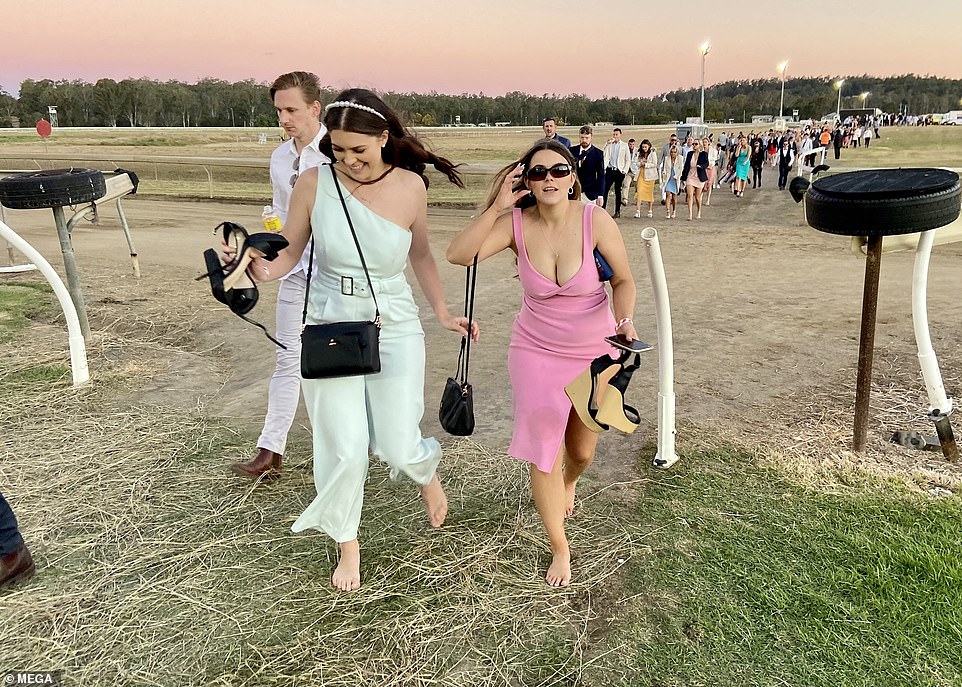 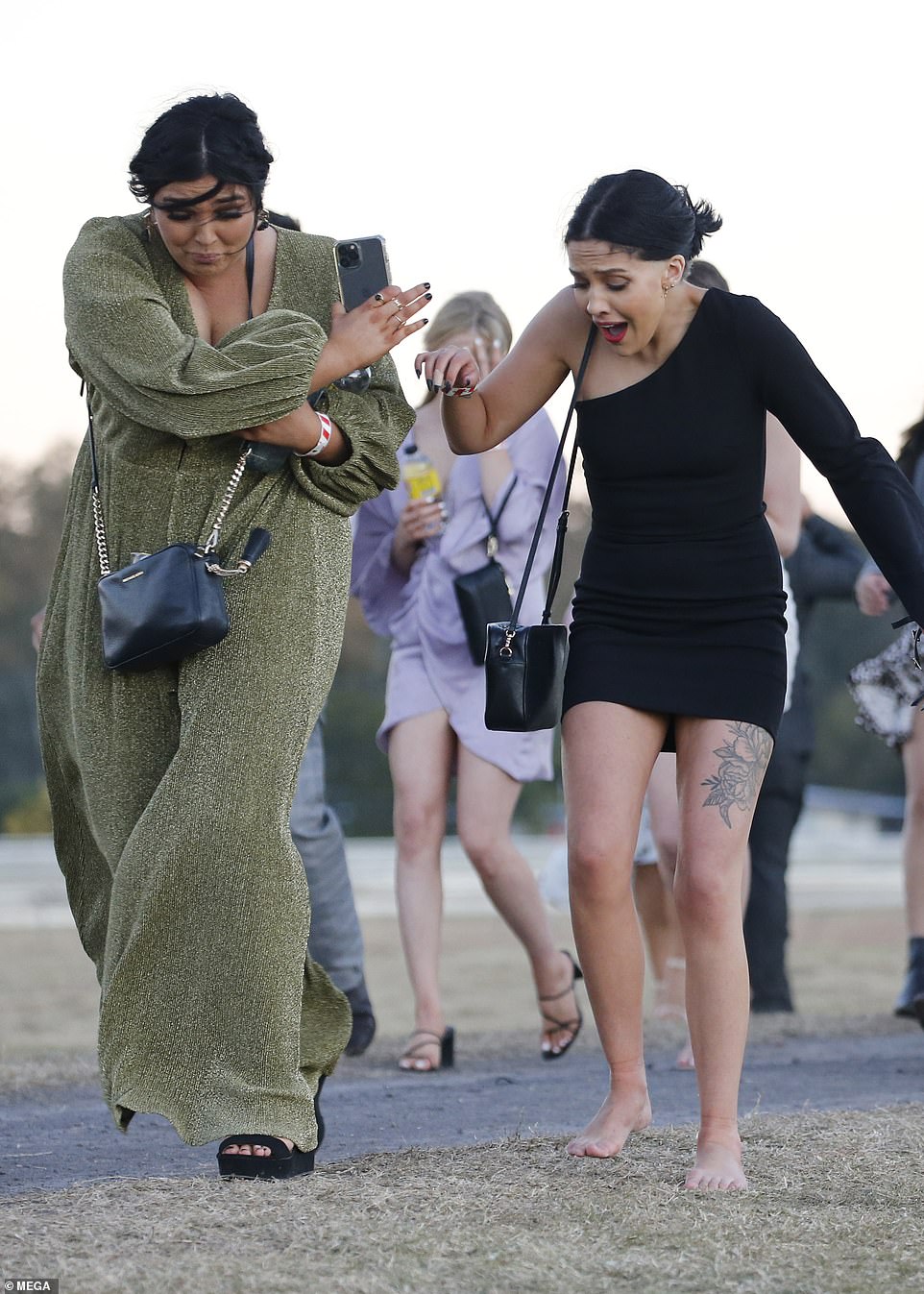 Wild weather! Not even the windy, chilly conditions deterred the revellers on Saturday 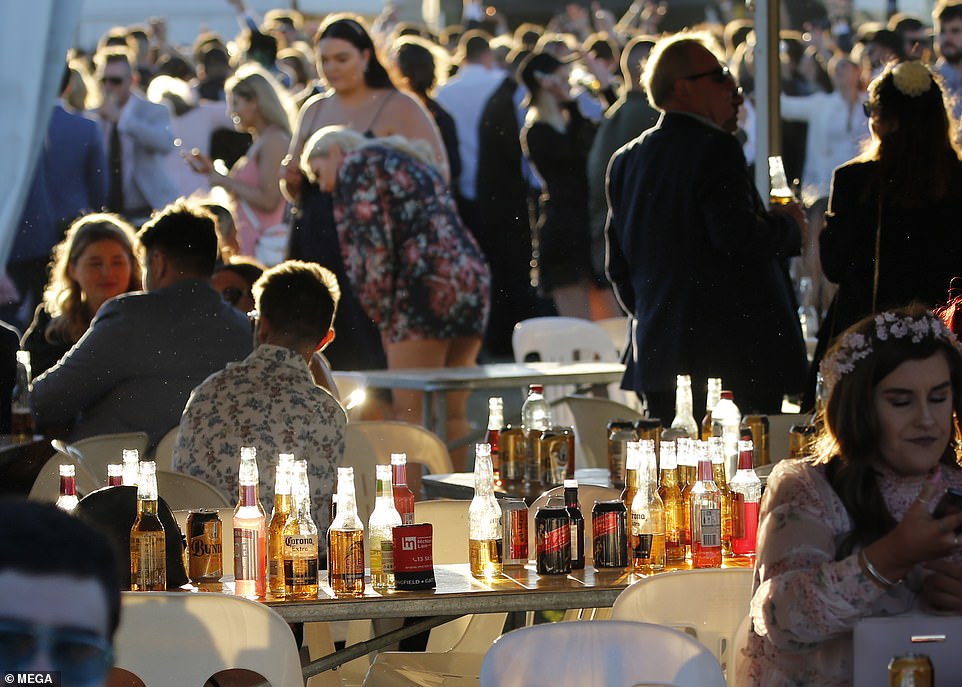 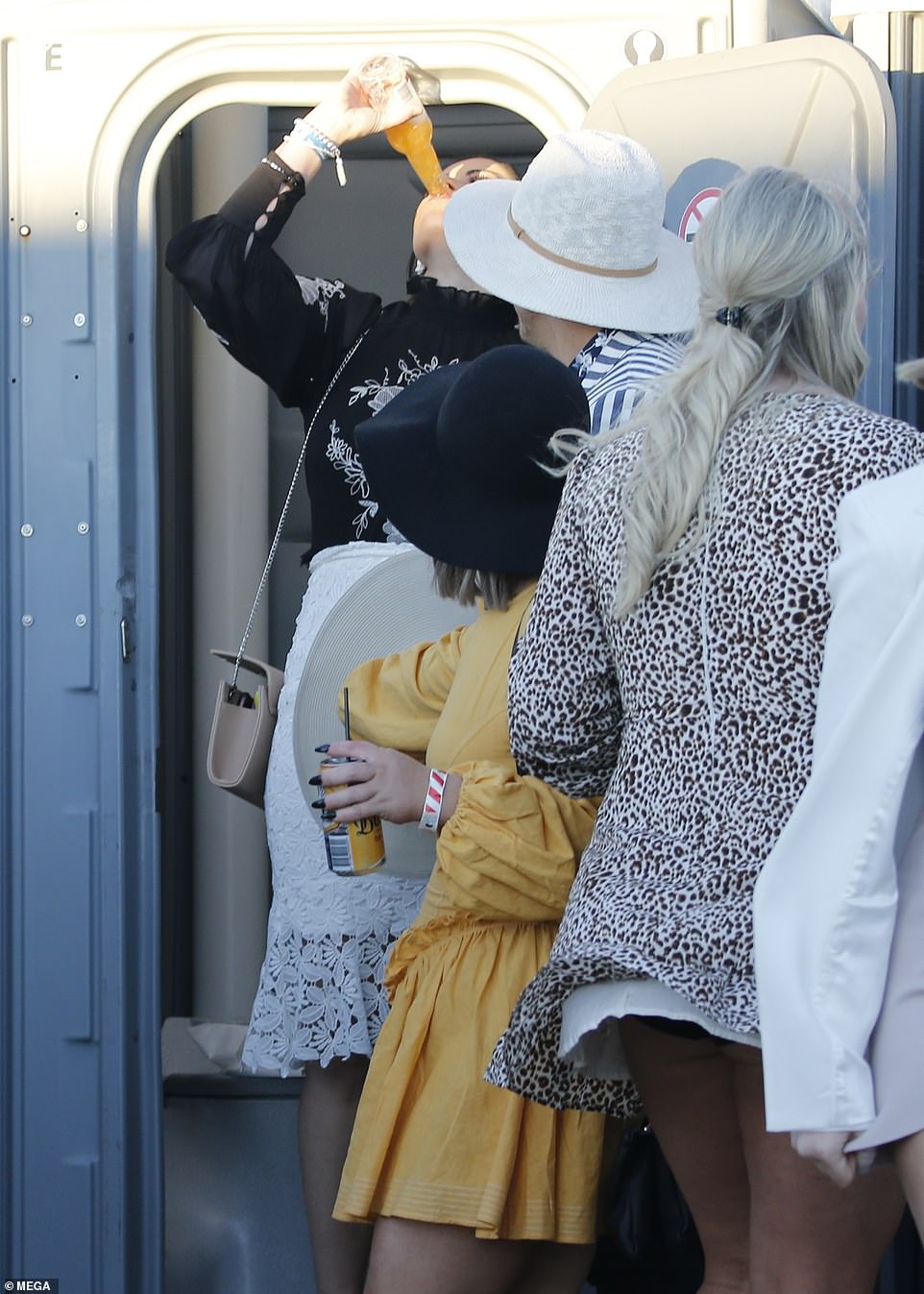 Line up! Ladies queue up at the portaloo in between races at the Ipswich Cup 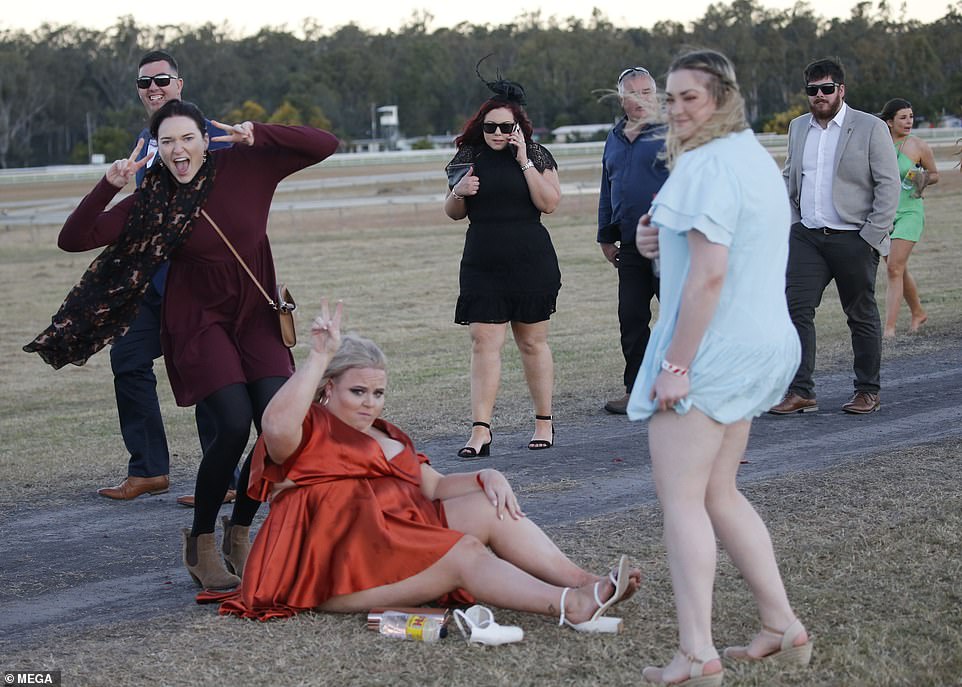 Time out! Some revellers took a well deserved rest after a long day out at the racetrack 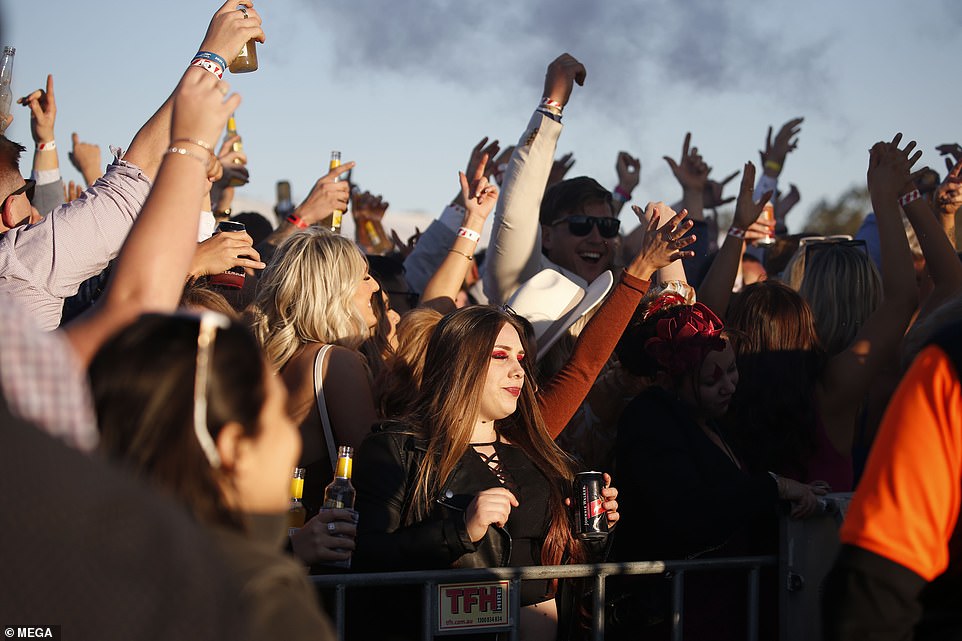 Live music also played at the event on Saturday. The Ipswich Cup was cancelled last year due to the Covid-19 pandemic 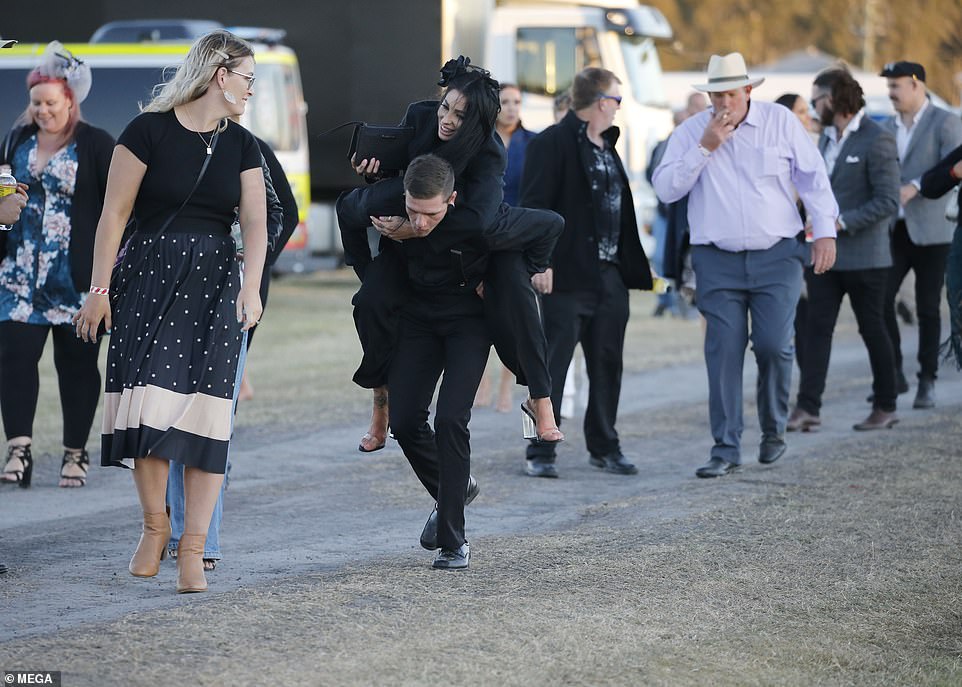 See you in 2022! Mates head out of the track on Saturday afternoon, some hitching a ride on the back of others as the Cup wrapped up for another year