Vladimir Putin is risking open warfare in Europe as he tests Joe Biden by massing troops along the border with Ukraine, a former US ambassador has warned.

Michael McFaul, who was America’s man in Moscow between 2012 and 2014 when Putin annexed Crimea, said the Russia president is ‘definitely’ testing his US counterpart with a show of strength that has jangled nerves in Europe.

But he added the posturing could easily spill over into conflict and that a ‘worst case’ scenario would be the Russian military invading Ukraine under the guise of ‘liberating’ Russian-speakers in the east of the country which it considers citizens.

Russia is now thought to have massed more than 80,000 troops along Ukraine’s eastern border – with Presidential spokesman Iuliia Mendel saying today that 40,000 are stationed in Crimea with another 40,000 near the disputed Donbass region. 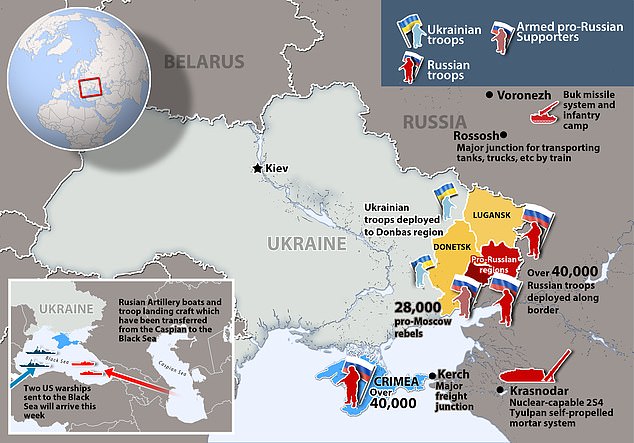 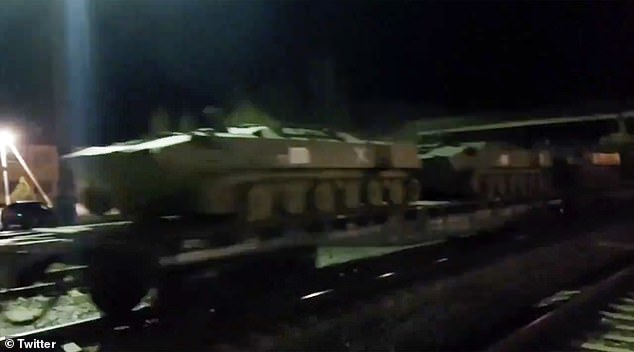 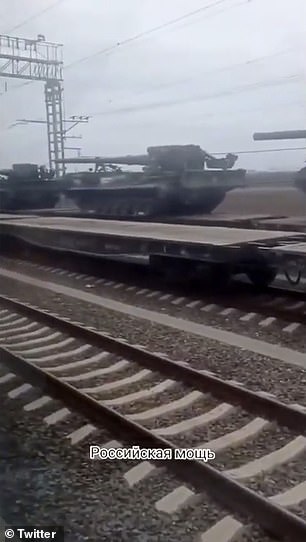 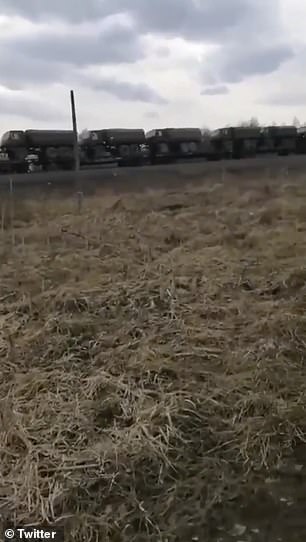 Videos from Rostov-on- Don, around 100 miles from the Ukrainian city of Mariupol, show artillery pieces (left) and support vehicles being moved closer to the border

This week he will be in Paris to discuss the rising tensions with European allies.

Invited to speculate on why Putin is now making an issue out of a conflict that has been smouldering in eastern Ukraine for the last five years, Mr McFaul pointed to ‘tough’ things that Biden has said about the Russian president since taking office. 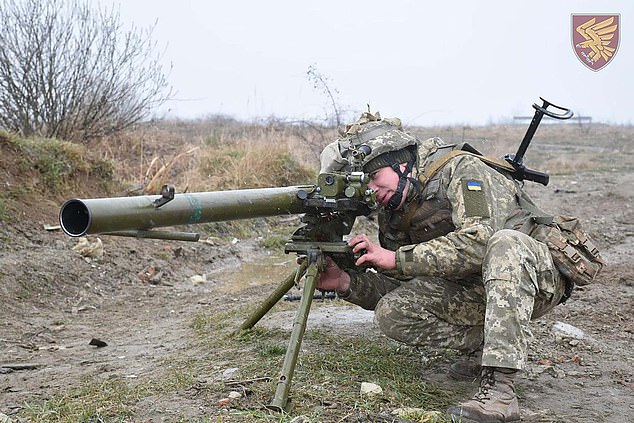 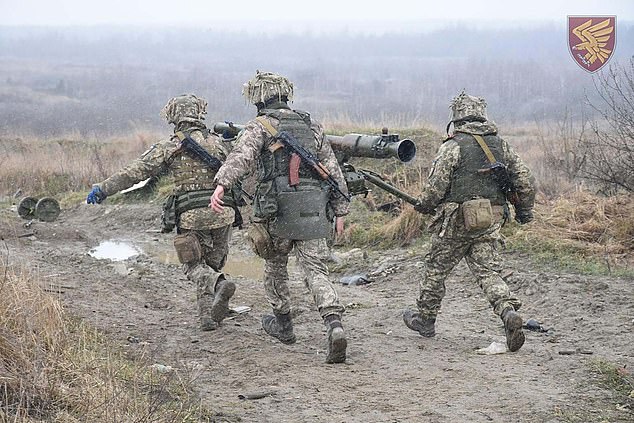 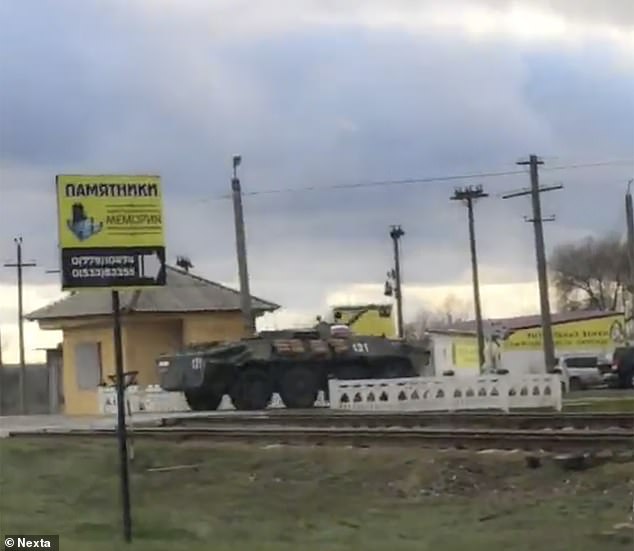 The president is facing slumping popularity in the polls, repeated leaks to the media about his closely-guarded private life, and serious opposition in the form of Alexei Navalny- the now-jailed critic who sparked mass protests back in January.

Andrea Kendall-Taylor, of the Center for a New American Security, told Foreign Policy magazine that ‘it feels like Putin is drumming up the besieged Russia narrative.’ 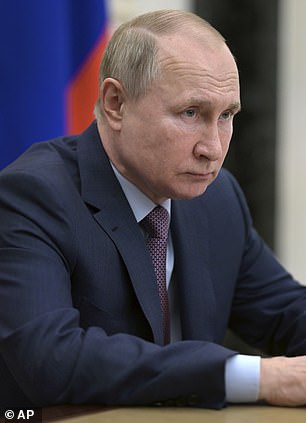 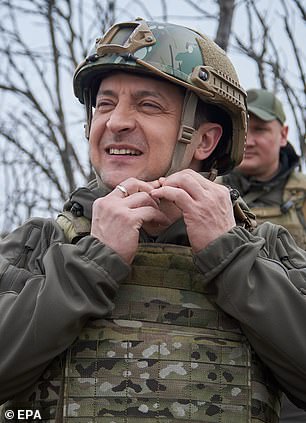 Ukrainian president Volodymyr Zelensky (right) has called for talks with Putin (left) to try and resolve the tensions, but says Moscow has so-far not responded 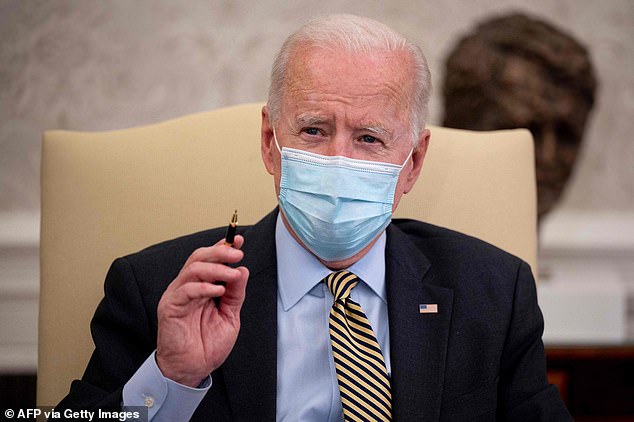 And reports say US military reconnaissance planes P-8A Poseidon and Lockheed EP-3E Orion have been spotted over th Black Sea close to Crimea during the weekend.

In a prime time Russian state TV broadcast on Sunday evening, Putin ‘propagandist’ Dmitry Kiselyov claimed Europe was ‘one step away from war’ while asking if force would soon be used to ‘de-Nazify’ Ukraine.

A headline read: ‘Nazi flag over Ukrainian trenches in Donbass – is Ukraine in for de-Nazification?’

It labelled the ex-TV comedian Zelensky a ‘commander-in-chief comic’, a ‘president of war’ who was ‘inciting’ conflict.

The show told viewers that it was Ukraine with NATO support, rather than Russia, that was building up military firepower close to the regions of Donetsk and Luhansk which are controlled by pro-Moscow rebels following a civil war in 2014 that has led to more than 14,000 deaths.