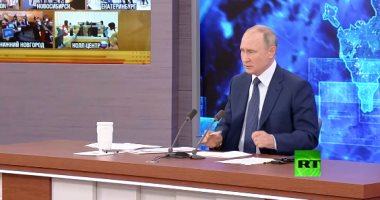 The press office of the Kremlin (Russian presidency) stated – in a statement – that “in the framework of coordinating the work of the co-chairs of the Minsk Group of the Organization for Security and Cooperation in Europe, the Russian President made a phone call with French President Emmanuel Macron, where the two presidents discussed some issues related to the tripartite meeting, which will be held.” In Moscow, between the leaders of Russia, Armenia and Azerbaijan, in the Russian capital. “