Terrifying footage from inside a Qantas flight shows flight attendants screaming for for passengers to brace for a crash landing as the plane prepared to touch down in Brisbane.

The Qantas Dash-8 plane carrying 64 passengers and flying from Newcastle, NSW, asked to be given priority for an emergency landing in Brisbane, Queensland, at 9.26am on Thursday.

The pilots saw a warning light in their cockpit telling them there was a ‘potential issue’ with the landing gear, a Qantas spokeswoman said.

One of the plane’s flight attendants can be heard shouting ‘brace’ and then ‘face down’ repeatedly in handheld footage taken by a passenger on the flight. 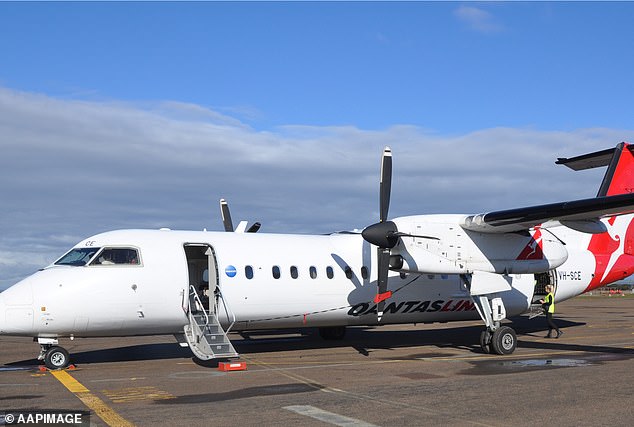 At the start of the video a warning light could also be heard sounding three times throughout the cabin.

The video showed the final minute before the plane appeared to land relatively smoothly on the runway.

There have been no reported injuries from the flight but the plane had to be towed to the terminal.

The pilots are understood to have eventually successfully deployed the landing gear despite the warning light. 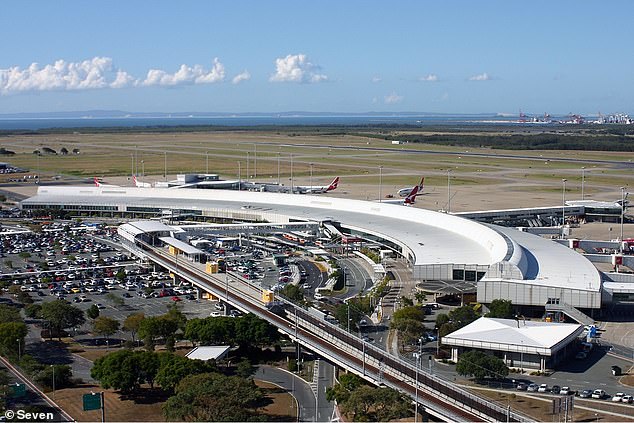 Pictured: Brisbane Airport. The pilots saw a warning light in their cockpit telling them there was a ‘potential issue’ with the landing gear

Qantas said standard procedure was followed by pilots throughout.

The airline said the plane made a ‘priority landing after receiving an indication light in the cockpit about a potential issue with the landing gear’.

‘The pilots followed standard procedures and required checklists for this type of event. The flight landed safely at Brisbane Airport,’ the spokeswoman said.

COVID-19 was 'preventable disaster' but most countries were 'too slow', independent panel finds