Quaden Bayles – the Indigenous schoolboy with dwarfism who became famous worldwide after his mother shared a video of him in tears about being bullied – has taken part in an ‘Invasion Day’ rally.

The 10-year-old was among the thousands at the Brisbane rally on Tuesday, and was photographed in an Aboriginal flag t-shirt and raising a fist as the protesters called for a change to the date of Australia Day.

His model sister Guyala Bayles, 21, also joined the rallies, which were held in cities across the country, as did his mother Yarraka and aunt Mara Bayles – each posting pictures to their social media. 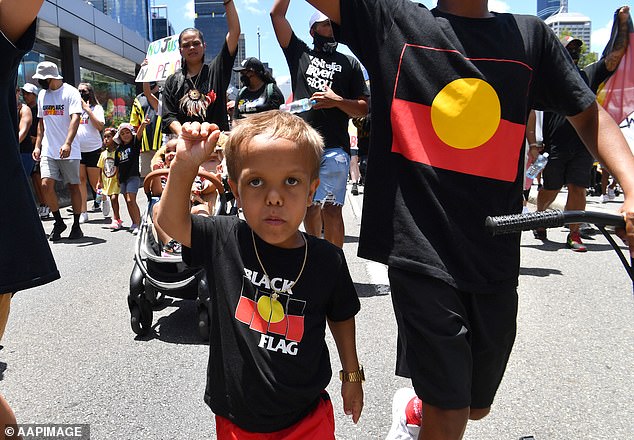 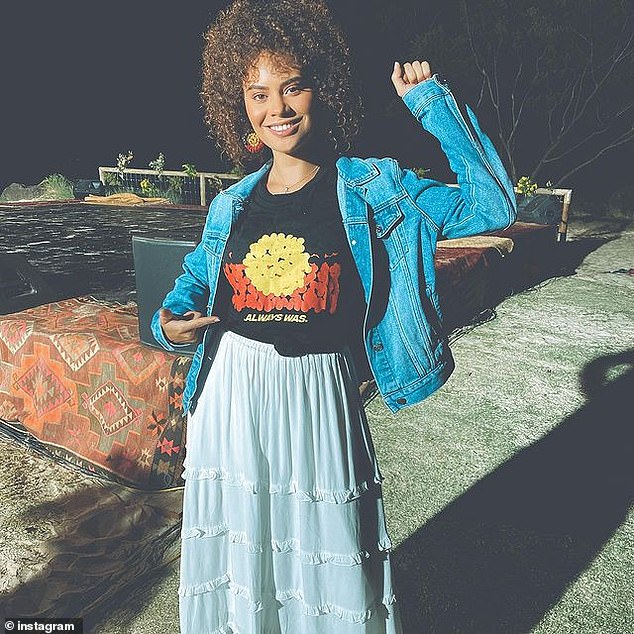 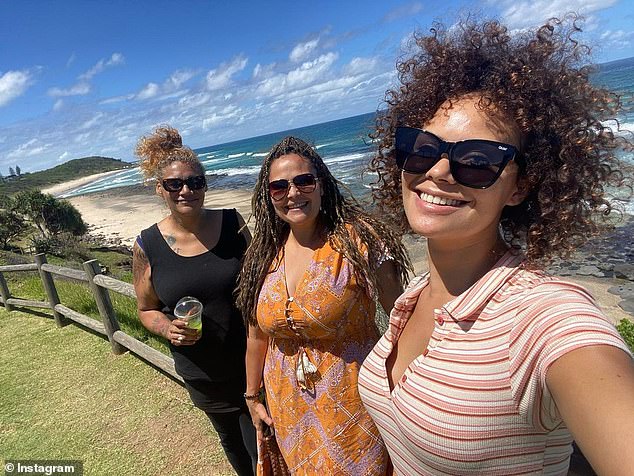 The Brisbane rally kicked off on Tuesday morning with a march through the CBD by the large crowd and across the Brisbane River to Southbank where the group gathered in parklands.

Queensland premier Annastacia Palaszczuk said she recognised the position of the protesters, there was more to unite Australians on the national day than divide them.

‘We’ve got a lot to celebrate today … our inclusiveness, our respect but also too understanding what has happened in the past, I think it’s also very important that we acknowledge that,’ she said from the north Queensland city of Townsville.

Quaden Bayles and his family, who are vocal activists for Indigenous recognition, were a notable presence at the Brisbane protest. 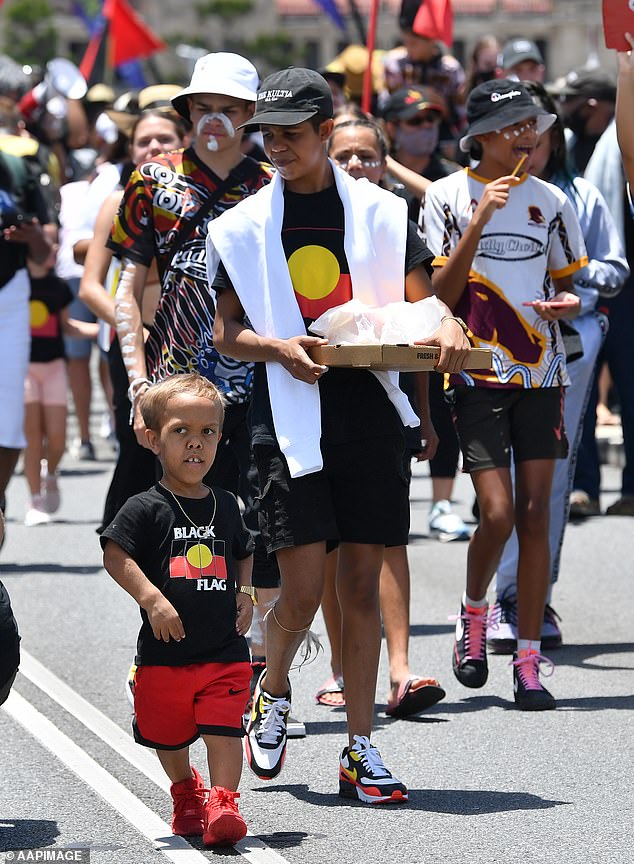 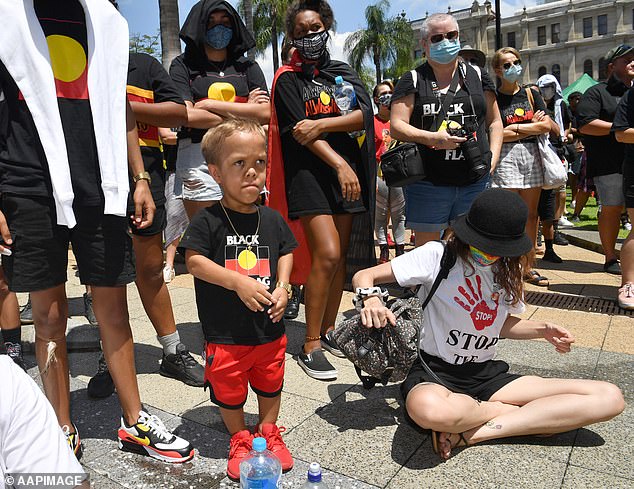 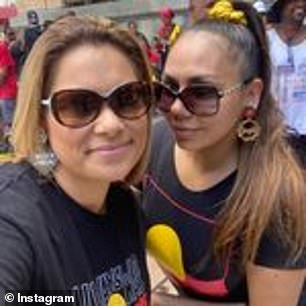 His mother Yarraka posted a confronting video in February 2020 of they boy crying after being bullied at school and saying he ‘just wanted to die’ –  prompting an outpouring of support from the public.

The video was viewed by 25million people before being deleted by his mother from Facebook.

A GoFundMe page was setup by U.S. comedian Brad Williams, who also had dwarfism.

More than $700,000 was raised by donations from around the world to send Quaden to Disneyland – and the family redistributed the excess money to six charities including Dwarfism Awareness Australia and Stomp Out Bullying.

His sister Guyala, who works as a model under the name Lala, was vocal in her support for Quaden following the video going viral.

‘I say f*** the bullies and the haters! You’re the coolest, smartest, strongest and the most sweetest kid I know. You’re not alone and we’re all here for you my bruh.’ the model said. 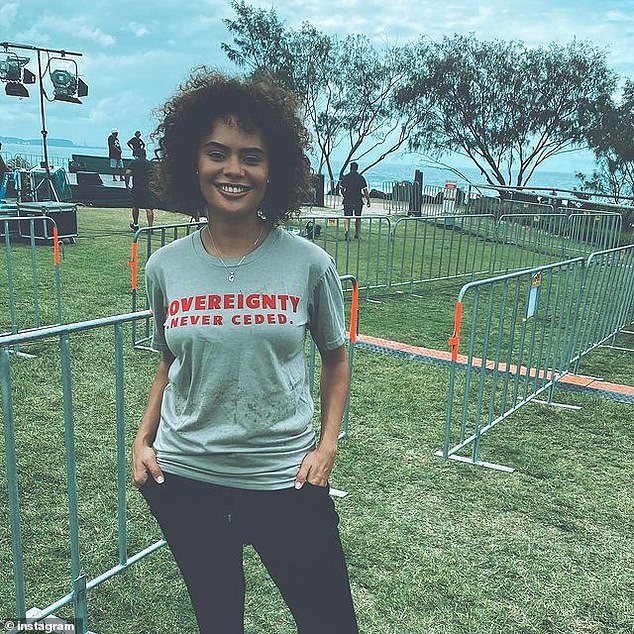 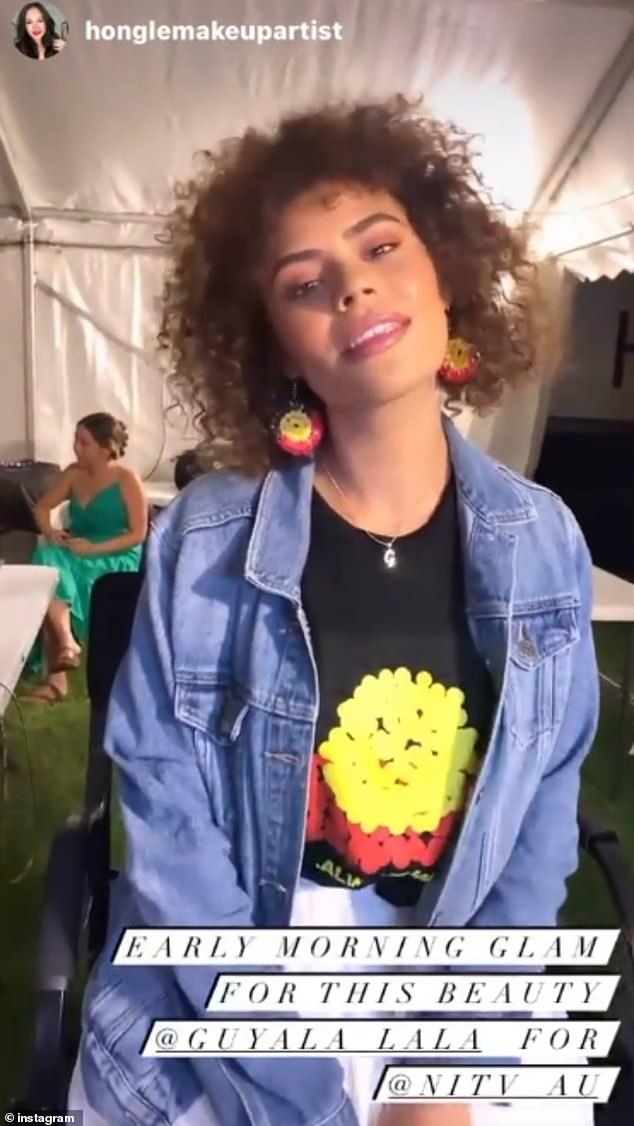 She has also been vocal on the issue of abolishing Australia Day appearing on Indigenous broadcaster NITV on Tuesday morning and making a speech at last year’s rallies.

She posted on Australia Day last year calling to ‘abolish the whole thing’ rather than focusing on changing the date and direct energies on more pressing issues around Aboriginal inequality.

Activism has been a part of the Bayles family for generations.

Quaden’s great grandmother Maureen Watson was arrested for protesting the Commonwealth Games in Brisbane in the 1980s.

Quaden’s grandfather Tiga was a well-known radio host who ‘gave a voice to Indigenous people’ according to his daughter and Quaden’s mother, Yarraka.

Both Yarraka and her sister Mara are also well-known activists for Indigenous rights with Mara founding advocacy group The Black Card. 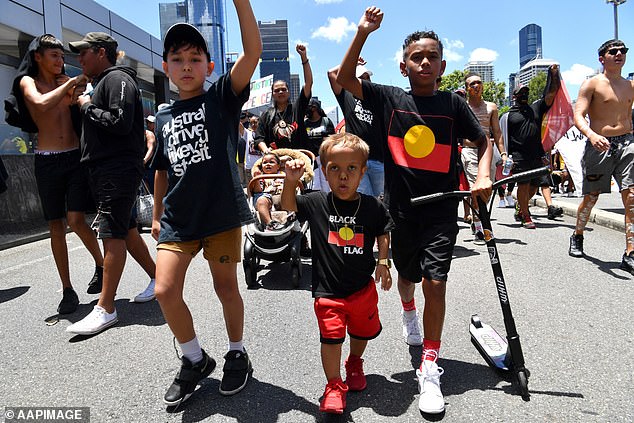