QUARTER of all pubs, clubs and restaurants have never reopened after coronavirus pandemic

Fears of a ‘jobs tsunami’ as new figures reveal a QUARTER of all pubs, clubs and restaurants have never reopened after shutting down at start of coronavirus pandemic

By Sean Poulter Consumer Affairs Editor For The Daily Mail

One in four pubs, restaurants, bars and clubs – almost 30,000 – have closed amid the curse of coronavirus and a ‘job loss tsunami’.

The figure represents the number of outlets that have not re-opened since pulling down the shutters in March.

Industry leaders say that many, if not all, are gone for good with the loss of tens of thousands of jobs.

And the situation is deteriorating following the introduction of the 10pm curfew, which critics have described as ‘random’ and ‘nuts’ with no scientific justification. 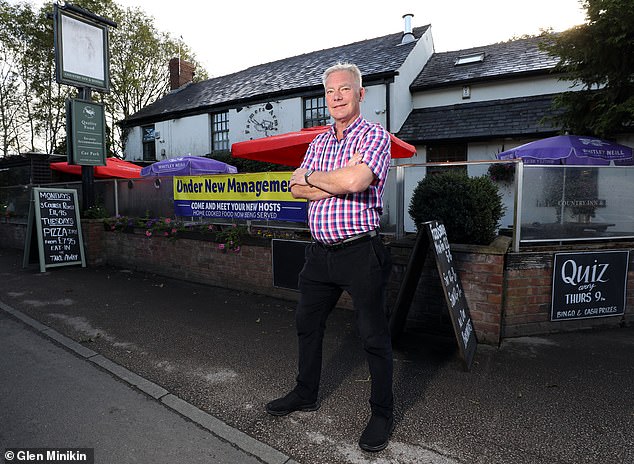 In July, the Prince William pub in Lancashire, whose last manager was Dave Roy (pictured), was boarded up and put up for sale by Robinsons Brewery

Alarmingly, the policy appears likely to drive up infection rates with huge numbers gathering on streets and public transport at the new closing time.

An industry survey found extreme pessimism among pubs and restaurants with another one in four – on top of those that have already gone – fearing going bust before Christmas.

Greene King, which runs 2,700 pubs, restaurants and hotels, has seen a sharp fall in takings as a result of the curfew.

A spokesman said: ‘The measures are already having a significant cumulative negative impact. We are already seeing lots of examples of people leaving our pubs to buy alcohol in shops to drink elsewhere in unregulated environments.’

Mark Davies, the boss of Hawthorn Leisure, which runs 720 community pubs, said: ‘I don’t think there is any logic or justifiable rationale for the curfew. There is certainly no scientific evidence or statistics that back up the decision.

‘Trade is down significantly – we are talking way over 50 per cent in many locations. 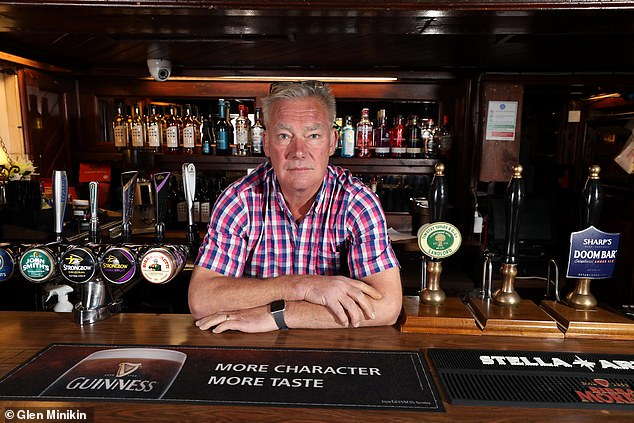 Mr Roy is now managing another country pub in Lancashire, the Farmers Arms in Heskin

‘It is inevitable over the next few weeks there will be pub closures. It is going to have a devastating impact and we will see a tsunami of job losses. It is totally unnecessary.’

The closures leave a black hole at the heart of communities, town and city centres across the UK.

The Prince William pub in the Lancashire village of Dalton was boarded up at the start of July and put up for sale by Robinsons Brewery.

The last manager of the pub – which lies between Skelmersdale and Wigan – was Dave Roy.

Yesterday he said: ‘It was a lovely pub, especially in the summer.

‘If they had hung on until pubs were allowed to reopen I think I could have turned it around.’

Mr Roy is now managing another country pub in Lancashire, the Farmers Arms in Heskin.

The total number of licensed pubs, clubs, bars, restaurants, nightclubs, hotels that are trading is down from 115,108 to 86,212 – a fall of 28,896, according to research from market analysts CGA and AlixPartners.

However the trade body UKHospitality has warned that this is not enough, with chief executive Kate Nicholls, saying the introduction of the 10pm curfew ‘was a significant hammer blow that will inevitably depress trading’.

Food and drink giants: We face a bleak winter- so axe 10pm rule

Hundreds of restaurant owners and brewers have urged Boris Johnson to ditch the 10pm curfew so the hospitality sector can survive the ‘bleakest of winters’.

Burger King, JD Wetherspoon, Greene King and Carlsberg said hundreds of thousands of jobs will be lost without support for the industry.

The food and drink giants called on the Government to review the latest restrictions every three weeks – and remove them if they are not impacting the spread of the virus.

A letter to the Prime Minister, coordinated by hospitality organisations, warned: ‘Across the country, the 10pm curfew has removed key trading hours for all of us vital to our survival, removing whole shifts from food-led businesses.

‘Quite simply, though, we need additional and urgent support in order to survive this bleakest of winters.’

And a letter from Richard Bailey, chairman of the Independent Family Brewers of Britain – which represents 3,000 pubs – said they were being made scapegoats and slammed the ‘illogical’ new restrictions.

The outbursts came as a cross-party group of 25 MPs yesterday asked Business Secretary Alok Sharma to publish the scientific evidence behind the 10pm curfew.

See which masks protect better than others

Is Bitcoin a good substitute for gold in 2018?

Is Bitcoin a good substitute for gold in 2018?