Queen, 94, will hold NO major events at Buckingham Palace or Windsor Castle for the rest of the year


Queen, 94, will hold NO major events at Buckingham Palace or Windsor Castle for the rest of the year as monarch returns to ‘HMS Bubble’ to stay free of Covid

The Queen has been forced to cancel all major events at Buckingham Palace and Windsor Castle for the rest of the year amid the coronavirus pandemic.

Receptions and events like investitures will be cancelled, palace officials confirmed today, despite attempts to find a compromise.

Buckingham Palace said on its website: ‘In line with current Government guidelines, and as a sensible precaution in the current circumstances, there will be no large-scale events held at Buckingham Palace or Windsor Castle for the rest of the year.

‘A variety of possibilities were examined to see if it was possible for investitures to safely take place in line with the guidelines.

‘Sadly, due to the large numbers of guests and recipients attending, it was not possible to find a way of safely delivering these events in the current circumstances. Recipients will be contacted directly.

‘The Queen’s intention remains to return to Windsor Castle in October and to resume the use of Buckingham Palace during an autumn programme of audiences and engagements, in line with all relevant guidance and advice.’

It comes as the Queen was pictured taking the wheel of her green Range Rover for a spin around the Norfolk countryside.

Her Majesty is expected to head back to ‘HMS Bubble’ at Windsor next week, with reports claiming Philip is ‘being made’ to return to the castle because there is not enough staff to create two anti-Covid-19 bubbles. 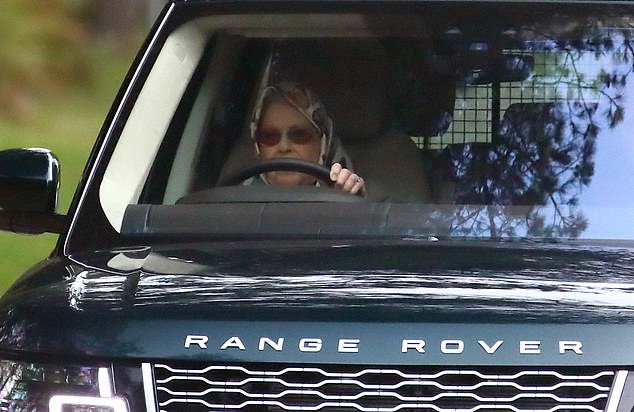 Donning a pair of sunglasses and a head scarf adorned with butterflies, the 94-year-old monarch looked deep in thought as she cruised down the tree-lined public roads of the Sandringham estate.

Last month she and husband Prince Philip, 99, cut short their summer holiday at Balmoral by three weeks to spend some time together at Wood Farm, where the Duke of Edinburgh now lives alone in a ‘modest’ five-bedroom home.

Palace officials are in the process of creating a special ‘bubble’ between Sandringham and Windsor, which means the Queen can travel between the two with the same team. 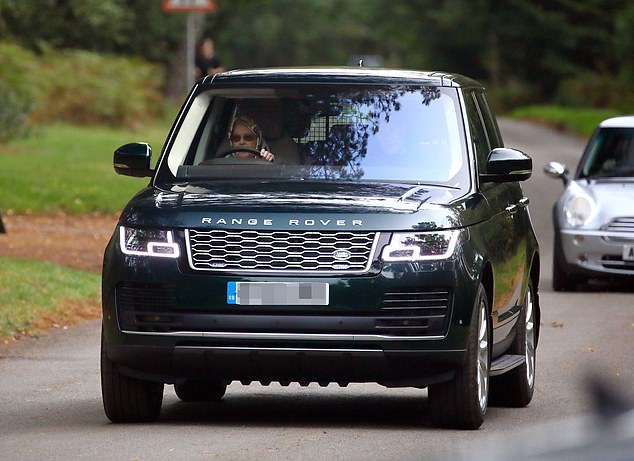 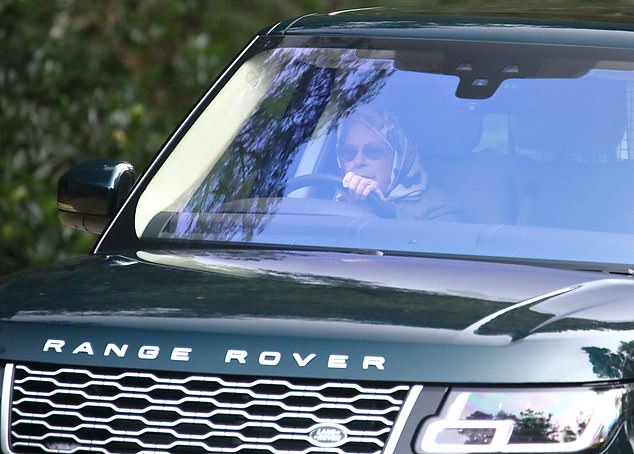 Donning a pair of sunglasses and a head scarf adorned with butterflies, the Queen looked deep in thought as she cruised down the tree-lined roads

Earlier this week the monarch was said to be ‘furious’ when employees of the Royal Household revolted against a plan for them to stay in a coronavirus bubble at Sandringham over Christmas.

A team of about 20 staff members had been asked to remain at the 20,000 acre property without their families to support her, Prince Philip and other members of the Royal Family during the festive period.

But the group – said to involve cleaners, laundry and maintenance workers – are believed to have mutinied because they are unwilling to isolate from loved ones for four weeks.

Staff were being asked to stay for the month-long period so they could remain in a Covid bubble to protect the 94-year-old monarch.

The uprising means the Queen could be forced to spend Christmas at Windsor Castle for the first time in 33 years. 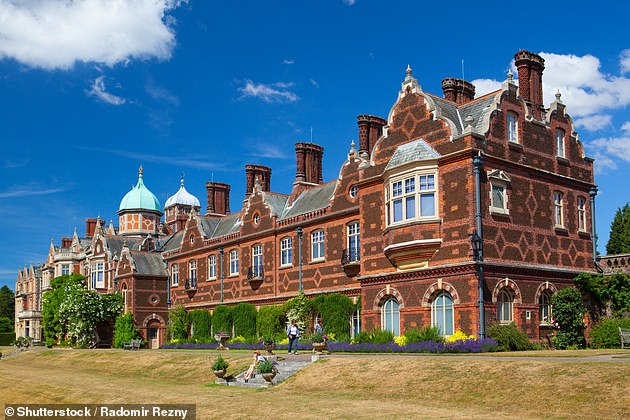 Last month it was revealed Her Majesty will receive a bailout from the taxpayer after her land and property investments plummeted in value due to the coronavirus crisis.

The Treasury said that it will top up the Sovereign Grant to help maintain her income, which is severely threatened by the pandemic.

The monarch’s income is based on a 25 per cent share of the profits of the Crown Estate, which owns valuable land in London and elsewhere.

Mid-September, the estate announced its profits would fall ‘significantly’ this year as a result of the Covid-19 pandemic.

Opinion: Statements about inclusivity mean nothing if teams aren't willing to back them up

Shelby Houlihan, who tested positive for an anabolic steroid in December, was going to be allowed...