Queen and royal family at funeral of Prince Philip 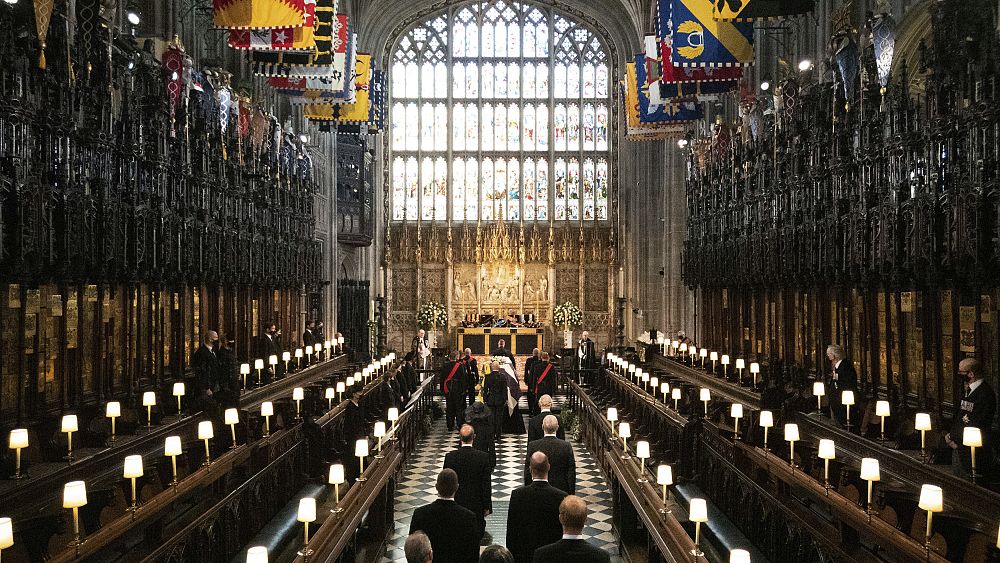 As military bands played and a procession of royals escorted his coffin to the church, Prince Philip was laid to rest in a funeral ceremony that honored his lifetime of service to the UK, the crown and his wife of 73 years, Queen Elizabeth II.

The widowed British monarch, setting an example amid the coronavirus pandemic, sat alone at the ceremony, dressed in black and with her head bowed in prayer.

Philip, who died April 9 two months shy of his 100th birthday, was honoured at Windsor Castle in a service that was steeped in military and royal tradition but also pared down and infused with his own personality.

Coronavirus restrictions meant that instead of the 800 mourners expected in the longstanding plans for Philip’s funeral, only 30 people were allowed inside the castle’s St. George’s Chapel, including the queen, her four children and her eight grandchildren.

Following strict social distancing rules during the pandemic, the queen set an example even in grief, sitting apart from family members who were arrayed around the church.

Prince Charles, the heir to the throne, sat opposite the monarch alongside his wife Camilla. Prince Andrew was two seats to the queen’s left.

Prince William and his wife Kate sat directly opposite from his brother Prince Harry, who had traveled back from California without his pregnant wife Meghan.

There was no sermon, at Philip’s request, and no family eulogies or readings, in keeping with royal tradition. But Dean of Windsor David Conner said the country had been enriched by Philip’s “unwavering loyalty to our queen, by his service to the nation and the Commonwealth, by his courage, fortitude and faith.”

Prince Philip: The Patriarchs – An Elegy