By George Odling and Gregory Kirby For The Daily Mail

Brian May appeared in court yesterday to defend his chauffeur of more than 20 years over alleged child sexual abuse.

The Queen guitarist described Phillip Webb, 59, as a ‘gentle giant’ whose ‘whole soul had been torn out’ by allegations he had plied a young victim with hallucinogenic drugs during abuse that began when the girl was seven.

May, 73, and his wife, former EastEnders actress Anita Dobson, took to the witness stand at Kingston Crown Court to support their driver yesterday.

The musician, who was made a CBE in 2005, said Webb was his longest-serving employee and he ‘loved him’. ‘For a man like Phil who’s incredibly upright and decent to be accused of terrible sexual misconduct, it’s like his whole soul has been torn out,’ he said. ‘I know Phil incredibly well, because of 20 years of being driven around by him. 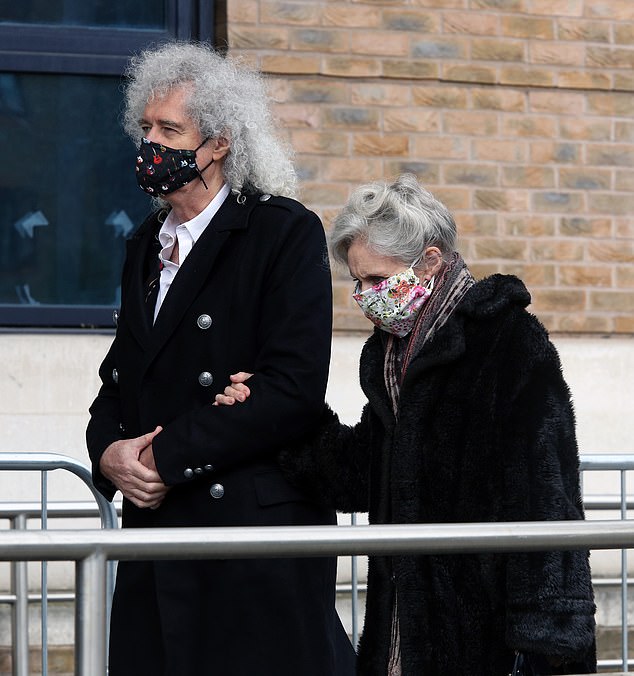 May, 73, and his wife, former EastEnders actress Anita Dobson, took to the witness stand at Kingston Crown Court to support their driver yesterday. Pictured arriving at court

‘A lot of the time, it’s me and him in the car and we share so much. I know what’s inside him, his innermost secrets. I will not exaggerate, he’s one of the most honest men I have ever met in my life.’

When he was told Webb was convicted in 2003 for assaulting his wife’s ex-partner, May replied: ‘Was he?’ He added: ‘That sits fine with me, if you think [he’s] violent then you’re barking up the wrong tree, he’s not a violent man.’

Mrs Dobson, 71, described Webb as her ‘knight in shining armour’. She said: ‘Without him I think we would grind to a halt. On holiday, he looks after my step-children, without him I don’t know what I would do. He has been a protector for me, every week, two or three times a week, sometimes more, sometimes less. 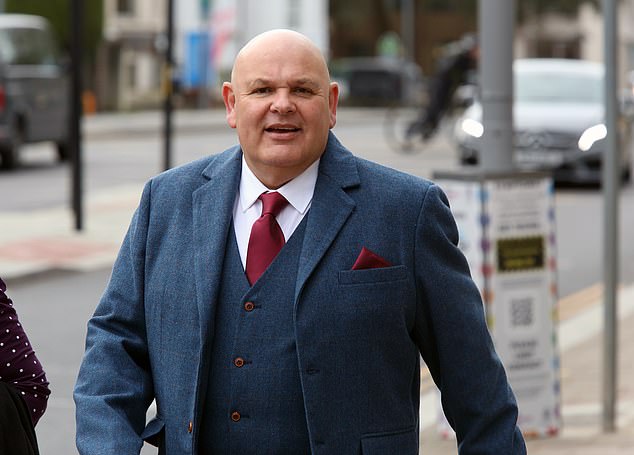 The Queen guitarist described Phillip Webb, 59, (pictured) as a ‘gentle giant’ whose ‘whole soul had been torn out’ by allegations he had plied a young victim with drugs during abuse

‘He’s one of the most kind, generous, and overall honourable men you would ever wish to meet and I’m very proud to call him my friend.’

The court had heard that Webb could work seven days a week up to 18 hours a day for May, but other clients included the Japanese Embassy, the Imperial Royal Family and pop group Madness.

He is also said to have involved another child in the alleged abuse, which is claimed to have taken place between 1999 and 2006. 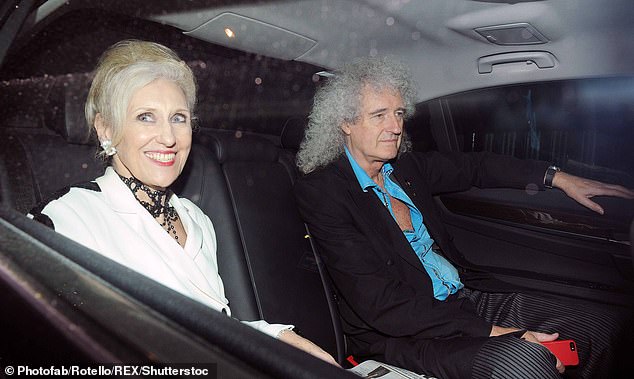 Anita Dobson and Brian May pictured in a car, in London, 2013 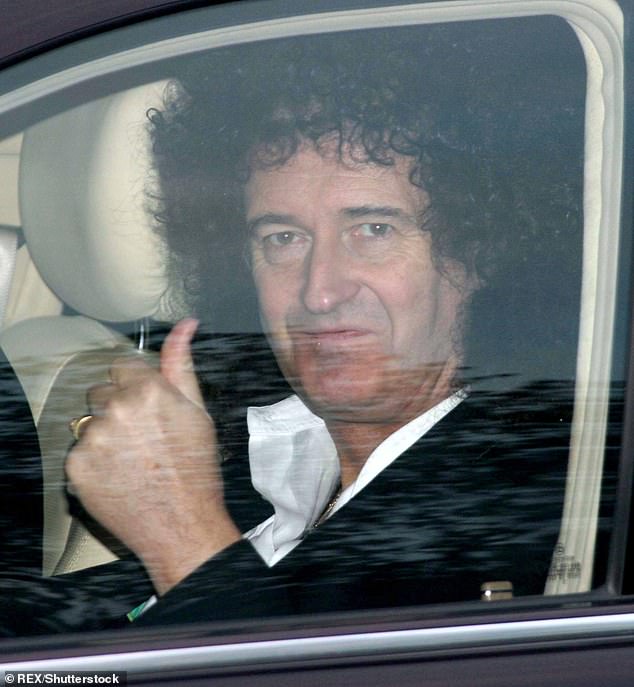 May (pictured) said: ‘I know Phil incredibly well, because of 20 years of being driven around by him.’

Mr Milne said she was left in a suicidal state and had turned to drugs and self-harm to cope.

Webb had previously told the court: ‘It really is disgusting to think that anybody could do that to any child… I have never touched anybody inappropriately.’

The Lord of the Rings: Gollum Puts the Spotlight on an Unlikely Hero