Queensland has finally opened the border to Sydney and surrounding areas after locking it out for six weeks.

The easing of border restrictions between the two states comes as Sydneysiders prepare for relaxed social distancing restrictions from Friday morning.

From Friday morning, masks will no longer be mandatory in shops and more people allowed at gatherings.

Residents must still wear a mask on public transport, at places of worship and in hairdressers, beauticians and gaming rooms.

Up to 30 visitors will be allowed to enter a home and up to 50 people can gather outside.

Weddings and funerals will be allowed 300 people, abiding by the four square metre rule.

However, dancing is still banned except for 20 people nominated by the bride.

NSW Premier Gladys Berejiklian also flagged that hospitality venues would be able to host one person per two square metres in two weeks, but the four square metre rule remains for now. 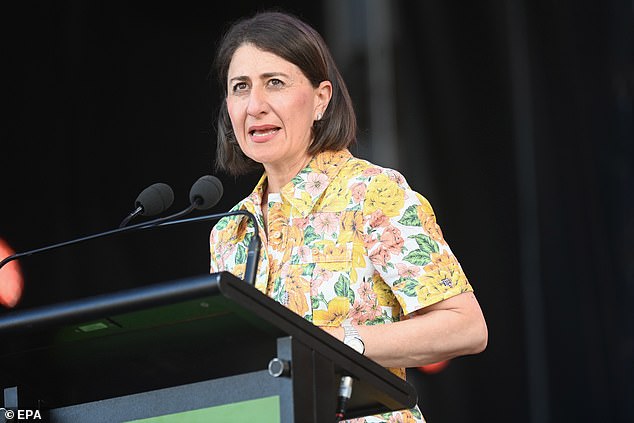 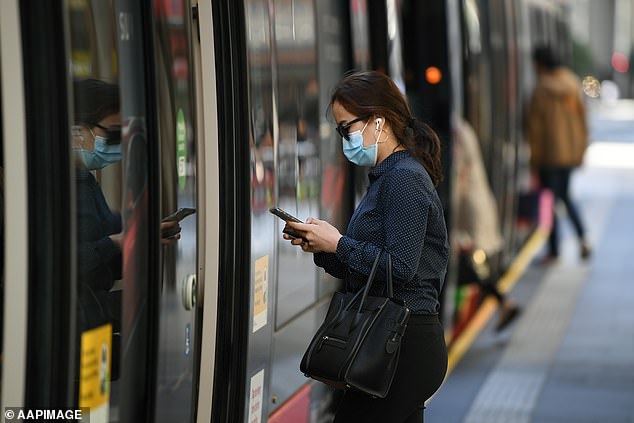 What are the new rules for Sydney?

The following measures will be effective from 12.01am Friday, 29 January for the Greater Sydney region (including Wollongong, Central Coast and Blue Mountains):

· Visitors to households will be increased to 30 guests – including children.

· Outdoor gatherings will be increased to 50 people in total.

· Weddings and funerals will be capped at 300 people (fully seated) subject to the 1 person per 4sqm rule with no singing or dancing (except 20 nominated people in the wedding party can dance).

· All other venues including hospitality venues, places of worship and corporate event venues (fully seated with no singing or dancing) will be subject to the 1 person per 4sqm rule.

· Smaller hospitality venues will be allowed at least 25 people.

· Singing indoors including choirs or places of worship will be limited to five people.

· Masks will be recommended but no longer compulsory at retail shopping venues.

· Masks will remain compulsory for front-of-house hospitality staff, on public transport, in places of worship, hairdressers, beauticians and gaming rooms.

· Aged care facilities and other health settings such as hospitals will receive tailored advice from NSW Health specific to their locations in relation to requirements around mask wearing.

Tough restrictions were imposed in Sydney before Christmas when two clusters emerged on Sydney’s Northern Beaches and in the city’s west.

The premier said her approach has struck a balance between eliminating the virus and keeping the economy moving.

‘We want to encourage people to go about their normal lives as much as possible. We want businesses to resume their activities so long as it’s all done in a COVID-safe way,’ she said.

‘We don’t know when the pandemic is going to end. But what we do know is that we have to live with it and New South Wales has always taken a very balanced approach of making sure we keep the virus under control, but that we also make sure that we keep our economy as open as possible.’

Australia has not recorded a case of coronavirus in the community since January 17 when six cases were reported in Western Sydney, linked to the Berala BWS cluster.

A statement read: ‘The continuing low testing numbers is a concern. Although NSW has now seen ten days without a diagnosed locally acquired case of COVID-19, the virus may still be circulating in the community.

It is vital that everyone comes forward immediately for testing if they have even the slightest of symptoms, such as a sore throat, fever, cough, headache or runny nose.’

NSW Health is also urging people in southwest Sydney to monitor for Covid-19 symptoms after virus fragments were detected at the Liverpool waste treatment plant.

Meanwhile, Australians have been warned coronavirus vaccines will not trigger wholesale changes to restrictions when the rollout ramps up in coming months.

Acting Chief Medical Officer Michael Kidd is tempering expectations that jabs will lead to life returning to pre-pandemic settings after the Pfizer vaccine was approved for use in Australia. 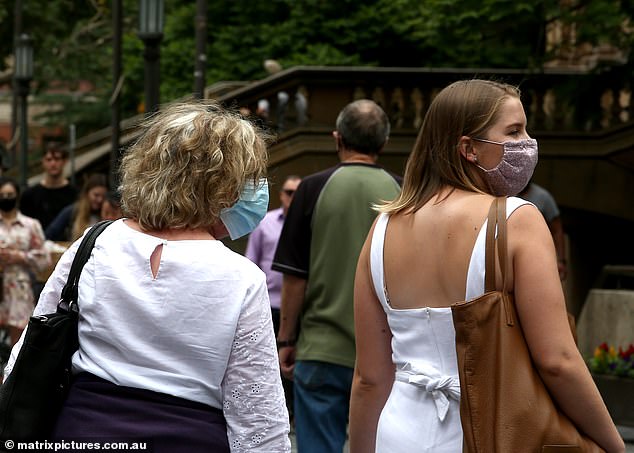 Masks are currently compulsory indoors in Sydney, the Central Coast and Wollongong, while just five visitors are allowed in homes and a maximum of 30 people can gather outside 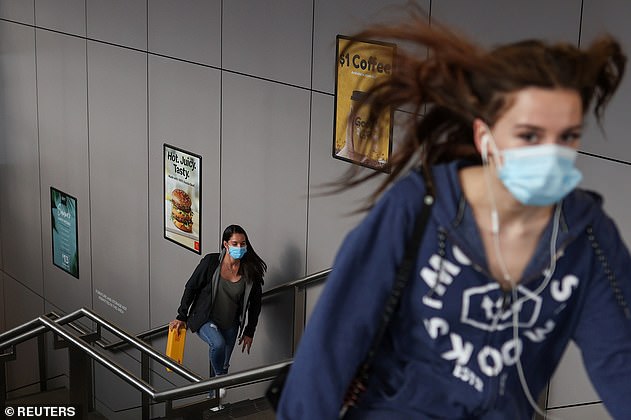 Meanwhile, Australians have been warned coronavirus vaccines will not trigger wholesale changes to restrictions when the rollout ramps up in coming months

The two major unknowns are whether coronavirus vaccines prevent transmission of the virus and if booster shots will be needed each year, similar to the flu.

‘That just reinforces for us how important it’s going to be – even though we might get the vaccine rolling out across Australia – that people still adhere to the public health measures,’ Professor Kidd told ABC radio on Tuesday.

Social distancing, hygiene measures and other rules, as well as international travel restrictions, are likely to remain throughout the year.

Australia has enough doses of the Pfizer vaccine, which recorded a 95 per cent efficacy rate in late-stage trials, for about five million people.