Queensland has lifted travel restrictions on visitors from Melbourne as the state recorded just one new overnight Covid case of community transmission.

Queensland Health Minister Yvette D’ath said visitors from Melbourne would be welcome back to the state from 1am this Friday but that restrictions would remain on people travelling from identified Sydney hotspots.

She warned Queenslanders against travelling to greater Sydney after new exposure sites were identified by NSW contact tracers. 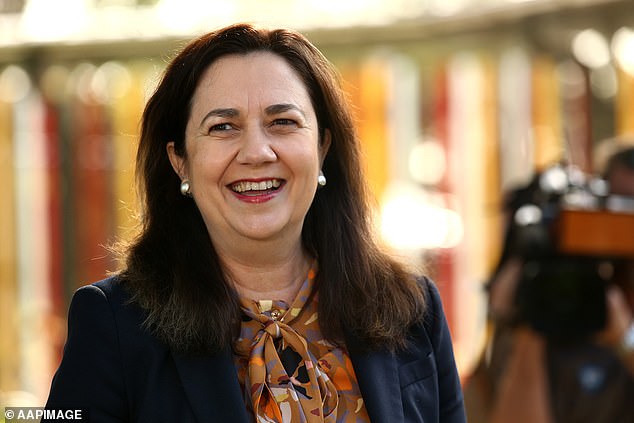 The new community case is linked to the flight attendant who tested positive last Sunday.

Chief Health Officer Dr Jeanette Young said at a press conference in Brisbane that the new case was a man in his 60s who was currently in home quarantine.

He had visited the Portuguese Family Centre in Ellen Grove in Brisbane’s south, which the flight attendant had also attended on Saturday afternoon.

‘He went into home quarantine the next day when he was contacted,’ she said

Another two cases have been detected in hotel quarantine.

It was revealed that all 36 people who had attended the Portuguese restaurant on the southern outskirts of Brisbane 7.00 and 7.50pm on Saturday night had now entered home quarantine.

‘We are going to be making sure that we keep a really close eye on all of those people who went to that Portuguese Family Centre, and it’s very important that we monitor them because we don’t want them out in the community,’ Premier Annastacia Palaszczuk said.

Early investigations by Queensland Health suggest the flight attendant had been infected through transmission from another hotel guest to a quarantine staff member at the hotel.

‘We know that the staff member escorted one of the positive cases from Mongolia from their room to the ambulance so that they could be transported to hospital, and we have the genome sequence from that gentleman,’ Ms Young told reporters.

‘Then that staff member, who was fully vaccinated, as was the gentleman from Mongolia… after escorting that gentleman to the ambulance, went to a higher level in the building and swabbed the lady who came from Portugal.

‘The lady from Portugal has then ended up with exactly the same virus as the gentleman from Mongolia.’

Genome sequencing results confirmed the flight attendant had contracted the Alpha variant of the disease. 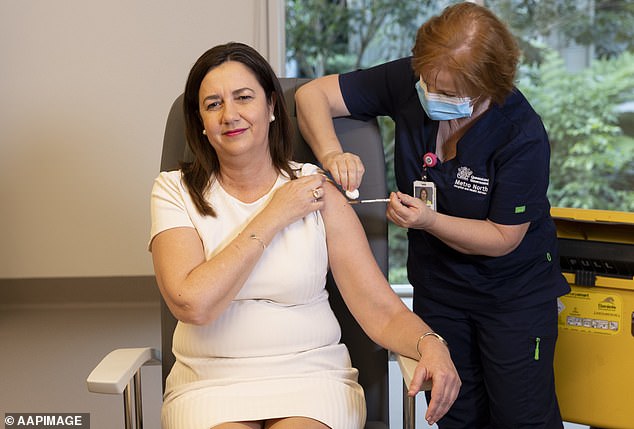 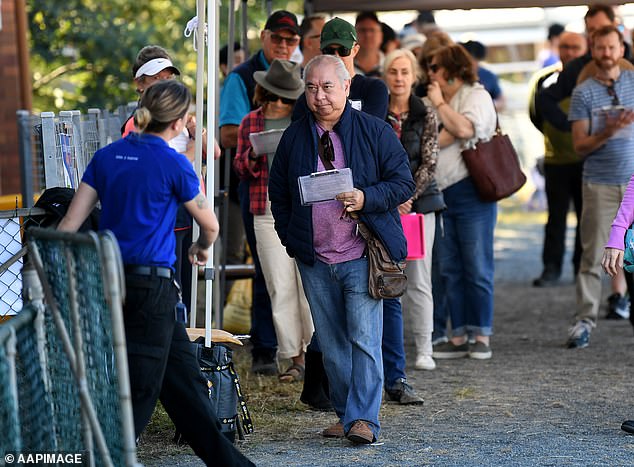 People line up to receive a coronavirus vaccination at the Rocklea Showgrounds in Brisbane earlier in June. The Premier had warned the state is running out of supply for second shots

‘We are seeing our vaccination rates skyrocket in the state and what we need from the federal government is constant supply,’ she said.

‘We’ve got to make sure we have second doses. The rules keep changing and we have to keep up with what’s been given to us.’

Meanwhile, NSW recorded five locally acquired cases of COVID-19 in the 24 hours to 8pm last night, two of which were announced yesterday morning.

NSW Health has also been notified of seven new locally acquired cases overnight. These cases will be included in tomorrow’s numbers.