Queiroz faced the Egyptian national team in one confrontation. Find out its result 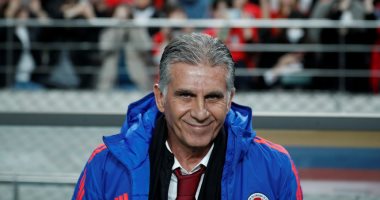 The 68-year-old Portuguese coach, Carlos Queiroz, took over the coaching of our national team, replacing former coach Hossam El-Badry, who left the Pharaohs team after a 1-1 draw with its host Gabonese, last Sunday, in the second round of Group F competitions, in African qualifiers for the 2022 World Cup in Qatar.

Queiroz will be at the head of the technical staff of the Egyptian team, which consists of: Diaa El-Sayed as general coach, Mohamed Shawky as coach, Essam El-Hadary as goalkeeper coach.

The Portuguese coach faced the Egyptian team in a single meeting, when he was leading the South African national team, which was held on November 10, 2001, in a friendly match that was decided by the Bafana Bafana team with a score of 1 – 0, scored by Shawn Barlett in the 53rd minute of the meeting, and it was Leading our national team at the time, the late Mahmoud El-Gohary.

Queiroz is the first Portuguese coach to lead our first team throughout its history, and he is the 21st foreign coach who leads the Pharaohs team.

Queiroz, 68, has great experience, having coached Portugal and Iran, led Real Madrid, and worked as an assistant to Scottish coach Alex Ferguson at Manchester United.

Rooney: Cristiano Ronaldo's influence will be great in the Premier League and United will compete