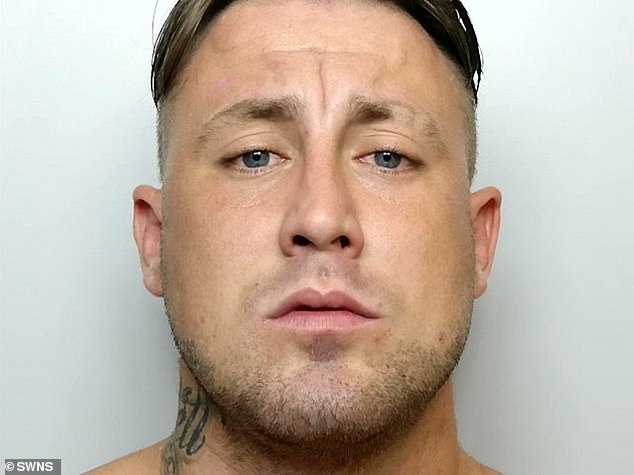 Racist thug, 27, is jailed after abusing and attacking taxi driver with his seat belt over £6.20 fare

Turkish Zaman: Talk about the return of Erdogan’s son-in-law to the government

A thug has been jailed for throttling a taxi driver with his own seat belt and launching into racist verbal attack over a £6.20 fare.

Drunken Jake Joseph Evans, 27, flew into a fit of rage after the taxi driver asked for the fee to be paid at the end of the short journey in Wakefield, West Yorkshire.

He had earlier been picked up from a pizza takeaway with a female friend following a night of heavy drinking, Leeds Crown Court heard.

Evans threw a handful of change at the driver and launched into a racist verbal attack shortly before midnight on September 8 this year.

Jake Joseph Evans, 27, has been jailed for 36 months for throttling a taxi driver with his own seat belt over a £6.20 fare on September 8 this year in Wakefield, West Yorkshire

Evans got out the car and opened the front passenger door before punching the driver in the ribs and grabbing his hair, prosecutor Katy Varlow said.

The court heard that victim struggled to breathe for around ten seconds after Evans grabbed the seat belt that the driver was still wearing and wrapped it around his neck.

Finally, Evan’s turned the driver’s face away from him and bit his cheek for between ten and 15 seconds.

The attacker asked the driver: ‘Why did you ask me for money? I’m going to find you and I will kill you.’

Miss Varlow said that the driver was so terrified that he drove away with the door of his taxi still open.

Officers found Evans, who was still drunk and covered in the driver’s blood, nearby the scene a short time later.

During interview, Evans either denied the driver’s claims or said ‘no comment’.

Evans, from Normanton, was jailed for 36 months when he appeared in the dock at Leeds Crown Court on October 2. 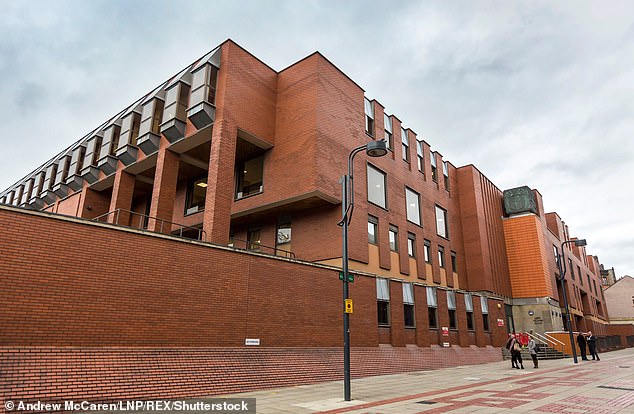 Evans launched into a racist verbal attack against the driver before grabbing the driver’s seat belt and wrapping it around his neck, Leeds Crown Court heard on October 2

He earlier admitted racially-aggravated wounding and making off without payment.

Judge Geoffrey Marson QC said: ‘It’s wholly unacceptable to attack a taxi driver who was doing nothing more than trying to earn a decent, honest living.’

The court also heard that Evans has 12 previous convictions, including several for violence including wounding and battery.

He was on a suspended sentence for possession of a hunting knife in public when he carried out his latest attack.

Laura Hebditch, mitigating, said Evans recognised he had a problem when drinking alcohol.

She said: ‘He is horrified when he considers his behaviour and takes full responsibility.

‘He simply does not recognise himself when he drinks and is disgusted with his behaviour.’

Make Up: The Ultimate Guide to Cosmetics