A radioactive form of a drug originally developed as an animal tranquilliser could help to transform the diagnosis of high blood pressure.

Scientists at Cambridge University hope the drug will enable doctors to improve the diagnosis of primary hyperaldosteronism (PHA), a form of high blood pressure (or hypertension) that affects one in ten of the 14 million hypertensive Britons.

Hypertension is a major risk factor for stroke, heart attack, kidney disease and premature death, contributing to around 75,000 deaths annually in the UK. Typically it is caused by lifestyle factors such as being overweight and smoking. 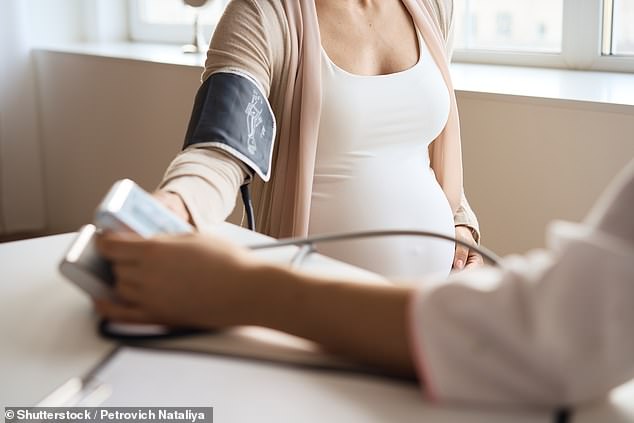 Scientists at Cambridge University hope the drug will enable doctors to improve the diagnosis of primary hyperaldosteronism (PHA), a form of high blood pressure (or hypertension) that affects one in ten of the 14 million hypertensive Britons

However, PHA is triggered by a single benign growth on one of the adrenal glands (which sit on top of the kidneys), or an overgrowth of both glands.

These glands produce the hormone aldosterone, which is responsible for balancing levels of sodium, or salt, and potassium in the blood. But in PHA, there is too much aldosterone, which causes the body to retain too much sodium — this in turn prompts water retention, increasing both the volume of blood and blood pressure.

Distinguishing between the two causes of PHA is critical; while a single growth can usually be cured by surgical removal, an overgrowth is treated with life-long medication to block the action of aldosterone.

Having high blood pressure may be the first sign a person has PHA. One technique for diagnosing it is to take blood from veins that drain the adrenal glands to measure aldosterone levels. But this is invasive, hard to perform in half of patients and can be inconclusive.

The scientists behind the Cambridge trial hope the chemical metomidate, previously used as a tranquilliser in pigs, will offer a more effective and less invasive way to diagnose the condition. 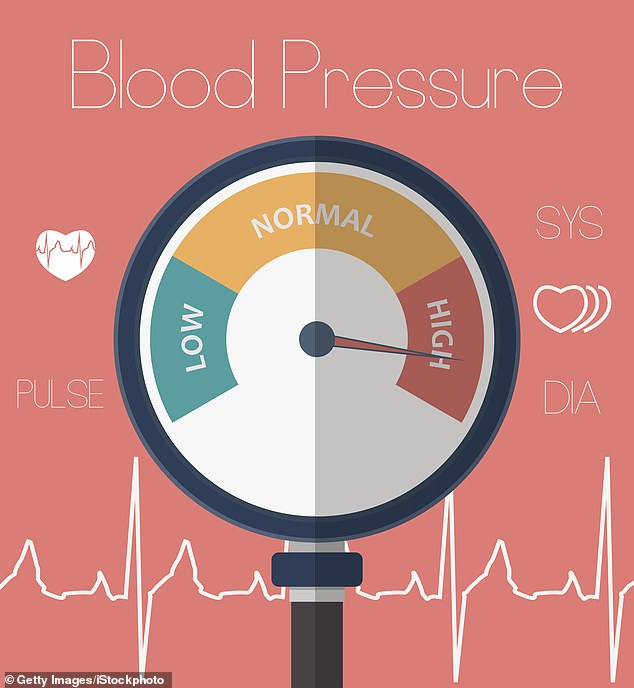 Having high blood pressure may be the first sign a person has PHA. One technique for diagnosing it is to take blood from veins that drain the adrenal glands to measure aldosterone levels. But this is invasive, hard to perform in half of patients and can be inconclusive

The compound is a radioactive chemical and works as a ‘tracer’ — once injected into the bloodstream, it sticks to the protein which makes aldosterone. Because it’s radioactive, it can be seen on scans, with researchers mapping its progress through the body and obtaining a picture of the problem.

One issue with radioactive chemicals is that their short life means generally patients need to be treated at the specialist centres that make them.

But the marker chemical can be used for up to six hours afterwards, so it could be prepared at one site and transported up to 150 miles away.

‘We anticipate it will lead to enhanced screening and diagnosis of PHA, with improvements in treatments,’ say the researchers. ‘Patients will no longer have to travel long distances for tests and we anticipate the overall cost of diagnosis could be halved.’

Dr Punit Ramrakha, a consultant cardiologist at Hammersmith Hospital in London, says: ‘Overproduction of aldosterone is associated with a higher rate of cardiovascular disease and death when compared with patients with other forms of hypertension.

‘But identifying and treating these patients can result in an improvement or even a reversal of their cardiovascular risk.

‘If this drug works, it will allow clinicians to identify where the hormone is being produced with ease — avoiding sometimes invasive investigations.’

Snorers are at greater risk of high blood pressure, reports the journal Environmental Health and Preventive Medicine. The findings are based on a review of data from more than 23,000 people. Snorers aged under 45 had a 65 per cent higher risk, compared to 24.5 per cent in those over 60 (possibly because older people are more likely to have high blood pressure from other causes).

Doctors have found a novel remedy for kidney stones, reports the journal International Urology and Nephrology. Stones of up to 1 cm vanished in women who had sex three or more times a week, possibly as nitric oxide, released during sex, increased muscle activity in the urethra, speeding up a stone’s passage.

Gardening is being tested as a treatment for back pain.

A trial at the Assistance Publique – Hopitaux de Paris is based on the idea that interacting with nature affects the anterior cingulate cortex, the part of the brain that detects pain, reducing the activity of nerve cells, including those involved in lower back pain.

This effect has been seen in previous research where patients walked in green spaces — but the movements involved in gardening also improve spinal flexibility.

In the new trial, 16 people with back pain will participate in two 90-minute gardening sessions. Their brain activity and quality of life will then be assessed. Results are expected later this year.

A mobile phone game can help banish a fear of spiders, according to a new study.

The ‘phobia’ game involves tracking spiders, with points awarded for each one found.

Around 60 people with the fear were split into two groups and played either the spider game or a different one twice a day for a week. Those who played the spider game were up to six times more likely to reduce their fear, reported the Journal of Anxiety Disorders.

The researchers, from Philipps University of Marburg, in Germany, say the app — which is in its development stage — is a virtual ‘exposure therapy’, a treatment which builds up exposure to the fear.

Do I really need? 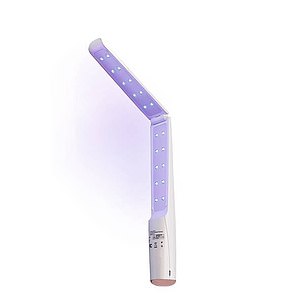 Claim: This ‘kills up to 99.99 per cent of bacteria’ on ‘any surface’, using UVC rays (the strongest form of UV light) to destroy the DNA and RNA (molecules in the genetic make-up of a pathogen). Wave the wand five times at a 3 cm distance for ten seconds.

‘If you expose the surface for long enough then bacteria and viruses will be killed. There are safety issues as UV can damage the eyes. But this product does provide protective goggles.

‘The cleaning time seems quick, but will depend on how intense the light is on contact.

‘But it is expensive and disinfectants — even soap and water — would be as good.’

Avocado- it’s good for your gut bacteria, according to research from the University of Illinois in the U.S. The study found that participants who ate an avocado every day had a greater diversity and number of good gut bacteria compared to a control group, reports the Journal of Nutrition.

Secrets of an A-List body 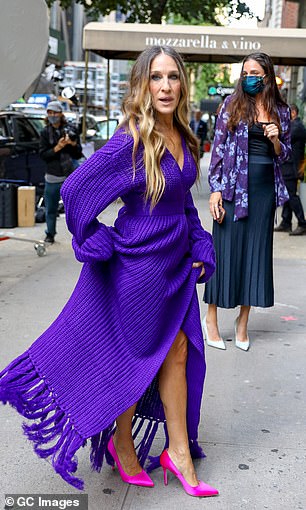 How to get the enviable physiques of the stars. This week: Sarah Jessica Parker’s calves

What to try: The V Calf Raise. Stand with your feet shoulder-width apart and position your toes outward in a V.

Rise on to the balls of your feet, keeping your legs straight without locking your knees.

Pause at the top and squeeze your calf muscles, then lower to the ground. Repeat 15 times and perform four sets every other day.