‘Covid-19 caught me big time’: Rafael dos Anjos reveals he will not take part in UFC 254 after testing positive for coronavirus with just over two weeks to go until Abu Dhabi showdown

Rafael Dos Anjos will not be able to compete in UFC 254 after testing positive for coronavirus.

The Brazilian was due to fight Islam Makhachev in Abu Dhabi on October 24 for his lightweight return.

But the 35-year-old former champion – who has won just one of his last five welterweight fights – has now revealed he has tested positive for Covid-19 and has therefore been pulled from the bout against the Russian. 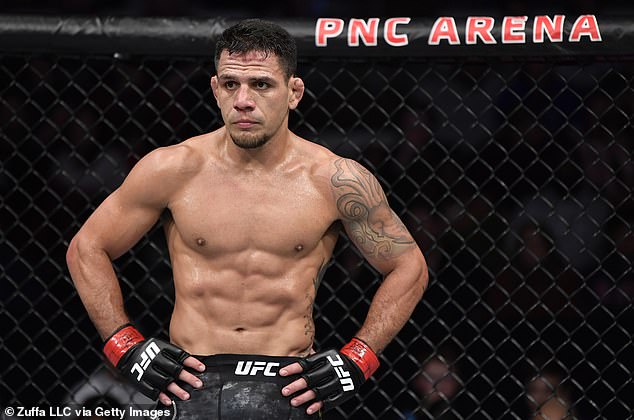 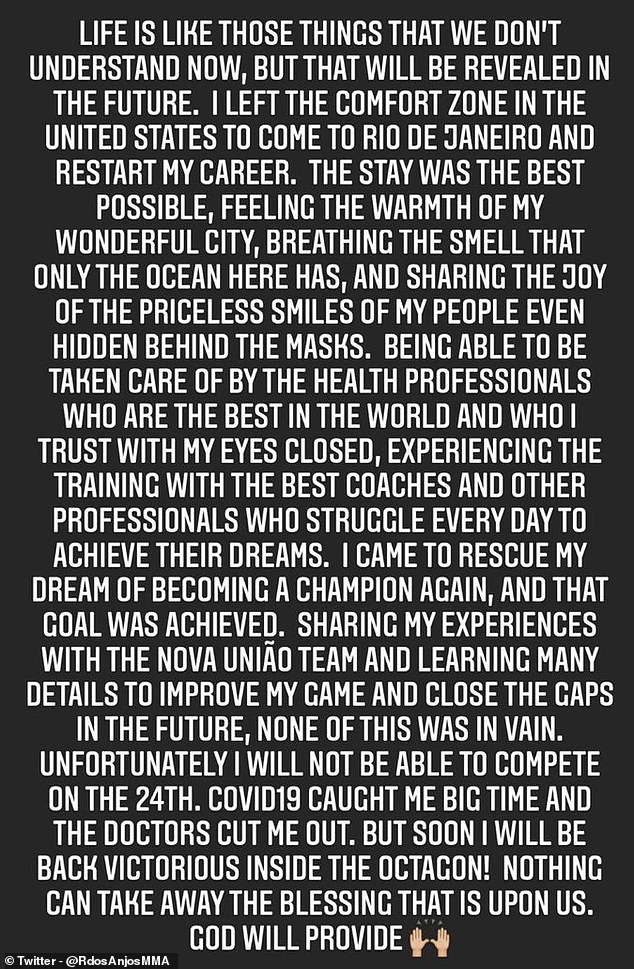 Dos Anjos wrote: ‘I came to rescue my dream of becoming a champion again, and that goal was achieved.

‘Sharing my experiences with the Nova Uniao Team and learning many details to improve my game and close the gaps in the future, none of this was in vain.

‘Unfortunately, I will not be able to compete on the 24th. Covid19 caught me big time and the doctors cut me out. 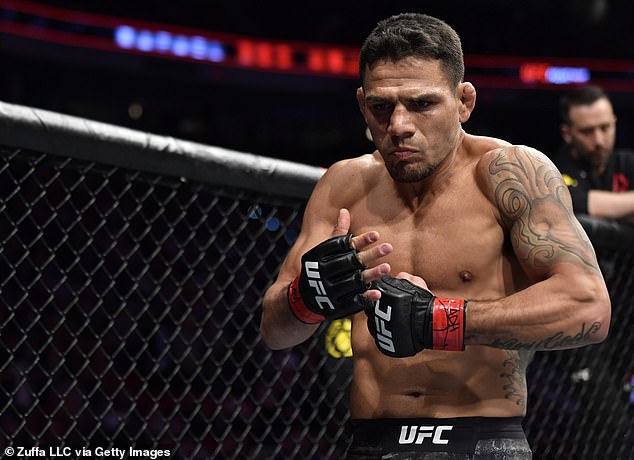 ‘But soon I will be back victorious inside the octagon!’

The showdown in Abu Dhabi later this month is headlined by Khabib Nurmagomedov, 32, and Justin Gaethje, 31, who fight in a lightweight unification. 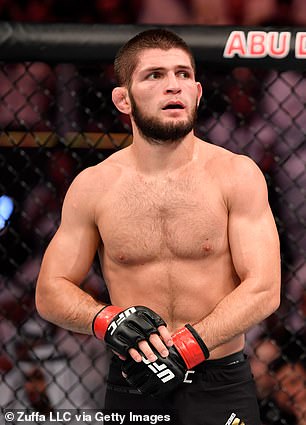 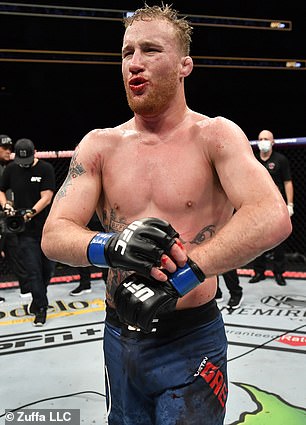 American Michael Chandler will provide back up for the title bout, but Makhachev, 29, has called on the 34-year-old to replace Dos Santos, while the Russian’s manager Ali Abdelaziz has also offered Tony Ferguson the chance to step in on short notice.

‘RDA is out, yo @MikeChandlerMMA here’s your chance to jump on the Island,’ Makhachev tweeted, before Abdelaziz said: ‘What’s up Tony ? The closest thing to @TeamKhabib is @MAKHACHEVMMA.

‘Now RDA is out Would you like to take this fight? Thank you sir @TonyFergusonXT.’