The King of Clay strikes again! Rafael Nadal roars into French Open final after straight sets win over Diego Schwartzman… with world No 2 one win away from matching Roger Federer’s record of 20 Grand Slams

Rafael Nadal rolled into his thirteen French Open final with an ultimately commanding victory over Argentina’s Diego Schwartzman which suggested he is coming to the boil.

The 34-year-old Spaniard emerged the stronger from a highly competitive first set, and sometimes difficult third, to defeat the diminutive world No 13 6-3, 6-3, 7-6 in three hours and seven minutes.

He was left awaiting the winner of the second semi-final between Novak Djokovic and Stefanos Tsitsipas which would determine who also makes it through to Sunday afternoon’s final. 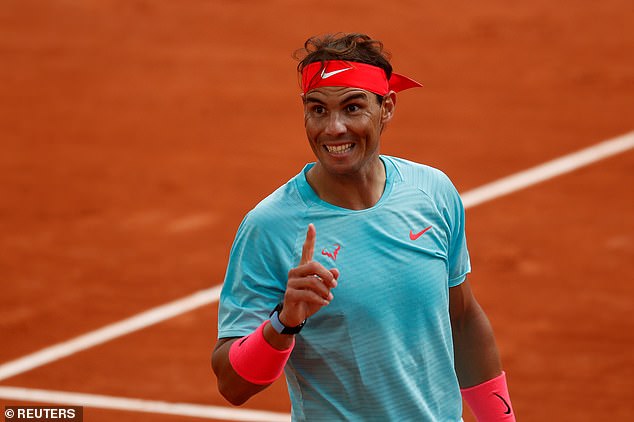 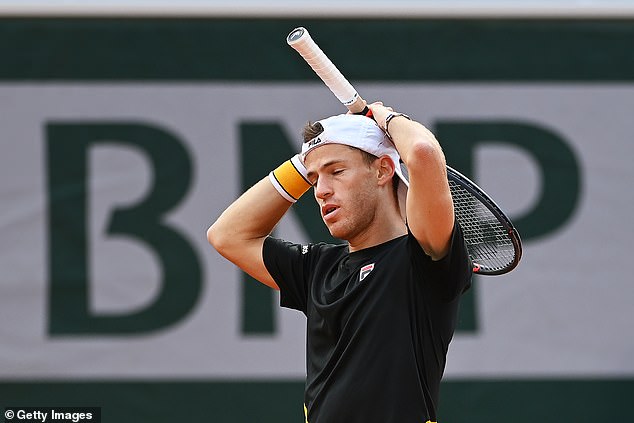 Nadal was given some awkward moments by Italian teenager Jannik Sinner in the late night quarter final of Tuesday, but was back to his best on a clear afternoon in Paris.

The first game took 14 minutes and breaks of serve were exchanged early on, but from there on he asserted himself in familiar fashion.

He dominated the second set as he played with increasing freedom against the player who had knocked him out of the Italian Open prior to Roland Garros. 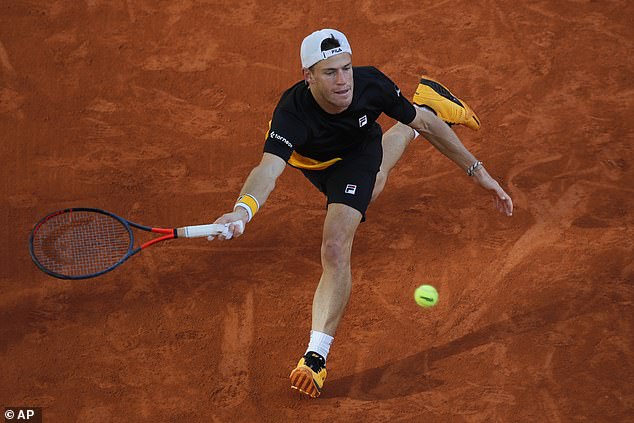 Schwartzman worked hard but struggled against Nadal’s serve in a 6-3, 6-3. 7-6 defeat 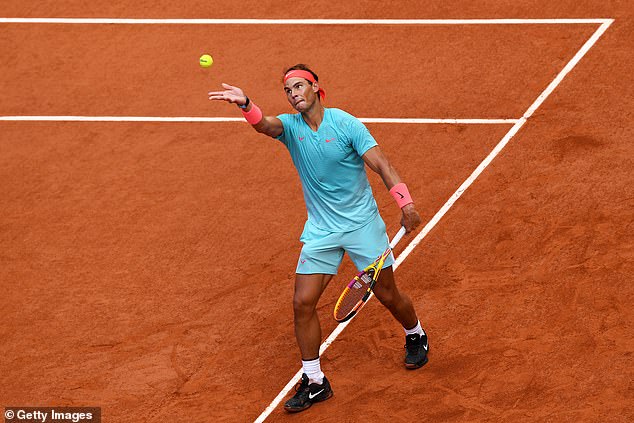 Schwartzman threw caution to the wind in staging a comeback from 2-4 down in the third when he had little to lose, but in the tiebreak it was the Spaniard who showed the greater calm, running away with it 7-0.

Speaking in victory, Nadal said: ‘I know against Diego it’s very difficult until the end.

‘I lost in Rome so I expected a very tough match. I’m happy with the way I played, I think I’ve been improving.’