His natural optimism tempered by years of working under the most pragmatic of gaffers, Ally McCoist finds himself caught between conflicting emotions.

Signs of a Rangers renaissance are impossible to ignore and, as a veteran of the club’s bleakest days and nights, McCoist couldn’t be happier for Steven Gerrard.

Precisely six years on from his own Ibrox departure, however, the former fans’ favourite will not allow himself to get carried away. 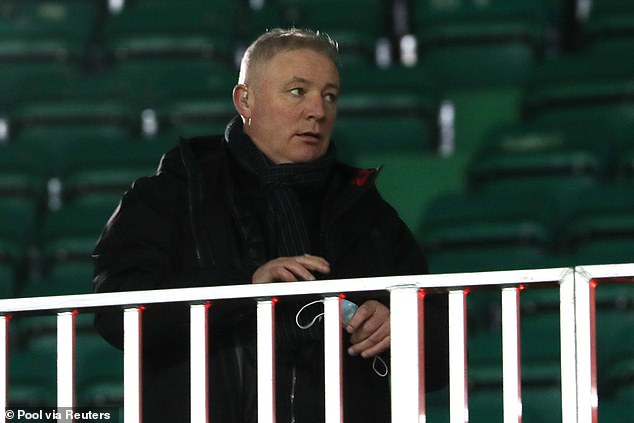 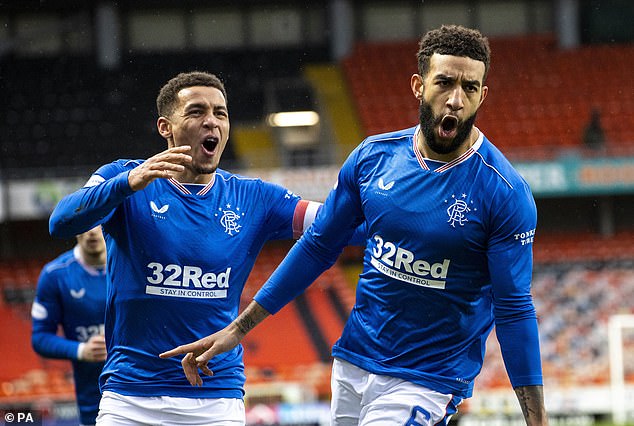 So he’s ready with a quick answer, as always, when it’s suggested that Celtic might soon be relying on something ridiculous to get back in the title race. Like Rangers collapsing in the manner of Devon Loch at Aintree in the spring of 1956.

‘Yeah, but the fact that Devon Loch happened would indicate that it can happen,’ said McCoist with a grin.

‘But I hear what you’re saying. I wouldn’t say I’m turning into the grumpy old Walter Smith. But I’m still sitting here saying there’s a long way to go.

‘Working with Walter for a long, long time was bound to have some effect on me. And I’ve turned into that character!

‘There’s a long, long way to go and people forget Celtic have only lost one league game, the last time I looked. 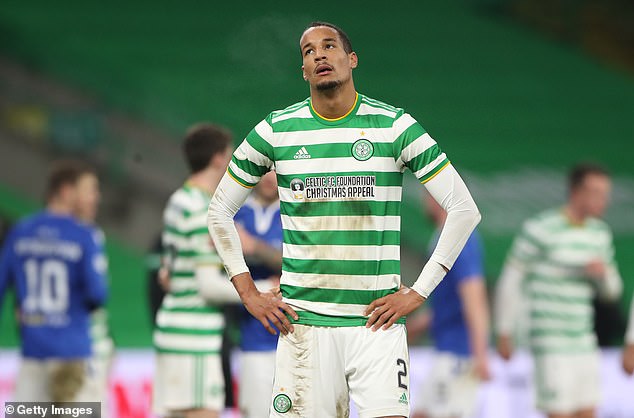 ‘I know they’ve had a few draws and I know Rangers are in a fantastic position, one they could only dream about.

‘But, come on, there’s a long, long way to go. They’ve got to play each other three times to start with.

‘If Rangers can maintain their form until the game in the new year, that would make the game really special. And there would be a lot of pressure on to Celtic to win that game.

‘But I was at the Celtic game on Thursday night, they played very well against Lille. By all accounts they were better yesterday (in the 2-0 win over Kilmarnock) so they are more than capable of stringing results together. Don’t worry about that.’

McCoist, at Hampden to promote Premier Sports’ coverage of Wednesday night’s Betfred Cup quarter-final between St Mirren and Rangers, sees the competition as a massive opportunity for his old club.

Although wresting the Premiership crown away from Celtic remains the priority, a first major trophy since the 2012 financial implosion at Ibrox would be hugely significant.

‘I keep saying they haven’t won anything yet – but you have to say the level of performance would indicate it’s not far away,’ said McCoist.

‘The chances of it happening have certainly increased with their league form. 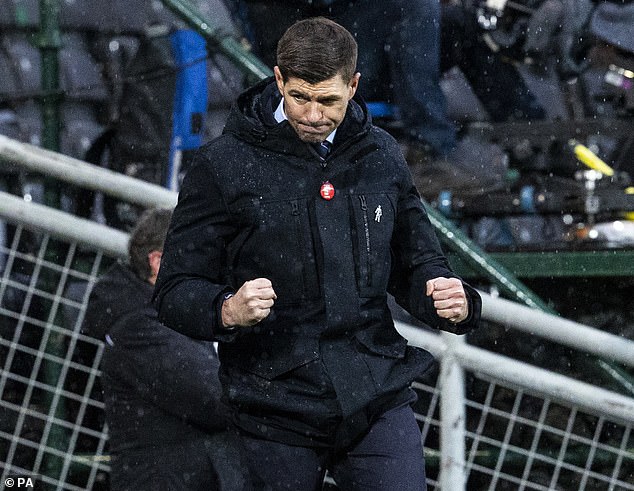 ‘There have been periods in the last few years where you think will you ever get back to the stability of the club, not just winning games and leagues. You question how long is it going to be?

‘I didn’t have any doubts Rangers would get back to playing the level of football they are now doing. I just wasn’t sure when it would be.

‘I’m thrilled going to games and watching them right now. Never mind winning the league, the Betfred Cup or the Scottish Cup, I’m actually a Rangers supporter who is loving watching the team at this moment in time.

‘I’m really enjoying the football the boys are playing. That’s a big plus and the next thing is they’ve got to win something.’ Today is the sixth anniversary of Rangers announcing to the London Stock Exchange that McCoist had ‘resigned’ as head coach.

Some quibbling over the use of that word aside, the former Scotland striker can look back on the whole experience – and everything that’s happened since – with some equanimity these days.

‘Well, I didn’t resign as manager,’ he insisted. ‘But I don’t think there’s any doubt it was the dream job at the wrong time. One hundred per cent.

‘I’ve thought about it in great detail, and I don’t have any regrets really. You’ve just got to play the cards that are dealt to you. 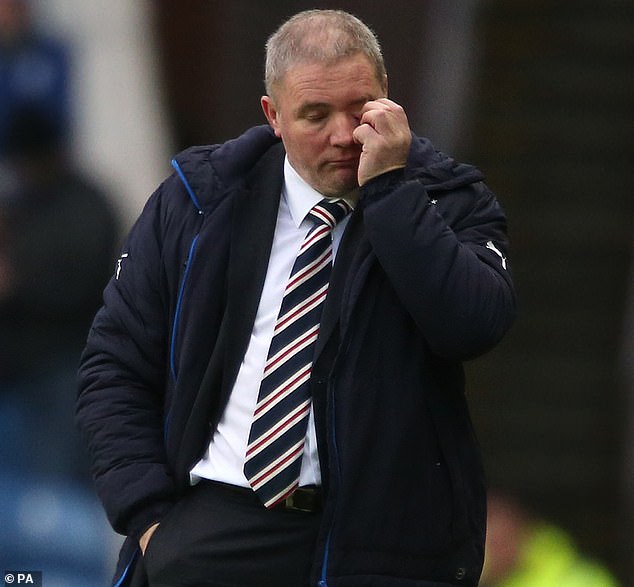 ‘It was certainly one of the most difficult times in the club’s history and, in many ways, I look back at the people I worked with and can be quite proud.

‘You tell people stories and they think you’re kidding them on. We didn’t have a licence to play games of football. We had five players turning up for pre-season training.

‘It’s been a long road and it’s been a hard road for the club, but now the vast majority of supporters and media can see a little bit of light – as big Derek Johnstone would say – at the end of the rainbow!

‘I don’t know if I would go that far and claim personal satisfaction (if and when Rangers win a trophy). I would obviously be delighted as a supporter. I will be thrilled.

‘I don’t know if personal satisfaction would come into it. I will just be as happy as any Rangers supporter – as they should be.

‘Because there were very dark times. Very dark times. I remember many meetings here at Hampden. When you look back, you think to yourself: “How did we actually get through that”?

‘We were fighting for a licence, didn’t know what league we’d be playing in, getting voted down the bottom of the league, some of the clubs want you in and some don’t … all that kind of stuff. 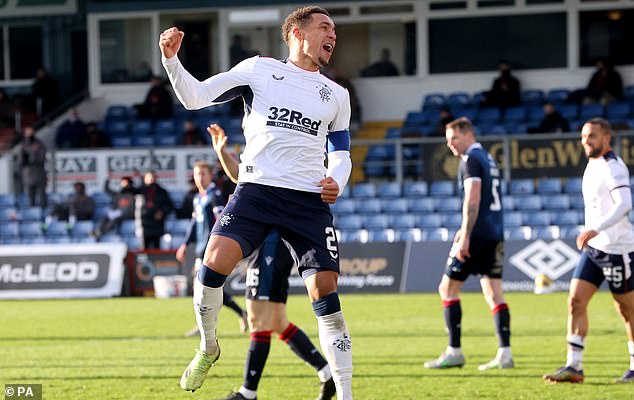 ‘So you look back and it was absolutely incredible. But looking forward, which we prefer to do, the biggest satisfaction I will get will be as a Rangers supporter.

‘The Betfred Cup is massively important. They were very unlucky not to win it last year, I think that’s fair comment.

‘But – and it’s still the case – Rangers haven’t won anything yet and that’s a hurdle that’s still to be overcome.

‘This tournament is the first and ideal opportunity to do it, particularly with no Celtic and no Aberdeen.’

Ally McCoist was promoting Premier Sports coverage of the Betfred Cup matches between Alloa and Hibs and St Mirren and Rangers live and exclusive from 7.30pm on Tuesday and Wednesday respectively. Premier Sports is available on Sky, Virgin TV and the Premier Player. Prices start from £9.99 per month.