A San Francisco-area rapper has been charged with brutally raping and beating a woman who woke up at a Las Vegas hotel to find ‘blood everywhere’ and later had surgery for her injuries.

Suspect Skye Branklyn, 41, a convicted sex offender, was jailed last month in Nevada stemming from an incident at the Aria Hotel June 1, but the arrest report was just released Tuesday. 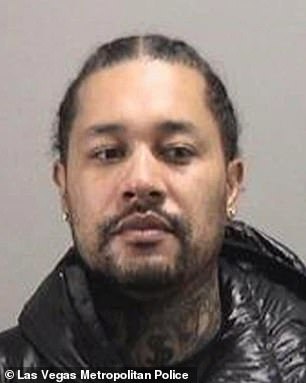 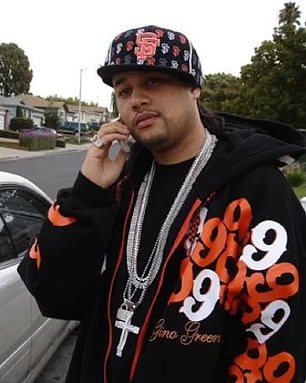 Skye Branklyn, 41, who performs under the stage name name ‘Sky Balla,’ has been charged in Nevada with sexually assaulting and beating a woman at a Las Vegas hotel in June 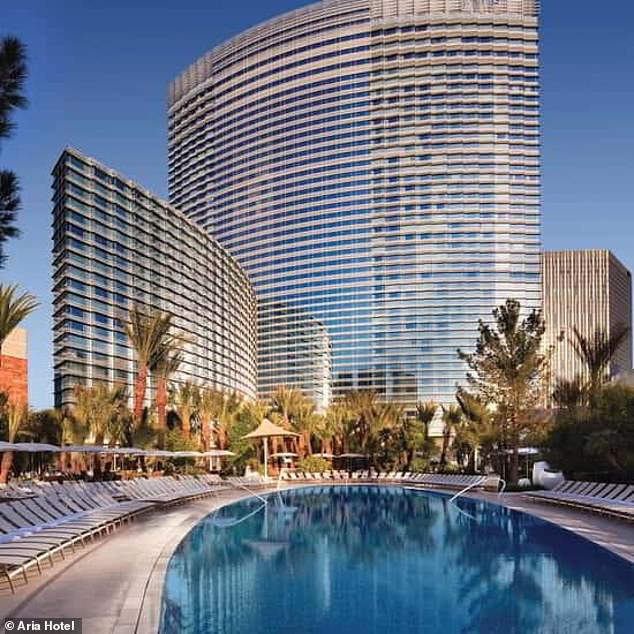 The alleged rape took place in a room at the Aria Hotel on the Las Vegas Strip, where the victim said there was ‘blood everywhere’

According to the report cited by KLAS, the criminal investigation into Branklyn, who performs under the stage name ‘Sky Balla,’ was launched June 4, after his accuser sought treatment for severe injuries at University Medical Center and told a nurse there that she had been raped.

Police were notified and interviewed the woman, who told them she met Branklyn, whom she knew only as ‘Sky,’ at the High Limit Lounge at the Aria Hotel on the Las Vegas Strip.

The rapper ordered some tequila shots and his date said she blacked out. The next thing she remembered was feeling severe pain and finding Branklyn on top of her sexually assaulting her in a room as she begged him to stop, according to the report.

The victim told detectives Branklyn told her to ‘shut up’ and punched her several times until she lost consciousness.

When the victim later woke up, she said Branklyn was trying to force himself into her mouth, reported KTNV. 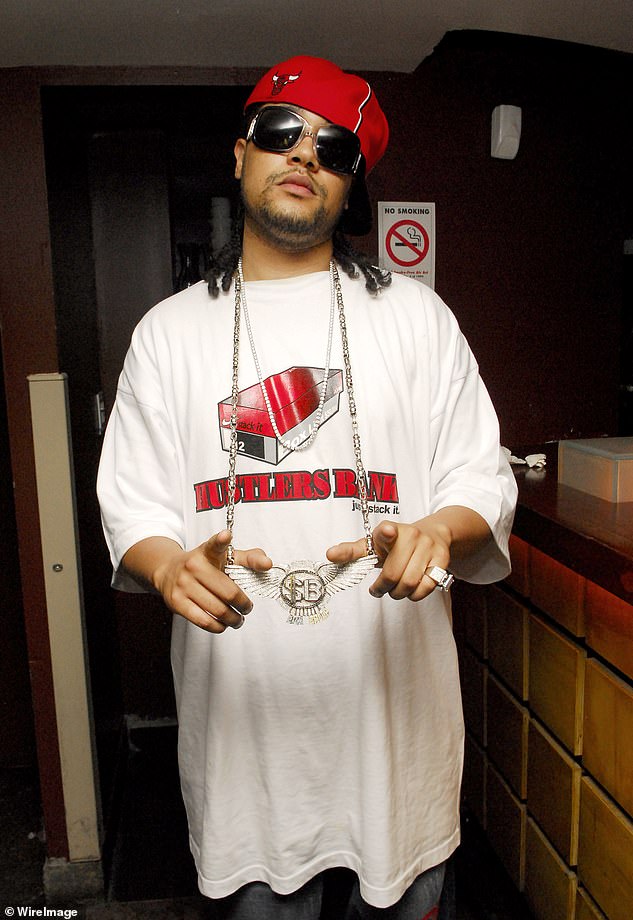 Branklyn allegedly poured alcohol down the victim’s throat, then forced her into an elevator and brought her to the hotel room, where he proceeded to sexually assault her as she begged him to stop, according to an arrest report 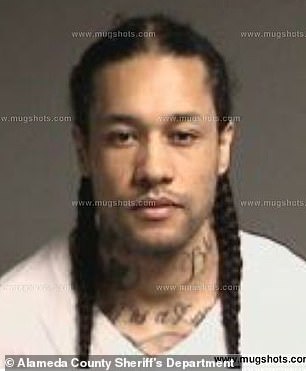 Branklyn is a registered sex offender in California, where he was convicted of rape in 2009 (pictured in his old mugshot)

The woman had vomit in her hair and said there was ‘blood everywhere’ in the room. She was able to crawl to the bathroom, where she remained for two hours in the dark, according to the report.

The woman eventually told Branklyn she needed to go home and he called her an Uber.

A couple of days later, the victim confided in a friend about the alleged rape, and the friend convinced her to seek medical attention for her injuries, which required surgery.

Police later learned that one housekeeper at the Aria Hotel was so concerned about the amount of blood in the room that they alerted security about a biological hazard, and another member of the cleaning staff was afraid to enter the room.

Security guards at the hotel attempted to reassure cleaners that the red stains in the room were spilled wine, but housekeepers told police they were certain it was blood.

According to the document, investigators obtained surveillance video that showed Branklyn forcing the victim to drink by pulling her head back and pouring liquid down her throat, then grabbing her by the neck and pushing her inside an elevator.

Police interviewed security guards at the hotel who had Branklyn’s California driver’s license on file.

Detectives learned that Branklyn was convicted in 2009 of rape by force of fear in California. He was released from prison in 2013 and ordered to register as a sex offender.

Boy, seven, who was thrown from the Tate Modern is beginning to walk again, his family reveal

Sajid Javid says he has made a 'full restoration' after testing optimistic for coronavirus final week...