A video of an extremely rare koala with different-coloured eyes has amazed viewers after it was uploaded to social media.

Port Stephens Koalas, a non-profit sanctuary located in New South Wales, shared the video to their Facebook page with thousands of people viewing the clip in a few days.

‘While koalas typically have brown eyes, in rare cases they can have blue. This boy Toohey has heterochromia (different coloured eyes),’ the caption to the video reads. 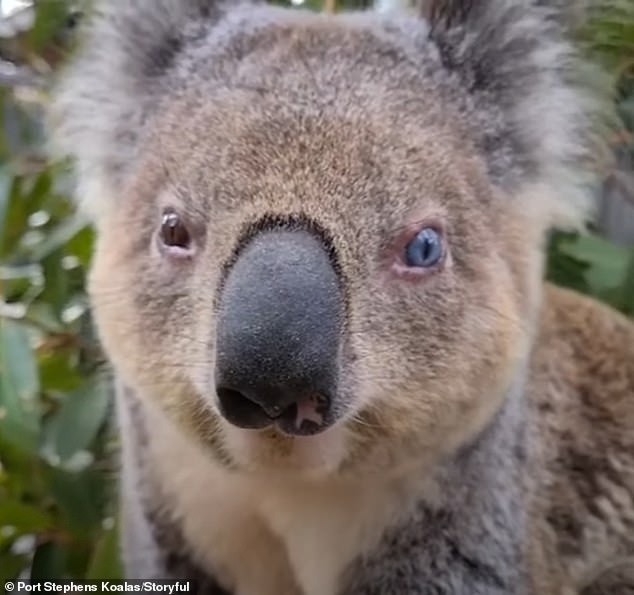 ‘This is a genetic trait we have seen on rare occasions in our local wild populations’.

The term can refer to a colour variation in an animals skin, fur, or eyes.

Heterochromia Iridium is the specific term for the variation in iris colour.

The variation can result in two completely different eye colours or a partial change in one or both eyes called sectoral heterochromia.

There is also central heterochromia resulting in a ring of a different colour around the pupil.

The condition is caused generally by a recessive gene determining eye colour, but can also rarely be caused by disease or injury.

‘He is adorable!’ one viewer wrote.

‘Love his name. This is too Australian!’ another said, noting Tooheys is a popular New South Wales beer.

‘Wow thanks for sharing, can’t wait to visit one day soon,’ added a third.

Toohey was being treated for chlamydia at Port Stephens Koalas – with the condition rampant among the wild koala population.

He is expected to be released after undergoing medication therapy.

The funding allowed the facility to upgrade from four sheds and a rehabilitation yard to a state-of-the-art koala hospital.

‘Thanks to the WWF supporters who donated to the bushfire recovery, WWF was able to provide funding for vital equipment for the hospital’s state of the art wildlife surgery room including an impressive X-ray machine, a portable ultrasound, and hospital grade surgery lights,’ the charity said. 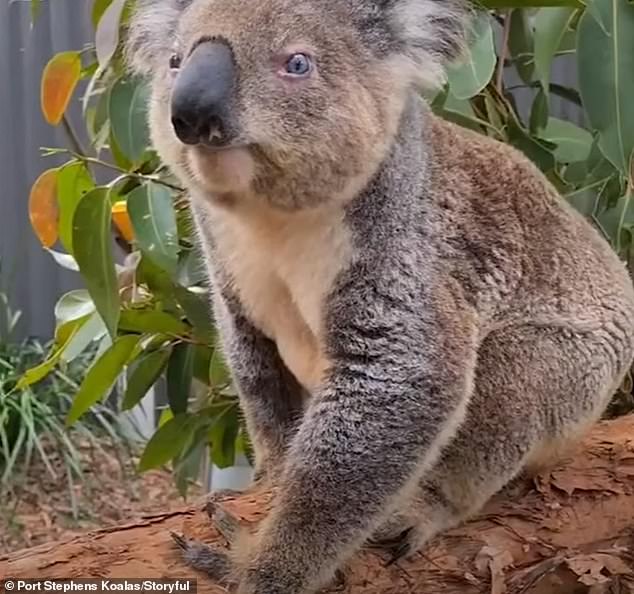