Real against Celta Vigo .. Vinicius advances to Meringue with the third goal “video” 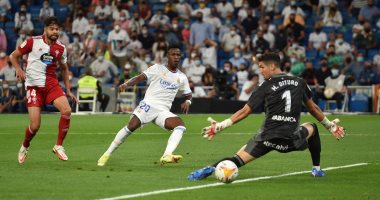 The Brazilian Vinicius Junior scored Real Madrid’s third goal against its guest, Celta Vigo, during the meeting that brings the two teams together, at the “Santiago Bernabeu” stadium, where the royal team returns to play after an absence of 560 days, due to comprehensive renovations, in the fourth round of matches. Spanish La Liga competition.

Vinicius’ goal came in the 54th minute of the match, completely alone after a wonderful pass from Karim Benzema, he shot the ball to the left of the goalkeeper, making the result Real Madrid 3 – 2.