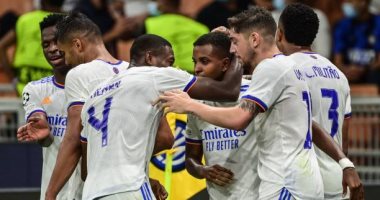 Real Madrid snatched a fatal victory from its host Inter Milan, with a clean goal, in the meeting that brought the two teams together on Wednesday evening, at the “Giuseppe Meazza” stadium, as part of the first round of the European Champions League competition in the current season 2021-2022.

In the same group, the Moldovan Sheriff team defeated its Ukrainian guest, Shakhtar, 2-1, to lead the group by goal difference from Real Madrid, after the end of the first round of the group stage.

Is Trump Mentally Stable? Two journalists try to answer it in the book “Peril” | Video