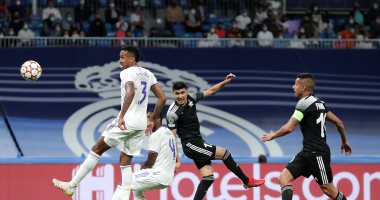 Real Madrid suffered a heavy defeat against Macedonian champion Sherif Tiraspol, 2-1, in the match that took place between them on Tuesday evening at the “Santiago Bernabeu”, in the second round of the group stage matches of the Champions League.