Zinedine Zidane took over an hour to appear in his post-match press conference after his team’s humbling at the hands of Shakhtar Donetsk and he then made the shock admission: ‘We lacked confidence.’

The 13-times Champions League winners were without long term injury Eden Hazard and Zidane had left Karim Benzema on the bench but his team still full of internationals and included serial European Cup winners.

‘We lacked the confidence to start the game as we know how,’ he said. ‘In the first half I did not see the team I wanted to see and that is my fault.’ 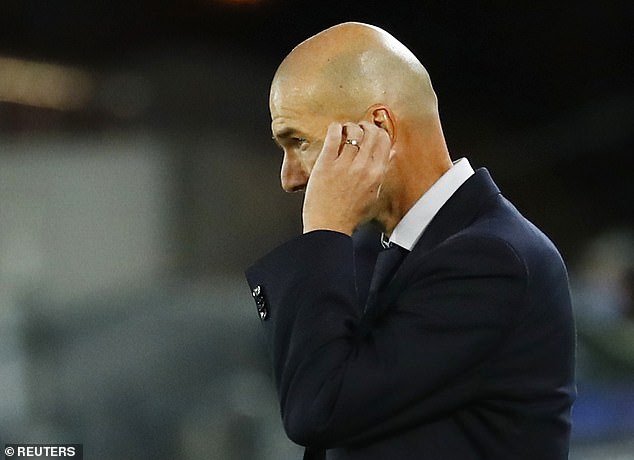 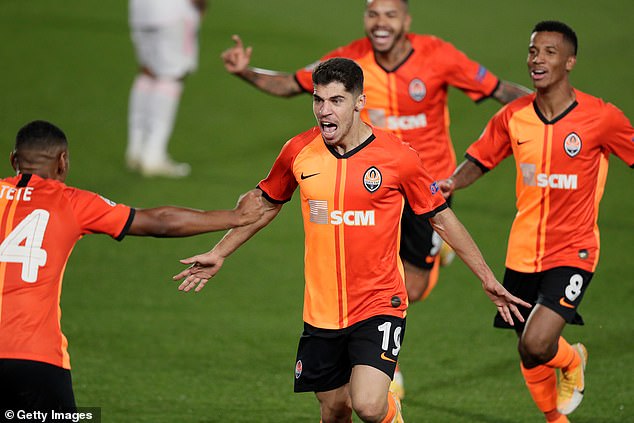 Real Madrid take on Barcelona on Saturday at the Camp Nou having now lost to newly promoted Cadiz and group outsiders Shakhtar.

‘I have to find the solutions that will make us be strong again and get back to winning,’ added Zidane.

The coach’s surprising remarks regarding a lack of belief echoed those of Luka Modric. 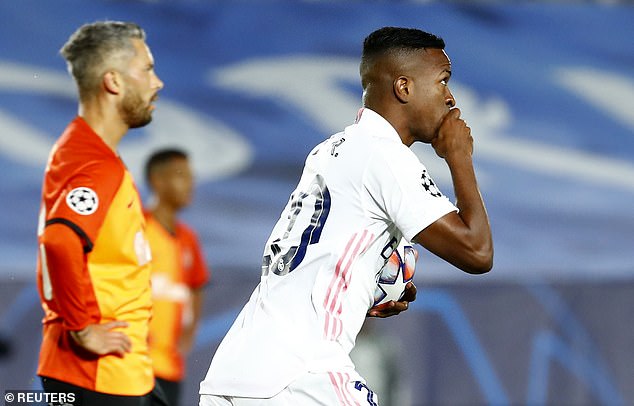 He said: ‘We were not at the level required for this competition. The manager has said to us that we have to press more effectively. We have to improve.

‘We have to be united now. The next game will come quickly and we have to play better. We lacked confidence.’

Asked if his team had failed to show the right attitude Zidane said: ‘We lacked a bit of everything but confidence is the most important thing.’