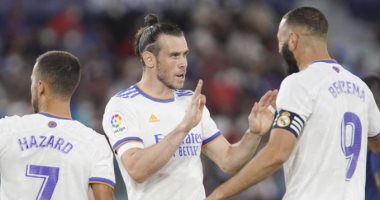 Real Madrid returns to play again at the “Santiago Bernabeu” stadium in the presence of its fans for the first time in a long time, after the completion of the development process inside the castle of the royal team, where it hosts its rival Celta Vigo, in the confrontation scheduled to take place at nine o’clock this evening, Sunday, in the round competitions The fourth of the Spanish League “La Liga”.

Real Madrid will play tonight’s match led by its Italian coach Carlo Ancelotti, and he leads the Spanish league standings with 7 points, before the start of the round matches, surpassing only goal difference from each of: Valencia, Seville, Barcelona, ​​Atletico Madrid and Real Mallorca, who have the same number of points. .

Real Madrid is playing 6 consecutive matches in 17 days in the Spanish League and the Champions League, where the royal team plays 4 La Liga matches and two matches at the start of its Champions League campaign in the new season 2021-2022.

The schedule of Real Madrid matches in September was as follows:

4 important foods for your child’s health and memory, most notably nuts and natural juices

4 important foods for your child's health and memory, most notably nuts and natural juices