A new study published in the journal Scientific Reports People who receive the Pfizer or AstraZeneca vaccine have much higher levels of antibodies than those infected with the virus, meaning that the vaccines produce more antibodies than the antibodies produced by natural infection.

According to the newspaper, indiatoday A team led by researchers at the University of Montreal in Canada found that these antibodies were also effective against the delta variant.

In the study, 32 non-coronavirus Canadian adults were recruited into hospital 14 to 21 days after being diagnosed with a test. PCR In 2020, before the delta, beta, and gamma variants of the coronavirus appeared.

“Everyone who was infected produced antibodies, but the elderly produced more antibodies than adults under the age of 50,” said Jean-Francois Masson, a professor at the University of Montreal.

“In addition, the antibodies were still present in the bloodstream 16 weeks after her diagnosis,” Mason added. 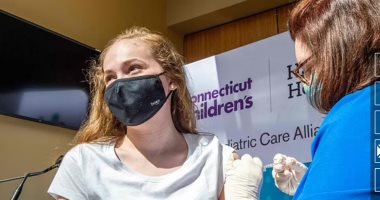 The antibodies that were produced after infection with the original viral strain also reacted with the corona variants that appeared in the subsequent waves, which are beta, delta and gamma, with a decrease in the reaction of 30 to 5%.

“The finding that surprised us most is that the antibodies naturally produced by infected individuals aged 50 and over provide a greater degree of protection than adults under 50,” said Joel Pelletier, a professor at the University of Montreal.

“This was determined by measuring the ability of the antibodies to inhibit the interaction of the spike protein of the delta variant with the ACE2 receptor in human cells, which is what infects us,” she added.

Yo-yo Diet.. Know the risks of losing and gaining weight more than once