This is the legendary mistwedstrijd — the Fog Game — played at Amsterdam’s Olympic Stadium and, although more than half a century has passed, few Dutch football fans are unaware of its significance.

It was the moment Rinus Michels, Johan Cruyff and Total Football went international. There is no way this would ever be lost in the mists of time. 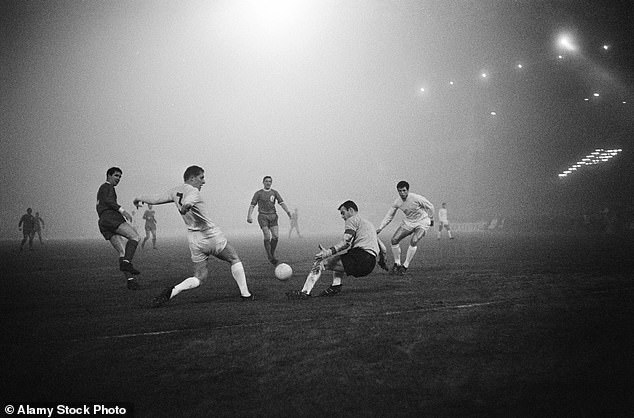 In 1966, Bill Shankly’s Liverpool were destroyed 5-1 by Ajax’s Total Football in ‘the fog game’

‘This was the beginning of Ajax in Europe, we had a good team and those years from 66 to 73 were big for us,’ says Sjaak Swart, the former winger known as Mr Ajax, who signed at the age of nine, made a club-record 596 appearances and is still playing regular 11-a-side football at the age of 82.

‘More than 40 competitive games last season,’ he adds, although he has moved from the right wing to a free role in midfield. ‘I must have played more games of football than anyone else in the world.’

Still, the mistwedstrijd of December 1966 stands out and Swart tells Sportsmail how the night almost produced a very different narrative.

‘We spent three days in the camp in Zeist, a little town nearby,’ he says. ‘We were in our cars and not with the team bus. We set off to the stadium in the fog. All the guys went but my car, an old Citroen, would not go.

‘I was with Johan Cruyff, Klaas Nuninga and Bennie Muller and it was half an hour before we could get the car going. When we finally got to the stadium, Michels said, ‘Normally I would send you all home but OK, come on’. 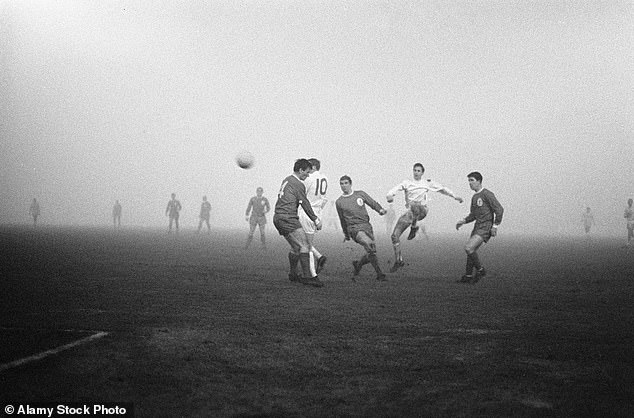 ‘The result was fantastic. One of those games when everything went for us. Piet Keizer was out and Cees de Wolf replaced him. De Wolf came in and scored the first goal after three minutes.

‘There were no substitutes. Wim Suurbier, our right back, was injured very early, and we played for most of the game with 10 men. I was playing two positions — right back and right wing.

‘At 3-0, the referee whistled for what I thought was half-time and I was going towards the dressing rooms when one of the directors on the Ajax board shouted to me, ‘What are you doing?’ I said it was half-time. He said, ‘No it isn’t, go back’.

‘As I ran back on to the field, Bennie Muller had the ball and he passed it to me. I went past a couple of players, made a cross and Nuninga scored to make it 4-0.’

The fog was even worse in the second half. ‘We couldn’t see from midfield to the goal but the referee said we must play,’ says Swart. ‘The fans couldn’t see a thing but they were cheering when they heard we had scored. Nobody thought we could win against Liverpool, one of the best teams in the world, with Roger Hunt in attack and Ron Yeats at the back.’

Shankly claimed it was a freak result, down to the conditions, and vowed to win 7-0 in the second leg, but 19-year-old Cruyff ran the show at Anfield, scoring twice before Hunt salvaged some pride with a late equaliser. 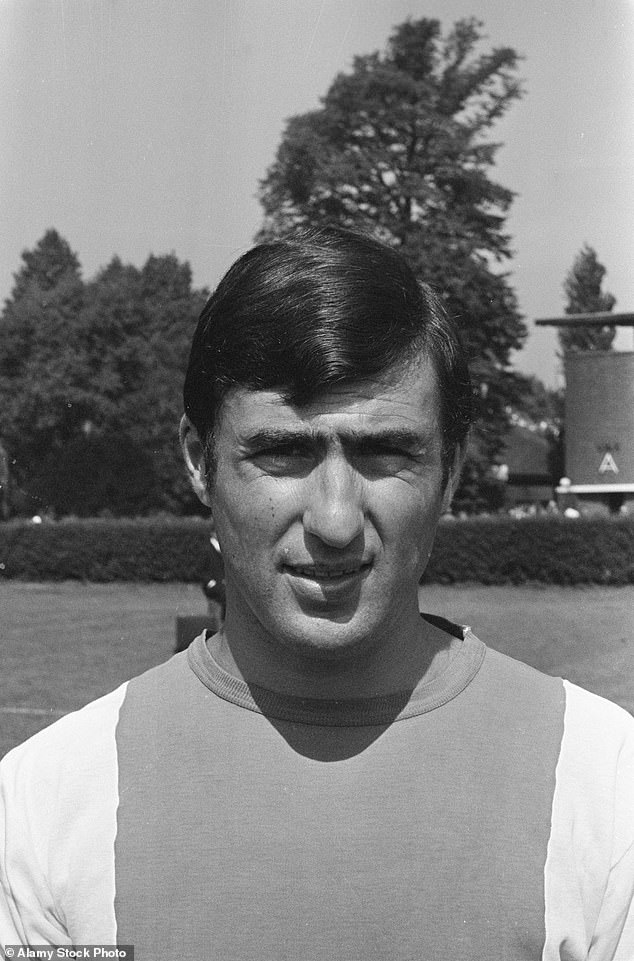 A 2-2 draw meant it finished 7-3 on aggregate and Shankly was the first into the Ajax dressing room, shaking hands with the visitors. ‘He said, ‘Well done boys, that was fantastic’,’ recalls Swart. ‘After this night, I was always in love with English football. I will never forget the atmosphere and the fans singing You’ll Never Walk Alone. It gave me goosebumps.’

The tie also made a big impression on Cruyff. ‘Although I’m bad at remembering matches, I can still remember pretty much everything about the legendary mistwedstrijd in the Olympic Stadium in Amsterdam and the return at Anfield in Liverpool,’ he wrote in his autobiography My Turn.

‘We had confirmation that we were technically superior, and that everything Michels was putting in place was working.’

Michels built around this team, Cruyff flourished and they conquered Europe. This season marks the 50th anniversary of the first of their hat-trick of European Cup wins, when they beat Panathinaikos 2-0 at Wembley in 1971. The following year they swept everything before them, beating Inter Milan to retain their European title, winning Eredivisie and the Dutch Cup, an unofficial Super Cup against Rangers, who were serving a ban from UEFA competition, and the Intercontinental Cup against Independiente of Argentina.

‘We were the first to win them all, before Bayern Munich or Barcelona or Real Madrid,’ says Swart, who retired from professional football in 1973 as the team started to break up.

So began the first of many regenerations of Ajax. They won the Champions League in 1995, with the De Boer twins, Clarence Seedorf, Edgar Davids, Patrick Kluivert and Marc Overmars in the team. 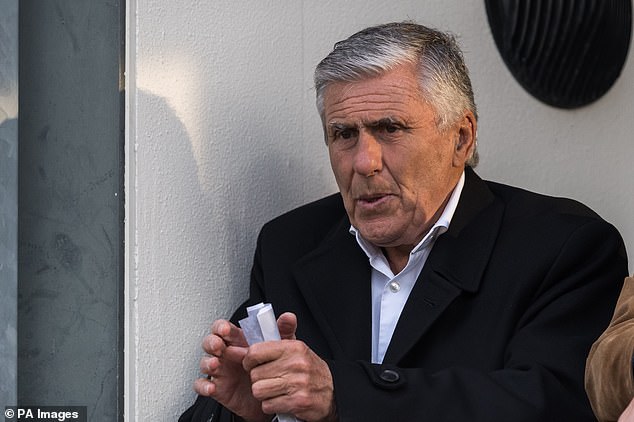 Remarkably, considering the consistency of the two clubs in Europe, Wednesday’s Champions League clash will be the first time they have faced Liverpool since in any competition. Although, they came close in 2019. Ajax were 3-0 up with 35 minutes to play against Tottenham in the Champions League semi-final. Liverpool were waiting for the winners and it turned out to be Spurs after Lucas Moura completed his hat-trick in the sixth minute of stoppage time. Liverpool won their sixth European Cup. Ajax are two behind on four.

‘A great pity,’ says Swart. ‘Ajax were much better than Tottenham but we made two mistakes and were punished.’

The cycle turns more quickly than ever and yet Ajax are accustomed to it. They are investing heavily in the rebuild, spending big money by the standards of Eredivisie to replace Ziyech with Brazilian winger Antony, £13million from Sao Paulo, and young Ghanaian star Mohammed Kudus, £8m from Nordsjaelland.

They have broken their wage structure to recruit former Premier League players, such as Dusan Tadic, Daley Blind and Davy Klaassen, and made a serious attempt to bring Luis Suarez back to Amsterdam before he opted for Atletico Madrid.

‘They have a good technical coach and good players,’ says Swart. ‘And this will be an interesting test of them against Liverpool, one of the best teams in the world. Only shame is there’ll be no fans inside the stadium to see it.’

One game in the fog, the final that never was and now a tie behind closed doors.

A deposit contract for Ethereum 2.0 to be released in a few days

US 2020 election: Who does China really want to win?

Top homebuilder says the housing boom isn’t over just yet

UK weather: Builders celebrate as they are RAINED OFF site ahead of tonight’s Euro clash

Builders across the country are rejoicing as they are rained off site and head straight to...

In Armenia, a bitter election in the shadow of a lost war

Revealed! The number one real estate search term in Australia – and it’s NOT what you might think!

Top homebuilder says the housing boom isn’t over just yet