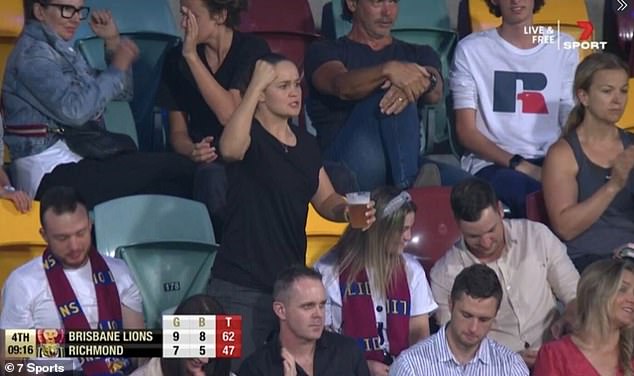 TV cameras captured French Open champion Ash Barty back in her native Queensland, drinking beer in the stands at the Gabba while watching Aussie Rules football.

Wish you were here? It did not look like she was missing Roland Garros much, but then quite a few of those she has left to contest the title do not seem to have enjoyed the Paris experience.

A surfeit of men’s and women’s seeds have already lost, and there appears to have been an abnormal amount of broken rackets, spats and complaints. 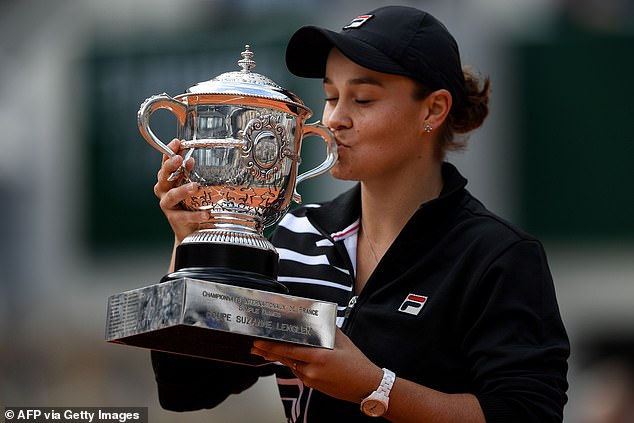 Playing a dislocated second Grand Slam within a month amid Covid restrictions and slow, inhospitable conditions has caused an undue amount of angst for players as the tournament heads into its middle weekend.

A saving grace is that the number of positive cases among players has been relatively small, but the event faces more headwinds as it goes into its middle weekend.

Rain is forecast for all next week, and over the next three days the temperatures are not predicted to get above 60 fahrenheit.

French government officials are also meeting this to discuss whether the city should be imminently moved to ‘alerte maximale’, which would mean the closure of all bars and restaurants in the city, further dampening the wider atmosphere. 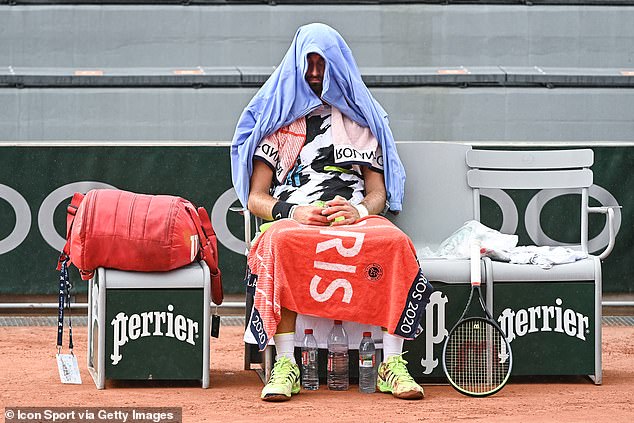 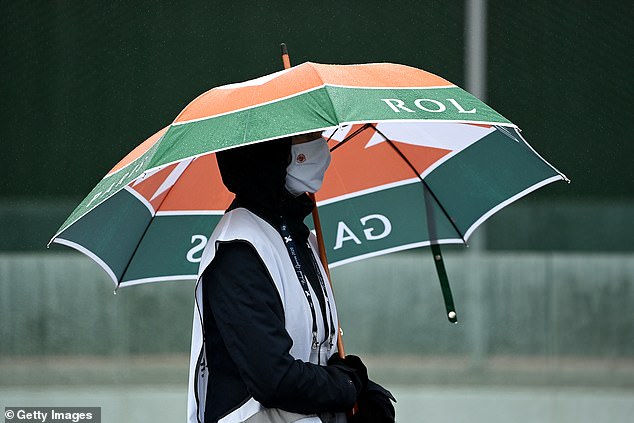 The number of Covid-19 cases in Paris is also rising, causing concern for the participants

Amid this distinct possibility and with numbers of Parisian cases increasing, Roland Garros – unlike the US Open – will not be seeing a reduction in the players it is catering for next week.

This is because, in its original ambition to stage as normal a Grand Slam as possible, the French agreed to stage a full junior event in its second week as is customary at a Major.

That means the arrival 64 boys and 64 girls, plus a few more for the doubles events. Already the senior doubles draw is double the size of that in New York.

Numerous players have drawn unfavourable comparisons with the set-up for the players at the US Open.

There they housed them at large hotels out on Long Island and laid on downtime amusements such as an outdoor cinema and golfing area. In Paris they are penned in city centre hotels with no such distractions. 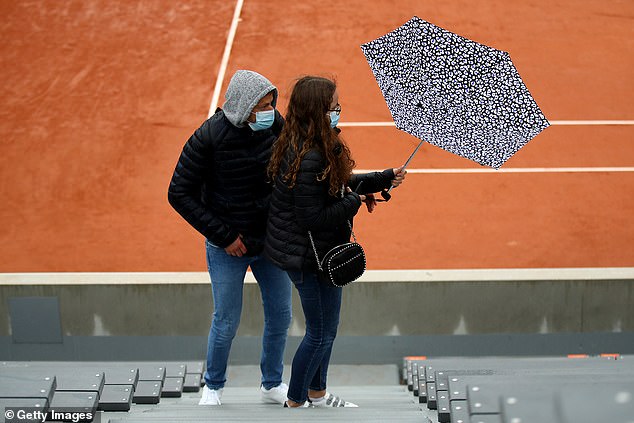 Two of the maximum 1,000 daily spectators at Roland Garros struggle with their umbrella 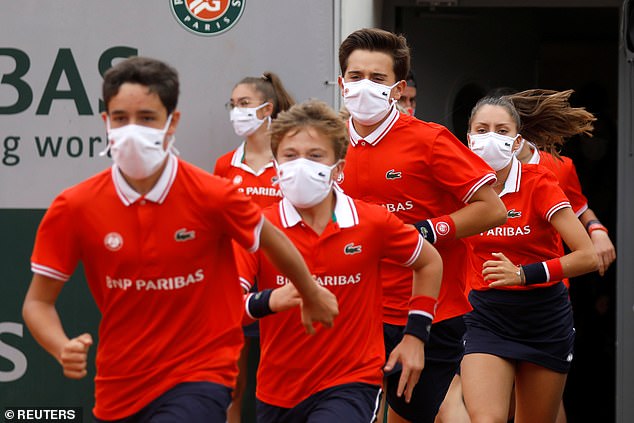 Canadian Vasek Pospisil, an influential figure who has helped set up the new men’s player association, described it as ‘much worse’ than New York.

‘At least for the players, the hotel we’re staying at, it’s tough,’ Pospisil said.

‘We don’t have anything. The US Open, there was a much bigger effort I felt from the organisation to make the time in the bubble a little bit more comfortable.

‘I think almost every player I’ve spoken to was sharing the same opinion. Yeah, it’s not easy to be stuck in the bubble. You don’t want to be on-site all day because it’s also a stressful environment.’ 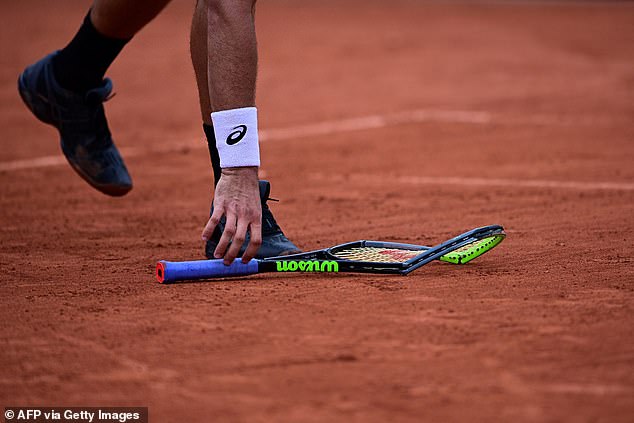 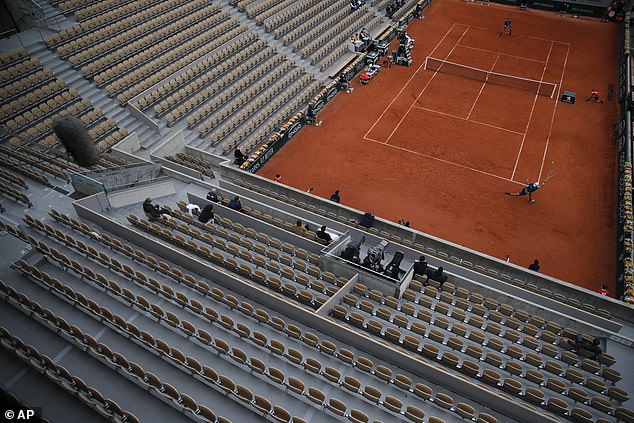 With nine days to go it is likely the ability to best focus on the job in hand will be a determining factor in who stays until the business end of the tournament.

As there will likely be rain delays – like those seen on Friday – it will be an advantage for the bigger name players more likely to play under the roof of the Philippe Chatrier stadium.

We may well see more of the incidents already witnessed such as the bad-tempered match between Sara Errani and Kiki Bertens, Dan Evans’s doubles confrontation at the net, Victoria Azarenka’s refusal to play and various obliterated rackets.

There was even women’s star Elina Svitolina tearing up in a press conference over how she had lost a toy dog she used to take around tour with her – among the more unusual markers of this stressful French Open. 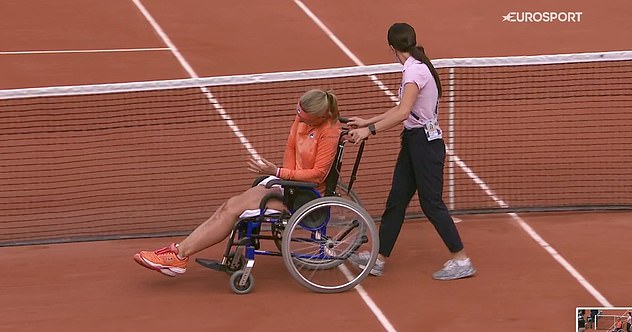 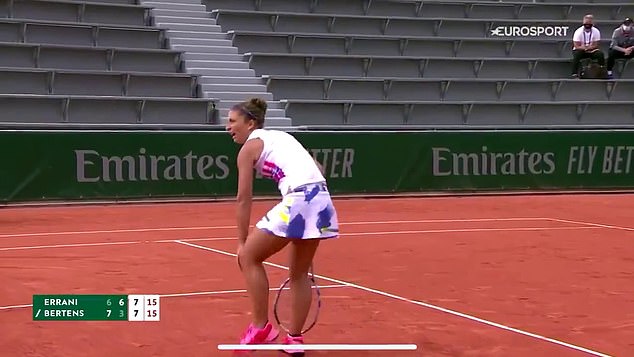 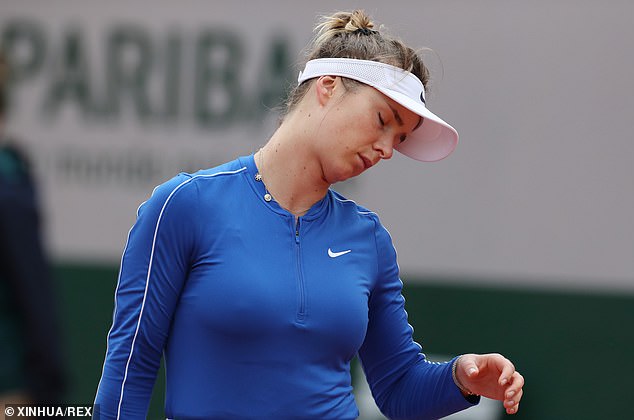