When quizzed about Olivier Giroud’s future on Monday, Frank Lampard replied: ‘I still think he’s got a big contribution for us.’

The Chelsea manager obviously knew something the rest of us didn’t.

Lampard was responding to assertions from Mickael Manuello, the France striker’s agent, who had indicated his client will look to leave in January due to a lack of game time. 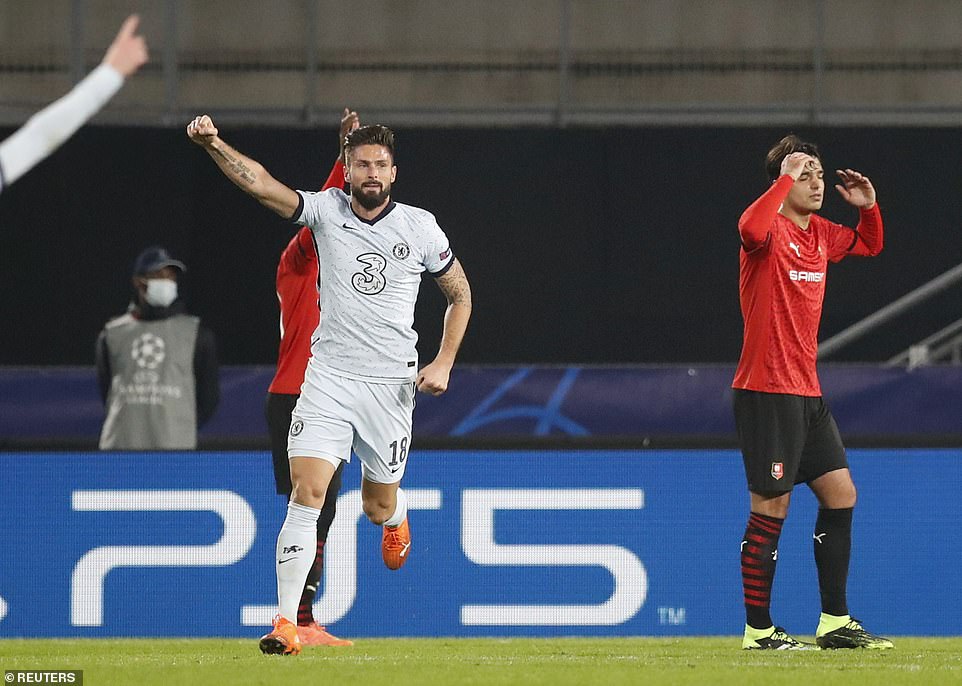 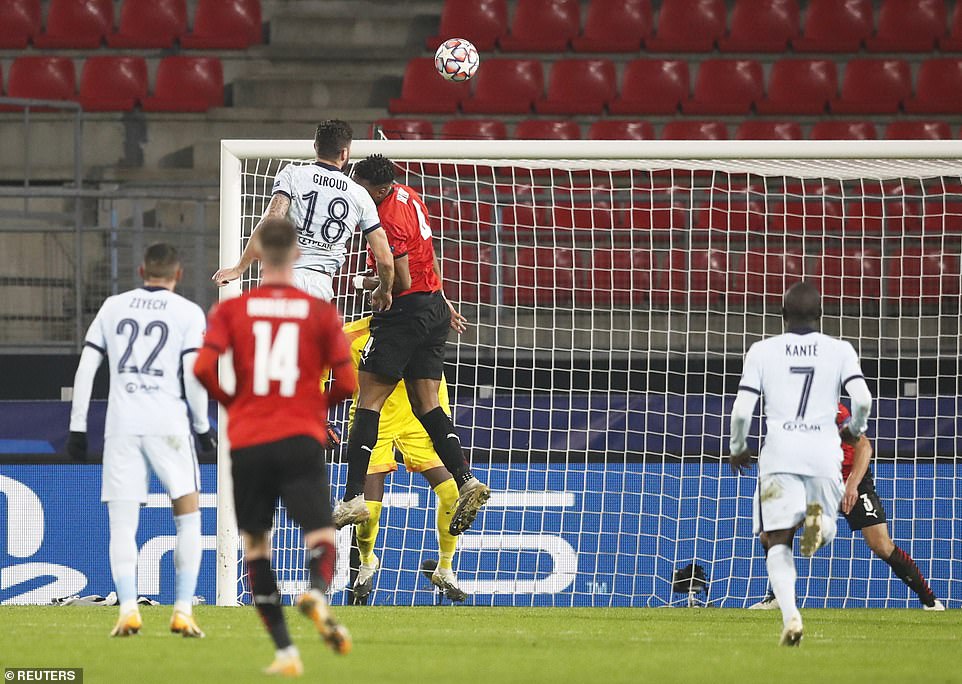 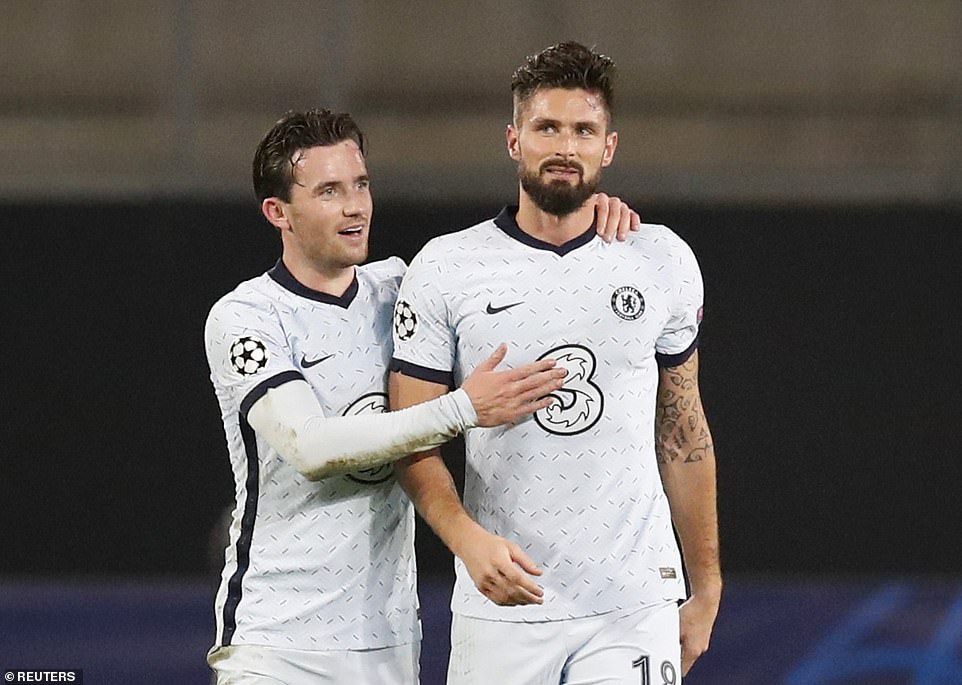 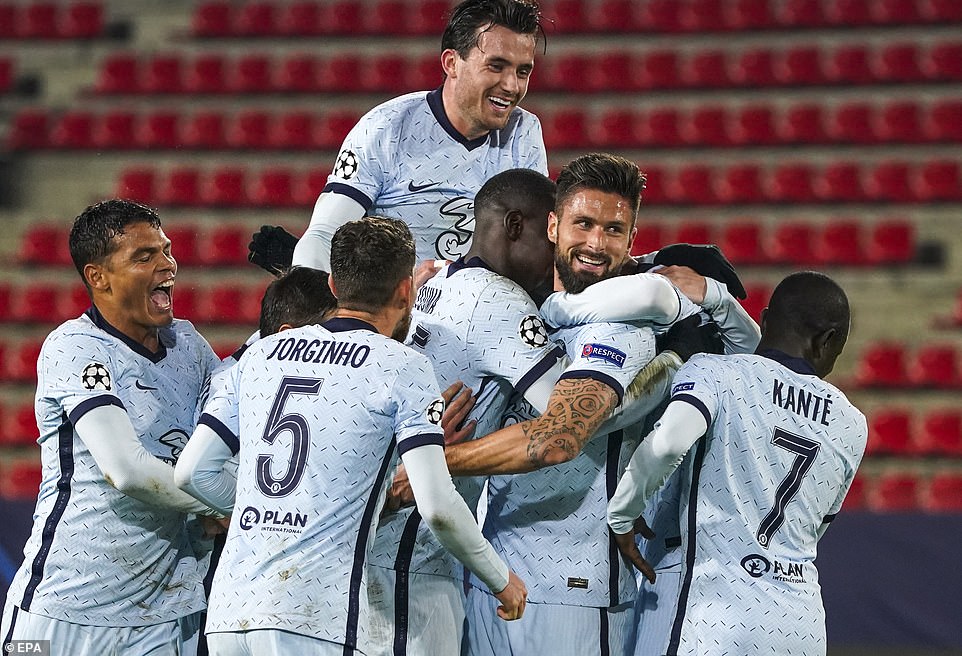 Fair play to Giroud, he let his football do the talking in Rennes on Tuesday.

Whether the France international is prepared to settle for a bit-part role at Stamford Bridge will come out in the wash.

What we do know, however, is Chelsea have qualified for the Champions League knockout stages courtesy of an injury time goal from their unsettled World Cup winner.

If you have a point to make, that’s how you make it.

‘That was great from him, I have a problem because I have Tammy [Abraham] who is playing very well and Oli, who always contributes. But it’s a good problem,’ Lampard said.

‘Yes, it does (show why I want him to stay.) Oli will get his minutes because we have a busy scheduled. He offers a lot for us.’ 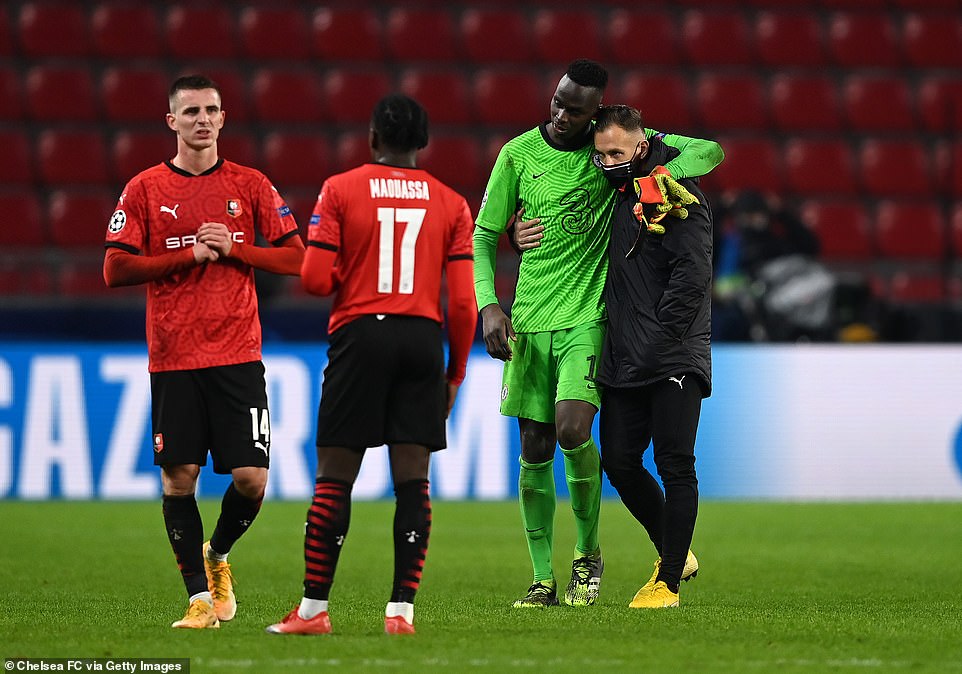 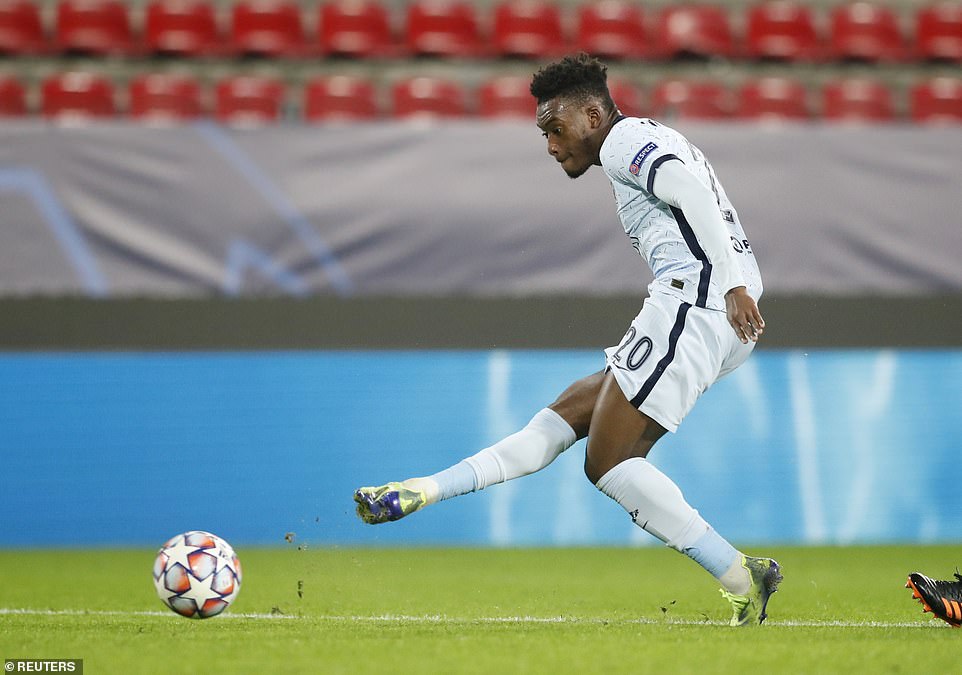 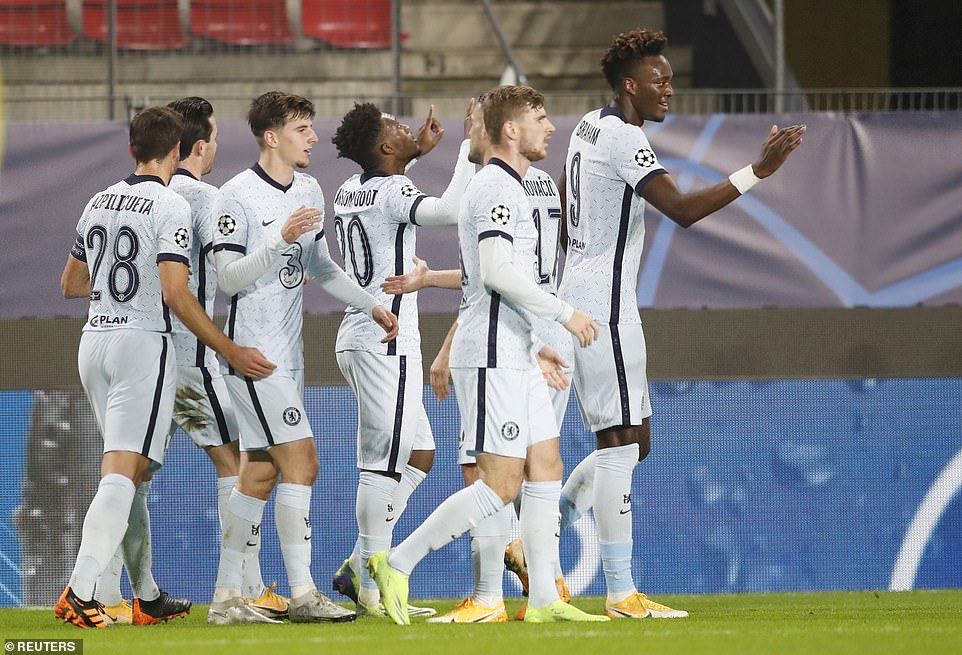 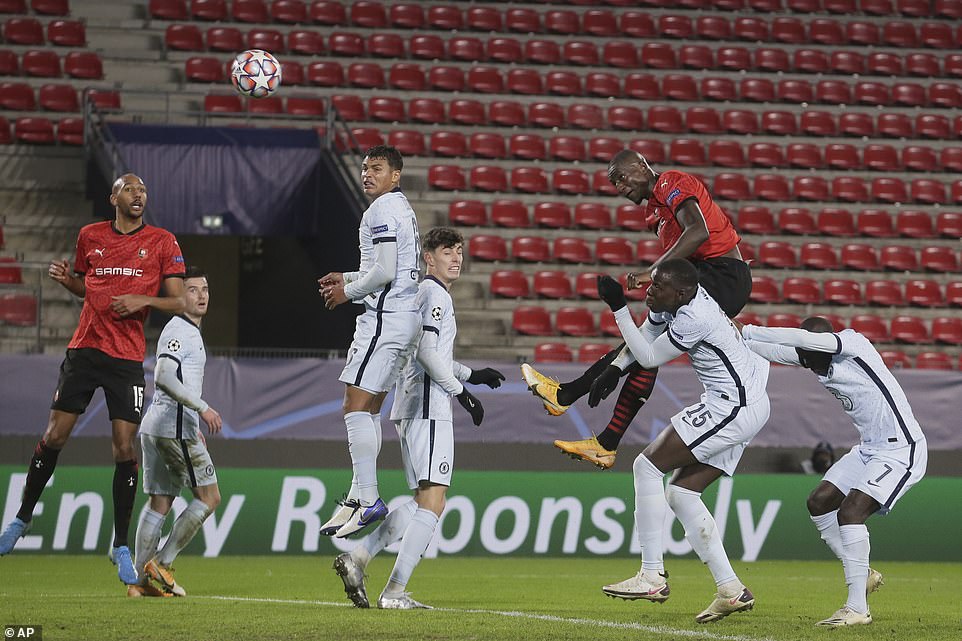 Man of the match: Hudson-Odoi 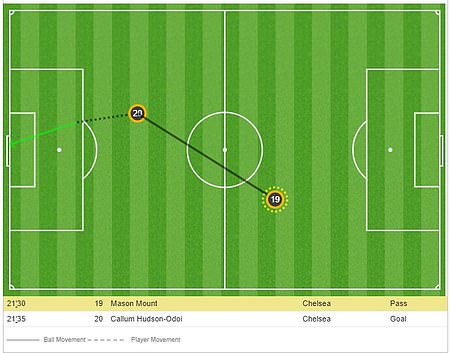 In truth, Chelsea shouldn’t have required Giroud’s late intervention. The three point should have been wrapped up well before Serhou Guirassy appeared to have secured a point for Rennes with an 85th minute leveller.

But, as is becoming a habit for Chelsea just now, they found the answers. Six wins on the bounce and 13 games unbeaten bodes well for Lampard moving forward. Certainly with a London derby against Tottenham – and former boss Jose Mourinho – on the horizon.

Chelsea started this win over Rennes like a team possessed. They should have taken a fourth minute lead, but Timo Werner somehow blazed Callum Hudson-Odoi’s inch-perfect low cross over the bar from six yards.

Having dominated the first clash between these two sides earlier this month, this tie appeared to be heading in an identical direction. 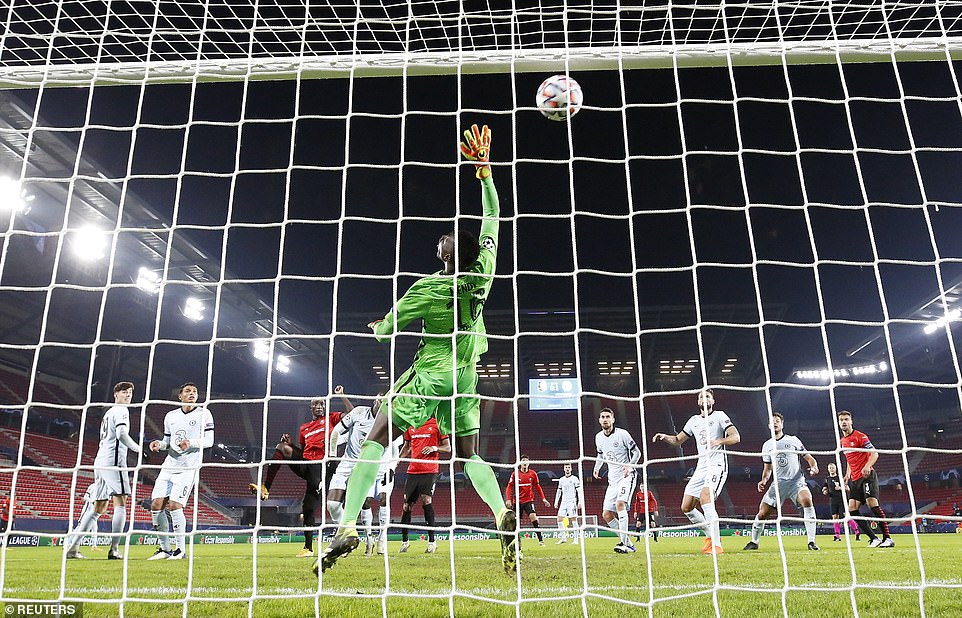 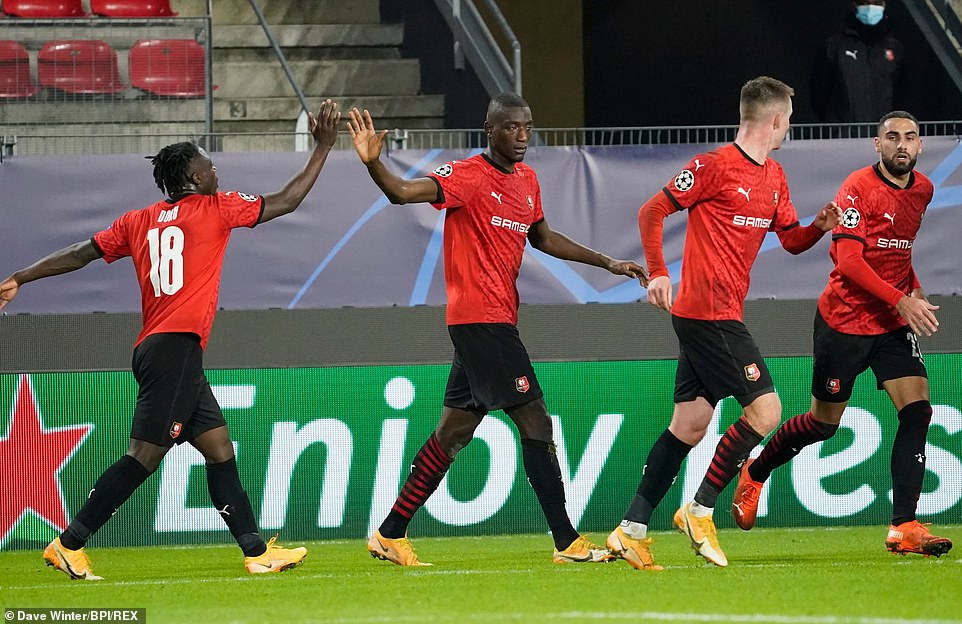 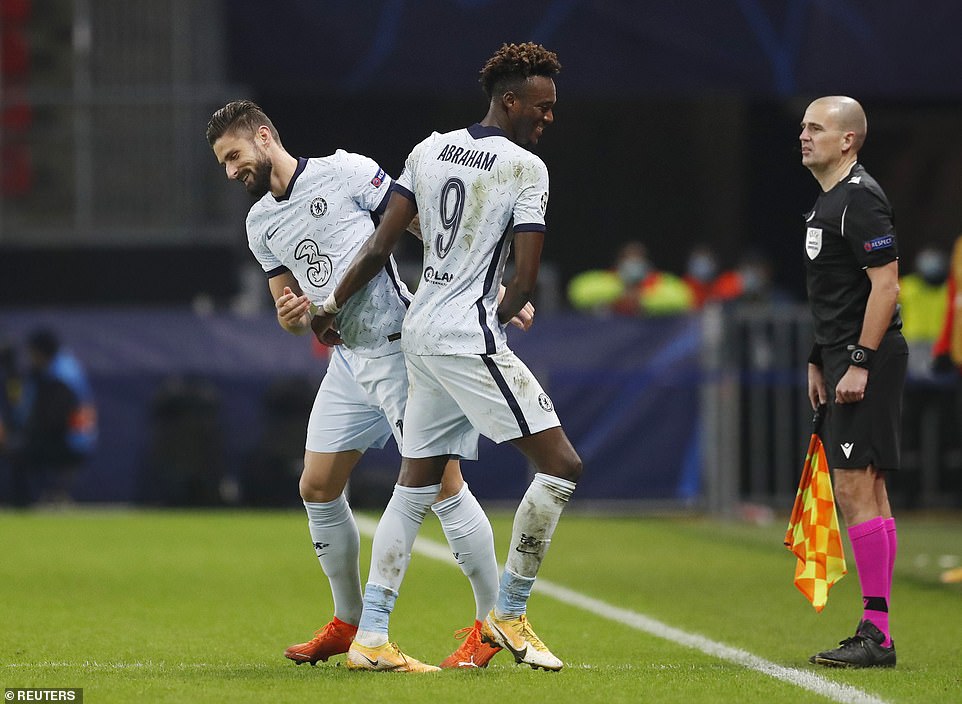 Rennes were pinning their hopes on Eduardo Camavinga, who missed first leg, but – at least for the first 35 minutes – the France international’s influence was minimal.

Much of that was down to Chelsea’s dominance, Mount squandering another golden opportunity after being set-up Ben Chilwell.

However, Chelsea’s grip loosened somewhat during the closing stages of the first half as Rennes finally found the accelerator.

James Lea Siliki wasted a decent chance following Jeremy Doku’s cross before Guirassy forced Edouard Mendy – returning to the club he left in the summer – into a comfortable save five minutes before the break.

Rennes were finally showing themselves, indeed Lampard would have been happy to hear the half-time whistle when he did.

Not that Chelsea appeared to be in any danger of losing control, but more to quell the head of steam Rennes looked to be building. 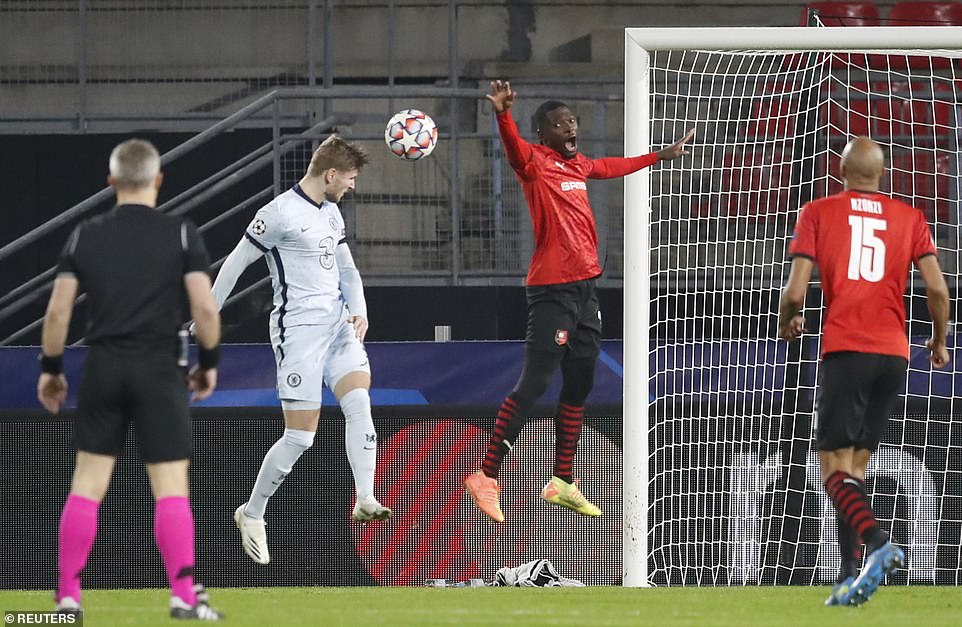 Timo Werner endured a frustrating night in front of goal for Chelsea, seeing a header ruled out correctly for offside 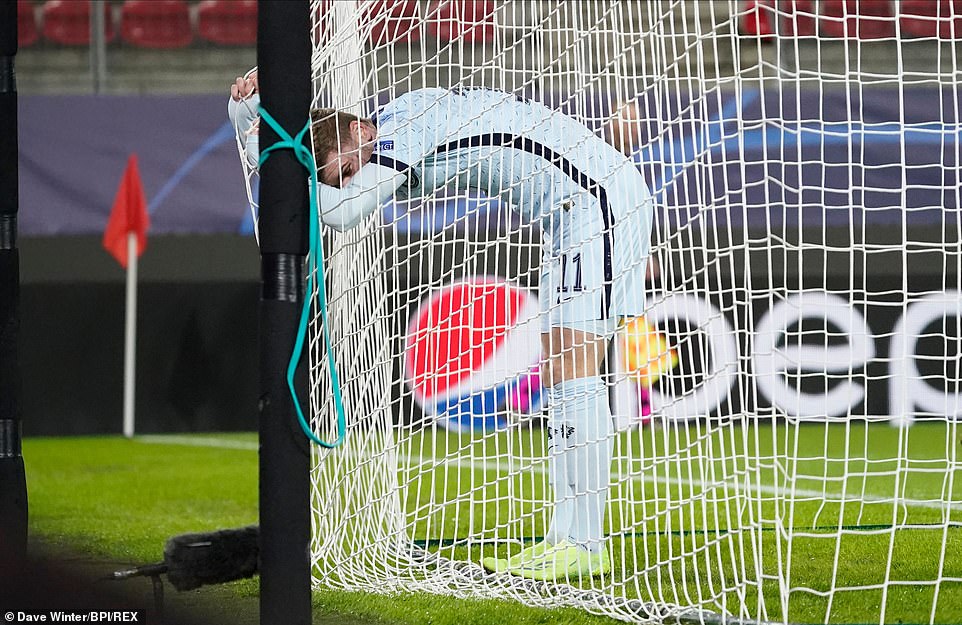 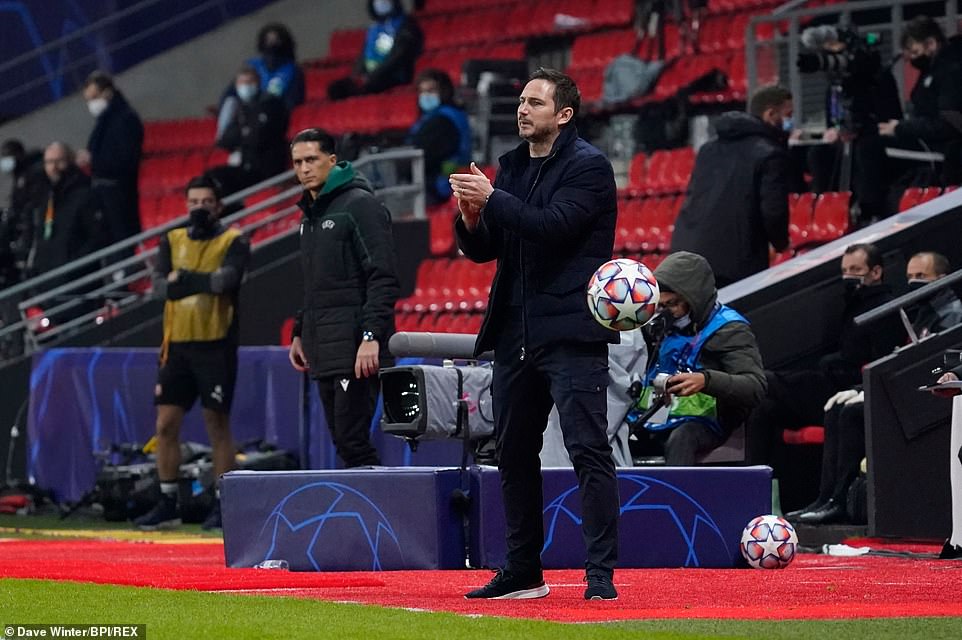 And so it turned out as Chelsea, like the first-half, came flying out of the blocks. Werner had the ball in the net in the 47th minute, but his header was rightly chalked off for offside.

But the longer Chelsea went without scoring a second the nervier it became. Hamari Traore saw his ferocious effort from the edge of the box defected wide by Thiago Silva before Guirassy lost his bearings when well positioned in Chelsea’s box.

The Chelsea boss was concerned enough to introduce experienced pair N’Golo Kante and Giroud to see out the game.

By this time Chelsea were leaning heavily on goalkeeper Mendy, who denied Guirassy and Gerzino Nyamsi with excellent stops.

But the threat to Chelsea’s goal continued and Rennes grabbed the equaliser their display probably deserved when Guirassy lost Silva’s attentions to powerfully head Benjamin Bourigeaud’s corner past Mendy as the Blues conceded their first Champions League goal of the season in the 85th minute.

However, the host’s joy was short lived as Giroud stole the show after Werner was denied by Gomis in the dying moments to ensure Chelsea continue to dine at European football’s top table.

RE-LIVE ALL THE ACTION AS IT HAPPENED…

Chelsea are on the cusp of booking an early spot in the Champions League last-16 as they return to European action when they visit Rennes.

Frank Lampard‘s men will look to repeat their 3-0 win in the reverse fixture. and providing Sevilla avoid defeat against Krasnodar it will be enough to secure a top two finish in Group E.

Follow Sportsmail’s DAN RIPLEY who will provide live UCL coverage of Rennes vs Chelsea including score, lineups and build-up.

ASK TONY: Why didn’t Direct Line tell me I had no travel insurance?