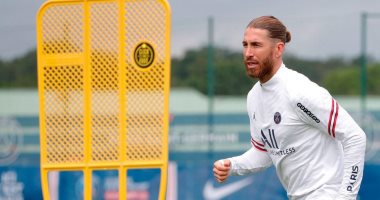 Paris Saint-Germain has set a tentative date for Sergio Ramos to return to the stadiums, and to make his first official appearance with the team in the French League.

The French newspaper, L’Equipe, reported that Sergio Ramos’ possible return will be against Rennes, in the match scheduled for next October 3, as he suffers from a muscle injury, which has forced him to leave the field, since the end of last season.

The newspaper confirmed that the Parisian club refuses to rush to pay its Spanish star until his recovery is complete from the injury he suffered last season.

Ramos, 35, suffers from a muscle injury that has forced him out of action since the end of last season.

In a related context, Paris Saint-Germain and the Italian Napoli are unique in the five European leagues, “Big 5”, during the current season 2021-2022, after more than 5 rounds have passed, achieving the full mark in their leagues.

Paris Saint-Germain managed to top the French Ligue 1 table with 21 points, after winning all seven matches it played this season, against Troyes, Strasbourg, Brest, Reims, Clermont, Lyon and finally Metz.

The Parisian team scored in 7 rounds of the French League 20 goals, as the strongest offensive lines in the competition, and conceded 7 goals, and the companions of Argentine star Lionel Messi play their eighth match in the French League against its guest team Montpellier on Saturday evening.