Rescue workers who have labored for 13 days to find survivors in the rubble of a collapsed Florida condo building have shifted their efforts from rescue to recovery.

An hour after the official announcement on Wednesday at 7.15pm they held a moment of silence for the victims to mark the end of their efforts to find anyone alive in what remained of the demoslished structure.

‘At this point we’ve truly exhausted every option available to us in the search and rescue mission,’ Miami-Dade Mayor Daniella Levine Cava told reporters earlier that evening. ‘So today is about beginning the transition to recovery to we can help to bring closure to the families who have been suffering and waiting for news.’

The official transition in operations will take place at midnight, she said.

The death toll as of Wednesday rose to 54, with 86 still missing, she announced. Of those, 33 victims have been identified, and 200 people have been accounted for. 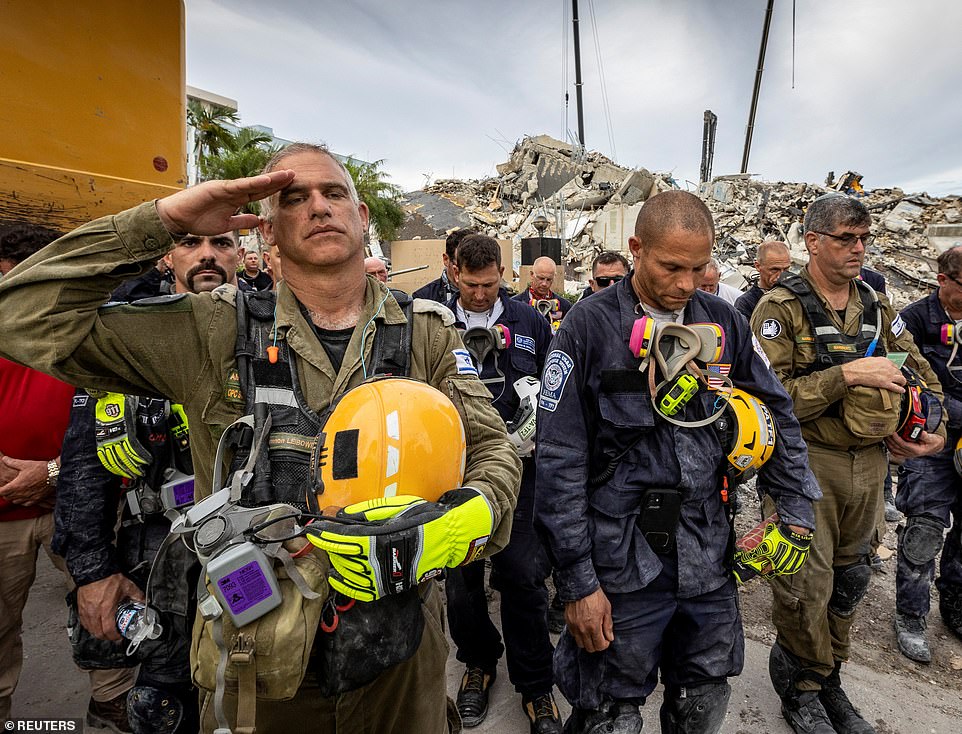 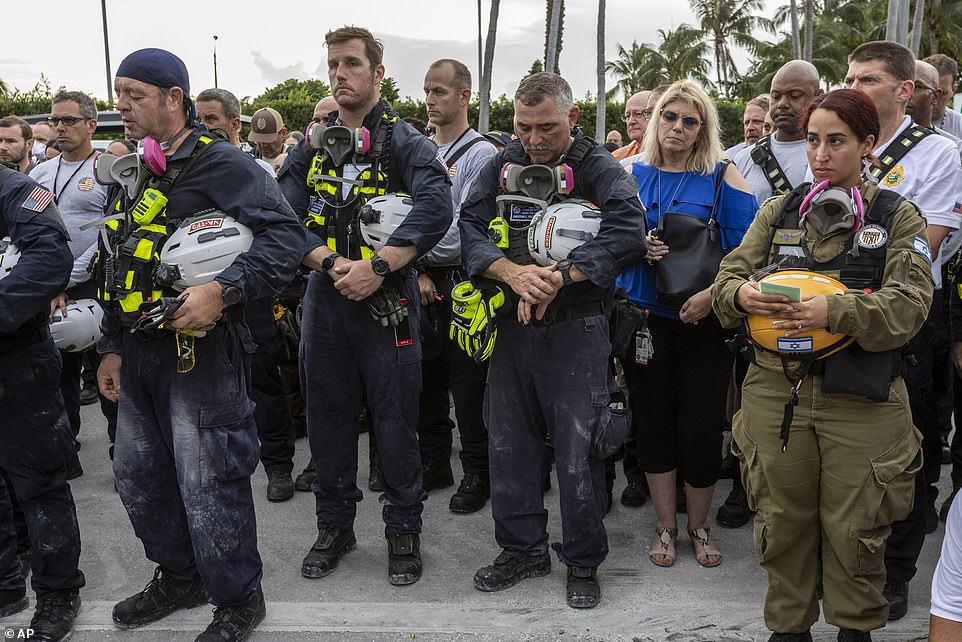 The search and rescue teams that had labored for nearly two weeks held vigil at 7.15pm 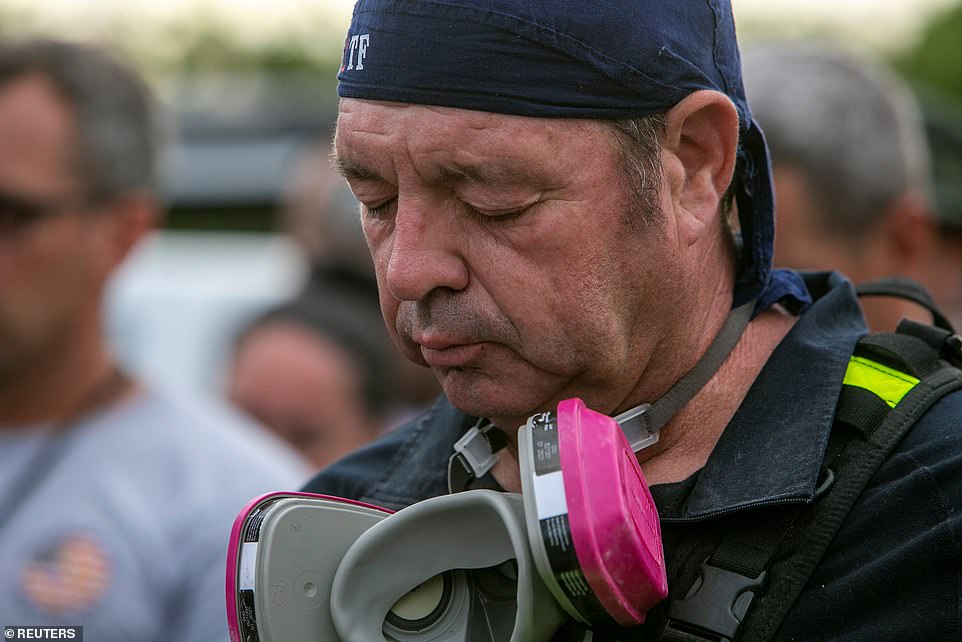 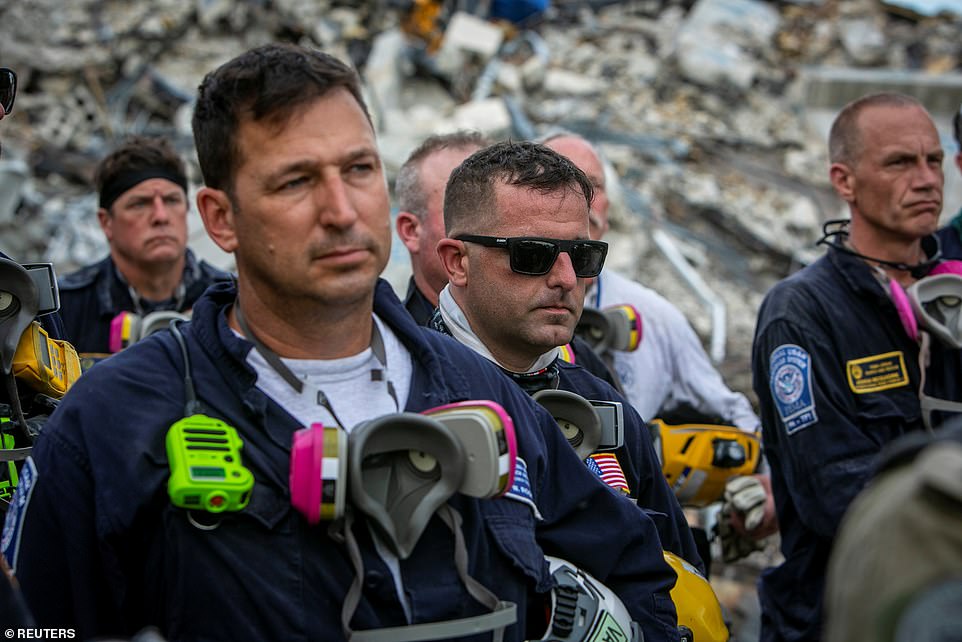 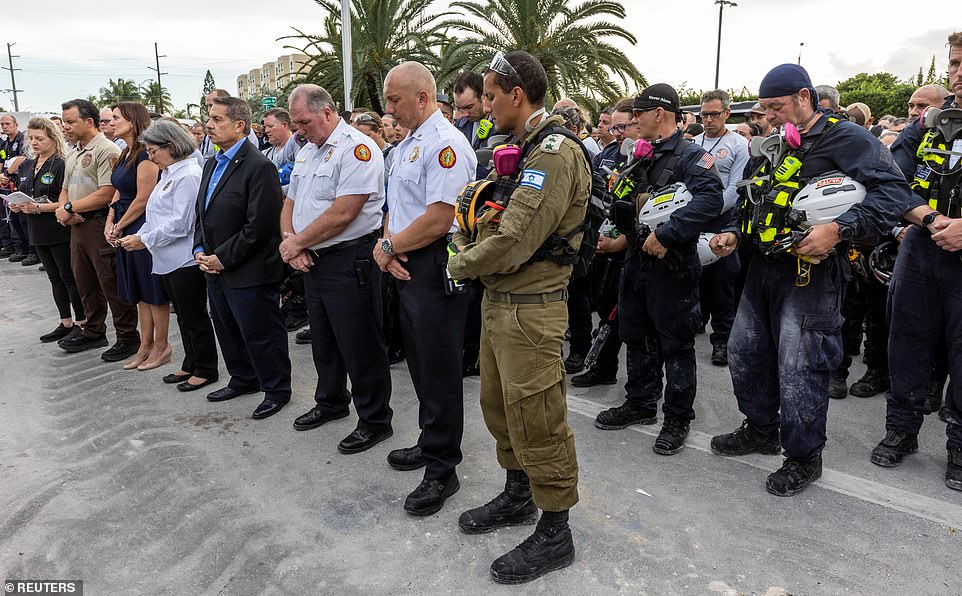 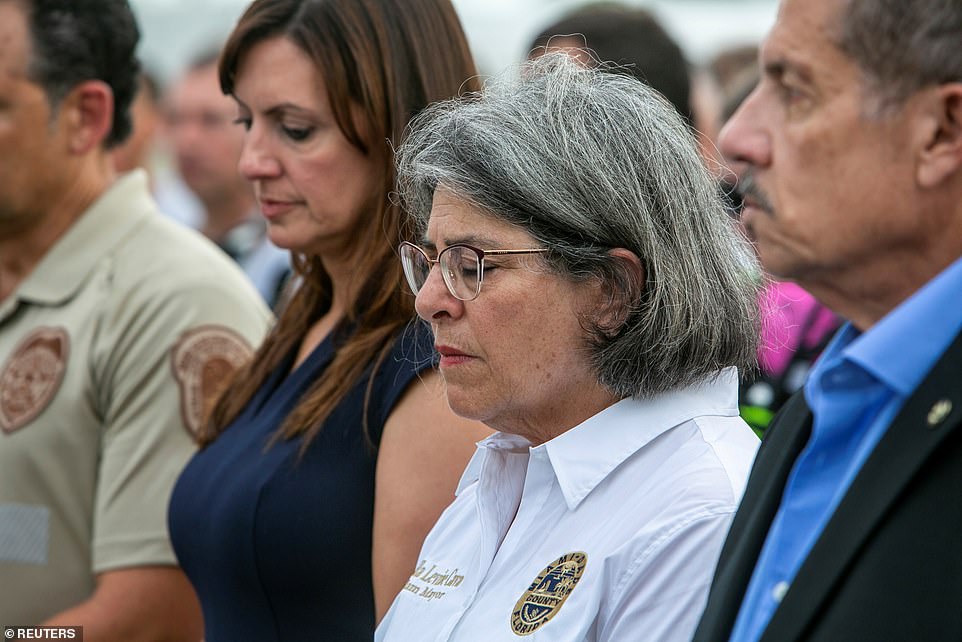 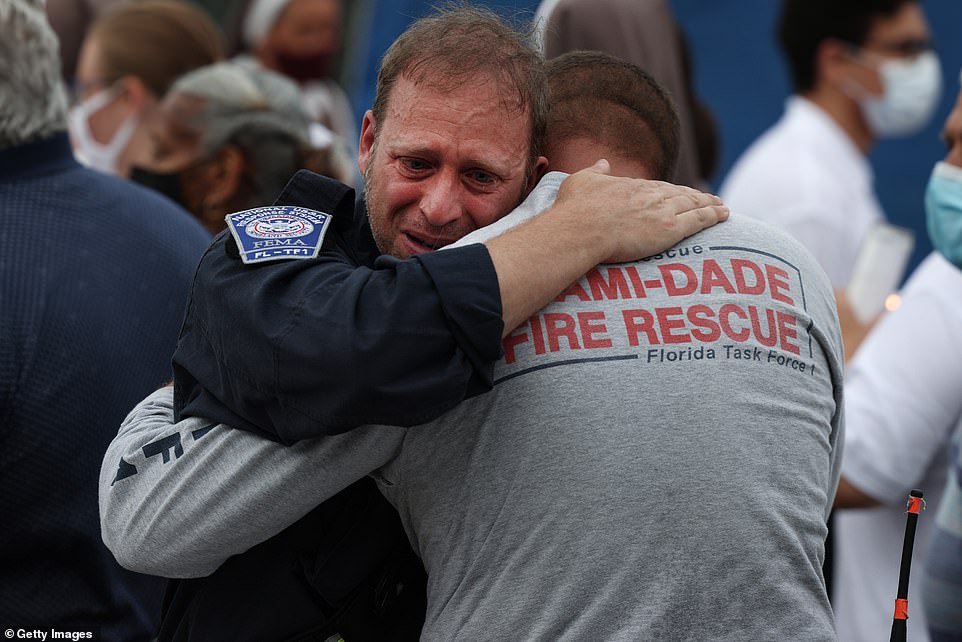 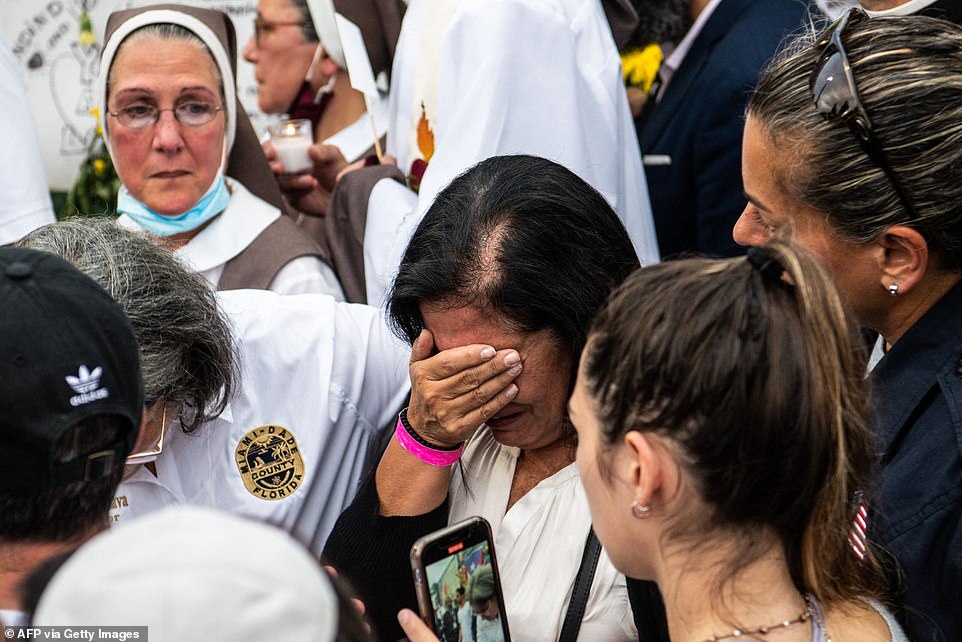 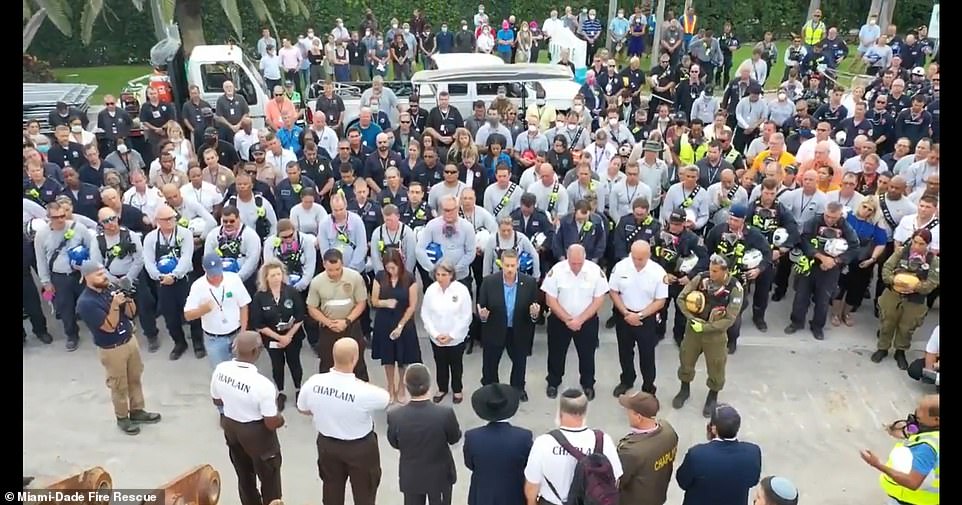 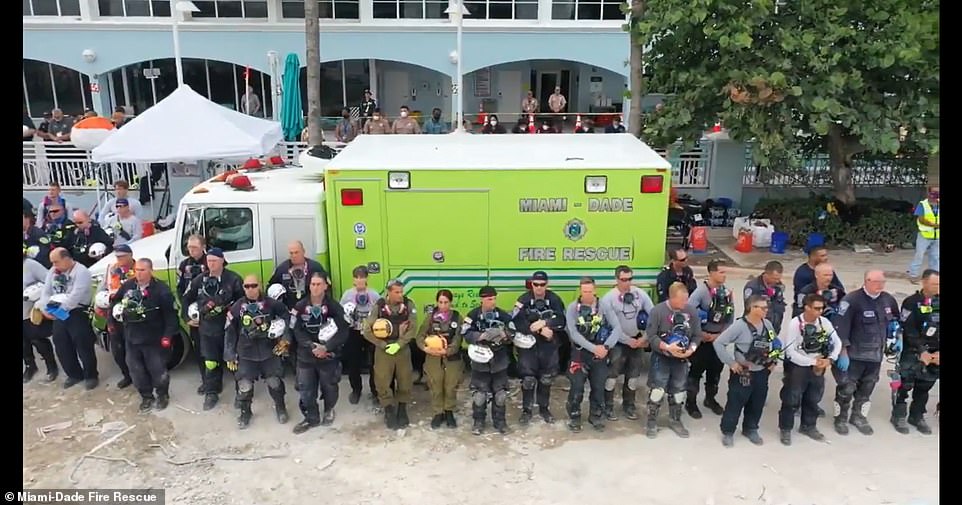 After 13 days searching the rubble of the building, however, they had found only remains since the first hours after the collapse 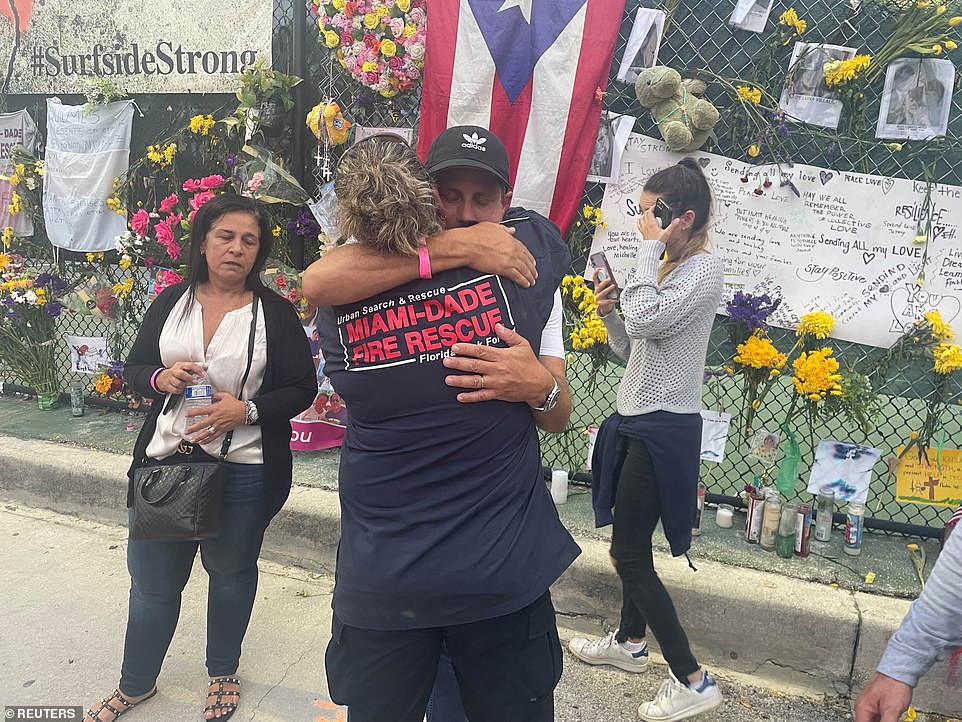 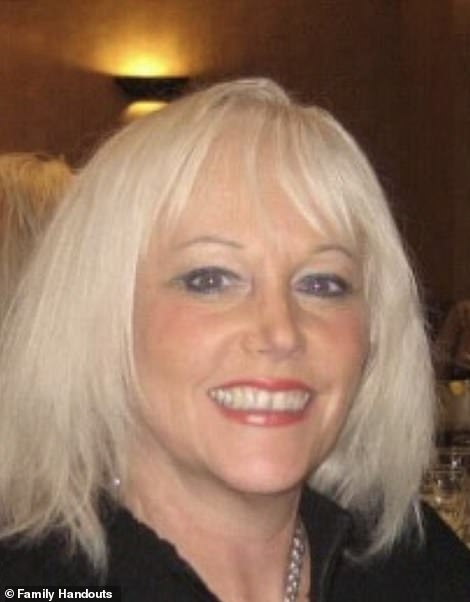 On Wednesday, officials also identified another victim of the collapse, Elaine Lia Sabino, 71, who was a flight attendant

Sabino was a flight attendant, working for years with US Airways and JetBlue.

She lived on the top floor of the condo with her friend, Richard Augustine, 77, who remains missing.

She was often known to give a helping hand, and even volunteered in 2009 to help with the rescue effort when US Airways Flight 1549 struck a flock of birds and made an emergency landing in the Hudson River.

‘We were like sisters and stayed in touch pretty often,’ Sabino’s friend Shelly Angle told the Miami Herald. ‘The main thing people know about Elaine is she’s always there to give you a hand in everything you’re doing.’

During Wednesday’s official announcement, Surfside Mayor Charles Burkett said: ‘The possibility of finding someone still alive is near zero.’

However, he added that he was still holding out hope for a miracle.

Miami-Dade Assistant Fire Chief Raide Jadallah told families earlier in the day that after searching all areas of debris, they have concluded that it will now be next to impossible to find people alive.

He said that there were a number of factors that led to the decision to shift in operations. 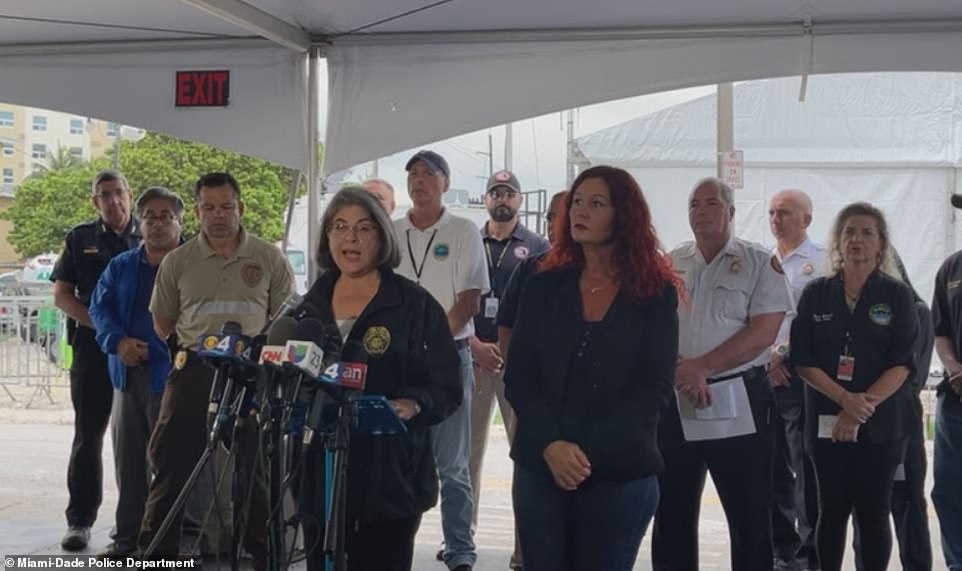 Levine Cava said Wednesday evening that the death toll from the deadly condo collapse in Surfside on June 24 had risen to 54, with 86 still unaccounted for as she announced that operations at the site of the collapse would transition from rescue to recovery 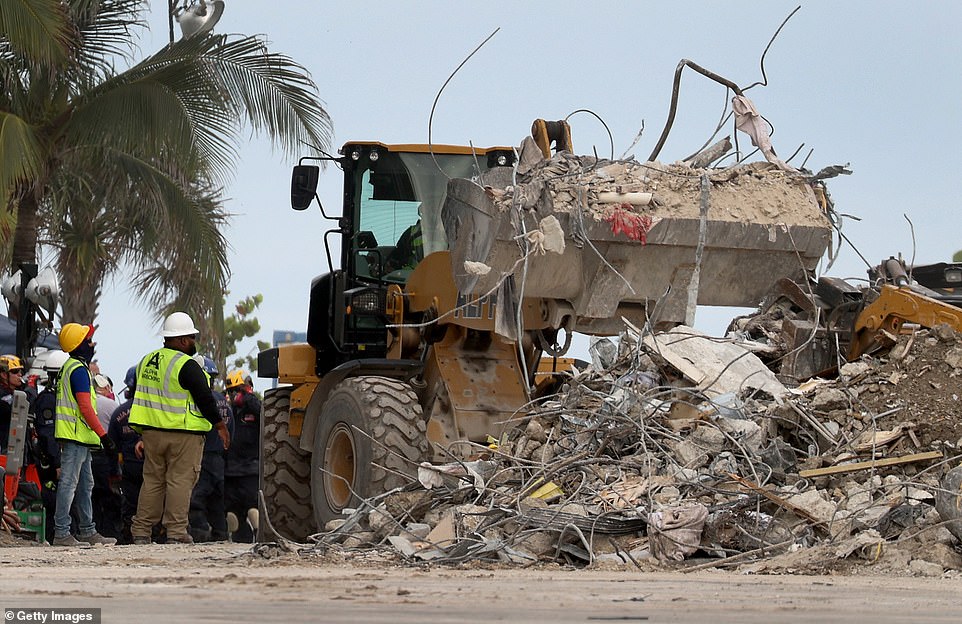 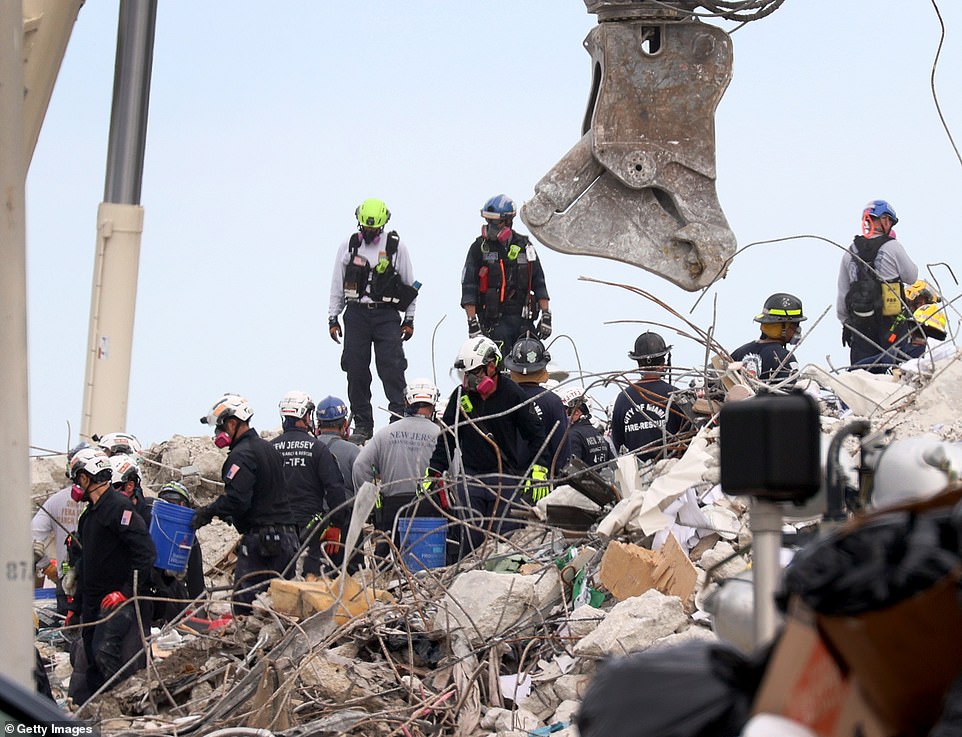 Officials said the decision to switch to recovery operations was based on a number of factors, including the nature of the collapse 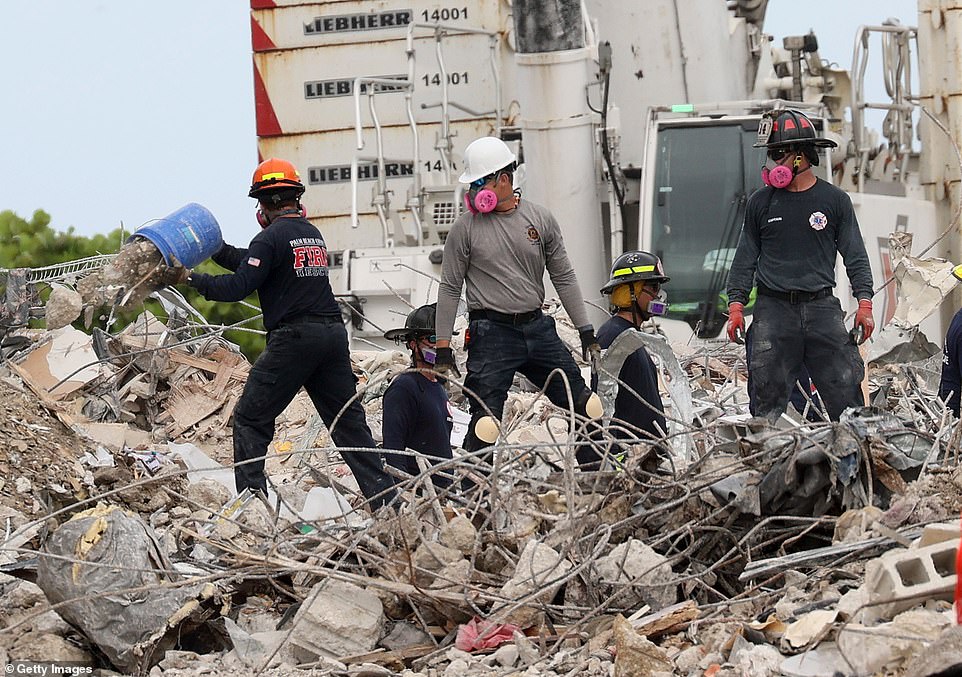 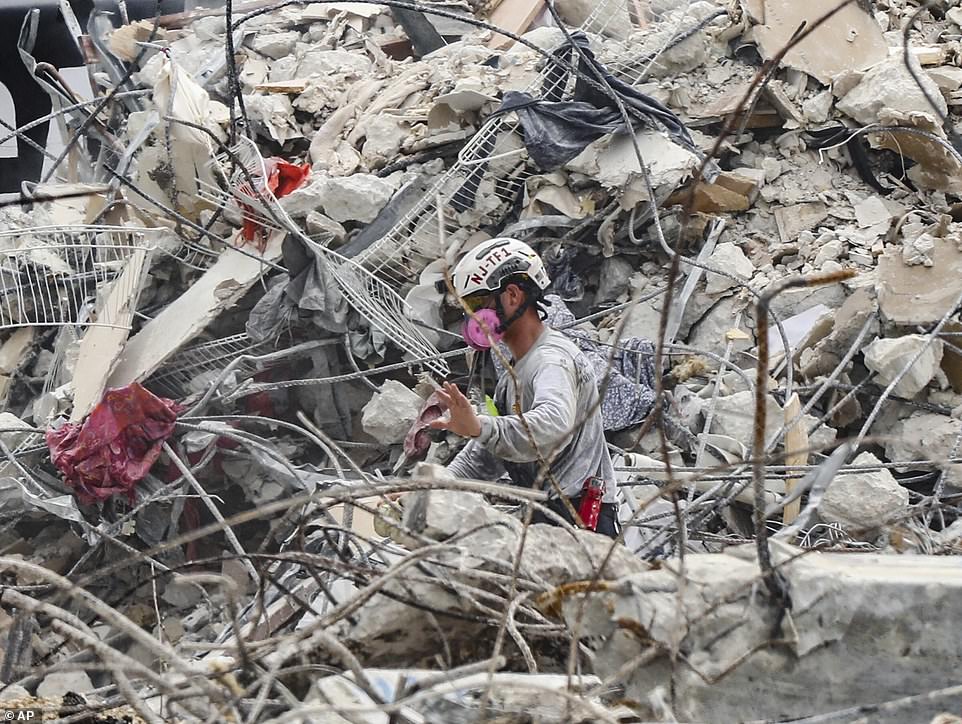 Crews recovered 18 bodies from the rubble of the collapsed condo in Surfside Wednesday, the highest single-day total, bringing the death toll to 54

Among them, he said, included the nature of the collapse, which he described as a ‘pancake,’ which left few voids, or spaces amid the debris, where victims could have survived.

That type of collapse, he said, ‘gives you the lowest probability of survivability.’

Additionally, after 13 days, Jadallah said there was little possibility victims could have survived without access to food, water or air.

‘We could easily base this decision on emotions, and you just can’t do that,’ he said.

Chiefly, he said, the main difference in operations would be a shift away from taking care not to injure survivors in the search efforts, and instead to ensuring remains removed from the site suffer as little damage as possible.

Instead they found more than a dozen victims, many of them dead in their beds.

The announcement came after crews pulled 18 more bodies from the collapsed Champlain Towers South condo building Wednesday, and the emotional toll mounted as officials fought back tears and lamented the ordeal of exhausted families still awaiting word on missing loved ones.

The 13th day of the search yielded the highest number of bodies found in a single day. 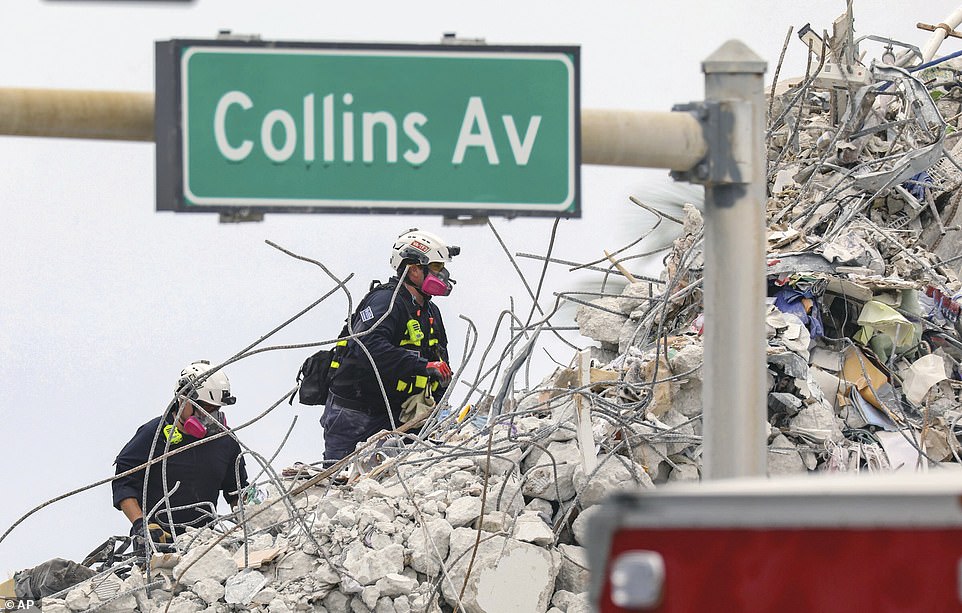 During the earlier news conference, Levine Cava repeatedly tried not to weep, paused and shook her head as she described the effect of the tragedy on rescue workers and the families of the victims. 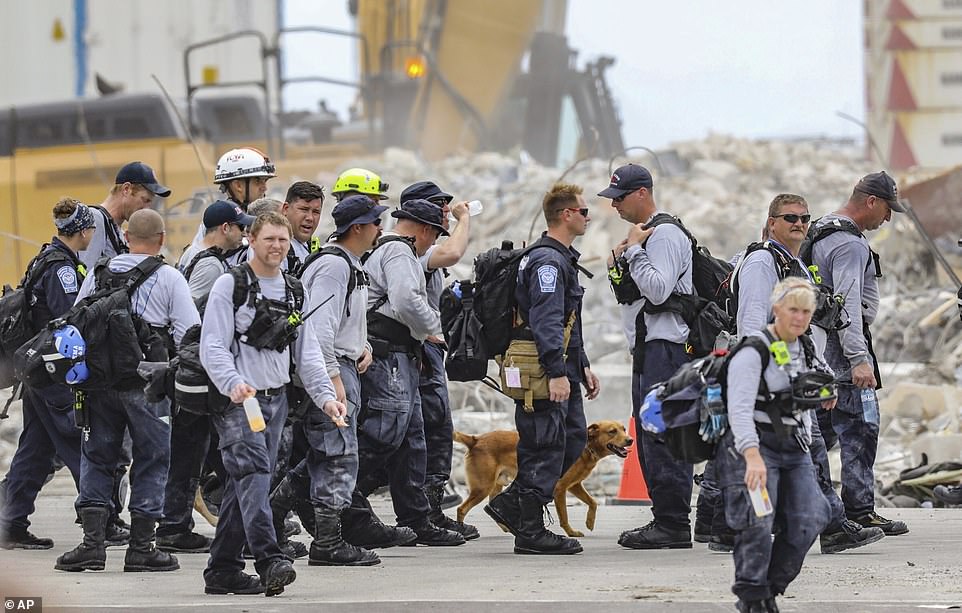 So far 86 people remain unaccounted for, as rescue crews continued their efforts Wednesday 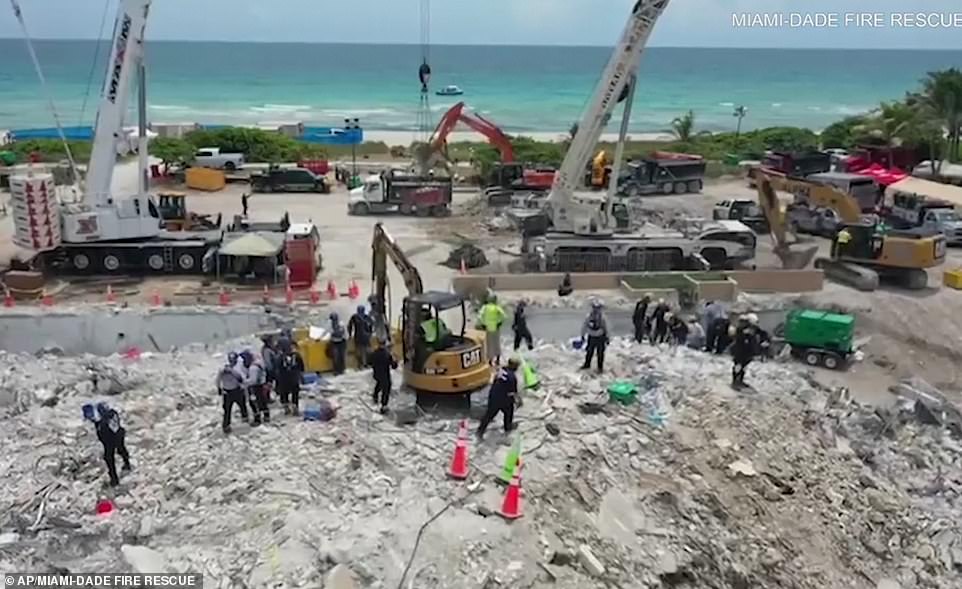 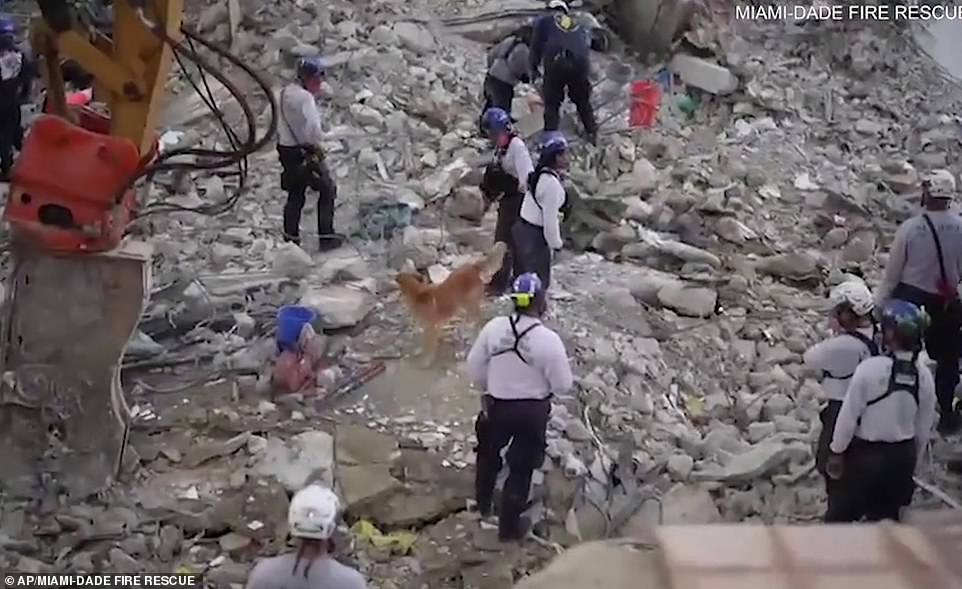 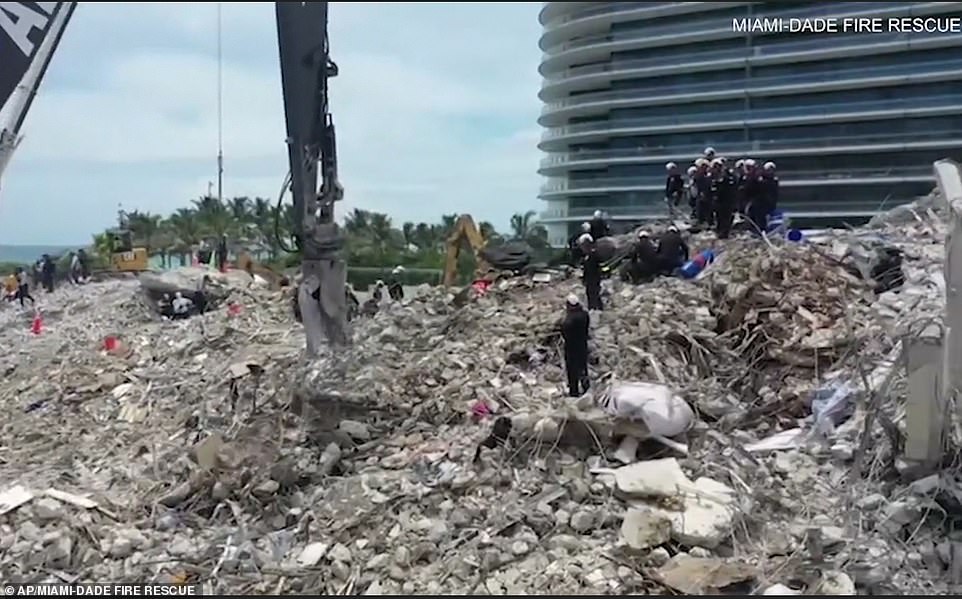 Levine Cava said detectives were working continuously to determine whether all of the 86 people still unaccounted for were actually in the building when it came down. 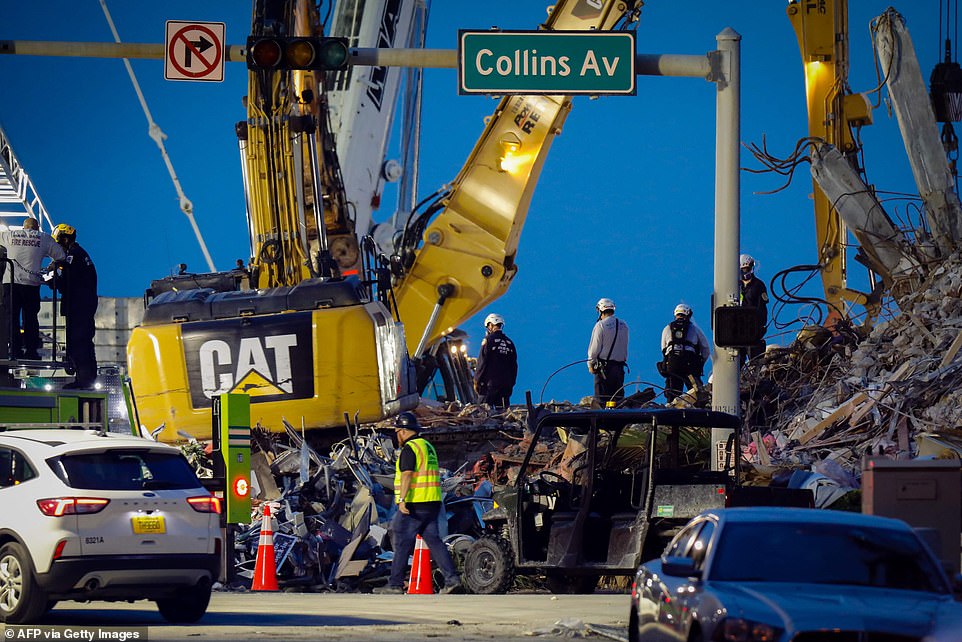 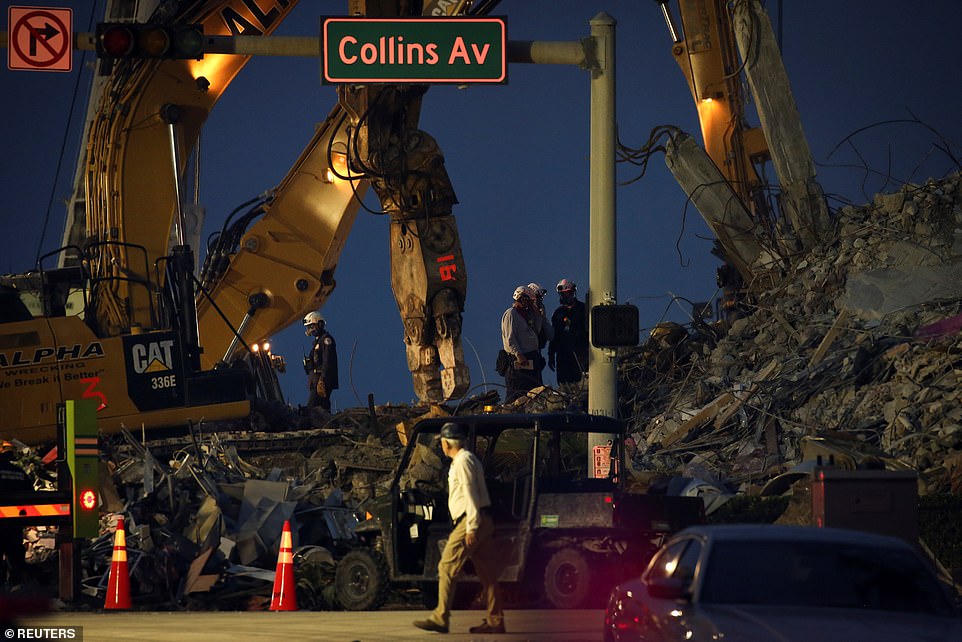 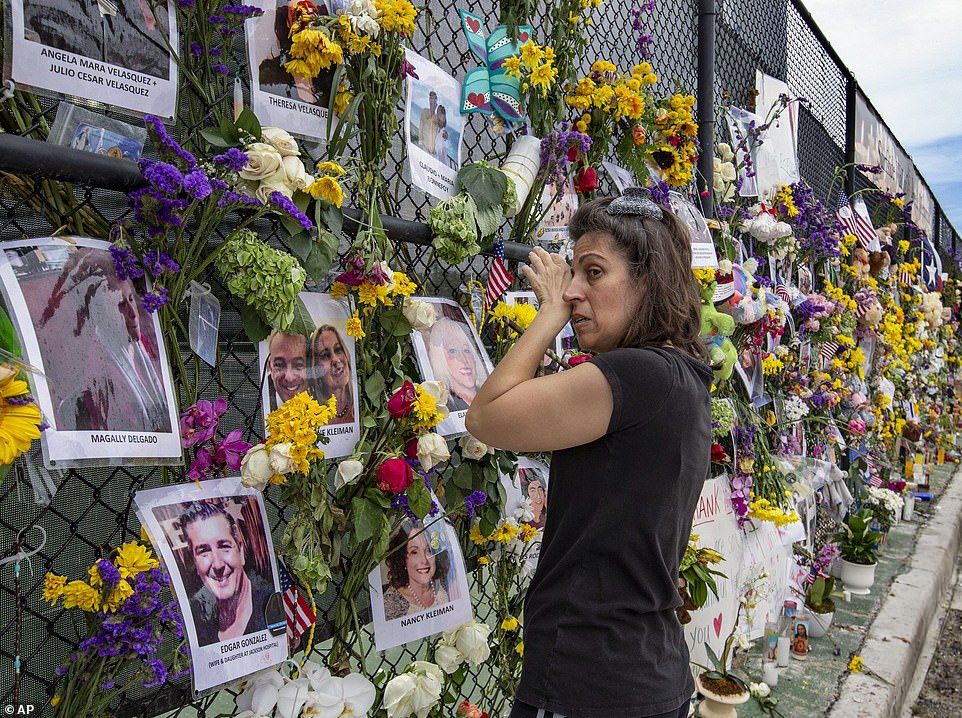 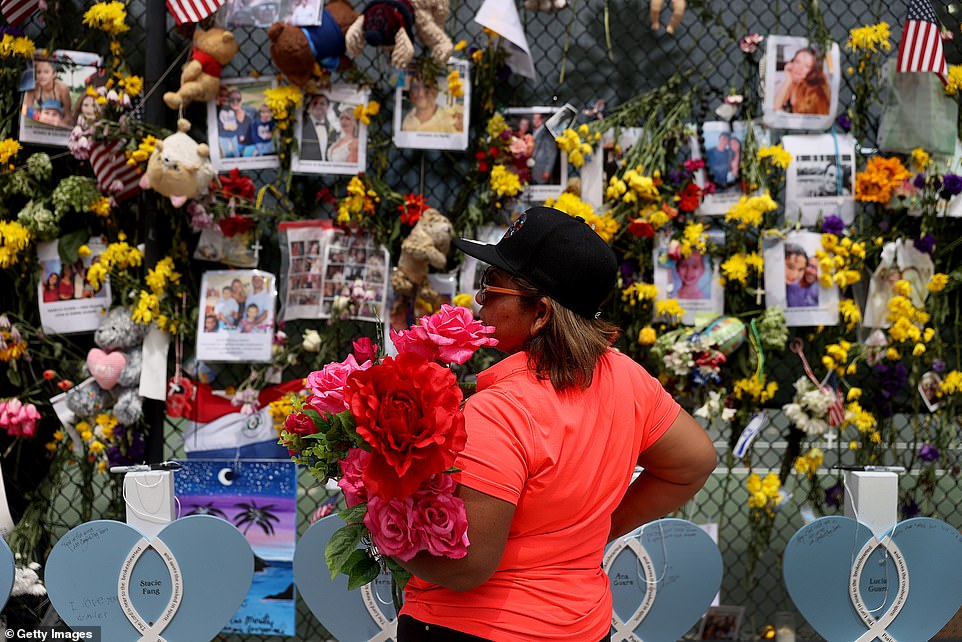 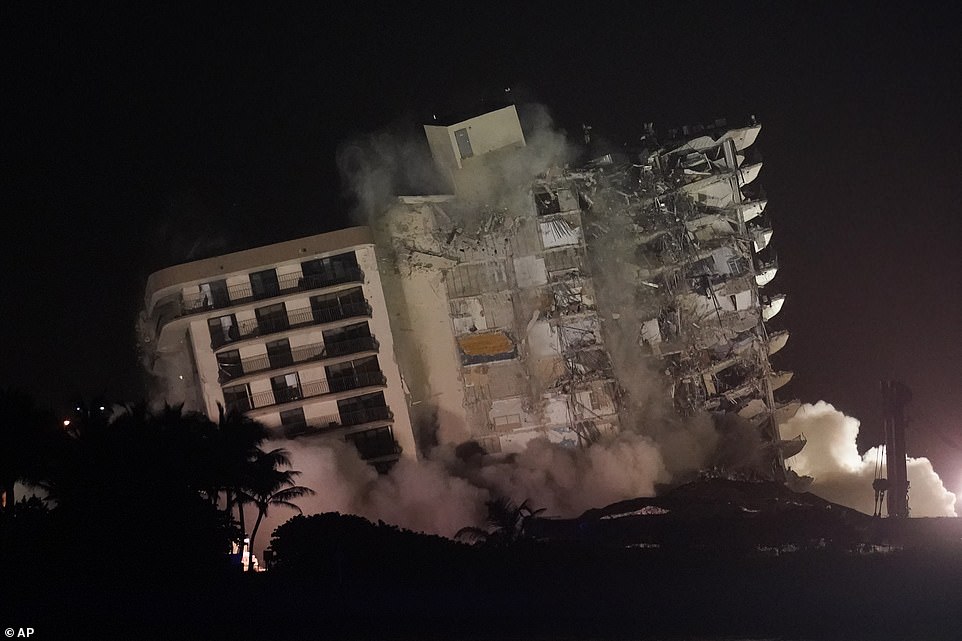 Statement by WHO experts on the origin of the epidemic