‘Rest now, while we can.’ At Estonian NATO base, troops prepare for Putin’s next move – POLITICO 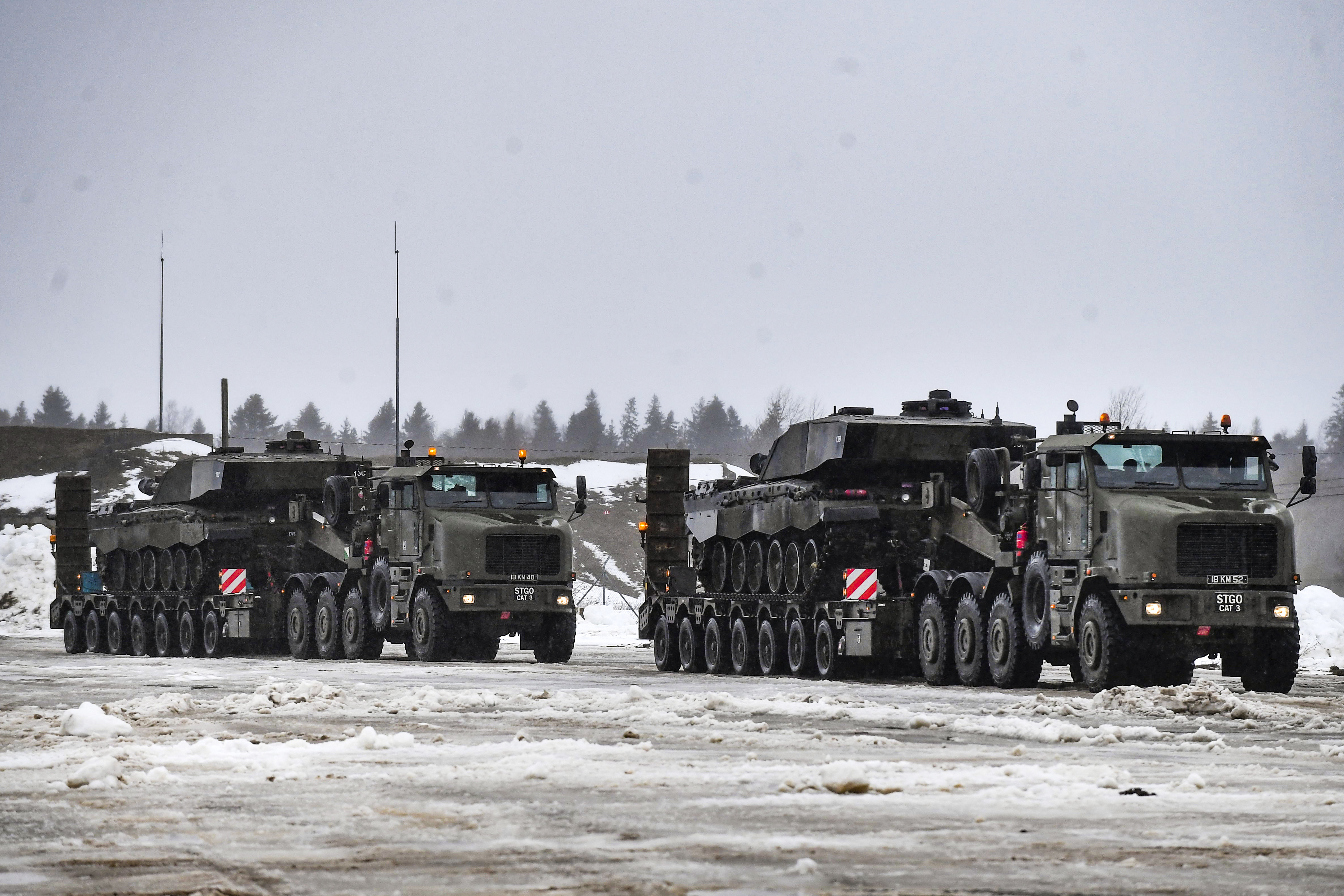 TAPA, Estonia — At NATO’s Tapa military base in central Estonia, Russia’s invasion of Ukraine has sparked a heightened sense of purpose among the troops.

On a recent weekday, and despite heavy snow, there were plenty of signs of activity in and around the frontline camp — just 160 kilometers from the Russian border — as soldiers wondered what Russian President Vladimir Putin’s future plans might be.

In the town of Tapa, north of the base, armed Estonian conscripts practiced street patrols, methodically checking side roads for would-be invaders. Closer to the main camp, a civilian police vehicle skidded to a halt to block oncoming traffic before a convoy of eight hulking military trucks came barrelling along on a training exercise. Armored vehicles could also be seen tracking the edge of a forest further off-road.

Inside the camp, Colonel Andrus Merilo, who as head of Estonia’s first infantry brigade functions as base commander, said Moscow’s decision to launch a full-scale invasion of one of its neighbors had focussed people’s minds on the task at hand here: national defense and the potential threat Russia could pose toward Estonia.

“Vigilance is the key thing,” he said. “We must exercise it now, so we don’t miss any indications that the threat will be directed towards Estonia.”

He said his troops had long prepared for such a scenario based on lessons from Estonia’s history — it was occupied by the Soviet Union for 48 years — and Russia’s aggression against its neighbors over recent years.

“Our system is built so that we have already foreseen this situation,” Merilo said. “Ukraine is currently under the Russian invasion, but we have prepared for Estonia, Latvia, Lithuania and all the Baltic Sea region to face the same kind of military incursion.”

Indeed, Baltic leaders have been flagging the risk of Russian aggression in the region since at least 2008, when Russia invaded Georgia.

Former Latvian Prime Minister Valdis Dombrovskis, now a European commissioner, said this week that Putin would likely target the Baltic states to expand his country’s access to the Baltic Sea, if he achieves his military aims in Ukraine.

Baltic leaders have called for NATO troops to be stationed at bases such as Tapa on a permanent basis, but for now they remain on a system of permanent rotation.

Outside Merilo’s office, on the edge of the parade ground, British troops could be seen shouldering what looked like a batch of new rocket launchers, testing the sights and getting the feel of the kit.

The flags of NATO, Estonia, the U.K., the EU, France and Denmark — all of which have troops here — flapped atop poles above their heads.

Across the parade ground, at the camp headquarters of the British Royal Tank Regiment Battlegroup, Lieutenant Colonel Simon Worth, the commanding officer, suggested that if his troops had ever wondered why they had been posted to rural Estonia, Russia’s renewed attack on Ukraine had definitively answered that question.

“Right now, the strategic context and the continuous news feed that they see means that there is no explanation necessary about why this is so important,” he said. “A sense of purpose is an amazing thing.”

In a storage facility down a rutted road from Worth’s office, a motor roared and a crane lifted an engine into an armored vehicle while engineers called instructions to each other.

A British Challenger 2 tank parked outside stood ready for its next training exercise. The tank commander in charge of it said he felt his soldiers had put their months in Estonia — his battlegroup arrived in Tapa last September — to good use learning how to operate the vehicle in soggier, more densely forested and colder conditions than they had been used to.

Temperatures here fell to minus 26 degrees in December, forcing the battlegroup to quickly adapt its approach, commanding officer Worth said.

“Just living in that [environment] is challenging, so fighting in it is even harder,” he said.

A precursor to the Tapa base was built by the Soviet Red Army during its occupation of Estonia, which lasted between 1940 and 1941 and again between 1944 and 1991, when the Soviet Union collapsed.

The departure of the Soviet forces took several years and camp commander Merilo — who enlisted in 1992 — said that his first job as a conscript was to guard an Estonian base in case the Russians decided to attack rather than withdraw.

Along with the other two Baltic states, Estonia joined the EU and NATO in 2004, cementing its position among Western nations.

Since then, bases like Tapa and Adazi in Latvia have been modernized and expanded, but Baltic concerns that Russian forces could return have never gone away.

After Russia invaded Georgia in 2008 and Ukraine in 2014, the Baltics called on NATO to deploy troops across its eastern edges. In 2016, at a summit in Warsaw, NATO leaders decided to rotate troops permanently through Estonia, Latvia, Lithuania and Poland.

Merilo said he believes taking Ukraine is only “an intermediate goal” for Putin and that NATO needs to be prepared for him to go further.

Merilo said he sleeps well, but not because he believes trouble isn’t coming.

“What we prepared for for decades is now happening, there is nothing more to wonder about,” he said. “We should get our rest now, while we can.”